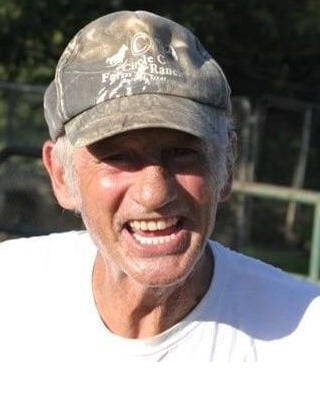 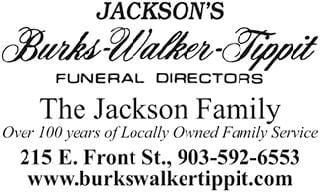 Dwayne “Pete” Maxie Sackett
POYNOR — A memorial service for Dwayne Maxie “Pete” Sackett, 76 of Poynor will be held Saturday, October 30, 2021 at 10:00 am at Jackson’s Burks Walker Tippit Funeral Home in Tyler with Rev. Dr. Matt Thomas officiating. Visitation will be one hour prior to the service.
Dwayne went to be with our Heavenly Father on Sunday, October 17, 2021. He was born January 15, 1945 in Jacksonville, Texas to J. Maxie Sackett and Mildred Thedford. He was raised in Tyler where he established a home base. He loved God and country, keeping a strong faith in our Lord. He served in the United States Air Force and when he transitioned out of military service, he started in the trucking industry where for many years he was fortunate to see and experience, firsthand, what our great country has to offer.
From a strong-willed young man throughout his lifetime, his love of horses was his true calling - a kindred spirit of sorts - strong and reliable. He shared a special bond with horses and his natural talent would lend itself to a “horse whisperer”. He was known in the horse world as one of the most knowledgeable horsemen around and established trust and many friendships along the way. Most believe he was the last of his kind.
He lived life with a tenacious spirit, strong will, and a great physical prowess. He was ‘old school’ and proud of it and lived his life on the basic principles of hard work and a man’s handshake was his word. He was a man of many layers, tough as nails, what you saw was what you got, and you were lucky to call him friend, son, brother, dad, grandpa, or uncle.
He was preceded in death by his parents, brother, Richard Sackett, sister, Mary Louise Sackett, and sister-in-law, Mary Louise Sackett.
Left to cherish his memory are the love of his life, Kelly Sackett, Poynor, TX.; his four children, Daryl (wife Joanne) Sackett, Olive Branch MS, Shawn Sackett, Josh Sackett, Poynor, TX. and Jared Sackett, Fredricksburg, VA.; and his sister Margaret Lane, Winnsboro, TX. Survivors also include his grandchildren, Erik Sackett (wife Katherine), Katie Sackett, Morgan Sackett, Wyatt Sackett, Leah Sackett, Orrin Sackett, and Addelyn Sackett; 3 great-grandchildren Noah Sackett, Winter Sackett, and Evelyn Sackett; numerous nieces and numerous nephews and extended family, and many friends.
In lieu of flowers, he’s asked for donations be sent to the Texas Thoroughbred Educational Fund (tteflogo).
To view online, please go to www.burkswalkertippit.com.

Funeral Home
Subscriber 1/2
WHO WE ARE TMT