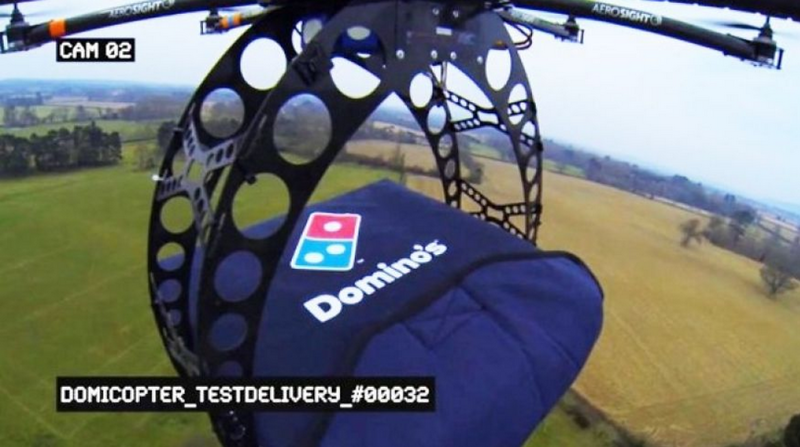 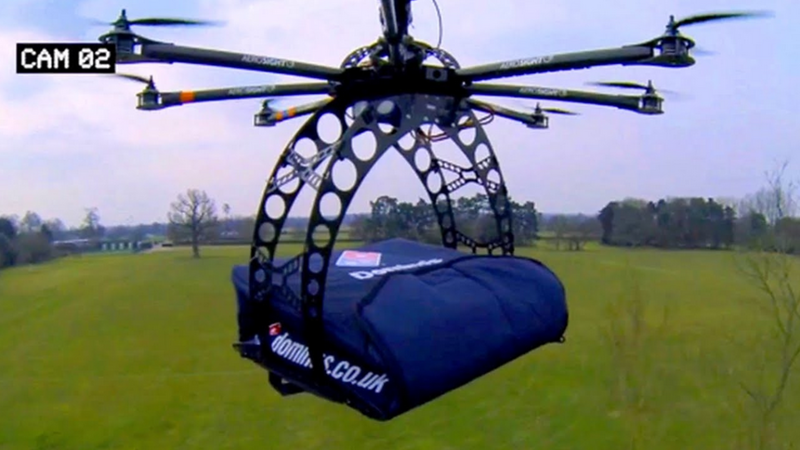 Exactly how much should you tip a pizza delivery drone?

That's just one question likely to vex hungry New Zealanders who could soon find their Domino's Pizza order landing on the doorstep via an aerial drone.

Other quandaries to ponder: What happens if it starts to rain before my food arrives? What if the neighbor's dog beats me to the door? Is creating a pizza delivery drone really the best use of an engineer's time?

Who cares? It's pizza, and now it flies!

Domino's Pizza Enterprises in New Zealand has successfully demonstrated a flying drone that can transport pizza, and the chain will partner with a drone delivery company called Flirtey to make the service available to customers later this year, according to the Guardian. The paper reports that New Zealand approved commercial drone delivery last year, becoming one of the first countries to allow such services.

Domino's Pizza Enterprises holds the master franchise rights for the Domino's brand in New Zealand, Australia, Japan, France and Germany, among other countries. The largest Domino's international franchise, the company has 1,900 storefronts in all.

"With the increased number of deliveries we make each year, we were faced with the challenge of ensuring our delivery times continue to decrease and that we strive to offer our customers new and progressive ways of ordering from us," Domino's Group chief executive and managing director Don Meij told the New Zealand Herald.

In the United States, drone delivery is a bit more complicated. Federal aviation regulators and the Obama administration have imposed tight controls on who can operate drones and where they can do so, although Amazon.com and Google, among other big corporations, are seriously experimenting with the concept. Amazon Chief Executive Jeffrey P. Bezos owns The Washington Post.

Nevertheless, few take pizza innovation as seriously as the Kiwis and their neighboring Australians. Earlier this year, a Domino's Pizza Enterprises research lab in Australia unveiled an autonomous robot that looks like a warming drawer on wheels and can transport as many as 10 pizzas in a single trip. In March, the Domino's Robot Unit carried out its first successful delivery.

"We have a relentless passion to push the boundaries of what's possible with pizza delivery," Michael Gillespie, chief digital officer for Domino's in Australia, told The Post in March. "As we get further, it's not hard to believe that we might have a store with a couple of [robots] that are doing deliveries."