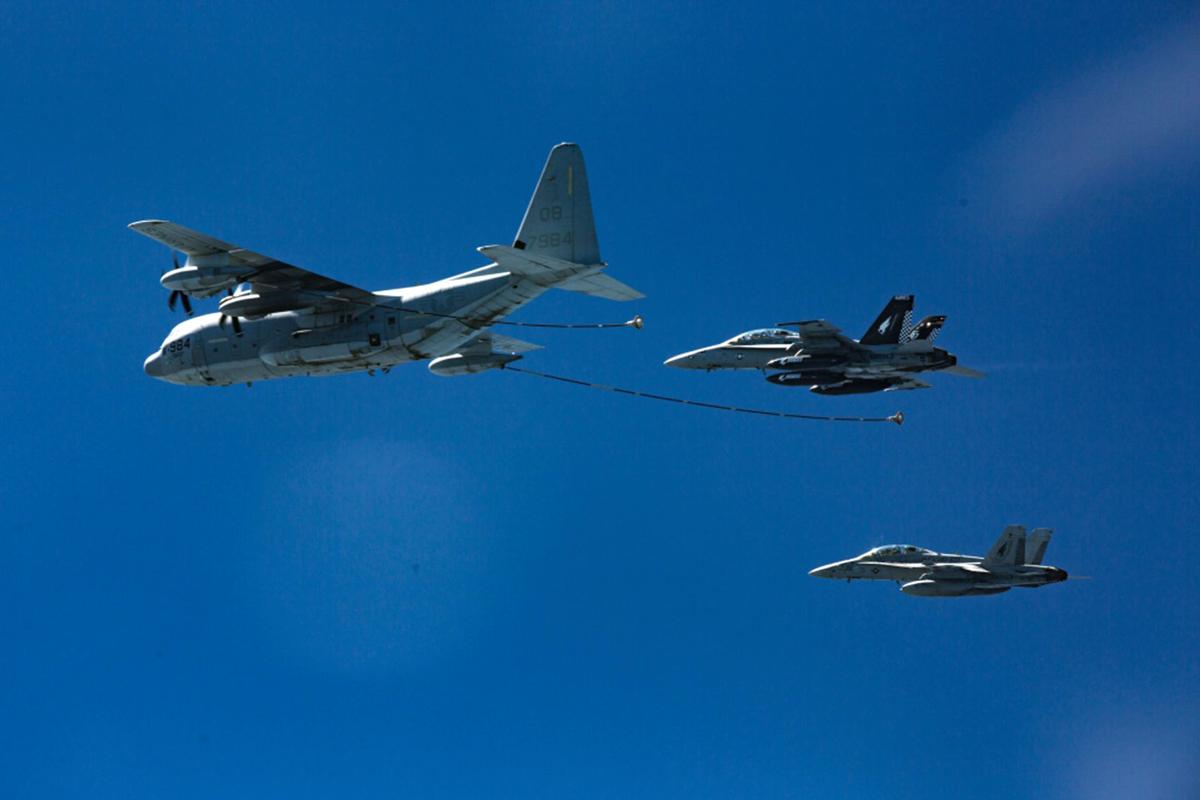 In this Oct. 13, 2016, photo provided by U.S. Marine Corps, two F/A-18D Hornets with Marine All-Weather Fighter Attack Squadron 533 approach a KC-130J with Marine Aerial Refueler Transport Squadron 352 during a Special Purpose Marine Air-Ground Task Force - Crisis Response - Central Command aerial refueling exercise in undisclosed location. On Thursday, Dec. 6, 2018, two American warplanes crashed into the Pacific Ocean off Japan's southwestern coast after a midair collision, and rescuers found one of the seven crew members in stable condition while searching for the others, officials said. The U.S. Marine Corps said that the crash involved an F/A-18 fighter jet and a KC-130 refueling aircraft during regular training after the planes took off from their base in Iwakuni, near Hiroshima in western Japan. (Cpl. Trever Statz/U.S. Marine Corps via AP) 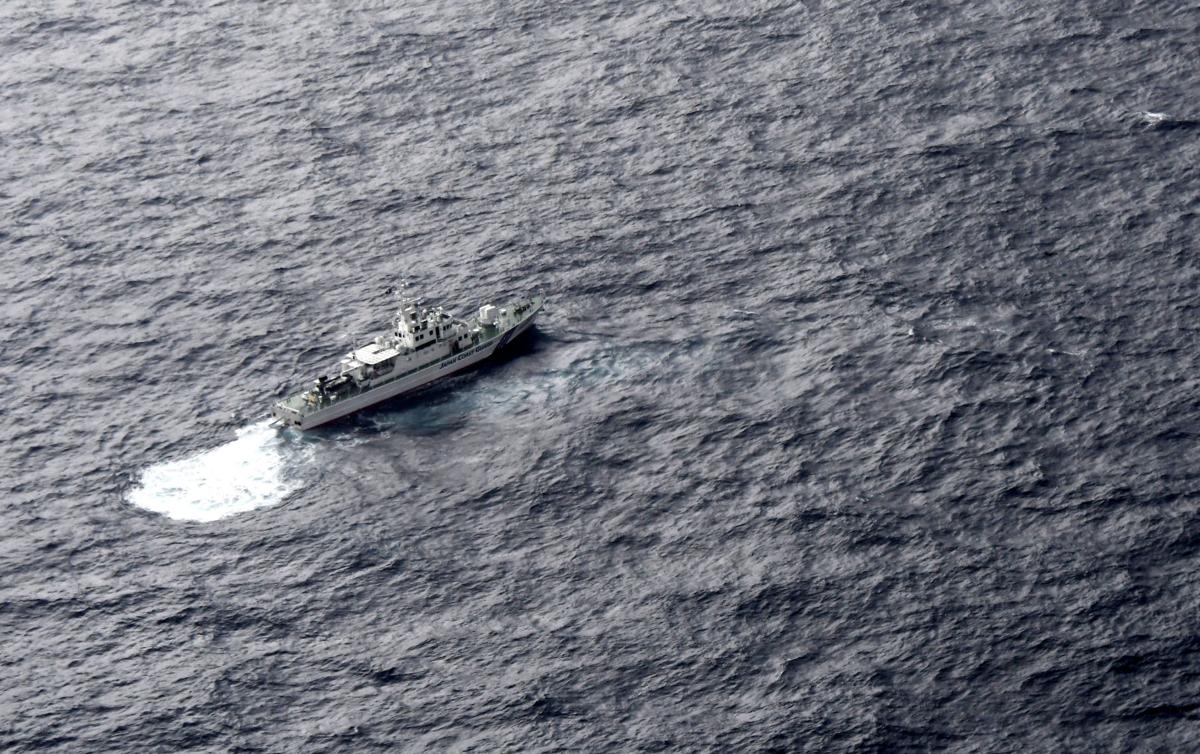 In this aerial photo, Japan's Coast Guard ship is seen at sea during a search operation for U.S. Marine refueling plane and fighter jet off Muroto, Kochi prefecture, southwestern Japan, Thursday, Dec. 6, 2018. A Marine refueling plane and a fighter jet crashed into the Pacific Ocean off Japan's southwestern coast after a midair collision early Thursday, and rescuers found one of the seven crew members in stable condition while searching for the others, officials said. The U.S. Marine Corps said that the 2 a.m. crash involved an F/A-18 fighter jet and a KC-130 refueling aircraft during regular training after the planes took off from their base in Iwakuni, near Hiroshima in western Japan. (Kyodo News via AP)

The Marine Corps said the other recovered crew member was in fair condition.

It said an F/A-18 Hornet fighter jet and a KC-130 Hercules refueling aircraft collided during training at about 2 a.m. after taking off from their base in Iwakuni, near Hiroshima. The seven crew members included two in the F/A-18 and five in the KC-130.

The Marines said in a statement that the two planes were involved in routine training, including aerial refueling, but that it was still investigating what was happening when the accident occurred.

The crash took place 320 kilometers (200 miles) off the coast, according to the U.S. military. Japanese officials said it occurred closer to the coast, about 100 kilometers (60 miles), and that's where the search and rescue mission found the two crew members.

Japan's Maritime Self-Defense Force, which dispatched aircraft and vessels to join in the search operation, said Japanese rescuers found one of the crew from the fighter jet in stable condition. The Marines said the crew member was taken to a hospital on the base in Iwakuni and was in fair condition, but did not provide any other details.

The crash is the latest in recent series of accidents involving the U.S. military deployed to and near Japan.

Last month, a U.S. Navy F/A-18 Hornet from the aircraft carrier USS Ronald Reagan crashed into the sea southwest of Japan's southern island of Okinawa, though its two pilots were rescued safely. In mid-October, a MH-60 Seahawk also belonging to the Ronald Reagan crashed off the Philippine Sea shortly after takeoff, causing non-fatal injuries to a dozen sailors.

More than 50,000 U.S. troops are based in Japan under a bilateral security pact.