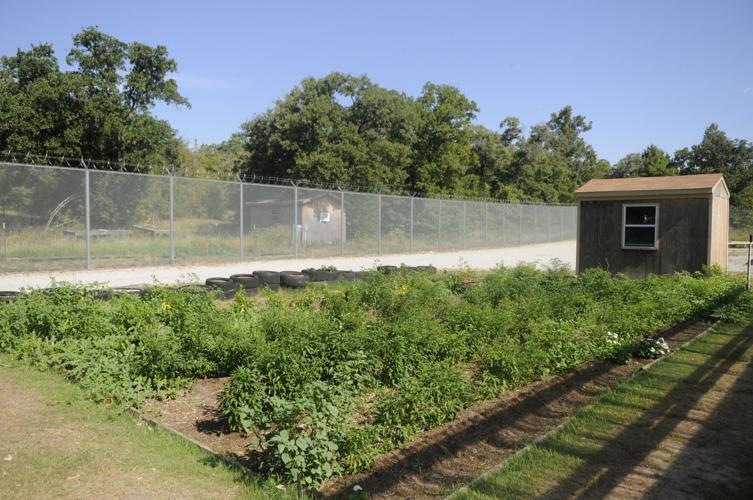 Gardening is a daily activity for youths at H.O.P.E. Academy, a life skills program at Smith County Juvenile Detention Center. 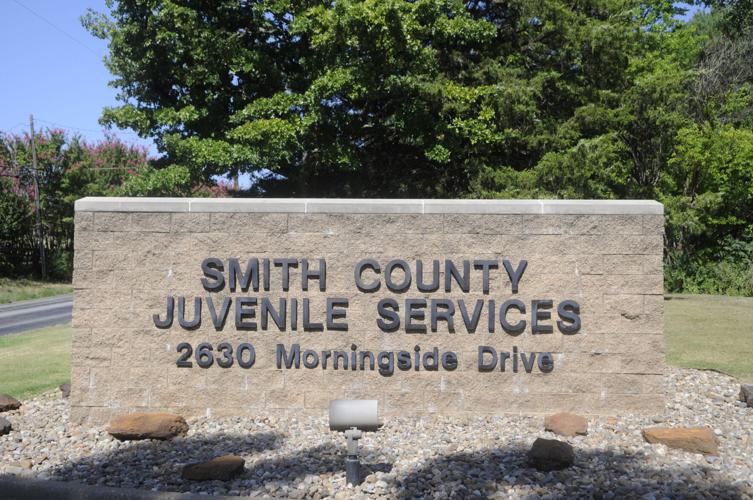 The Smith County Juvenile Detention Center attempts to correct local youth who have violated the law. 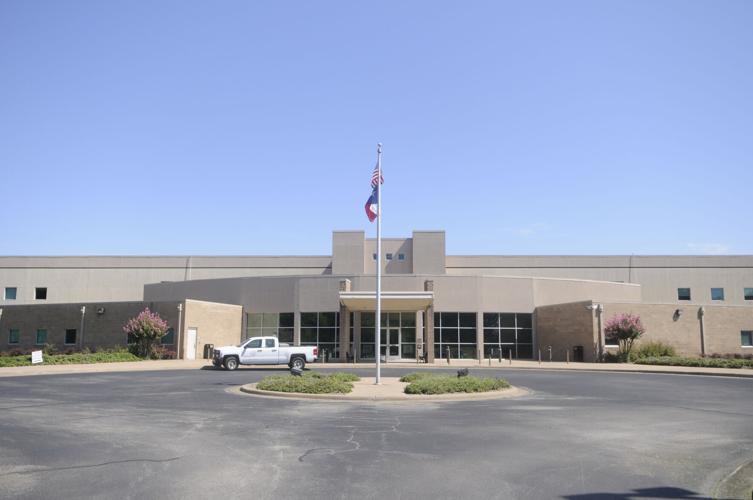 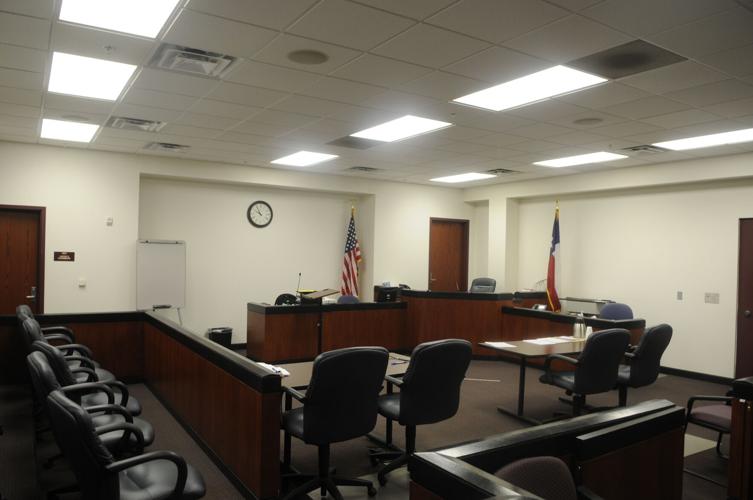 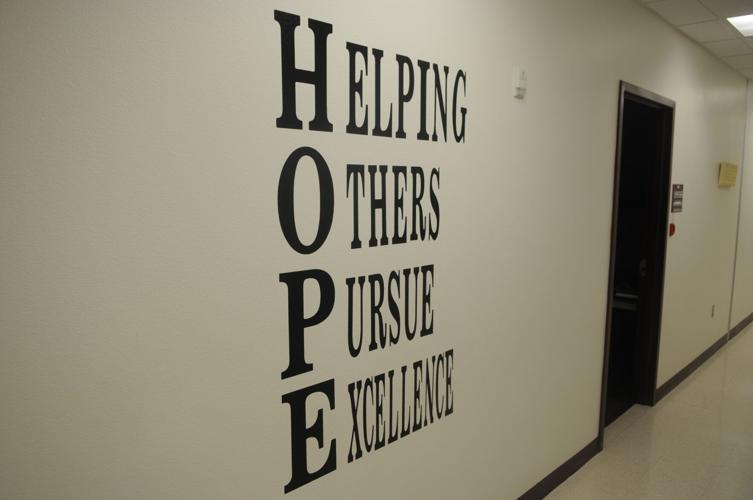 H.O.P.E. Academy is an inside long term residential program that attempts to teach life skills to youth that are dealing with trouble. 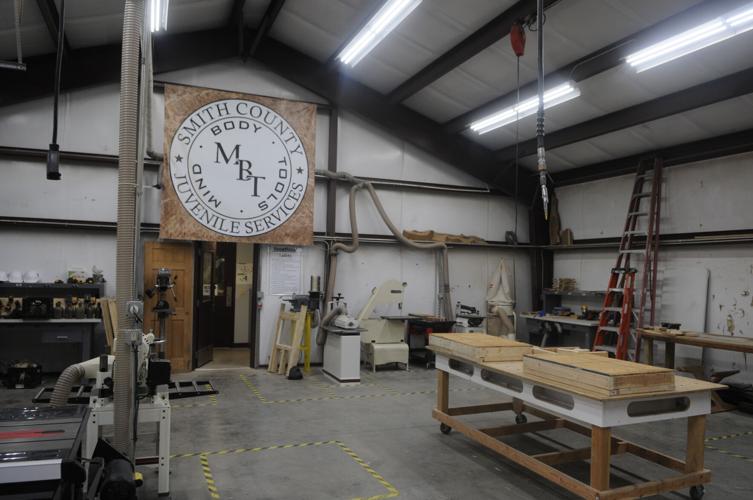 Juveniles also get to learn how to build things with wood at H.O.P.E. Academy. 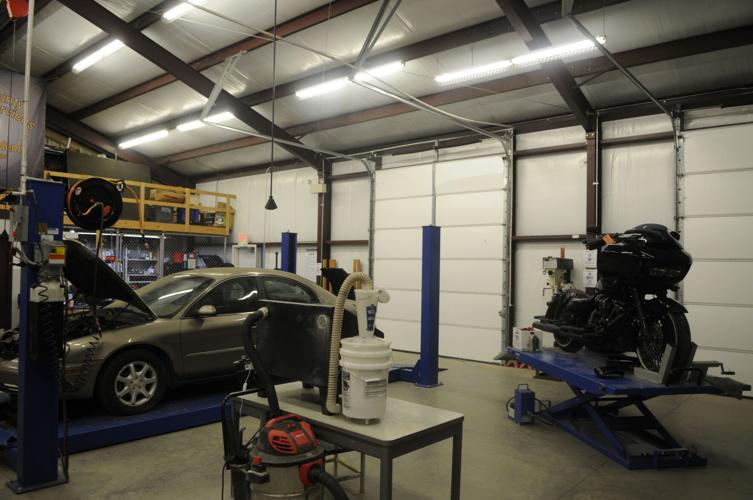 Businesses donate vehicles for juveniles to work on while at the Smith County Juvenile Detention Center. At right is a motorcycle donated to the center by Harley- Davidson. 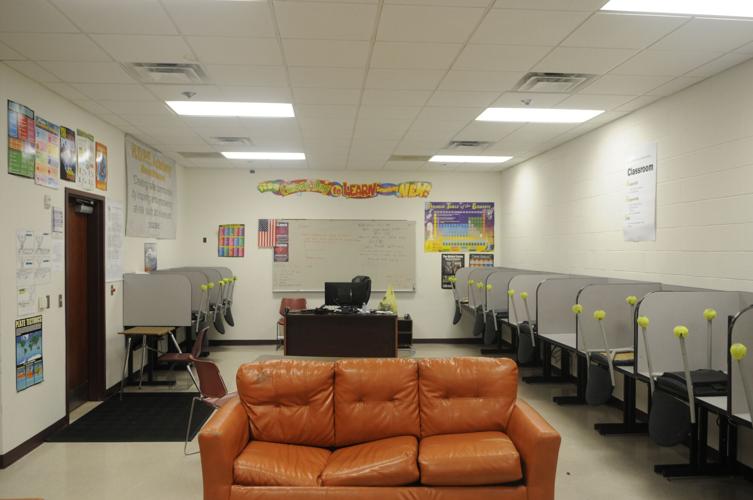 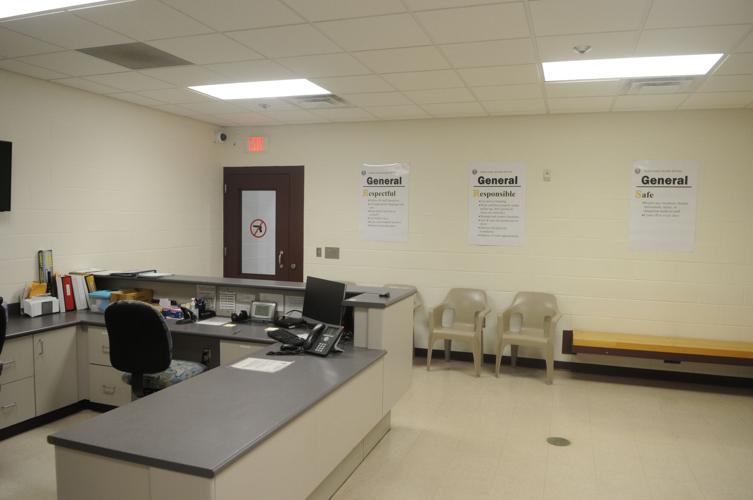 Gardening is a daily activity for youths at H.O.P.E. Academy, a life skills program at Smith County Juvenile Detention Center.

Juveniles also get to learn how to build things with wood at H.O.P.E. Academy.

The juvenile prison system in Texas is facing extreme staffing shortages, leading to worsening problems in what is already a steadily growing crisis. Locally, detention center leaders say part of their mission is to do everything they can to avoid sending juveniles to those collapsing facilities.

All five state-run facilities in Texas are seeing an overflow of inmates, leading to overpopulation and poor living conditions that spike behavioral and mental health issues.

Additionally, the Texas Tribune reports state facilities are facing shortages that “worsened dramatically last year when the turnover rate for detention officers hit more than 70%. The state has desperately tried to recruit employees, but most new hires are gone within six months.”

To try and fill the gap, teachers and caseworkers routinely work in security roles but it’s not enough to properly care for the state prisons’ nearly 600 juveniles, according to the Tribune.

Children have reported being left to use water bottles as makeshift toilets because there isn’t a staffer to let them out to use the bathroom or take a shower, the Tribune reported. And on weekends, they’re locked alone for up to 23 hours a day, usually with no window of natural light.

Consequently, the juveniles are suffering from mental health issues that are only getting worse. The Tribune reported that nearly half the state’s inmates were on suicide watch in the last year.

A state facility is a place Smith County’s Juvenile Detention Center works extremely hard to avoid sending anyone from its population of troubled juveniles.

The center, which is not run by the state, attempts to correct local kids who have violated the law, and at the same time prevent them from committing a more serious crime that could land them in a state facility.

“We have so many resources here that we feel very proud of what we do,” said Ross Worley, director at the Smith County Detention Center. “We don’t like the idea of kids committing crimes and being sent to state facilities, so we will always try our best to keep them here and avoid further frustrations to their lives.”

To end up in a state facility, the juvenile must have committed a very serious felony or show no signs of improvement at a local juvenile detention center.

Worley said the facility exhausts every effort before considering a transfer. He believes resorting to that will be detrimental to a child’s behavior.

“We only send kids to state facilities if we have tried everything with them and if they have committed a very serious felony like murder or sexual assault,” Worley said. “We try to use the state facility as a last resource.”

The center’s population consists of kids who are awaiting a court hearing and are unable to return home.

During their stay, the program aims to help a child become “more secure, learning discipline habits, following rules and better understanding socially acceptable behavior,” according to Smith County’s website. “This is accomplished through daily learning activities chores and guidelines that each person is expected to follow. Juveniles are monitored constantly and are provided daily feedback through a behavioral level system which determines what privileges (i.e.: day-room, phone calls, etc.) are earned each day.”

The center does face some staffing challenges, as it is currently staffed with only 22 total employees, all working for both the detention center and its H.O.P.E. Academy, an internal long-term residential program that attempts to teach life skills to the troubled youth.

The current ratio at Smith County Juvenile Detention Center is one officer to every eight kids, according to Worley.

“COVID-19 has created, and keeps creating, staffing problems but we try to keep up hiring at our normal rate,” Worley said.

Worley added that Smith County’s local facility has not seen an increased intake in the last year. The detention center is equipped with 70 beds but uses only 32 due to budget limitations.

Juveniles that are busted by local law enforcement agencies are generally taken to the detention center and spend around two weeks there, depending on the criminal offense.

On the other hand, those in H.O.P.E. (Helping Others Pursue Excellence) Academy usually stay longer as they have either committed a more serious crime or just need residential care. The average stay for a kid in H.O.P.E. Academy is between six and nine months, according to Worley.

“One of the things that sets us apart from other detention centers across the state is this H.O.P.E. Academy program,” said Oscar Perdomo, program director. “Once we identify a kid that is in a struggle, we intensify the services and assign them a probation officer that teaches them skills to succeed in life every day.”

The program’s goal is to provide residents with a safe, secure, nurturing atmosphere in which they will reflect on past activities, make positive changes in their thinking and behavior, and return to the community as a contributing member, according to Smith County’s website.

“Our staff is committed to helping and facilitating opportunities for change. We are only part of the solution, the attitude and cooperation reflected by residents and their families is vital to any changes that take place,” the website states.

At this residential program, students have the opportunity to learn vocational skills such as food handling, gardening and auto repair that could help them in their future endeavors.

Another big focus at the local center is taking care of the juveniles’ mental health, something state facilities don’t have the capacity to do.

Dawn Mantooth, mental health counselor at Smith County Juvenile Detention Center, said one of the main tasks of the counseling department is to show support to the youth so they can overcome mental health problems and be successful inside the facilities and outside when released.

Mantooth, who has been a counselor at the detention center for seven years, said one of the things they do to ease mental health problems is work closely with families to address the problem from its roots.

Learning, recreational and religious activities provided at the center also contribute to a healthy mental state, along with encouragement for physical fitness routines, according to Smith County’s website.

Substance abuse is among the problems Mantooth sees on a daily basis inside the detention center. She said the counseling department has a chemical dependency counselor that oversees these issues.

“It’s not just a mental health approach here, it is a team approach,” Mantooth said. “After kids with mental health problems finish our program, they go into a 90-day aftercare program where we stay involved making sure the youth’s transition from the detention center to society is a smooth one.”

When a juvenile is brought to the center, a mental health evaluation is performed immediately which helps to determine if the individual should be placed under strong supervision and counseling, or if a less intensive mental health program is needed.

“One of the reasons why we have so many mental health professionals in our facilities is because of ongoing issues with kids who come from an environment full of family problems,” Worley said.

“The person without the Spirit does not accept the things that come from the Spirit of God but considers them foolishness, and cannot understand them because they are discerned only through the Spirit.”