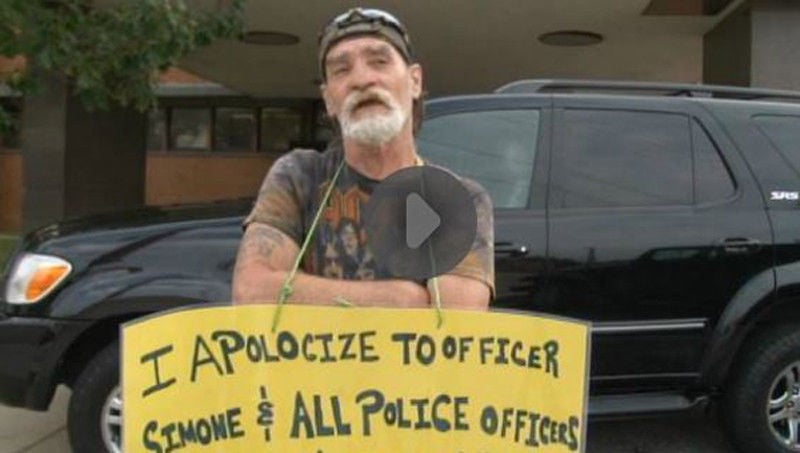 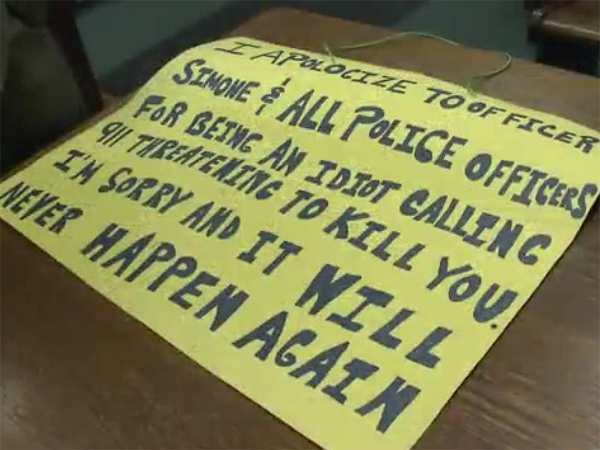 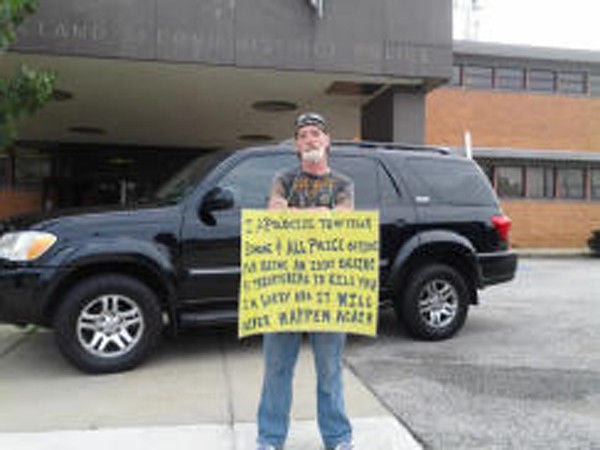 CLEVELAND (AP) — A man who threatened officers in Cleveland is making a court-ordered public apology by standing near a police station with a sign describing himself as an idiot.

A judge had ordered 58-year-old Richard Dameron to stand outside a local police station with a sign bearing an apology. He began the vigil Monday and must stand outside for three hours each day for the rest of the week.

Dameron was convicted of threatening officers in 911 calls.

His public shaming isn't the first of its kind in the city. The Cleveland judge who sentenced Dameron previously made a woman wear an "idiot" sign in public for driving around a school bus.