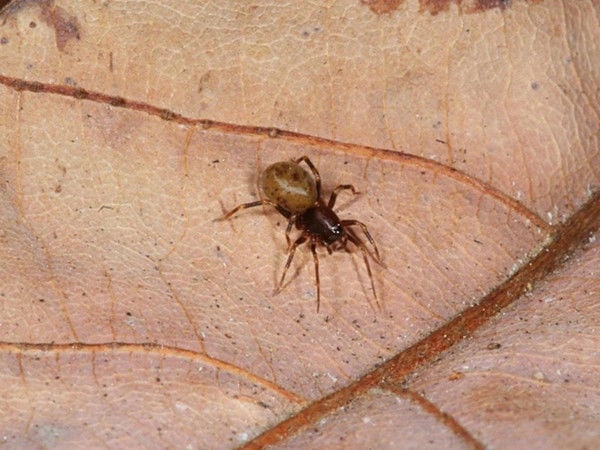 Mecysmaucheniidae spiders may be tiny, but they have some mighty powerful - and quick - jaws. (Courtesy of Hannah Wood) 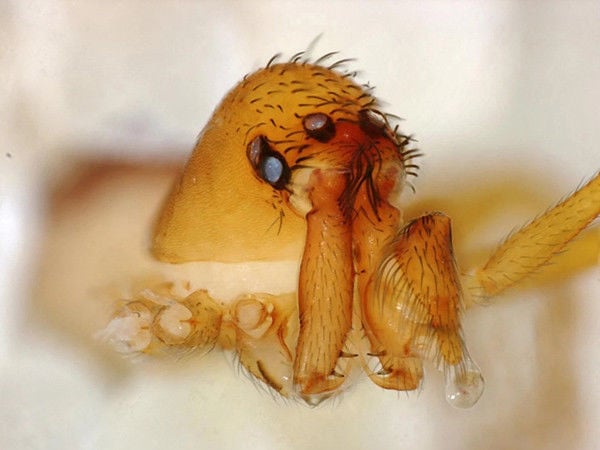 Mecysmaucheniidae spiders may be tiny, but they have some mighty powerful - and quick - jaws. (Courtesy of Hannah Wood)

Mecysmaucheniidae spiders may be tiny, but they have some mighty powerful - and quick - jaws. A study published Thursday in Current Biology reports that this family of arachnids has evolved lightning-fast strikes on at least four occasions.

"These are the fastest-known arachnids so far," lead author Hannah Wood, curator of spiders at the Smithsonian's National Museum of Natural History, told Smithsonian Magazine.

Wood first started collecting Mecysmaucheniidae spiders - which she now dubs "trap jaw" spiders - a decade ago. The creepy crawlers had unusual looking jaws, and they sat around with them hanging open while they waited for prey. Wood wanted to know why.

Eventually about 100 of these spiders - some smaller than a grain of rice - were living in her apartment, and she started filming them using high-speed cameras. Earth Touch reports that some of the spiders were so tiny and delicate that Wood had to incite biting by poking them with eyelashes attached to a needle.

But all that painstaking poking and prodding paid off: Her footage showed that many species from the family snapped their jaws shut with speeds never before seen in spiders. The fastest one she caught on high-speed video could close its jaw in a tenth of a second.

Only about a third of the family has evolved these trap-like jaws - some take more than 100 times as long to close their jaws as the speediest spiders - but according to Wood's genetic analysis, the quick biters come from four distinct lineages. In other words, this trait didn't evolve in one species and trickle down to its descendants: It evolved four times.

And these spiders are not only quick, but also crazy strong. Wood and her colleagues found that the power output of the fastest jaws exceeded the power output of the spider's muscles. That means that something about the jaw's anatomy must allow it to store energy, in the same way that the compressed spring in a mouse trap holds enough energy to snap down on an unsuspecting rodent.

It will take more research to figure out just what makes these spiders so speedy - and why they evolved such snappy jaws while their cousins stayed slow.