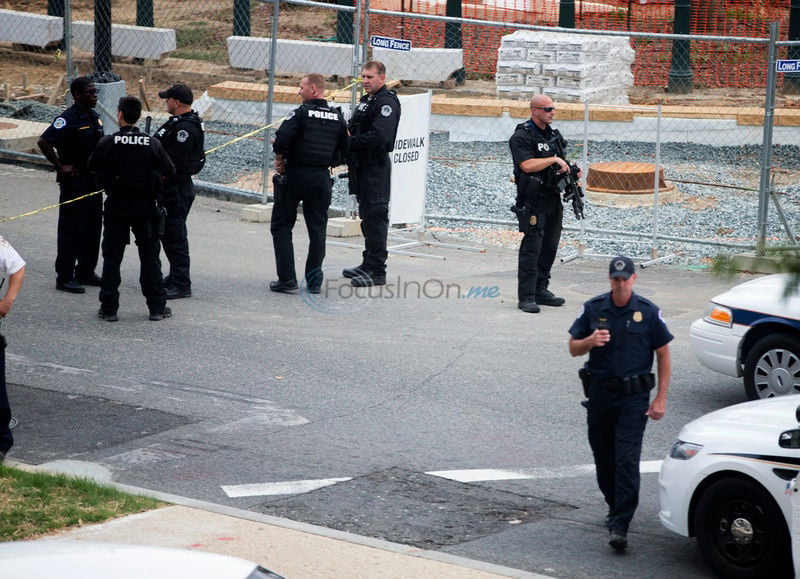 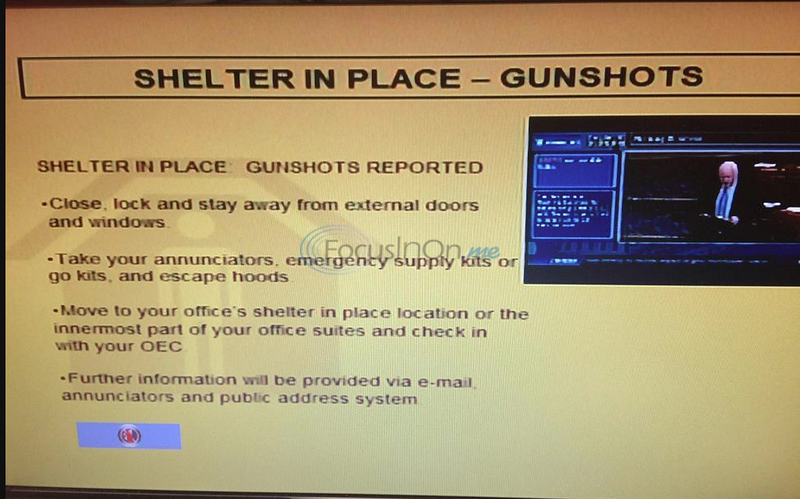 WASHINGTON (AP) — A woman driving a black Infiniti with a young child inside tried to ram through a White House barricade Thursday, then led police on a chase that ended in gunfire outside the Capitol, witnesses and officials said.

Tourists watched the shooting unfold on Constitution Avenue outside the Capitol as lawmakers inside debated how to end a government shutdown. Police quickly locked down the entire complex temporarily, and both houses of Congress went into recess.

The driver's condition was not clear after police fired at the car. Authorities performed several minutes of CPR on someone near the driver's side of the car, then carried that person away.

Police described it as an isolated event and saw no indications of terrorism.

The pursuit began when a car with Connecticut plates sped onto the driveway leading to the White House, over a set of lowered barricades. When she couldn't get through a second barrier, she spun the car in the opposite direction, flipping a Secret Service officer over the hood of the car as she sped away, said B.J. Campbell, a visiting tourist from Portland, Ore.

A fleet of police and Secret Service cars chased the Infiniti toward Capitol Hill.

"The car was trying to get away. But it was going over the median and over the curb," said Matthew Coursen, who was on his way to a legislative office building when the Infiniti sped by him. "The car got boxed in and that's when I saw an officer of some kind draw his weapon and fire shots into the car."

Coursen watched the shooting from his cab window.

"I thought to myself, 'The car is getting blocked in. The car is going to surrender,'" he said. "Now the cop has his weapon out. The car kept trying to get away. Then he fired shots."

It was not clear whether the driver was armed.

Capitol Police Chief Kim Dine would not disclose the driver's condition but said she was in custody.

Senate Sergeant at Arms Terrance Gainer said a child was taken from the car to a hospital but said he knew of no harm to the youngster. Tourist Edmund Ofori-Attah said the child appeared to be about 2 to 3 years old.

A police officer was injured in the traffic accident but Gainer said the injuries were not life threatening.

"We heard three, four, five pops," said Sen. Bob Casey, D-Pa., who was walking from the Capitol to an office building across the street. Police ordered Casey and nearby tourists to crouch behind a car for protection, then hustled everyone into the Capitol.

"There were multiple shots fired and the air was filled with gunpowder," said Berin Szoka, whose office at a technology think tank overlooks the shooting scene.

The shooting comes two weeks after a mentally disturbed employee terrorized the Navy Yard with a shotgun, leaving 13 people dead including the gunman.

Before the disruption, lawmakers had been trying to find common ground to end a government shutdown. The House had just finished approving legislation aimed at partly lifting the government shutdown by paying National Guard and Reserve members.

U.S. Capitol Police on the plaza around the Capitol said they were working without pay as the result of the shutdown.