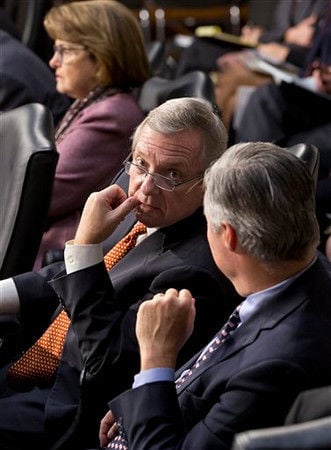 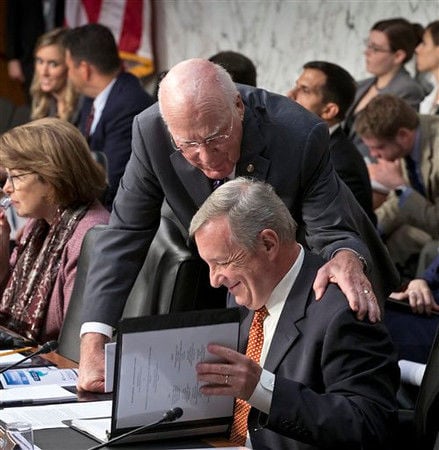 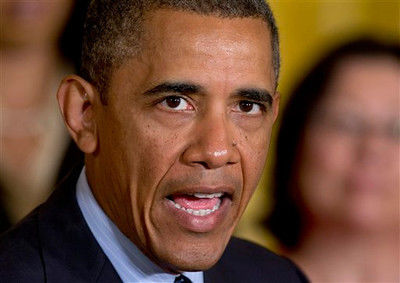 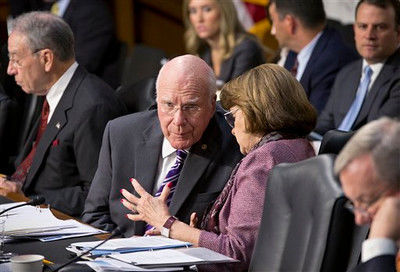 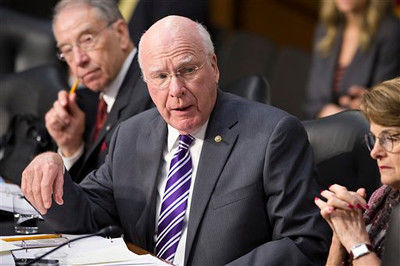 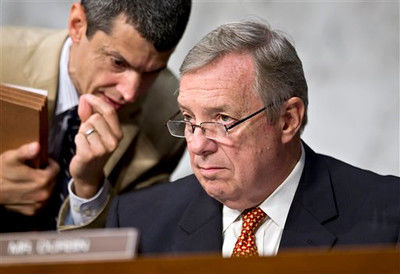 WASHINGTON (AP) — Exactly how many phone records of Americans does the National Security Agency collect in its massive surveillance program?

Sen. Dick Durbin of Illinois, the No. 2 Democrat in the Senate, tucked a provision into the 2014 fiscal year defense spending bill that would require the NSA to report to Congress — within 90 days after the legislation becomes law — on the precise number of phone records collected, the total reviewed by NSA employees and all bulk collection activities, including how much they cost and when they began.

The NSA also would have to provide Congress with a list of potential terrorist attacks that have been thwarted due to the information obtained through the sweeping data collection program.

The Senate Appropriations Committee backed the report request on Thursday in voting for the overall bill. It first Senate effort aimed at the program since revelations two months ago that the NSA was collecting hundreds of millions of Americans' phone records as part of an effort to combat terrorism after the Sept. 11 attacks.

The disclosure has revived the debate — in the nation and Congress — over whether secret national security programs encroach on Americans' privacy rights. Skeptics wary of the program are pressing for changes though wholesale revisions are unlikely as surveillance efforts have the strong support of the Republican and Democratic leaders in the House and Senate.

The NSA has said that its two surveillance programs — the other sweeps up Internet usage data — have stopped at least 50 terror plots across 20 countries.

"We're talking about some changes in the program, some disclosure in the program that would still keep it in some form as a tool to fight terrorism but would also assure the American people about the limits of its use," Durbin said in a telephone interview on Friday.

The senator was one of several lawmakers — proponents and critics — who met with President Barack Obama and Vice President Joe Biden at the White House on Thursday to discuss the surveillance programs.

Durbin said the purpose of his measure is to obtain basic information about the program, which has largely emerged piecemeal.

"Just this last week, we did get some information from the NSA about the number of queries in a given year, which you can draw some conclusions about just how active is this effort, how many telephone numbers are being followed to find out if they have connections and what we do in the bill is to try to make this a more complete disclosure of the volume of collected information," said Durbin, chairman of the Appropriations defense subcommittee and a member of the Judiciary Committee.

"There is a lot of misunderstanding about what's collected, why it's collected and how much is being used," Durbin said.

Rep. C.A. Dutch Ruppersberger of Maryland, the top Democrat on the House Intelligence Committee, said Friday that "almost everybody except for a few" understand that the NSA program is vital. The task in the coming weeks is to make Americans understand that constitutional rights aren't being trampled.

"What we have to do is educate the public and we have to make some changes to show that so that we can be more open but not give the information to the enemy," Ruppersberger told reporters in a brief interview.

The House Intelligence Committee likely will incorporate some changes in its authorization bill in late September or early October, he said. The counterpart Senate panel and House and Senate Judiciary committees also are likely to act this fall.

In a letter to Ruppersberger, Rep. Rick Larsen, D-Wash., pressed the committee to include several proposals circulating in Congress while insisting that "the government be more transparent in how these programs ensure national security and protect Americans' civil liberties."

Among them is requiring that the secret federal court that oversees the program publically disclose specific opinions and that the Senate confirm judges appointed to the court.

Last week, the House narrowly rejected a challenge to the program. Libertarian-leaning conservatives and liberal Democrats had joined forces on a measure that would have canceled the statutory authority for the NSA program, ending the agency's ability to collect phone records and metadata under the USA Patriot Act unless it identified an individual under investigation.

"The vote in the House was amazing," Durbin said. "Within seven votes of basically putting an end to an intelligence program or changing it dramatically and that is unheard of."

He said it was a "call to action for those who want to maintain program to be more open about it and also to be open to changes that will make it more trustworthy."

Among potential changes are who should do the basic metadata collection, how they'll do it and how it will be used, Durbin said. Another possible change is an effort to demystify the secret court, creating greater opening without compromising national security.