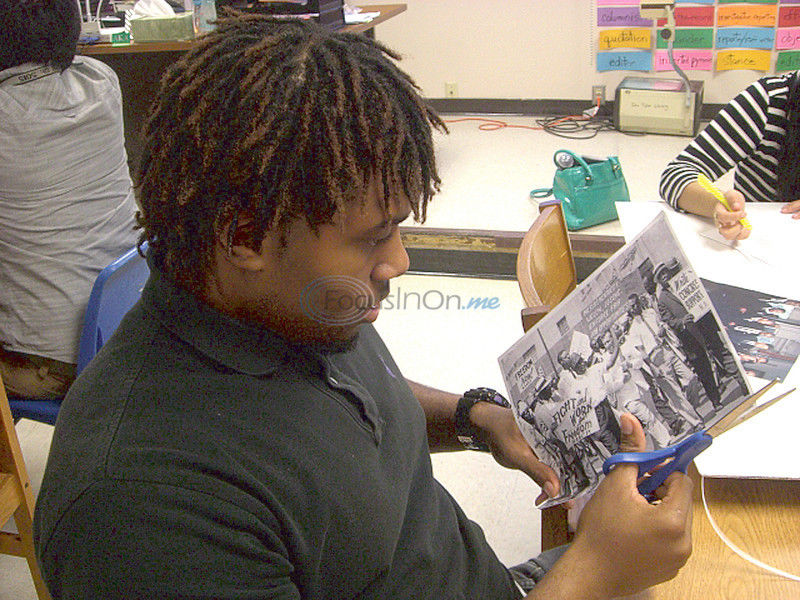 Emily Guevara/Staff John Tyler High School junior Jaylon Reese, 17, cuts out a picture on Monday while working with group members on a John F. Kennedy project for Quantalane Henry’s sociology class. Reese and his peers studied Kennedy’s work as a supporter and promoter of civil rights. 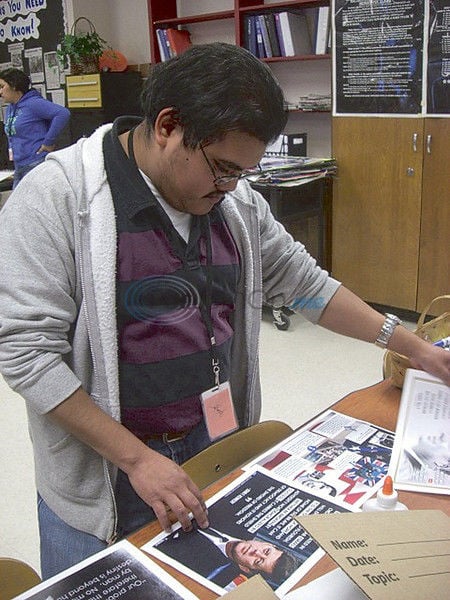 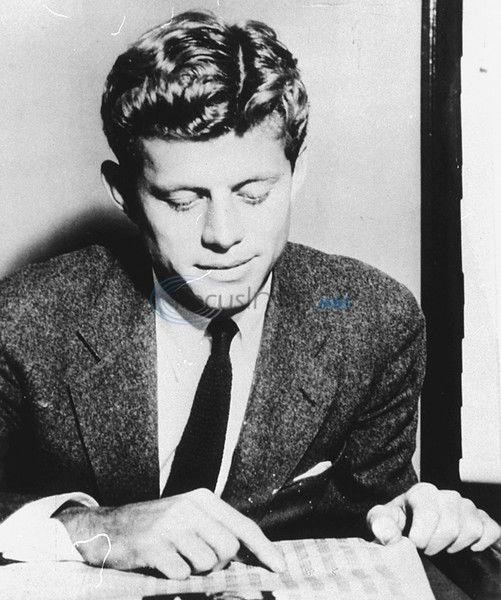 Emily Guevara/Staff John Tyler High School junior Jaylon Reese, 17, cuts out a picture on Monday while working with group members on a John F. Kennedy project for Quantalane Henry’s sociology class. Reese and his peers studied Kennedy’s work as a supporter and promoter of civil rights.

A group of John Tyler High School students have spent more than a month researching the life and legacy of John F. Kennedy as the world remembers the president who was assassinated almost 50 years ago.

Quantalane Henry's sociology class embarked on a project in late September in which they examined different facets of JFK's life.

With five groups of students, the following topics were covered: Kennedy as a man, husband and father; as a supporter and promoter of civil rights; and his life and legacy.

In addition, one group researched the conspiracy theories about JFK's assassination while another group researched the lone gunman assassination theory. The students presented their research in class. Some of the students, along with others from journalism classes, visited The Sixth Floor Museum at Dealey Plaza. And all of them will complete posters or display boards this week to show off what they have learned.

Ms. Henry said her goal was for the students to realize that there are many layers to Kennedy. Although he came from a privileged background, he was committed to service and a champion for civil rights.

Ms. Morgan said it was interesting to consider Kennedy as a person and not as president.

Ms. Morgan said JFK's father, Joseph P. Kennedy, was very interested in his children's lives and made sure they participated in a variety of athletic and academic activities.

As a boy, Kennedy was not the best student, but his father wrote to him once telling him in essence that the only reason he was bugging him about his studies was because he knew he was fully capable of doing the work.

Rosales said they selected the topic because it seemed interesting. He wanted to learn more about the existing theories, which ones seemed logical and which ones did not. The students ended up focusing on five theories. Rosales said the research taught him something about the president.

"It shows me that he made lots of people mad and to him it didn't matter who he made mad as long as he did the right thing," he said. "It makes me respect him more as a president."

Some of the facts they learned include that he was the youngest man elected president of the U.S. and the first and only Catholic.

Dixson said he always considered Kennedy one of the more inspiring and poetic presidents.

Their research showed them that Kennedy established the president's committee on Equal Employment Opportunity and some people believed Kennedy's civil rights work was solely politically motivated. Regardless, the students believe he had an impact.

"I believe that he actually helped the U.S. during his presidency," Williams said.

They also mentioned some of his suspected moral failings, but even those do not take away from the positive things he accomplished, they said.

"He did do stuff that was wrong, but he still knew what to do that was right," Reese said.

The students' projects will be on display in the John Tyler library starting Wednesday.