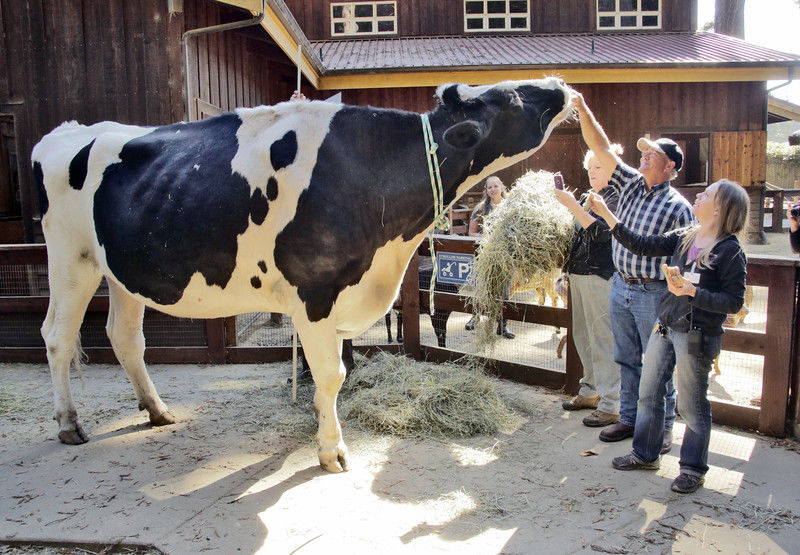 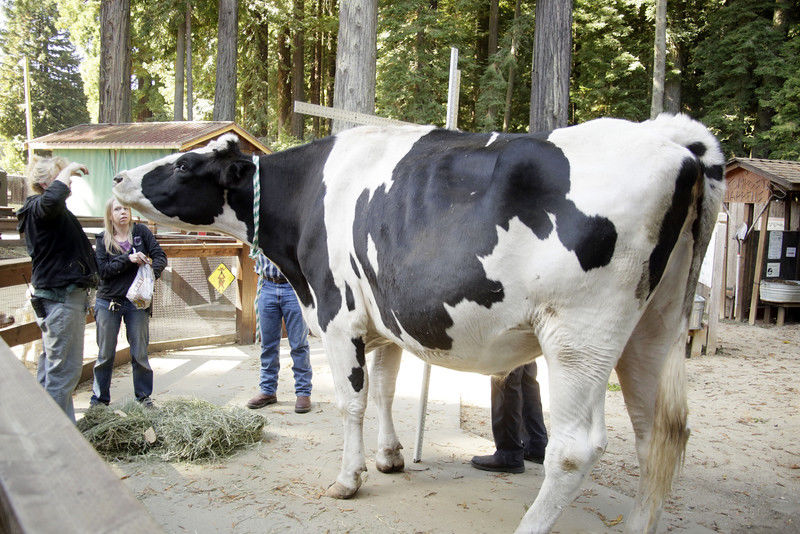 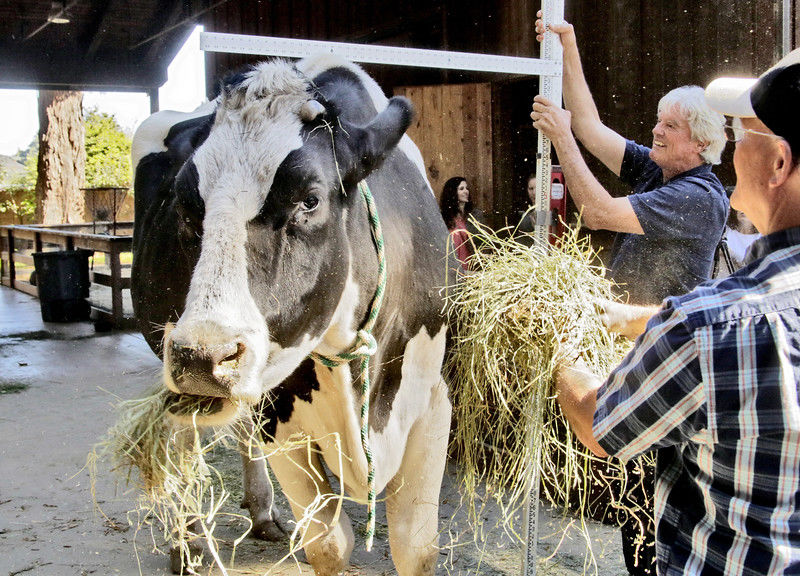 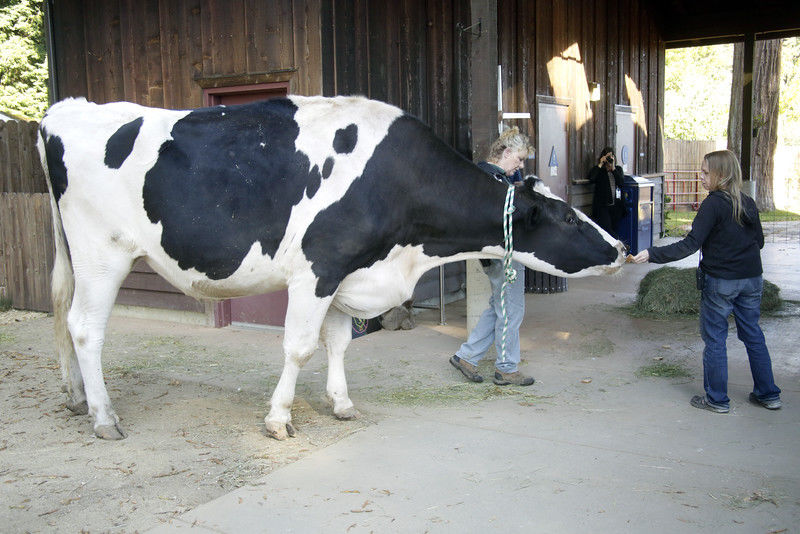 EUREKA, Calif. (AP) - Holy cow! A giant, 1-ton Holstein steer who loves to eat bread and romps like a puppy at a Northern California zoo is vying for the title of world's tallest bovine.

His name is Danniel and he measures 6 feet, 4 inches from the hoof to the withers, a smidge taller than the current record-holder, the Eureka Times Standard reported Wednesday (http://bit.ly/2clzpLU ).

A veterinarian and his keepers at the Sequoia Park Zoo in the city of Eureka measured Danniel on Tuesday to confirm his height, but Guinness World Records has yet to verify it.

According to the Guinness website, the tallest bovine ever was Blosom, a cow from Orangeville, Illinois, that measured 6 feet, 2 inches. Blosom died last year at age 13.

Danniel is a gentle giant who loves hay and bread and trots over to whoever calls his name, owner Ann Farley said.

"He's a handful to keep pinned, but he's part of the family," Farley said.

He lives at the zoo after the Farleys inherited him from their late aunt, who owned a farm. They are looking to find Danniel a permanent home.

Caring for the giant steer can be a challenge, said Amanda Auston of the Sequoia Park Zoo, adding that Danniel eats about 50 pounds of hay every day and produces up to 150 pounds of dung a day.

"It's a small enclosure, so we have to pick it up all the time," she said. "I would like him to have more room to wander around and graze and do some more natural behavior."