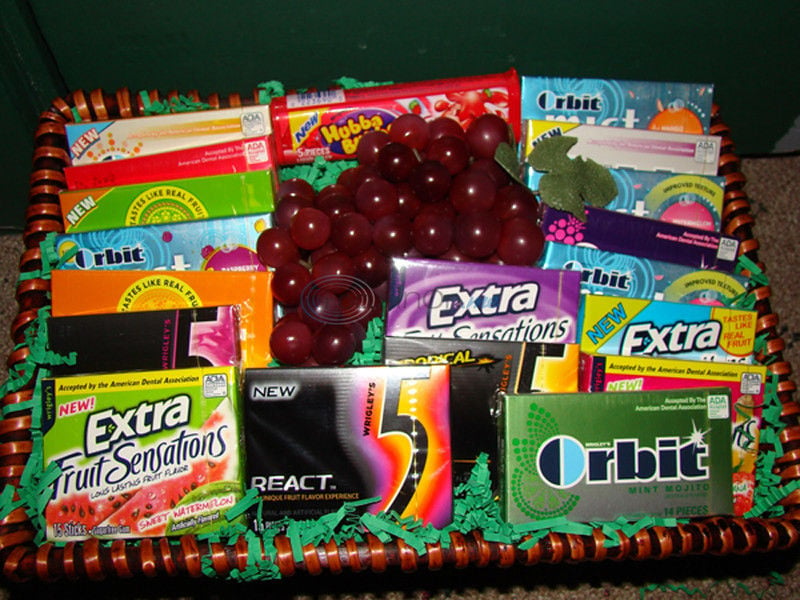 Courtesy According to statistics and sales, gum's popularity has hit a slump, the decline in sales standing at 11 %. 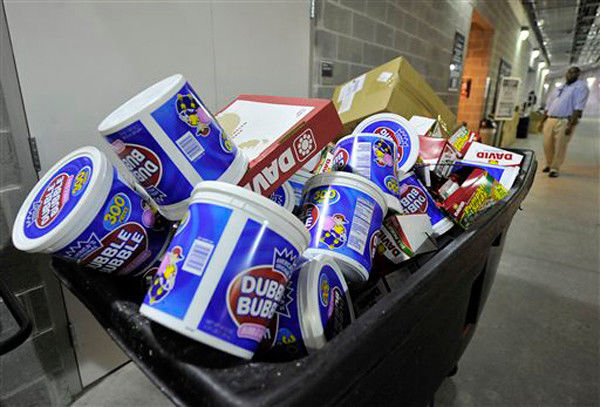 Courtesy According to statistics and sales, gum's popularity has hit a slump, the decline in sales standing at 11 %.

NEW YORK (AP) — Gum seems as appealing as that sticky wad on the bottom of a shoe these days.

It's not that Americans don't ever enjoy a stick of Trident or Orbit, the two most popular brands. They just aren't as crazy about chomping away on the stuff as they once were, with U.S. sales tumbling 11 percent over the past four years.

No one in the industry can pinpoint a single factor that's causing the decline — the theories include an unwillingness to shell out $2 or more for a pack in the bad economy or that advertising veered too far from underlining gum's cavity-fighting benefits. But the biggest reason may be that people simply have more to chew on.

From designer mints to fruit chews, candy companies have invented plenty of other ways to get a sugar fix or battle bad breath and anxiety. The alternatives don't come with gum's unpleasant characteristics either, like the question of whether to spit out or gulp the remains. They're also less likely to annoy parents, co-workers or romantic interests.

"You talk to someone and they're just chomping on gum," said Matt Smith, a 46-year-old who lives Albany, N.Y. and hates gum so much he refers to it only by its first letter. "If you substitute gum for any other food, like mashed potatoes, would you find that acceptable? It's disgusting."

The gum chewing habit dates as far back as the ancient Greeks but arrived in the U.S. in its modern form in the 1860s, according to Mars Inc., the No. 1 player in the market with its Wrigley unit.

Over the years, gum makers positioned it as a way to "Kiss a Little Longer" in the famous Big Red jingle, quit smoking, curb cravings or just make the chewer happier. Catchy slogans or characters included the "Doublemint Twins" and Orbit's blonde spokeswoman who ends commercials with "Dirty mouth? Clean it up."

It popped up in pop culture too. In the 1960s, a genre of music aimed at younger audiences came to be known as "Bubblegum." In the 1975 movie "One Flew Over the Cuckoo's Nest," the silent Chief Bromden speaks for the first time saying, "Mmm, Juicy Fruit" after the character played by Jack Nicholson gives him a stick of the gum. And Janet Jackson played a feisty, gum-chewing beautician in the 1993 film "Poetic Justice."

But gum's image as a tasteless habit also stuck, with some high-profile gum chewing only making it worse.

In 2003, Britney Spears gave an interview to CNN where a white piece of gum could be seen floating around her mouth as she fielded questions on a range of topics, including the war in Iraq. Talk show host Wendy Williams has a "gum wall" backstage, where she sticks wads of it before walking out. In one episode, she told Patti LaBelle that she could put her gum on the wall after the singer spit out a wad into her hand.

Such imagery may be why gum is still a no-no in business meetings or first dates, according to Lizzie Post, the great-great granddaughter of etiquette expert Emily Post and co-author of "Emily Post's Etiquette."

"My grandmother used to tell me, 'You look like a cow chewing cud'," she said.

The habit so bothered author Malachy McCourt that the extremely long-shot gubernatorial candidate in 2006 told the New York Times he wanted to triple the tax on gum. The former Green Party nominee explained that he didn't like the mess it created on sidewalks and subways.

"The other aspect of it is that it makes people look so stupid," said McCourt, 82, in a recent interview.

Gum's bad image is one reason that alternatives look more attractive. There's also another perennial complaint: "The flavor runs out too fast," said Ryan Furbush, a 17-year-old from Sayreville, N.J. who has stopped chewing gum in favor of chewy candies and chocolates.

It may be why Mars said its gum declines have been most significant with people who are 25 and younger. In the meantime, Altoids mints, Welch's Fruit Snacks and countless other options have taken up space in the checkout aisles where most gum is purchased.

Since peaking in 2009, U.S. gum sales have fallen 11 percent to $3.71 billion last year, according to market researcher Euromonitor International. That's even as overall candy sales — including gum, chocolate, mints and licorice — have climbed 10 percent to $31.53 billion.

Over the next five years, Euromonitor projects gum sales will drop another 4 percent to $3.56 billion.

Hershey, which makes Reese's, Kit Kat and Almond Joy, is taking data to retailers to illustrate the slowing demand for gum. The idea is to encourage them to devote less of their candy aisles to it, and perhaps make way for more of its own products. Hershey, which also makes Ice Breakers mints and gum, is planning another blow against gum: This fall, it's slated to roll out a version of Ice Breakers that "chews like a gum, but dissolves like a mint."

Gum makers are strategizing too. The maker of Trident, whose total gum sales were down as much as 16 percent in developed markets at one point last year, has an online campaign reminding people to run through the mental checklist before leaving the house: "phone, keys, gum."

"We know when people have gum in their pocket or backpack or desk, they're much more likely to chew it," said Stephanie Wilkes, who heads the North American candy business for Mondelez, the No. 2 player in gum with Trident, Dentyne and Bubbalicious.

Mars, which makes Big Red, Doublemint, Juicy Fruit and Orbit, is testing illuminated racks in candy aisles to make its gum and candy stand out more. The company said the racks have led to a 10 to 30 percent sales increase in tests.

And after years of slowly vanishing from shelves, Bazooka bubble gum last year relaunched its brand with new marketing and packaging. Distribution has since rebounded.