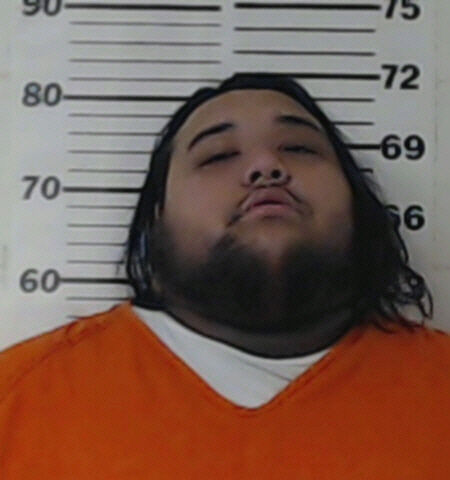 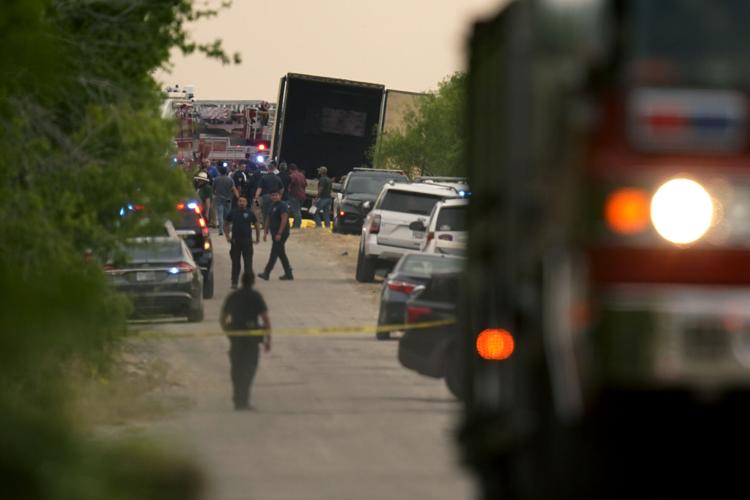 Body bags lie at the scene where a tractor-trailer with 53 dead or dying migrants was discovered June 27 in San Antonio. 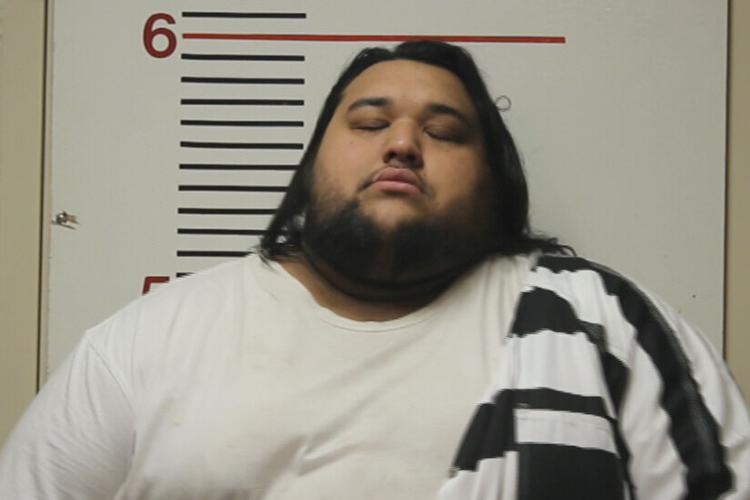 Body bags lie at the scene where a tractor-trailer with 53 dead or dying migrants was discovered June 27 in San Antonio.

A man with East Texas ties was indicted Wednesday in the case of a hot, airless tractor-trailer rig found last month with 53 dead or dying migrants in San Antonio, officials said.

Martinez, who local authorities said had a Palestine address, was arrested June 28 in Palestine in connection to the case. He had his first court appearance in Tyler the next day.

Both remain in federal custody without bond pending trial. Martinez’s attorney, David Shearer of San Antonio, declined to comment on the indictments. A message to Zamorano’s attorney was not immediately returned.

Conviction on the death counts could result in life sentences, but the Attorney General’s Office could authorize prosecutors to seek death penalties. The serious bodily injury counts carry sentences of up to 20 years in prison.

It was the deadliest tragedy to claim the lives of migrants smuggled across the border from Mexico. The truck had been packed with 67 people, and the dead included 27 from Mexico, 14 from Honduras, seven from Guatemala and two from El Salvador, said Francisco Garduño, chief of Mexico’s National Immigration Institute.

The incident happened on a remote San Antonio back road on June 27. Arriving police officers detained Zamorano after spotting him hiding in some nearby brush, according to a statement from the U.S. Attorney’s Office. A search of Zamorano’s cellphone revealed calls with Martinez concerning the smuggling run, along with multiple pictures and text messages.

One of the photos was of a truckload manifest, and the texts were each of the men discussing their locations, according to a criminal complaint affidavit filed in the U.S. District Court in the Western District of Texas.

Martinez also started a conversation with a confidential informant and said he was involved in the smuggling, the complaint read.

Martinez told the informant, who was identified by the Palestine Police Department and Homeland Security Investigations, the deaths occurred because the truck’s air conditioning stopped working, according to the document. Palestine police said the informant has previously provided accurate information.

Martinez told the informant that the driver, Zamorano, “was unaware the air conditioning unit stopped working and was the reason why the individuals died,” according to the complaint. He also said Zamorano tried to run away from the tractor-trailer.

Surveillance video of the 18-wheeler passing through a Border Patrol checkpoint showed the driver matched Zamorano’s description, according to the indictment. One survivor of the journey, a 20-year-old from Guatemala, told The Associated Press that smugglers had covered the trailer’s floor with what she believes was powdered chicken bouillon, apparently to throw off any dogs at the checkpoint.

The tragedy occurred at a time when huge numbers of migrants have been coming to the U.S., many of them taking perilous risks to cross swift rivers and canals and scorching desert landscapes. Migrants were stopped nearly 240,000 times in May, up by one-third from a year ago.

Of the 73 people in the truck, those who died included people from the Mexican states of Guanajuato, Veracruz, Oaxaca, Mexico, Zacatecas, Queretaro, Morelos and Mexico City. Migrants from Honduras and Guatemala also were among those who died in the deadliest known smuggling attempt in the United States.

In 2017, 10 people died after being trapped inside a truck parked at a San Antonio Walmart. In 2003, the bodies of 19 migrants were found in a sweltering truck southeast of the city.

A life sentence, fatal crash, and an update on a local man accused in the recent deadly San Antonio smuggling case are among last week's top p…

Smuggling suspect arrested in Palestine, appears in court in Tyler

Christian Martinez, 28, was arrested on Tuesday in Palestine in connection with the 53 bodies found in a tractor-trailer found near Lackland Air Force Base in San Antonio. He was charged with one count of conspiracy to transport illegal aliens resulting in death.