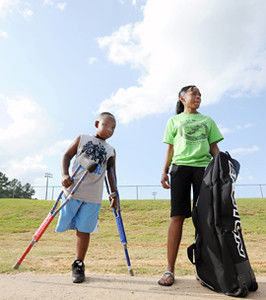 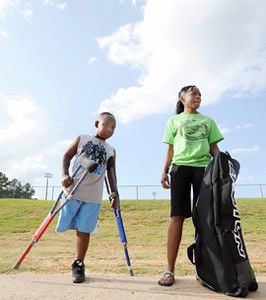 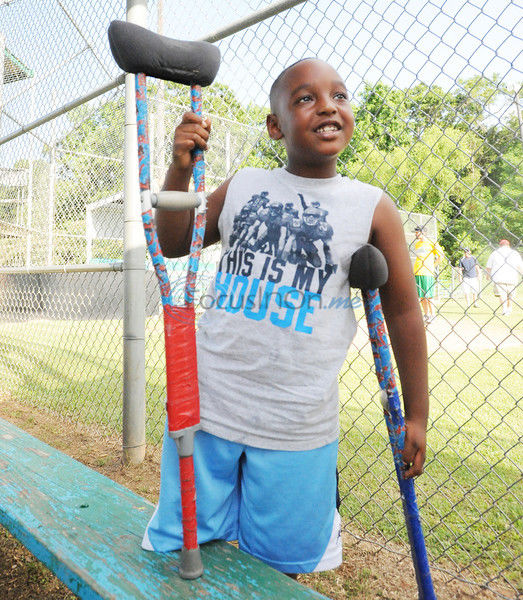 Cason Weatherton, 7, was born with one leg and a deformed hand. He doesn't let this slow him down. Herb Nygren Je 061113 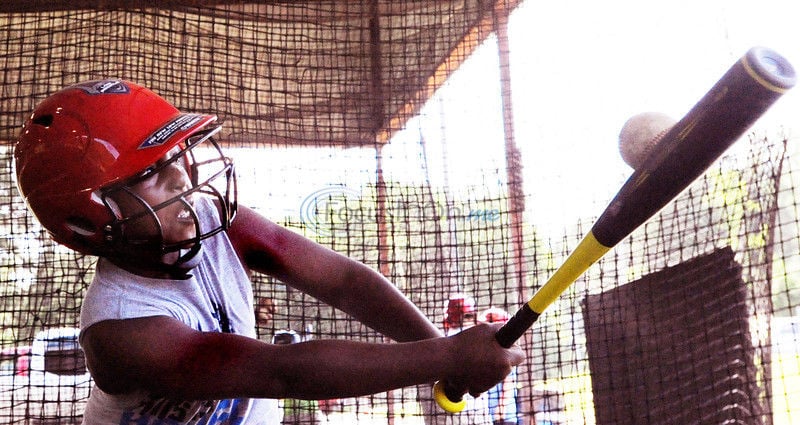 Cason Weatherton, 7, was born with one leg and a deformed hand. He doesn't let this slow him down. Herb Nygren Je 061113

HENDERSON — Cason Weatherton doesn't let physical challenges get in the way of his enthusiasm for sports.

He started playing soccer when he was 4 years old, and at age 5, he added baseball to the mix. These days, he also plays basketball and wants to start swimming lessons.

He played with the Rangers in the Henderson Boys Baseball Association's Peanut League this year and serves as a manager for an all-star team.

"Baseball and soccer run together. He'd like to do both this year, but they kind of ran together, so he chose baseball," said his mother, Shalondra Weatherton.

"Anything that involves running — that's just his love," she added.

Nothing seems to slow down Cason — and he does it all with one leg and a hand without a pinky.

The 7-year-old, who will be a second-grader at Wylie Elementary School, was born with amniotic band syndrome, which is described on amnioticbandsyndrome.com as "a group of congenital birth defects believed to be caused by entrapment of fetal parts." Besides having one leg, he's also had surgery to create a palm for his hand, his mother said.

Cason has had multiple prosthetics throughout the years. But Ms. Weatherton, 34, said he eventually decided not to wear one because it's easier for him to get around without them. He uses crutches instead.

Ms. Weatherton said her son was nervous when he started baseball but eventually "fell in love with it."

At first, she said Cason was slow at hitting, but now he "gives it his all."

"He's hitting. He's stopping the ball," she said, adding that he can throw from outfield to infield.

And it's "inspiring" to watch, Ms. Weatherton said.

"It amazes me with the heart that he has to get out there and do it. It's unbelievable," she said. "You see it on TV. You hear about the stories. But when you actually see it and witness it … it's amazing."

Ms. Weatherton said his friends are also excited for him.

"They treat him just like one of them, and that's what he loves. He doesn't want to be treated any differently … ," she said. "They all accept him."

When someone asks him what happened to his leg, Cason will reply, "Nothing happened. God made me this way," she said.

Cason's friend, 7-year-old Sam Watson, described him as someone who "has a good personality, and he can be a really, really good friend."

"He never gives up. He always does his best," said Sam, who plays tag with Cason at school.

Wade Watson, one of Cason's baseball coaches, agreed. Watson said he's treated like any other player.

"He wasn't exempted from anything, and he never wanted to be," Watson said.

In fact, he said his mother tried to give him his crutches after he got a hit – so he could run faster - but Cason was determined to run without them, and scored at that game.

Watson said Cason also recorded an RBI toward the end of the regular season, and that helped lead to the team's victory.

"That was a really neat experience for him," Watson said.

Overall, he described Cason as a "fun kid to coach and a fun kid to be around."

Cason said he enjoys running, and it feels "good" to play sports. His favorite sport is soccer. He also likes the New York Yankees, and at school, he said he likes gym and lunch.

When asked what else people should know about her son, Ms. Weatherton replied, "That he just wants to be treated like everybody else, that he doesn't complain, and that he wakes up every day with a smile. He doesn't let his difference slow him down or keep him from trying anything. He sets goals for himself. He tries to do everything he can to reach them. He's very inspiring."

As for the future, Cason's goal is to see how many hoops he can make, and he wants to take swim lessons, Ms. Weatherton said.

"I don't see him giving it up anytime soon. That's the good thing about him," Watson said.