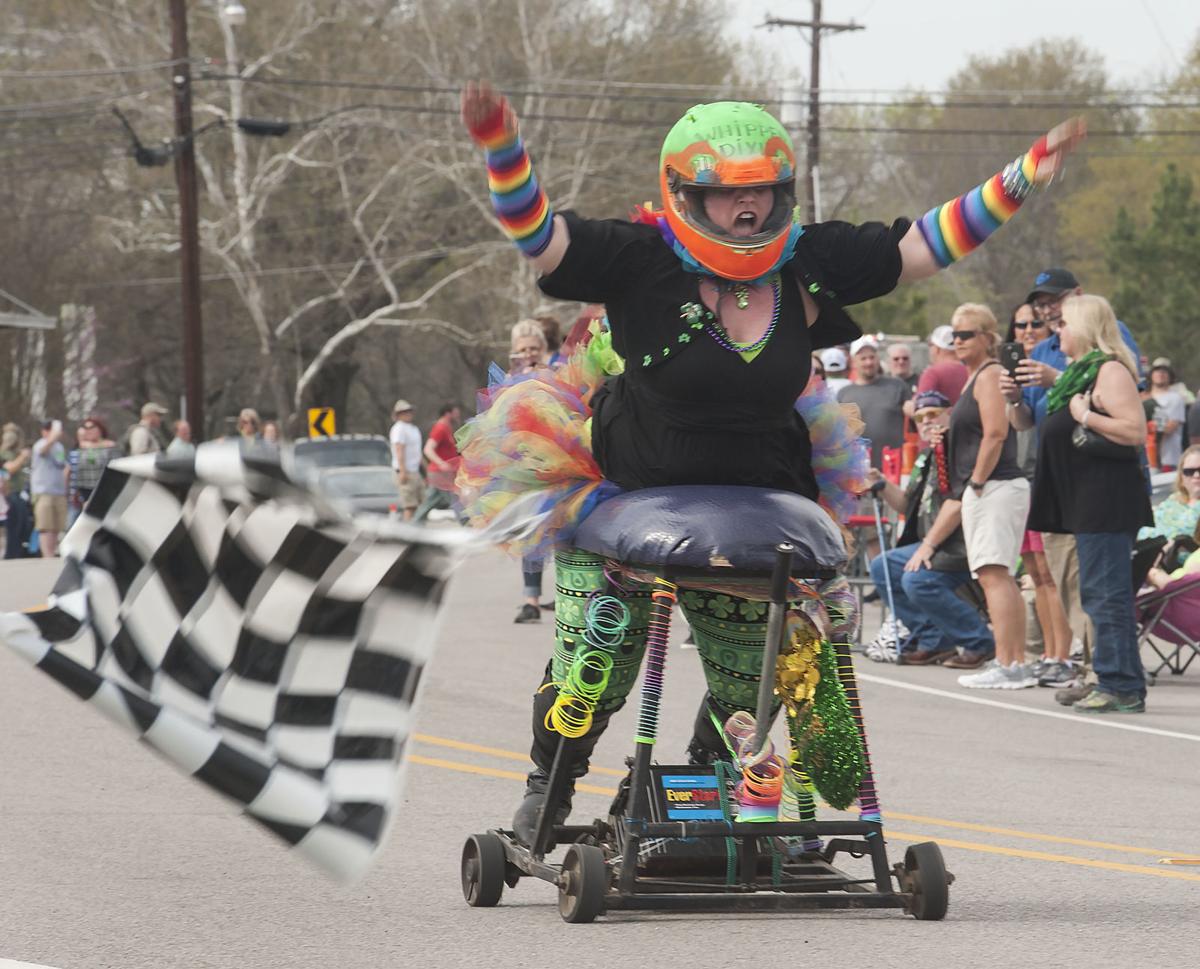 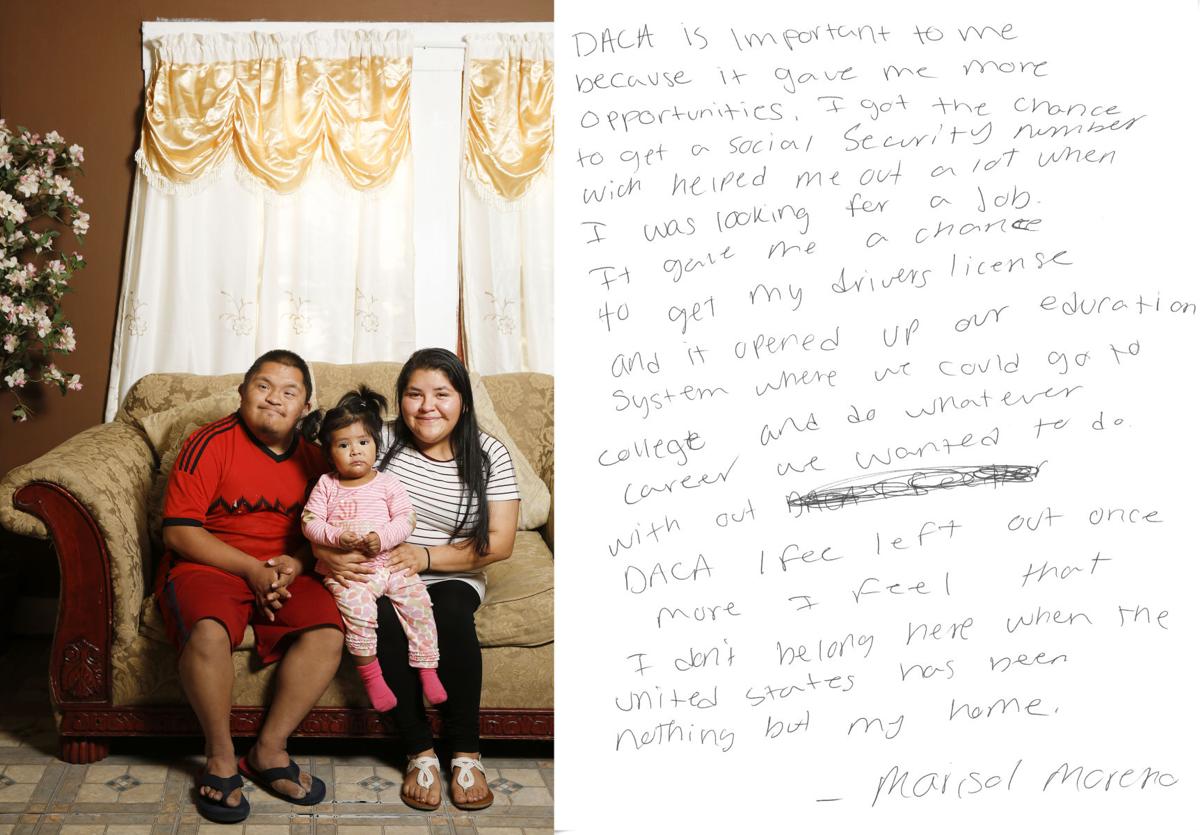 Brother and sister Santiago and Marisol Moreno with Marisol's 1-year-old daughter Natalie at their mother's home in Tyler, Texas, on Wednesday, Dec. 13, 2017. Santiago has been able to work, something he likely wouldn't have been able to do as a person with Down syndrome in Mexico. Marisol helps provide for her family and worries that she may be separated from her daughter, an American citizen, if DACA is terminated. (Chelsea Purgahn/Tyler Morning Telegraph) 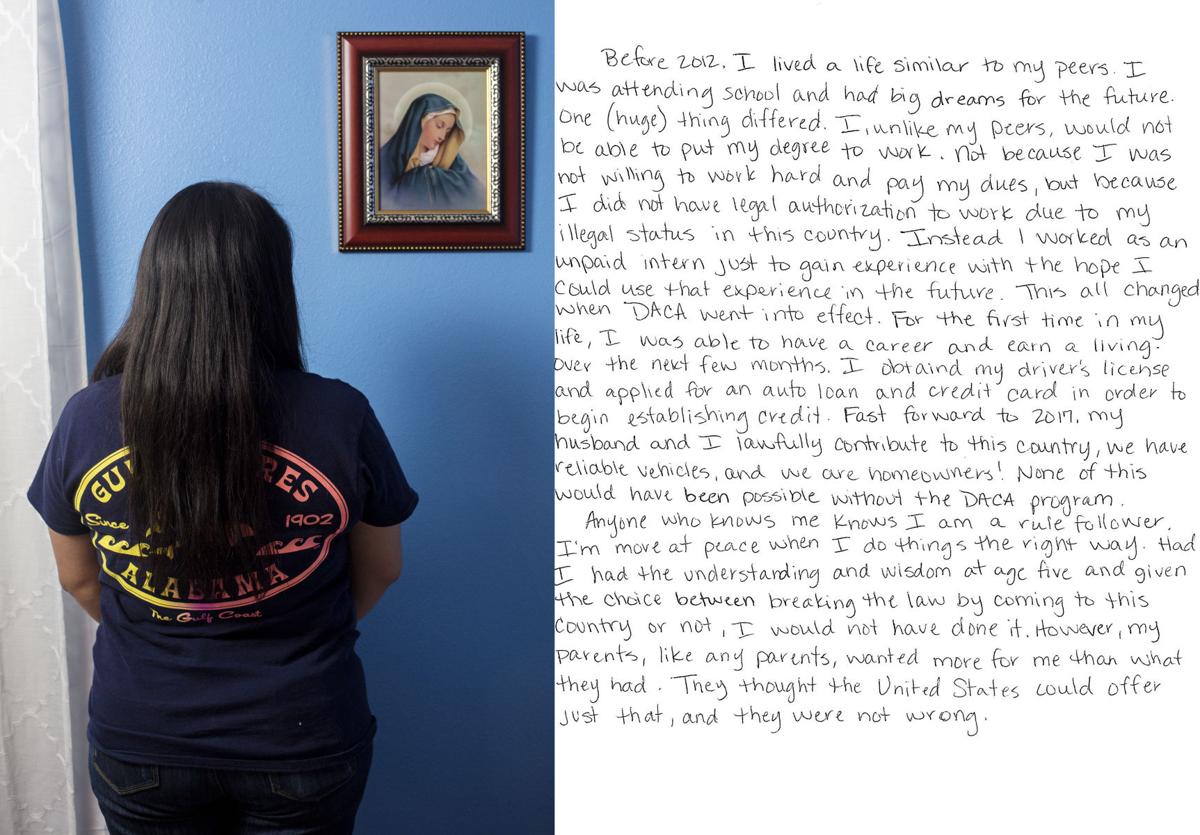 Maria* in her home in Gladewater, Texas, on Friday, Dec. 22, 2017. Maria and her husband, who is also a DACA recipient, became homeowners two years ago in her childhood town. *Name changed for privacy reasons. (Chelsea Purgahn/Tyler Morning Telegraph) 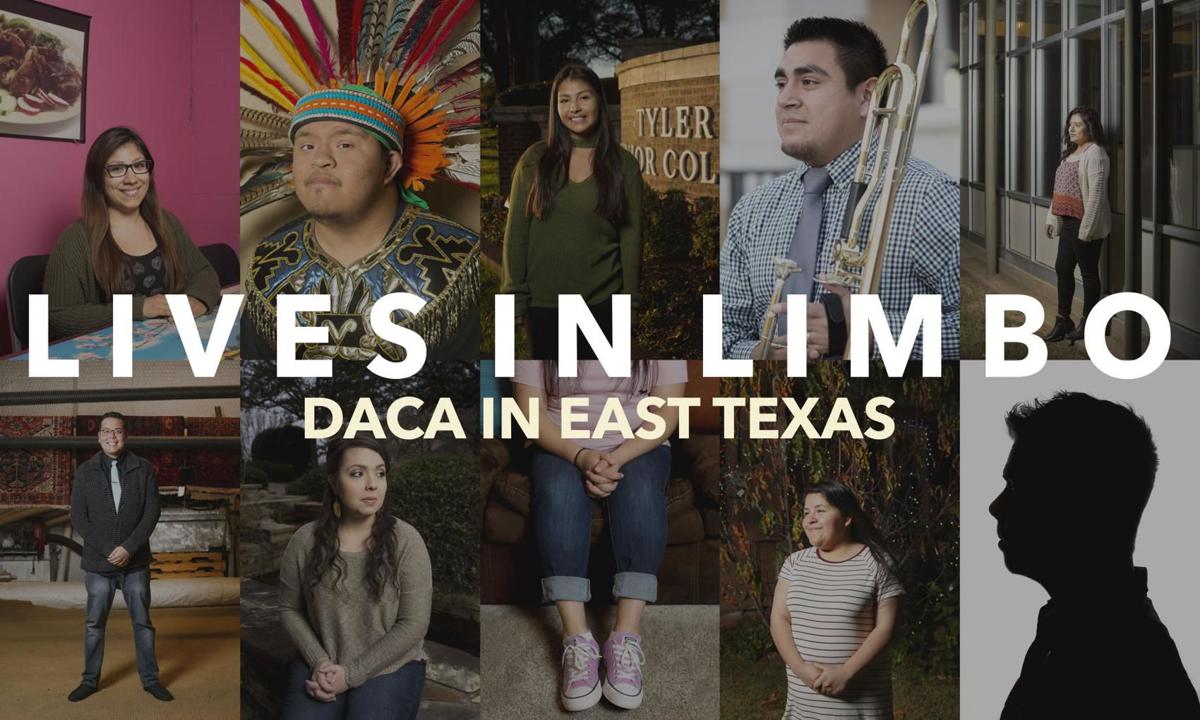 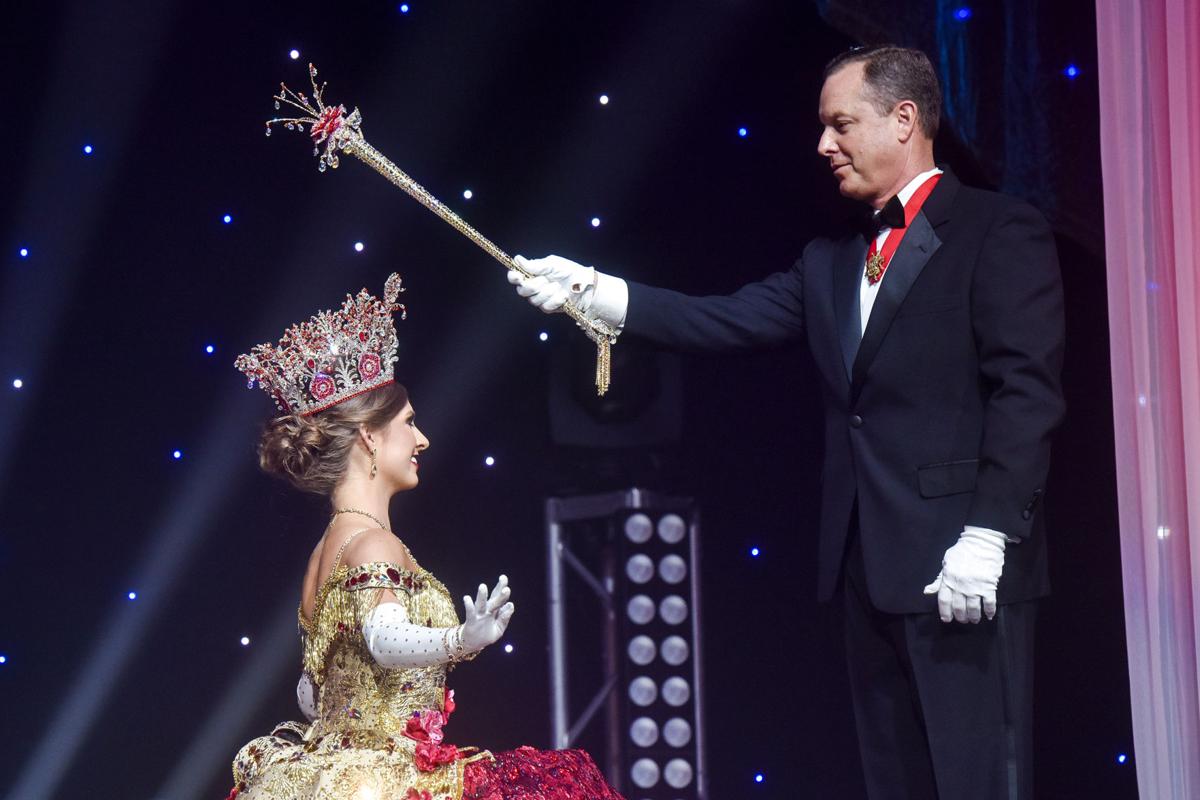 Rose Queen Amanda Hiles kneels before President Brad Curtis as he crowns her the Rose Queen during the Rose Queen's Coronation rehearsal for the 85th Texas Rose Festival at the Cowan Center at the University of Texas at Tyler in Tyler, Texas, on Thursday, Oct. 18, 2018. (Chelsea Purgahn/Tyler Morning Telegraph) 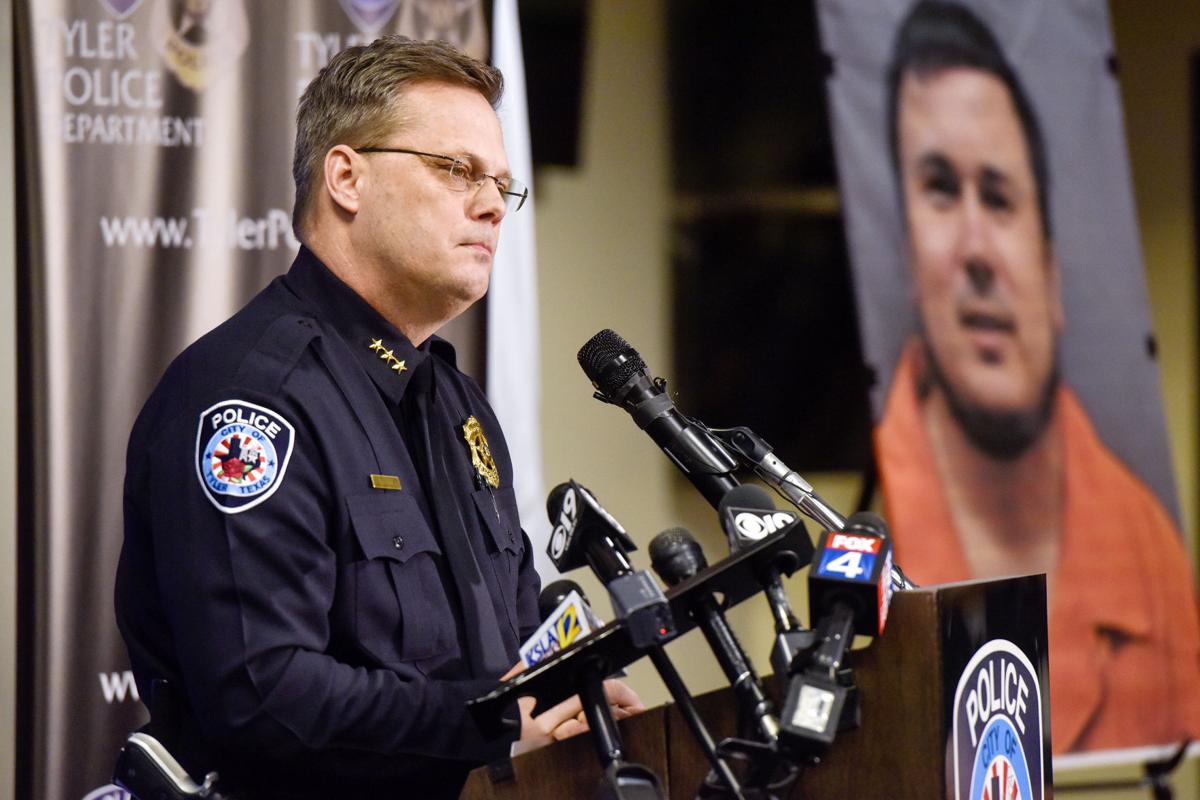 Chief of Police Jimmy Toler speaks during a press conference regarding William George Davis, a nurse connected to the death of a patient at Christus Mother Frances Hospital - Tyler and who is facing a murder charge, at the Tyler Police Department in Tyler, Texas, on Wednesday, April 11, 2018. Police arrested Davis on April 10. Christus Mother Frances Hospital - Tyler approached the Smith County District Attorney and the Tyler Police Department with concerns that a nurse may have been involved in intentionally causing harm to several patients at one of their hospitals after learning that patients were experiencing unexplained symptoms inconsistent with their treatment and recovery. A special criminal investigation team was formed to examine the case. (Chelsea Purgahn/Tyler Morning Telegraph) 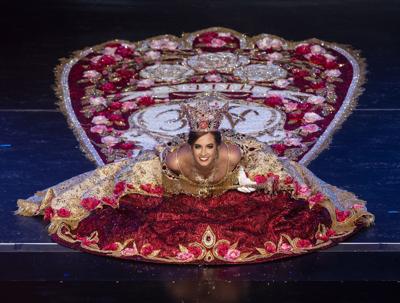 In the past year, the staff of the Tyler Morning Telegraph have told many stories with a greater emphasis on multimedia — photo, video, audio and infographics. This was made easier in large part through the publication's new website, unveiled early last year.

In a good news story, the visual aspects are just as important as a compelling narrative. With that in mind, reporters and photographers have spent the past year exploring new ways to share the latest news.

The first major leap into pushing the technical limits of the new website came at the beginning of the year with multimedia reporter Chelsea Purgahn's in-depth look at the lives of DACA recipients.

DACA stands for Deferred Action for Childhood Arrivals and references the program implemented by former President Barack Obama's administration that allows young immigrants who are living in the country illegally and were brought here as children to remain in the U.S. It gives them temporary protection from deportation and legal permission to work.

Purgahn used a variety of storytelling tools — words, photographs and audio — to paint a picture of the lives of DACA recipients living in East Texas.

With Tyler ISD set to spend more than $200 million to rebuild its high schools, some members of the community pushed the district to lose its ties to Confederate Gen. Robert E. Lee.

The Tyler Morning Telegraph brought readers real-time updates online, along with live video and in-depth reporting about the questions being asked by readers.

Facebook Live videos from the meetings, one of which drew a record 70-plus speakers, were viewed hundreds of thousands of times.

The newspaper also took advantage of the capabilities of the new website to give readers a look at each board member, where they stood on the issues and the area they represented.

Over the course of Duncan's first few months, Tyler Morning Telegraph staff visited the penguin about once a week to document his progress as he learned to swim.

Readers got to follow along as the fluffy little guy lost his downy feathers and became more acclimated to the water.

Luna was still being bottle-fed when she was rescued. The precocious queen of the jungle charmed everyone with her tiny little roars. Her first day in her own enclosure was marked by the sanctuary's annual Prowl-o-Ween event, where visitors got to watch Luna and the other big cats play with pumpkins.

The third, and tallest, baby animal to charm readers was Lulu the giraffe. If Caldwell Zoo visitors were lucky, they could catch the 7-foot-tall calf zooming around her enclosure.

She was a little wobbly, but up for making new friends. Lulu is fitting in well at the zoo's expanded giraffe exhibit, which allows visitors to interact and feed the giraffes.

Local government reporter Erin Mansfield uses data regularly as she shares with readers about work and issues in the city and county.

While she loves crunching numbers, she works to present this data in an easily understood format for readers, especially those online.

Her salary series about the top salaries in local publicly funded entities featured online databases where readers could search salaries by employee name, position or total pay. The series included stories and data about employees with the city of Tyler, Smith County , Tyler ISD, the University of Texas at Tyler and Tyler Junior College.

Bar graphs and charts highlighted key information related to top-paid staff members and revealed how local salaries compared with others in similar positions around the region and/or state.

In a post-midterm-election piece, Mansfield used online maps and graphs to show changes in the number of Republican and Democratic votes cast in East Texas when comparing the 2014 midterm with the 2018 midterm.

The top-read online stories of the year featured themes including: food, crime, development and novelty. Tradition took the top spot with the crowning of 2018 Rose Queen Amanda Elaine Hiles garnering the most online views.

That was followed by a crime story about William George Davis, 35, of Hallsville, a former nurse at Christus Mother Frances Louis and Peaches Owen Heart Hospital who is accused of killing three people and injuring five while on the job. Davis' trial is set to begin Sept. 23.

“So then, just as you received Christ Jesus as Lord, continue to live your lives in him, rooted and built up in him, strengthened in the faith as you were taught, and overflowing with thankfulness.” (Colossians 2:6-7)