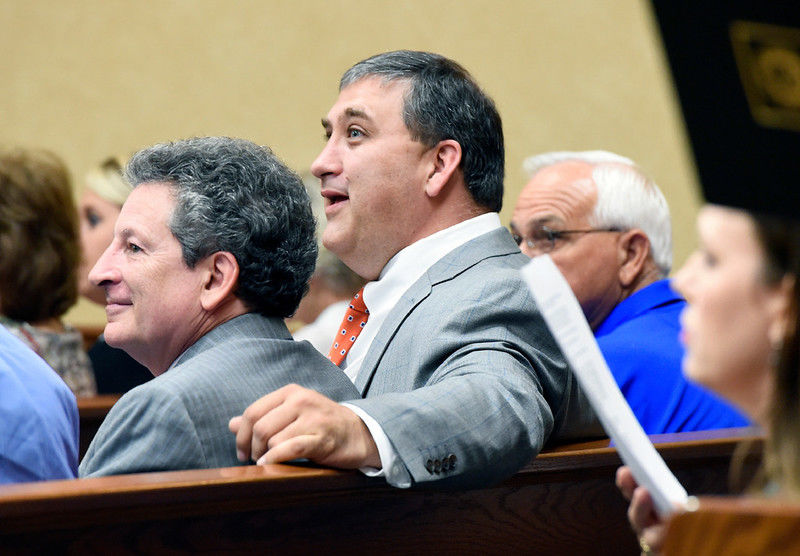 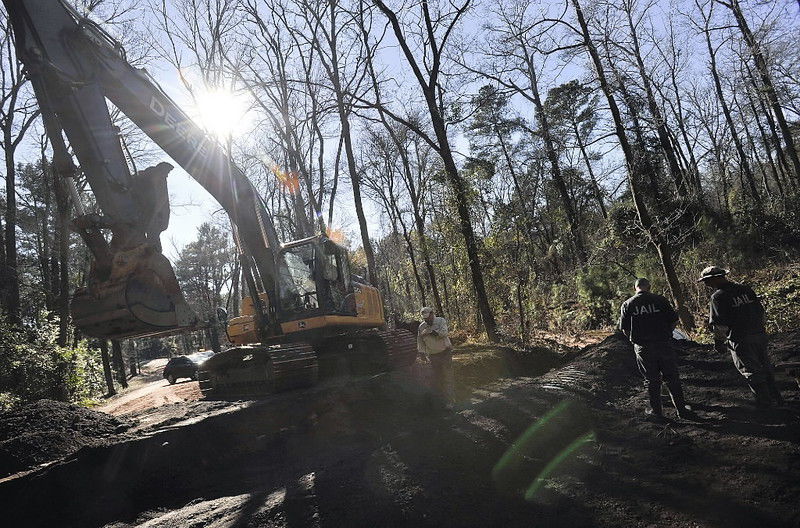 A Smith County Road and Bridge crew replaces a 50-foot long culvert pipe Tuesday on County Road 434 near Mt. Silvan. The agency responsible for repairs and upkeep on county roads in Smith County is scrambling to make repairs to damage caused by storms in December, said Goran Altman, a trustee supervisor for the department. Andrew D. Brosig/Tyler Morning Telegraph 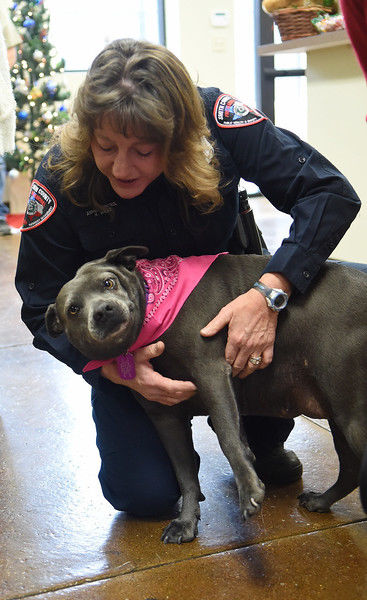 Nunette Moss, shelter coordinator and animal control supervisor, spends a moment with shelter mascot Muffin during a tour at the new Smith County Animal Shelter Monday Dec. 5, 2016 in downtown Tyler. The shelter will have the capacity to house 169 dogs. (Sarah A. Miller/Tyler Morning Telegraph) 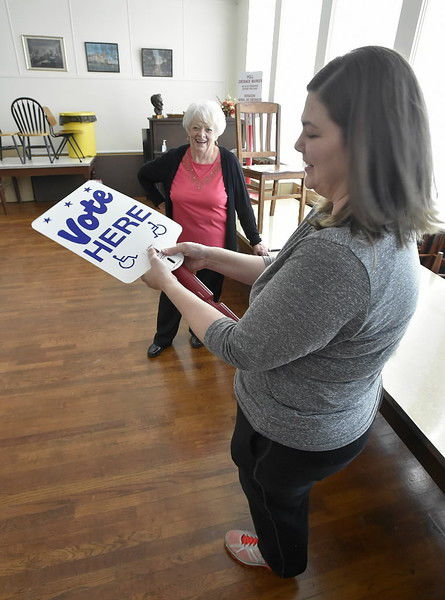 A Smith County Road and Bridge crew replaces a 50-foot long culvert pipe Tuesday on County Road 434 near Mt. Silvan. The agency responsible for repairs and upkeep on county roads in Smith County is scrambling to make repairs to damage caused by storms in December, said Goran Altman, a trustee supervisor for the department. Andrew D. Brosig/Tyler Morning Telegraph

Nunette Moss, shelter coordinator and animal control supervisor, spends a moment with shelter mascot Muffin during a tour at the new Smith County Animal Shelter Monday Dec. 5, 2016 in downtown Tyler. The shelter will have the capacity to house 169 dogs. (Sarah A. Miller/Tyler Morning Telegraph)

Major changes within the county's governing structure made headlines in 2016, but Smith County also made progress on infrastructure projects and made it easier for residents to vote.

Former Smith County Judge Joel Baker resigned amid allegations he knowingly violated the Texas Open Meetings act on three occasions in 2014. He also resigned from a statewide disciplinary board for judges over separate allegations of inappropriate behavior for a judge.

Attorney and former Tyler city councilman Nathaniel Moran was appointed to replace him on the bench.

The county also saw the implementation of countywide vote centers and a record voter turnout for the presidential election.

Also new this year was the renovation completion of a new downtown animal shelter and the beginning of a long-range road plan, with more planning to happen in 2017.

It was a hard year for former County Judge Joel Baker.

In March, he resigned as vice chairman of the State Commission on Judicial Conduct, amid allegations he was carrying on an inappropriate relationship with a woman online. In his resignation letter, Baker cited personal and family stress for his decision to step down.

The commission, which is an appointed board charged with investigating judges, then began an investigation into the matter.

Those allegations sparked community uproar. People lined up to speak at the Commissioner Court meetings, and there were community calls for Baker's resignation. Grassroots America - We the People filed a legal petition to remove Baker from office. That was based on two points - the supposed inappropriate relationship and an ongoing investigation into Baker's role in violating the Texas Open Meetings Act.

There also were months of discussion on the Rules of Conduct and Decorum, the rules that govern how the Smith County Commissioners Court holds its meetings, after Baker used parts of the document to shut down public comments that were critical of him.

All three meetings for which Baker was charged involved discussion of the county's contract with Arizona-based American Traffic Solutions for unmanned traffic cameras, a contract that was signed by Baker in January 2015. The meetings all took place the prior summer. Those meetings took place July 8, 2014, July 29, 2014, and on Aug. 12, 2014.

Following that indictment, the State Commission on Judicial Conduct suspended Baker without pay, pending the outcome of the criminal case.

He initially appealed to have the suspension lifted, but withdrew his request after Nathaniel Moran was appointed as a temporary replacement, citing his confidence in Moran in the position.

In September, Baker agreed to resign as county judge in an agreement with the Commission on Judicial Conduct. That agreement stated Baker would resign in exchange for the commission dropping an investigation into the sexting scandal. In the agreement, Baker admitted no guilt in that scandal, or in a Texas Attorney General's Office criminal case against him for alleged Texas Open Meetings Act violations on three occasions. But he did agree to resign in lieu of discipline.

In December, the misdemeanor court case on open meetings violations was scheduled to go to jury trial.

Instead of going to trial, Baker took a plea deal, allowing him to plead no contest to the charges, pay a fine of $200 and serve 30 days of deferred adjudication.

With that, the criminal case was closed. Baker's attorney said Baker plans to re-open his private law practice in East Texas.

Moran was sworn in as acting county judge in July, and in November formally appointed to fill Baker's term.

Moran's practice is primarily in business litigation, with an emphasis in creditors' rights. It includes drafting contracts as well as real estate and commercial lending transactions.

In August, Moran took over overseeing probate and mental health hearings. At that time, Moran said he felt trust was the biggest issue facing the county, and he said the best way to regain that trust is through transparency. Another trust factor is going through the proper processes for governing and taking action as a court, he added.

Perhaps the largest challenge facing Smith County is an aging network of roads, and some progress was made on repairing some in 2016. It could cost between $86 million and $124 million to make needed improvements and maintain the existing roadway configuration, according to a study commissioned by the Commissioners Court in 2014 and completed in summer 2015.

In 2016, county crews completed more than 5,400 work orders, with a large percentage of them for general maintenance or due to weather. The department also replaced over 700 road signs and repaired more than 33 miles of roadway.

The county's system includes 1,168 total road miles. In 2017, Road and Bridge will have $4 million for special projects, including reconstruction, widening and overlay projects. There is another $600,000 for surface treatments, including seal coats.

After two years of work, the county's new animal shelter opened in December at 322 E. Ferguson St. in downtown Tyler. The facility is in a building that was once Crescent Laundry, one of the first dry cleaning providers in the city. The county purchased it in 2008 for $455,000. The purchase also included what are now the Precinct 1 Constable Office, Elections Administration offices and the R.B. Hubbard Center. The county spent just less than $1 million on the transformation of the building. Some of the work was done with contracts and some was done in-house.

In January, the state approved Smith County's application to use countywide vote centers for its elections.

The centers allow voters to vote at any one of 34 polling locations in the county on Election Day, rather than voting at specified precinct polling locations. Smith County used the centers for the first time for the November 2015 Texas constitutional amendment election, and received approval from the Secretary of State to use the program for all subsequent elections.

The system was used for the May 2016 city and school board elections and again for the November presidential election.