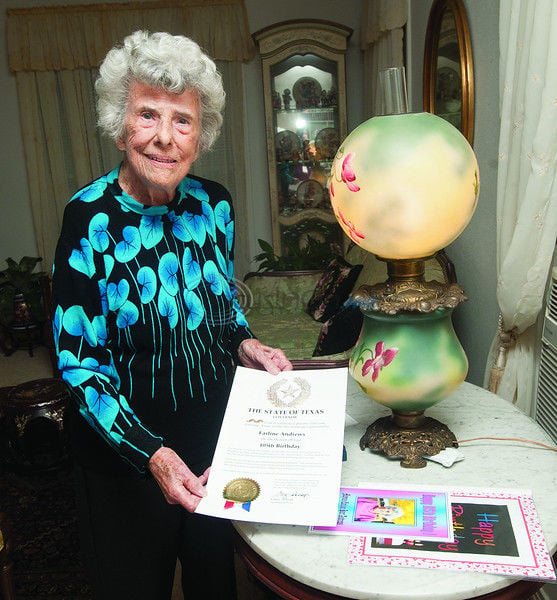 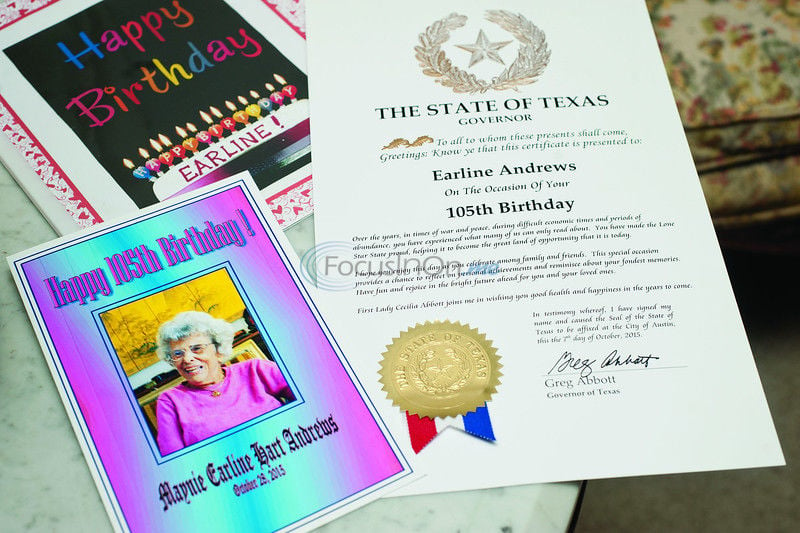 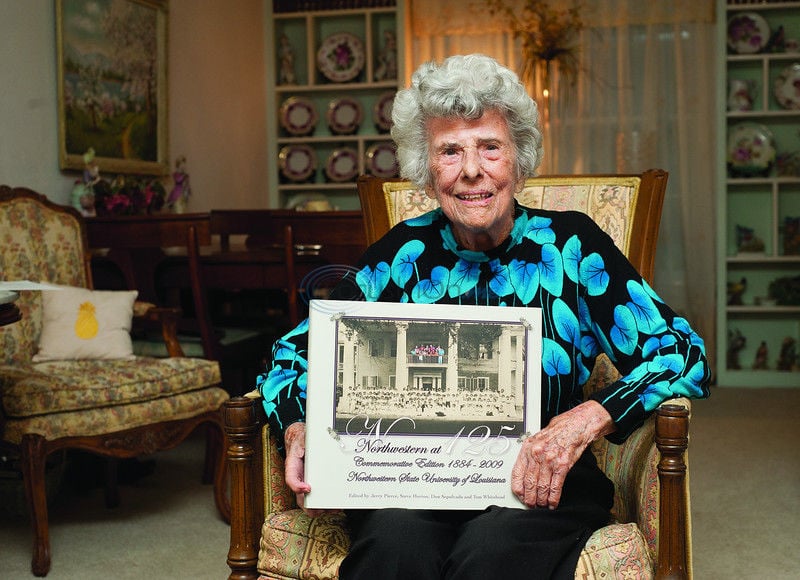 Earline Hart Andrews holds a book from Northwestern State University where she is the oldest living graduate. She was awarded her diploma in 1931. Andrews will celebrate her 105th birthday on October 28. (Sarah A. Miller/Tyler Morning Telegraph)

Earline Hart Andrews holds a book from Northwestern State University where she is the oldest living graduate. She was awarded her diploma in 1931. Andrews will celebrate her 105th birthday on October 28. (Sarah A. Miller/Tyler Morning Telegraph)

Having been awarded her diploma in 1931, Earline Hart Andrews is the oldest living graduate of Northwestern State University, in Natchitoches, Louisiana. Ms. Andrews retired in 1975 from teaching, and will celebrate her 105th birthday on October 28. Andrews was awarded with a birthday certificate from Texas Governor Greg Abbott recently for her birthday this week. The certificate sits next to several birthday cards she's received from cousins and former students on her coffee table.

Her college years are very dear to her heart still to this day and it's noticeable as she holds onto a thick book on the history of Northwestern University that was given to her by the office of Alumni Affairs from the university.

"I went to Northwestern State University, although it wasn't called that back then, with the plan to become a teacher," said Ms. Andrews. "I taught all of my 43 years of teaching in Texas except for 3 years."

Northwestern State University was the school students attended to pursue a career in teaching. According to Ms. Andrews, she taught multiple grade levels during her teaching career and considered all of her students her children. She said her brother had children, and she took to them as if they were her own.

"I didn't need any children of my own, I had the school children," said Ms. Andrews. "I was the most blessed woman in the world, I had all sorts of children."

Ms. Andrews taught middle school children for the majority of her teaching career. She enjoyed her students and always was curious who they would grow up to be. She says although she loved every minute of it, teaching was a challenge due to personality conflicts. To this day, Miss Andrews still receives phone calls and visits from former students, and says it means the world to her that she made such a positive impact on their lives.

"In fact I still hear from several of my ex-students now, and some are in their early seventies," said Andrews. "I get calls from them on their travels saying I remember you talking about this, and they've called me from trips to Europe and even had one call from Egypt!"

Andrews taught her first year in Tyler at Marsh Elementary School on North Bois d' Arc Street. She says the school became overpopulated and they built Ramey Elementary and split the population between the two schools.

"Every day that I stepped into a classroom I had no idea what was going to happen, or what would've occurred," said Andrews. "When the kids came into my classroom they soon learned that we were going to get the most that we could out of the year, and that's what I worked towards doing."