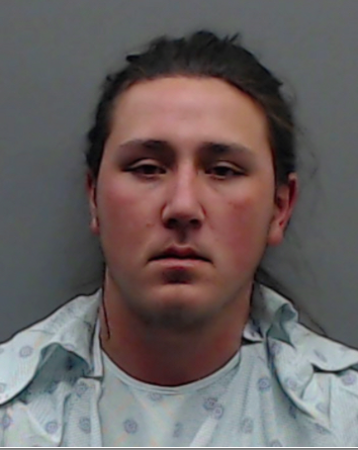 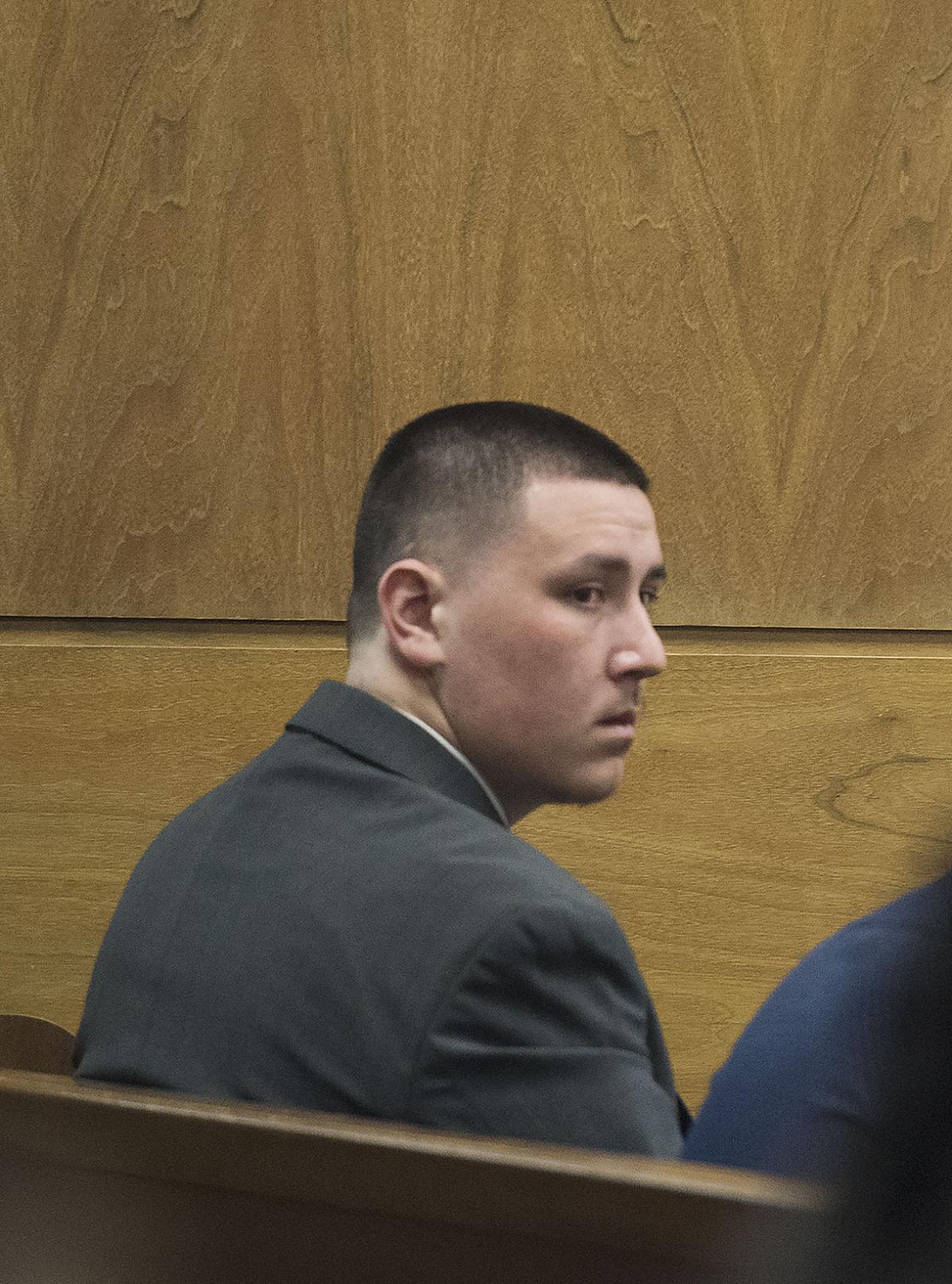 Martin Wesley Reynolds Jr. waits for his case to be called in the 114th District Court in Smith County on Tuesday July 17, 2018. (Sarah A. Miller/File)

A Smith County judge on Monday denied a Whitehouse man’s request to lower his bond on a murder charge.

His attorney, Thad Davidson, claimed in the hearing that Reynolds should be declared indigent due to his family’s limited income and his being in jail for over two years.

Reynolds, 23, is charged with first-degree murder in the Nov. 5, 2017, shooting death of Andrew Carpenter, 19, of Tyler. He has been in the Smith County Jail on a $750,000 bond since his arrest that day, according to jail records.

Davidson called Reynolds’ mother, Tracie Hoffmeyer, as a witness. She testified that her finances are low due to her income amount, bills and having other children. She said she would be willing to have him live at her house if he were to be released on bond. Hoffmeyer said she is in the final year of her eight-year probation for prescription fraud.

The prosecution said Monday the bond is reasonable and should remain the same due to the magnitude of the offense.

His pretrial hearing is scheduled for April 17 and the jury trial is set for April 20, according to Smith County judicial records.

In February, Davidson said the defendant would continue with appeals, including the U.S. Supreme Court, for a petition to challenge the constitutionality of Reynolds’ custody and his right to self-defense.

On Oct. 1, 2018, Kennedy denied Reynolds’ petition for a writ of habeas corpus, saying the claims that he was being denied certain constitutional rights are not applicable to laws within his case.

In the writ, Davidson said Reynolds was denied constitutional rights of due process, self-defense and the right to free speech.

On Sept. 30 this year, the 12th Court of Appeals in Tyler agreed with the trial court’s decision to deny Reynolds’ application for habeas corpus. The court overruled Reynolds’ issues on claims to self-defense, free speech and equal protection.

A writ of habeas corpus is a civil lawsuit used in a criminal case claiming the petitioner is being wrongfully imprisoned.

On June 22, 2018, Reynolds rejected the state’s offer of a 15-year sentence in the Texas Department of Criminal Justice for his guilty plea to the first-degree murder charge.

His father, Martin Wesley Reynolds Sr., of Meridian, Mississippi, was sentenced to 10 years probation with no fine on Aug. 22, 2018, after a jury found him guilty of retaliation against a witness in the murder trial of his son.

Two other men, Colton Wade Tate and Nathan Ryan Garcia, were convicted of tampering with evidence in the case and sentenced to probation.

The arrest warrant affidavit states Reynolds and Carpenter argued on the phone. Carpenter told Reynolds that if he showed up at the residence Carpenter would put a gun to Reynolds’ head.

Garcia drove Reynolds from Whitehouse to Deerwood Drive in Tyler to confront Carpenter. Tate provided Reynolds with a pistol.

Reynolds and Garcia parked down the street and were walking to the residence when they heard Carpenter yell and saw him grab a shotgun, according to the affidavit.

Reynolds said Carpenter shot him in the leg. After that, Reynolds pulled the pistol out and shot Carpenter two times, the document stated.

Authorities were called to the 8800 block of Deerwood Drive on a report of a shooting at about 1:15 a.m., according to the affidavit.

Witnesses were doing CPR on Carpenter when Smith County Sheriff’s Office deputies arrived. Those on the scene told deputies they believed Reynolds was the shooter, the affidavit read.

Reynolds Sr. sentenced to 10 years probation for retaliation against a witness in son's murder trial

One of the three men accused in the Nov. 5  shooting death of Andrew Carpenter, 19, of Tyler, is scheduled for trial next month. Martin Wesley…

A Smith County judge has denied a Whitehouse murder suspect's claim that he is being unlawfully jailed.  Judge Christi Kennedy with the 114th …

The trial for the Whitehouse man accused in the Nov. 5, 2017, shooting death of a 19-year-old Tyler man will be abated until all appeals have …