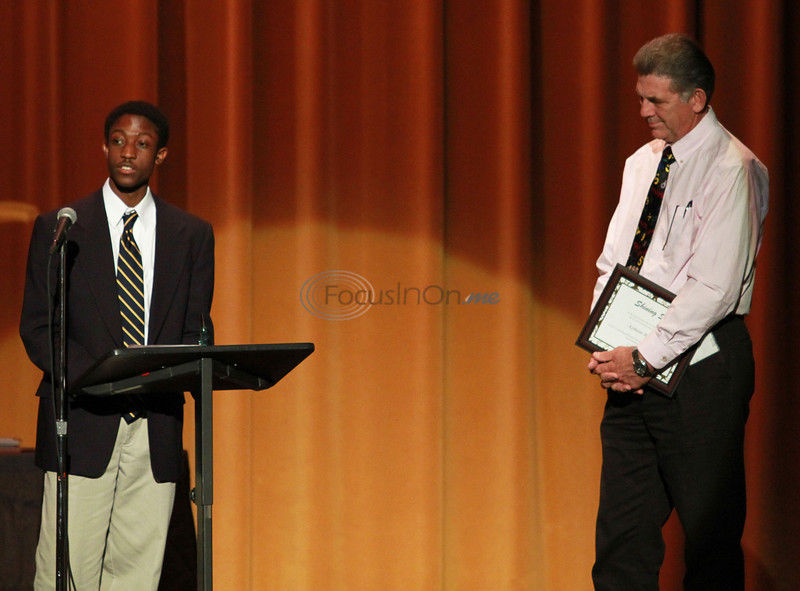 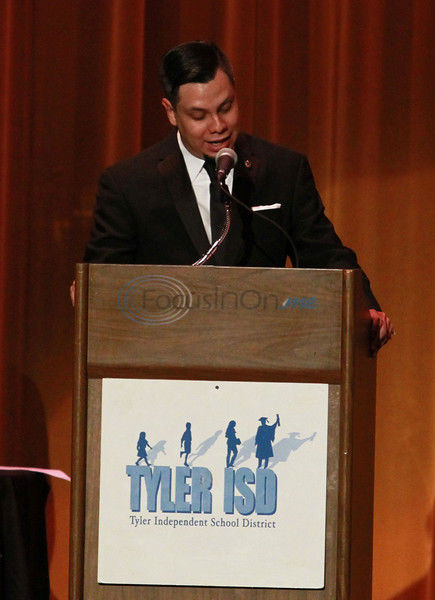 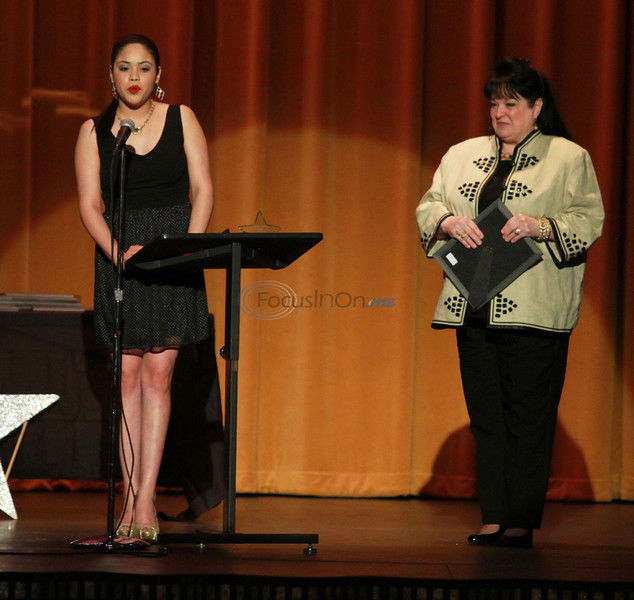 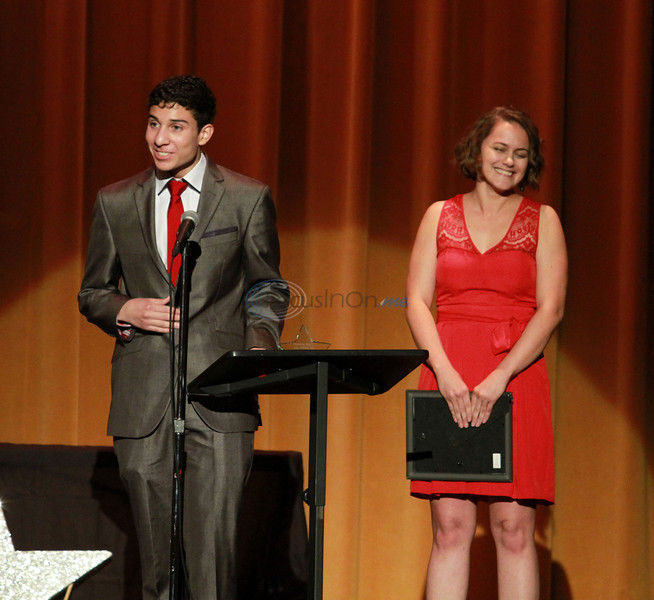 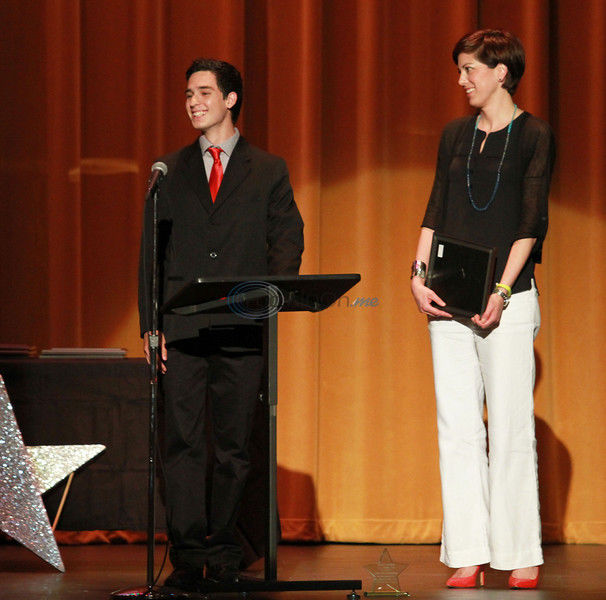 Robert E. Lee High School senior Emily Stanford is a bit older than the other students in her grade. But she seldom shares why.

Miss Stanford grew up with a learning disability that caused her to struggle with spelling and math.

Her challenges in school led to her repeating the third grade, yet now she finds herself ranked highly in her graduating class. Lee swim coach Matt Franks, is part of the reason why, Miss Stanford said Monday while honoring him.

Through the sport of swimming and the 21 hours a week of practice, Franks taught Miss Stanford that quitting was not an option.

"I learned how to persevere, how to keep going even when every part of me wanted to give up," said Miss Stanford, who joined the swim team in seventh grade.

She took those lessons, first learned in the pool, to the classroom where she soon found herself excelling in academics. Now, she is about to graduate ranked 14th in her class.

The Tyler ISD Foundation on Monday recognized the top 20 seniors each at John Tyler and Robert E. Lee high schools during this year's "A Night of Shining Stars" event at Caldwell Auditorium.

During the event, foundation director Marc Loredo recognized each student on stage and shared about their high school involvement and accomplishments.

Each student was accompanied by a TISD teacher, coach or administrator and shared how that person positively affected their life.

Each student received a personalized star-shaped glass award, and the educators received frame certificates, while on stage.

Students described the educators as people who expressed a genuine interest in their students' lives, possessed a contagious passion for their subject area and motivated students beyond their perceived limits.

"She was understanding, but also challenged me to do my best even though I didn't speak English well," Maria Pena said of John Tyler Spanish teacher Anna Hodges.

John Tyler student Sandra Garcia said Moore MST Magnet School algebra teacher Sheila Thurmond pushed her to excel, was willing to help her after school hours and became a friend and someone she could trust.

"You are more than a shining star," Miss Garcia said. "You are the entire sun and the planets all around it."

Lee student Chandler Boone Harrison described art history teacher Melinda Tefteller as a person who taught him to step outside his comfort zone and enjoy art.

The educators described the students as people who were a joy to teach, who dedicated themselves to learning even when it was challenging, and who had gifted minds that enabled them to excel.

"The highest recognition a teacher can get does not come from his or her peers nor the administration," John Tyler biology teacher Guillermo Aranguren wrote of this honor. "It comes from students. The students being celebrated tonight are the elite. To be recognized by them intensifies the significance of this prestigious honor."