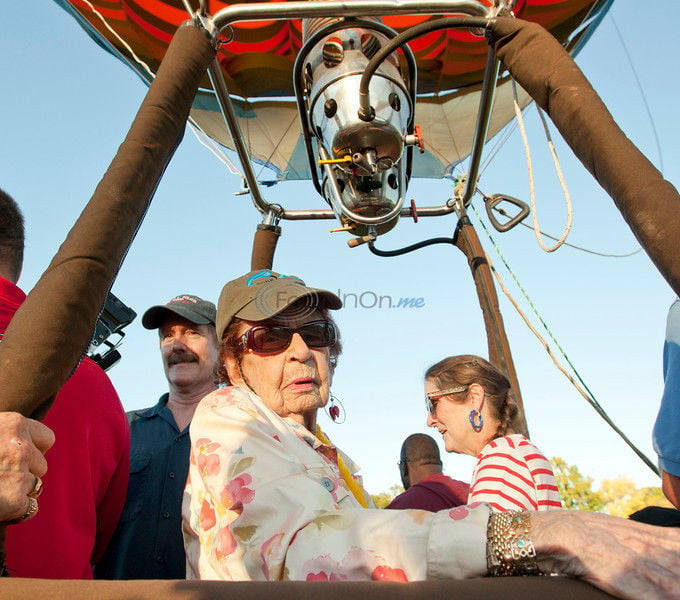 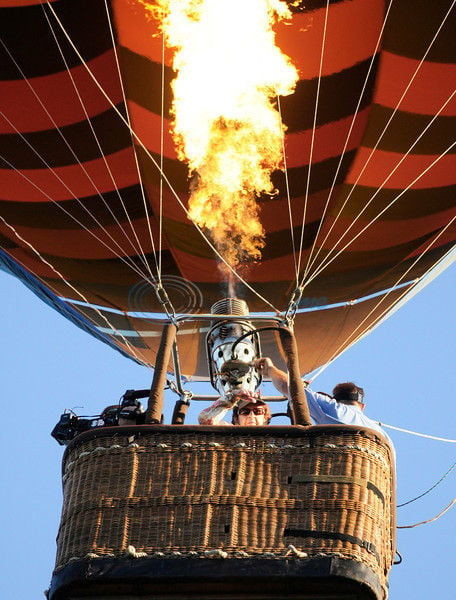 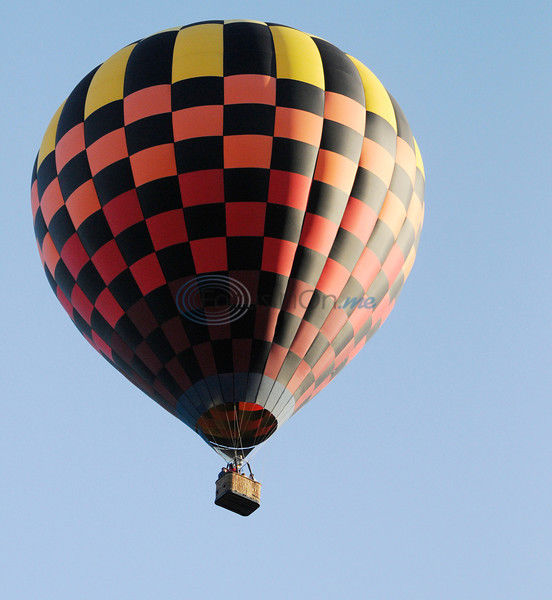 A Tyler centenarian crossed one item off her bucket list Wednesday evening with a balloon ride above Tyler.

The staff at Atria Copeland Assisted Living and Retirement Living wanted to do something special for Geraldine Newman, who hit the century mark in May, said Lisa Lewis, executive director of the facility. The facility partnered with the Hope Foundation of Greater Tyler and Rohr Balloons in McKinney to make that wish come true.

Ms. Newman was a long-time resident of Houston before she moved to Tyler to be closer to family in 2008. Her career involved secretarial work, but she was never afraid of an adventure.

Ms. Newman said has traveled to England, Ireland, France and Haiti, to name a few, and she is a painter and lover of the arts. She has also been in a submarine in Alaska and makes regular trips to Shreveport, La., she said.

"She has a gypsy spirit, and she lights up the room when she walks in it," Ms. Lewis said.

She's no stranger to plane rides, but she has wanted to ride in a hot air balloon since she saw the movie "Around the World in 80 days," which involves a kooky adventure traveling around Europe in a balloon. She had no idea the facility pulled the trip together until about two days before the balloon arrived.

As the flames fired hot air into the balloon and it began to rise on Wednesday, Ms. Newman looked at the operator and said, "We're going to Houston, you know." Then, she told the crowd she was "scared to death but ready to go."

The balloon took off from the Atria facility on New Copeland Road and landed in the Target parking lot on South Broadway. Her nephew Duane Cooper, 54, of Tyler, and her niece Lynn McCabe, 55, of New London, accompanied her on the journey. They flew in style, sipping mimosas as they looked out over the East Texas countryside.

The ride got cut slightly short.

"I'm ready to go again, but I got really tired," Ms. Newman said. "See, I didn't have a stool to sit on so I was standing and my legs got kind of shaky."

As for her bucket list, Ms. Newman said she is open to suggestions.