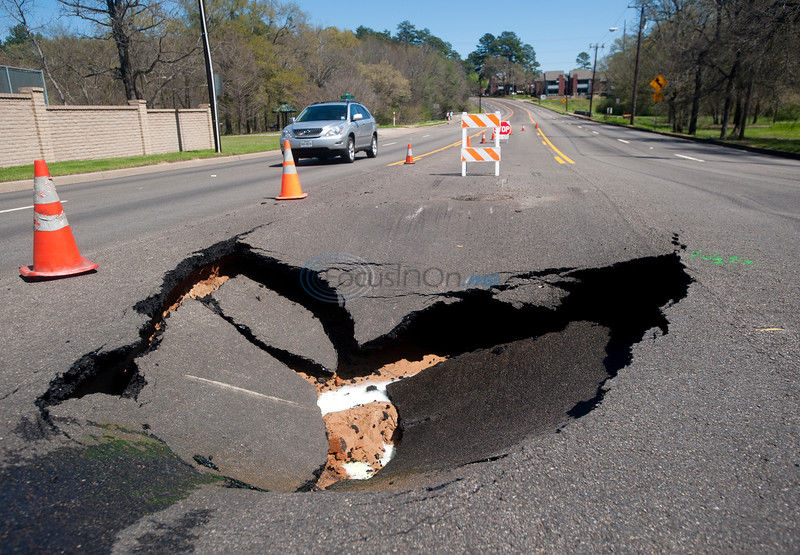 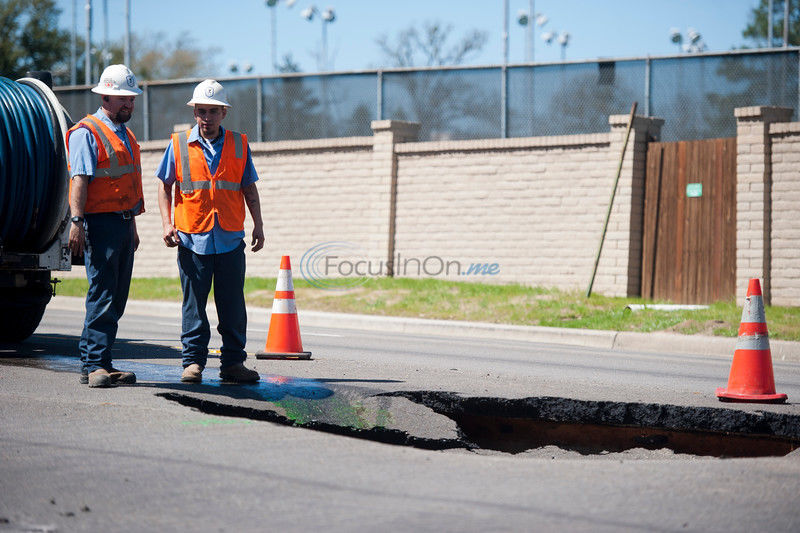 Tyler street crews examine a sinkhole in the turning lane of Shiloh Road on Monday afternoon. Crews believe the hole was caused by a failing water line due to recent heavy rains. (Victor Texcucano/Staff)

Tyler street crews examine a sinkhole in the turning lane of Shiloh Road on Monday afternoon. Crews believe the hole was caused by a failing water line due to recent heavy rains. (Victor Texcucano/Staff)

UPDATE: Traffic is back to normal on Shiloh road in Tyler where a huge sinkhole opened up yesterday. Crews worked into the night to repair the sinkhole.

The formation of a sinkhole on Shiloh Road at Donnybrook Avenue disturbed traffic Monday as crews worked to repair the damage caused by a partial pipe breakage.

Kevin Olson, city of Tyler Water Utilities operations manager, said his office was notified about 1 p.m. Monday of a sinkhole, and an assessment of the situation gave his crew a good idea of what happened.

"We believe it s a partial pipe breakage just outside of the manhole, and with all the rains we have been having, infiltration of fill material," he said.

Olson said he did not believe there would be other sinkholes forming in the area.

"This is a fairly large outfall main and, as things deteriorate over time, if they are cracked with heavy rains and saturated soil, it helps things start to move and underground utilities start to move a little, and then we probably start seeping water and fill material into the system," he said.

Olson said the 8-foot by 8-foot area would take until late Monday night to repair.