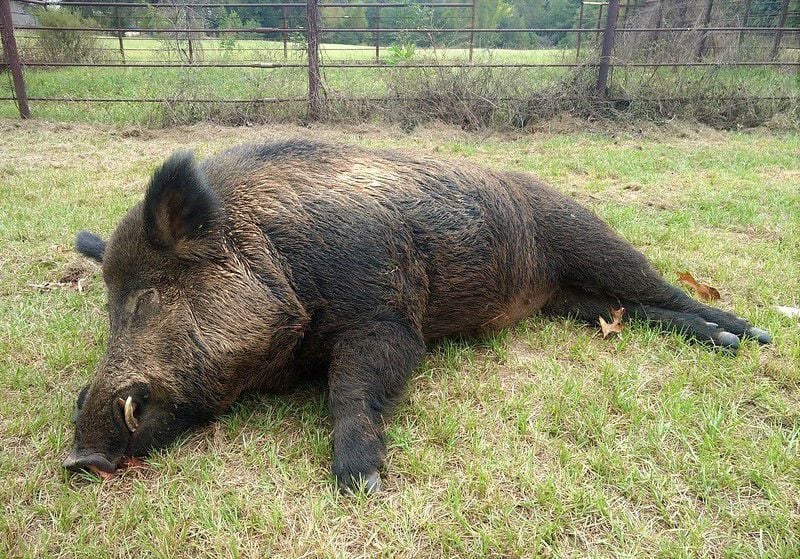 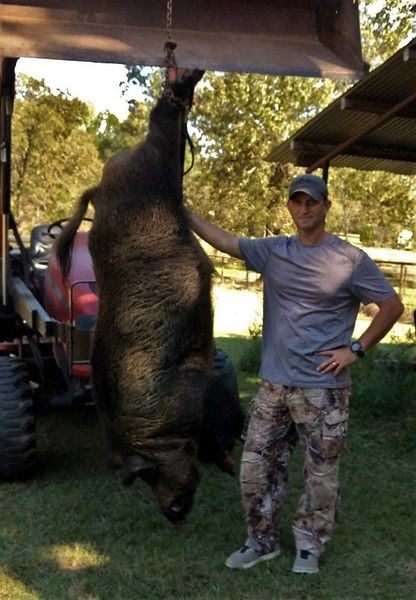 GREGG COUNTY - A Union Grove man has taken down the Boss Hog - a 416-pound feral pig that was wrecking his property.

According to the Gregg County Game Warden’s office, Joe Clowers bagged the beast while he was hunting on his own land.

“This pig had been terrorizing his property for years - five or six,” said Game Warden Todd Long, who posted images of the pig and Clowers on the Gregg County Game Warden’s Facebook page. “So every time he went hunting, he took a little extra firepower in case it showed up. Well, this time, it showed up.”

“He was able to place the shot, but that pig was able to escape him for an additional 10 hours before he could catch him,” Long said. “By that time, the meat wasn’t usable, but he got a great trophy.”

“Here lately, feral hogs are coming closer and closer to towns and cities,” he said. “In the last month or six weeks, we’ve had an explosion of calls from people wanting to know the laws about harvesting them, and information on trappers and hunters who might come get them.”

“We don’t have a bag limit or a season or hours,” said Long. “If you’re a property owner protecting your property, you don’t even need a hunting license. If you’re hunting them for sport, we will ask you for a license, but you can hunt them at any time.”

Drought conditions could be driving the hogs toward human habitation, Long said.