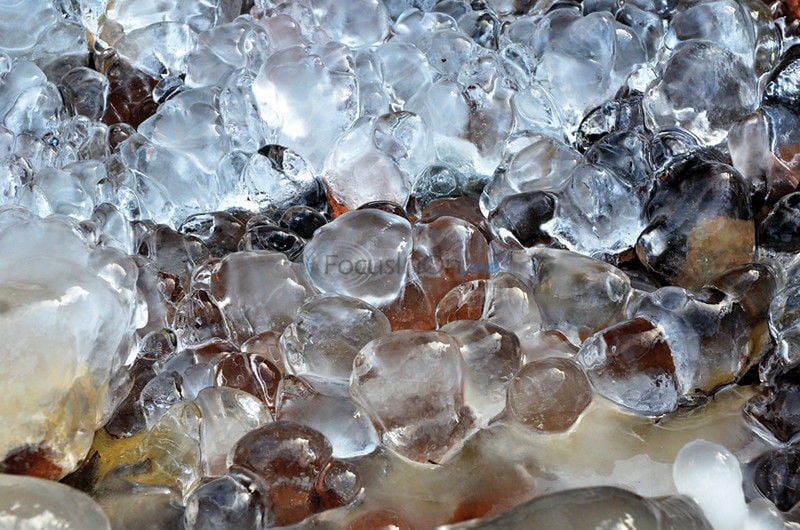 Interesting-shaped ice particles form at the bottom of the fountain. (Victor Texcucano) 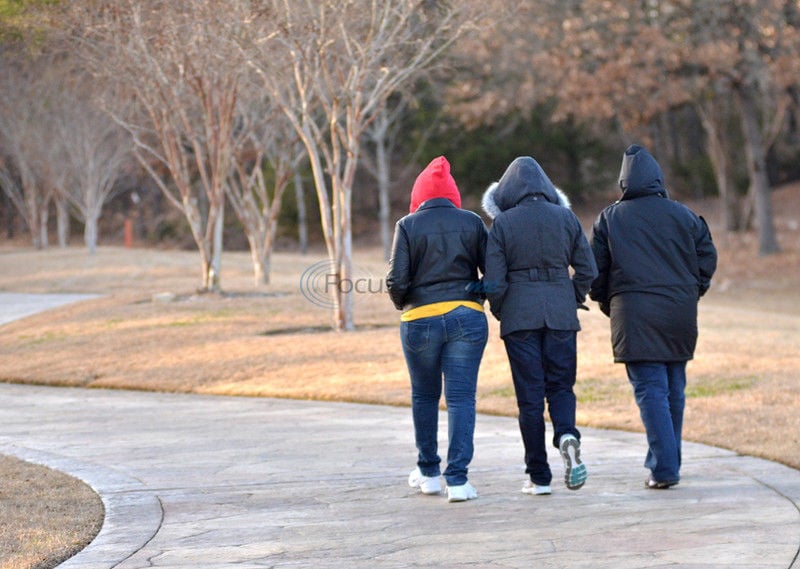 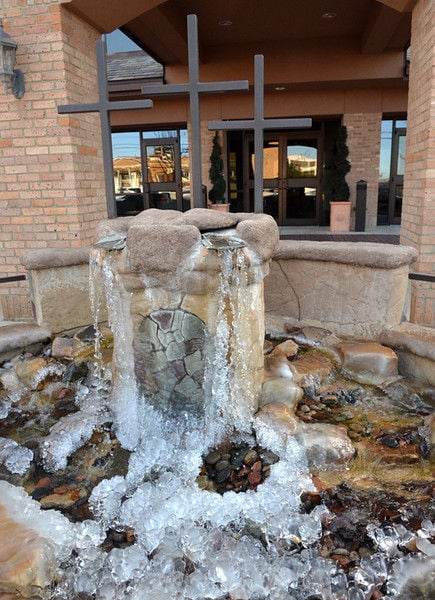 Interesting-shaped ice particles form at the bottom of the fountain. (Victor Texcucano)

There isn't much that will stop Tim Burns from getting in a run — aside from a thunderstorm or black ice.

So when the 41-year-old set out for his Monday morning run in sub-freezing temperatures, he went out prepared, donning two pairs of socks, two jackets, pants, a pullover and two pairs of gloves, among other clothing. He ended up doing 8 miles.

"I was fine once I got going …" Burns said. "I plan to do the same (today). Unless it gets icy, I'm going to be out there pretty much every day."

Burns wasn't the only person impacted by the cold temperatures.

Chantel Millin, community and corporate relations coordinator for The Salvation Army, said the number of people receiving the organization's services from day to day typically rises when there is extreme weather.

She said that's because there are more people to feed, they have to create beds for more people and they must get more towels and "everything residents use from day to day."

And since The Salvation Army can't predict exactly how many people will come in night to night, she said they must have excess resources on hand so they don't run out. She said via email that 38 people came in Sunday night for cold weather and at least that many were expected on Monday night.

"We do definitely prepare for excess just in case," Ms. Millin said.

"Usually during this time of year we expect more people night to night. …We have cots clean and ready to put out when people come in at 4 p.m."

She said Monday she also was sure additional people were coming to eat at The Salvation Army and that the Social Services Department was giving out plenty of blankets and keeping an eye on the supply.

Tyler postal worker Gale Suggs was out delivering mail Monday. She was delivering downtown but said she would deliver to some homes that evening.

She said she enjoys her job, and "you just have to dress in layers."

One worker at the site estimated that 20 to 25 workers were on hand, and said they likely would work until 3:30 p.m.

But he said this will be the last "real cold day," and by Thursday, temperatures are expected to warm up into the 60s. He said there are chances for rain later this week, but "most of the weekend will be nice."