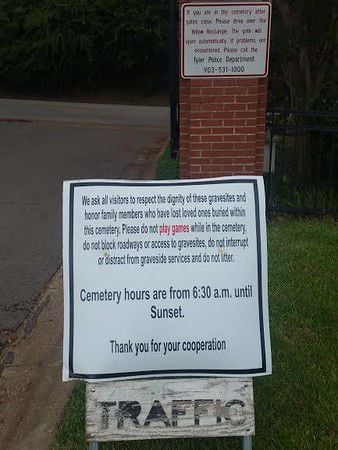 The city of Tyler posted a sign in the Rose Hill Cemetery discouraging gamers form playing Pokemon in the cemetery. Faith Harper/Staff 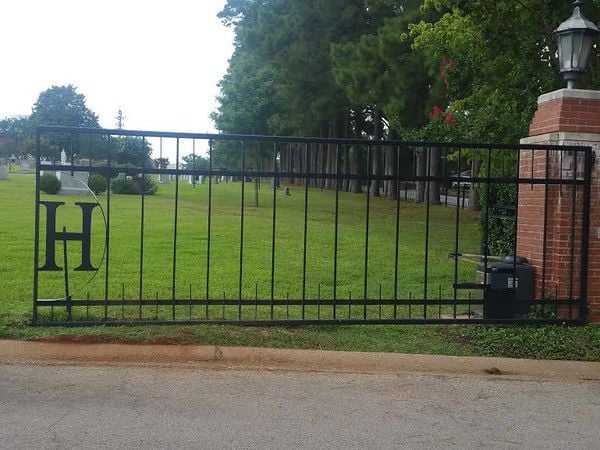 The city of Tyler posted a sign in the Rose Hill Cemetery discouraging gamers form playing Pokemon in the cemetery. Faith Harper/Staff

Rose Hill Cemetery was quiet Thursday afternoon as a few cars trickled in with visitors to see their loved ones.

It was a gray afternoon, with off and on rain, and the cemetery's road system was clear of cars.

It was a stark change from the past few weeks as droves of people were attracted to the cemetery to play the popular Pokémon Go game.

Pokémon Go, the first big-hit augmented reality game, has swept the nation and the city of roses. However, some residents have complained that its players were disrespectful of the hallowed ground.

The cemetery had 19 Pokéstops and three gyms within its grounds, making it a wildly popular place for gamers. Pokéstops are monuments where items can be found and gyms allow players to exercise their creatures and make them stronger.

The increased traffic was a concern to the families of the people resting there, and a gate was broken, though the city isn't sure if that was done by a general visitor or a gamer.

On Thursday, all the virtual creatures and virtual checkpoints disappeared, and the gate had been repaired.

The city also put up a sign in the cemetery asking people not to do a list of things including: play games, block roadways or access to gravesites, litter or interrupt graveside services.

There still were checkpoints in other cemeteries, including the historic Oakwood Cemetery, and city officials caution they cannot ban people from the cemeteries altogether. They are public places, maintained, at least in part, with taxpayer funds.

A change.org online petition called for the city of Tyler to ban gamers from the cemetery. It had 45 signatures as of Thursday afternoon.