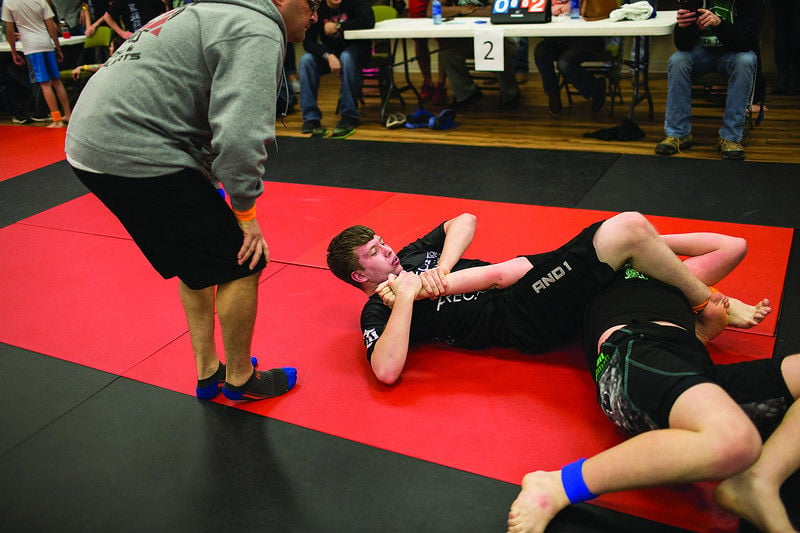 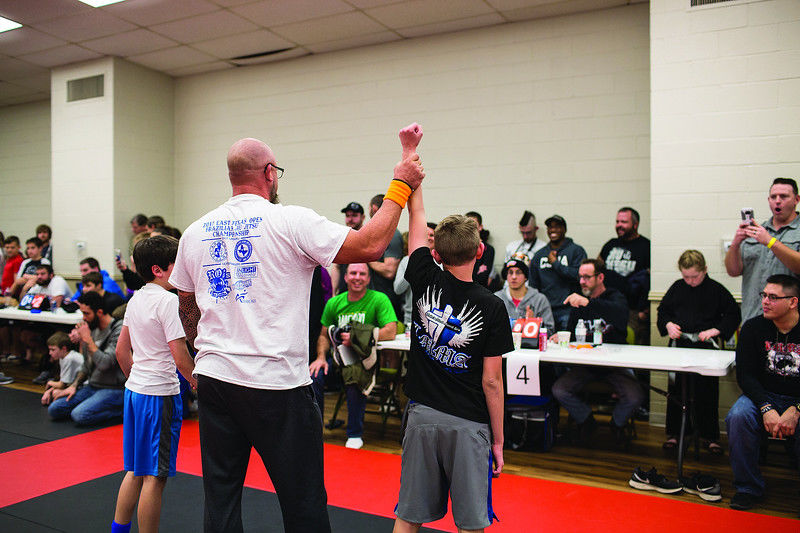 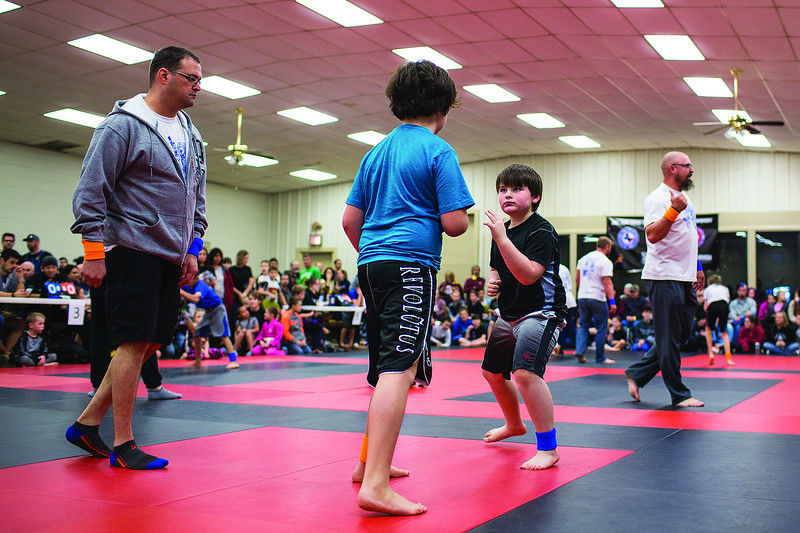 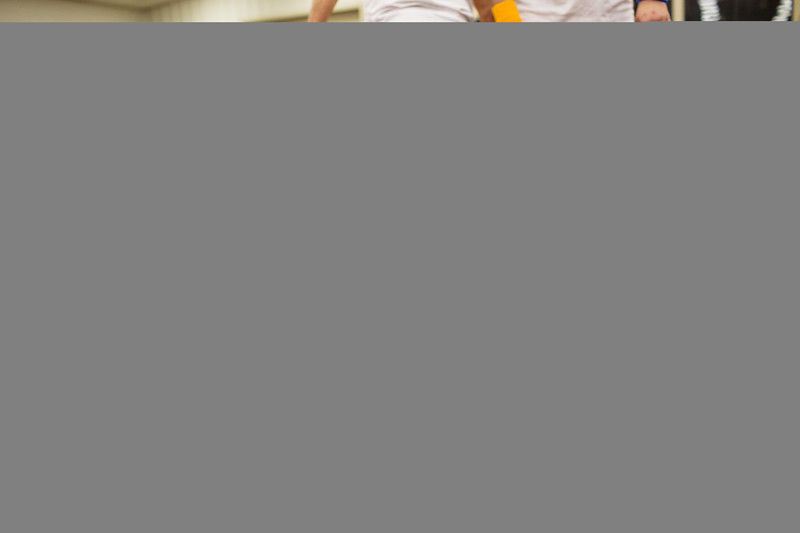 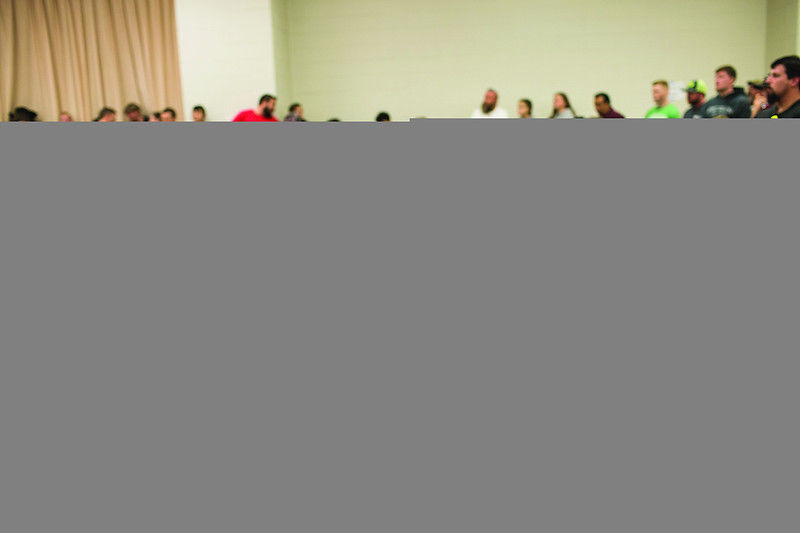 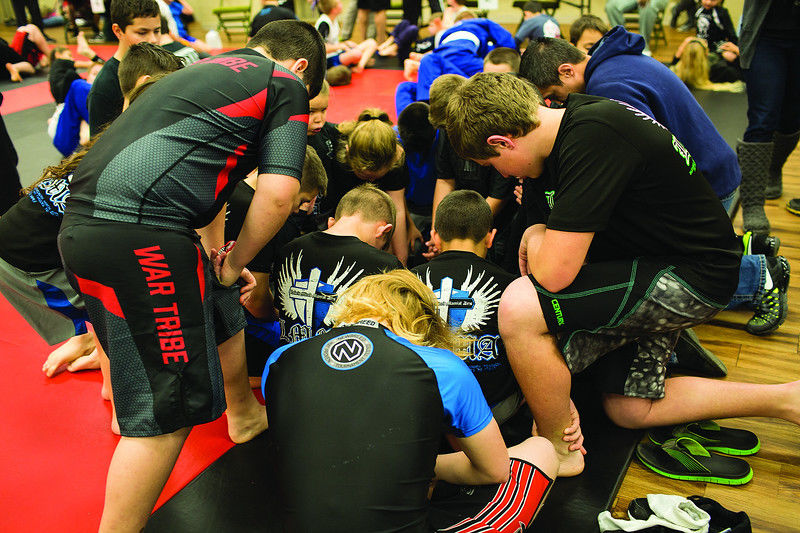 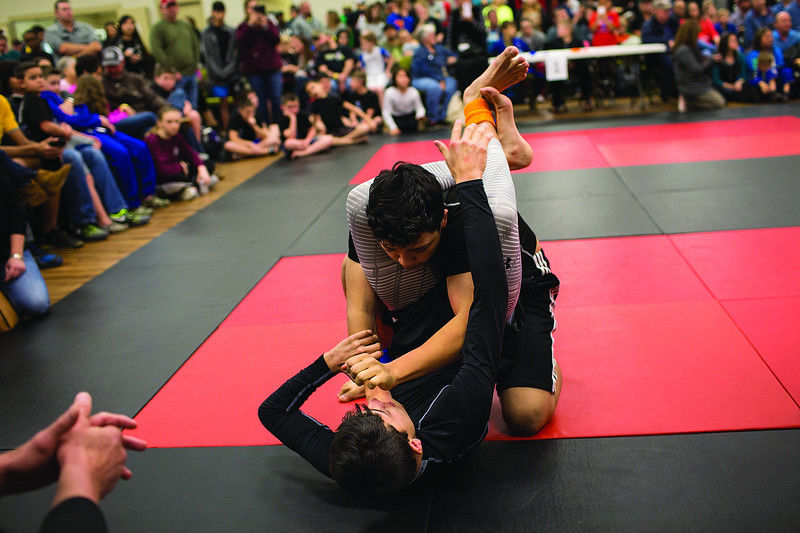 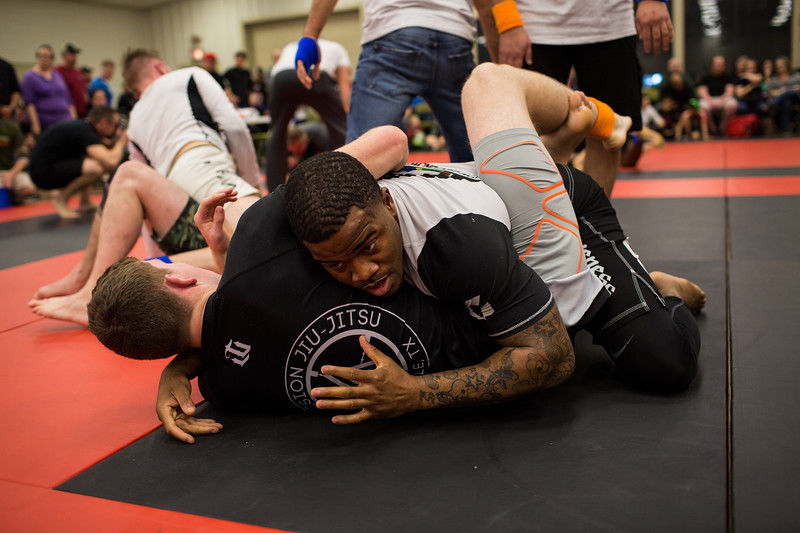 Professional mixed martial arts fighter Chase "The Ace" Johnson and over 200 other competitors ranging in age from 5 to 55 hit the mats at the Sharon Shriners for the East Texas Open Brazilian Jiu-Jitsu Tournament in Tyler.

The competition featured youth and adult competitors from East Texas and Louisiana in over 20 different weight classes in Gi and No-Gi jiu-jitsu.

Gi Jiu-jitsu consists of grappling with the use of a traditional Gi, the traditional martial arts uniform which allows opponents to grab the clothing of their opponent. No-Gi is grappling that doesn't require the traditional uniform but shorts and a rash guard are worn and the competitors are not allowed to grab any of their competitor's clothing.

Competitors gain points for taking down their opponents or holding them in certain positions showing control for three seconds.

Sister and brother Mikayla Morris, 12, and Jax Morris, 11, from Pure Jiu-jitsu in Longview came in first and third in their division and weight class.

"We didn't have to fight each other," Mikayla said. "It was fun and we love doing martial arts."

Their mother, Galatia Jacaman, said her kids have been involved in martial arts for over three years.

"They're not allowed to fight or practice at home," Ms. Jacaman said. "I'm a nervous wreck when they're out there on the mats, but I'm very proud of both of them and it's fun to watch them compete and do well."

As the afternoon went on, hundreds of people packed Sharon Shriners making it standing room only alongside the walls and the mats.

"We're very happy with the turnout and the support from the community," Chad Decker, owner of Ethos Jiu-Jitsu and martial arts in Tyler, said. "We surpassed our goal of 150 entries and we'll be looking for a bigger place to hold the event next year."

MMA fighter Johnson said events such as Saturday's competition keep him in shape, focused and ready for the next MMA opportunity.