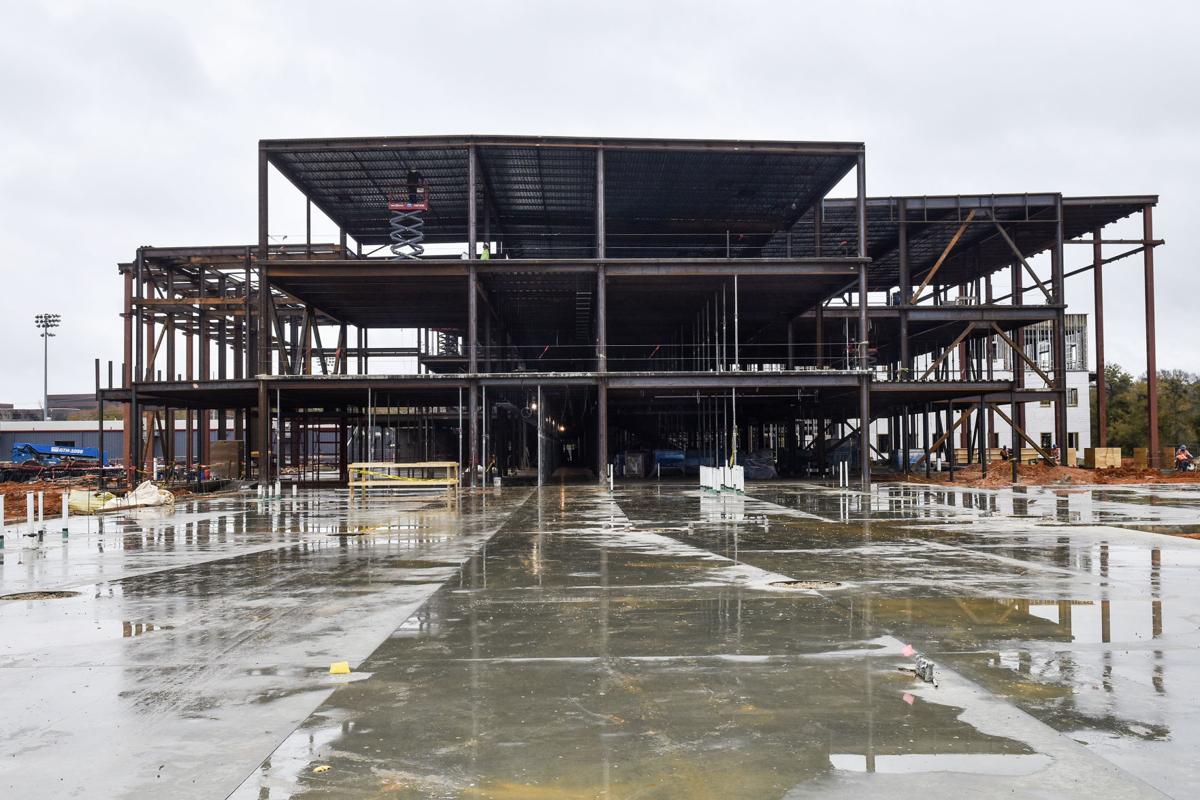 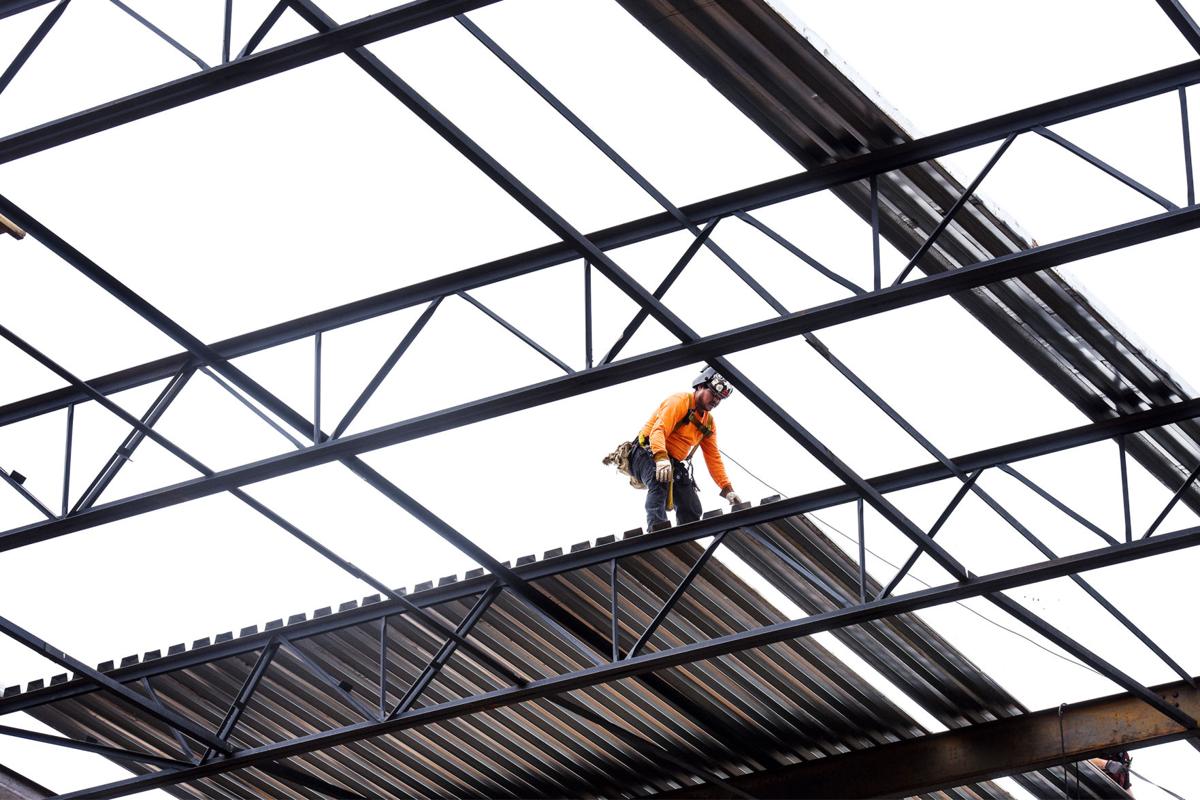 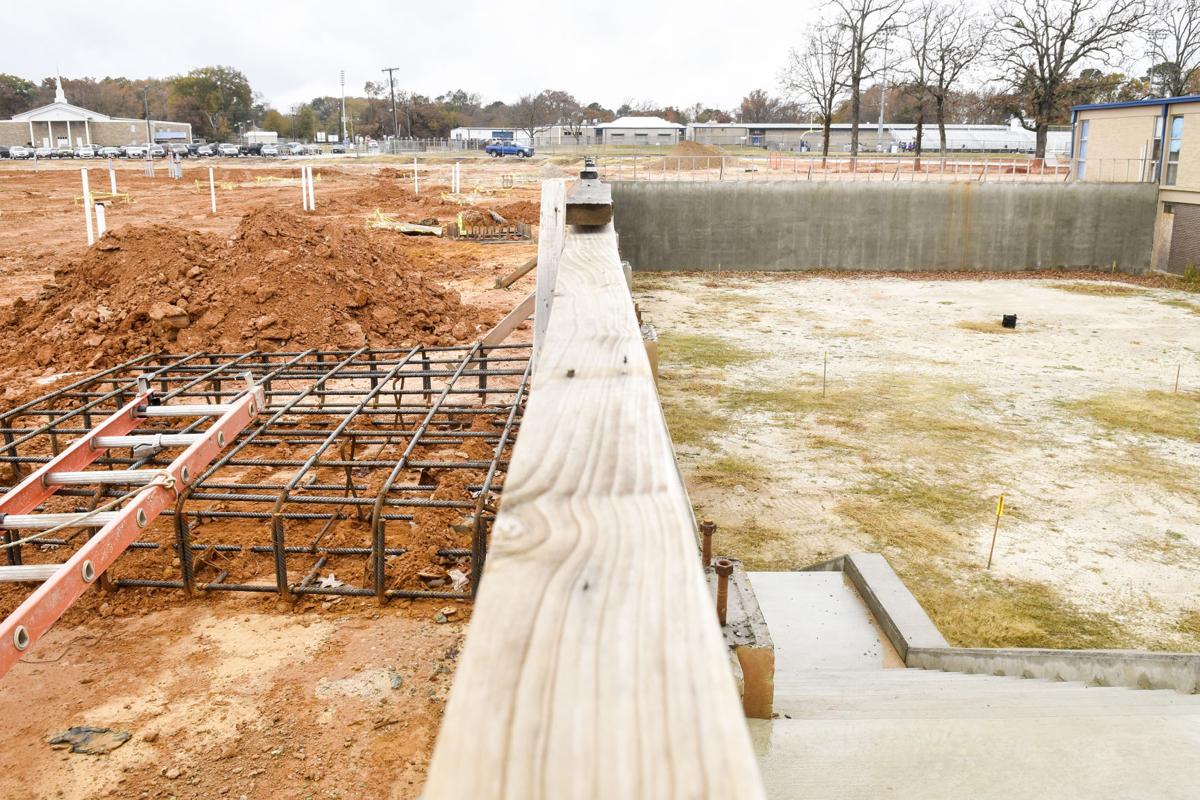 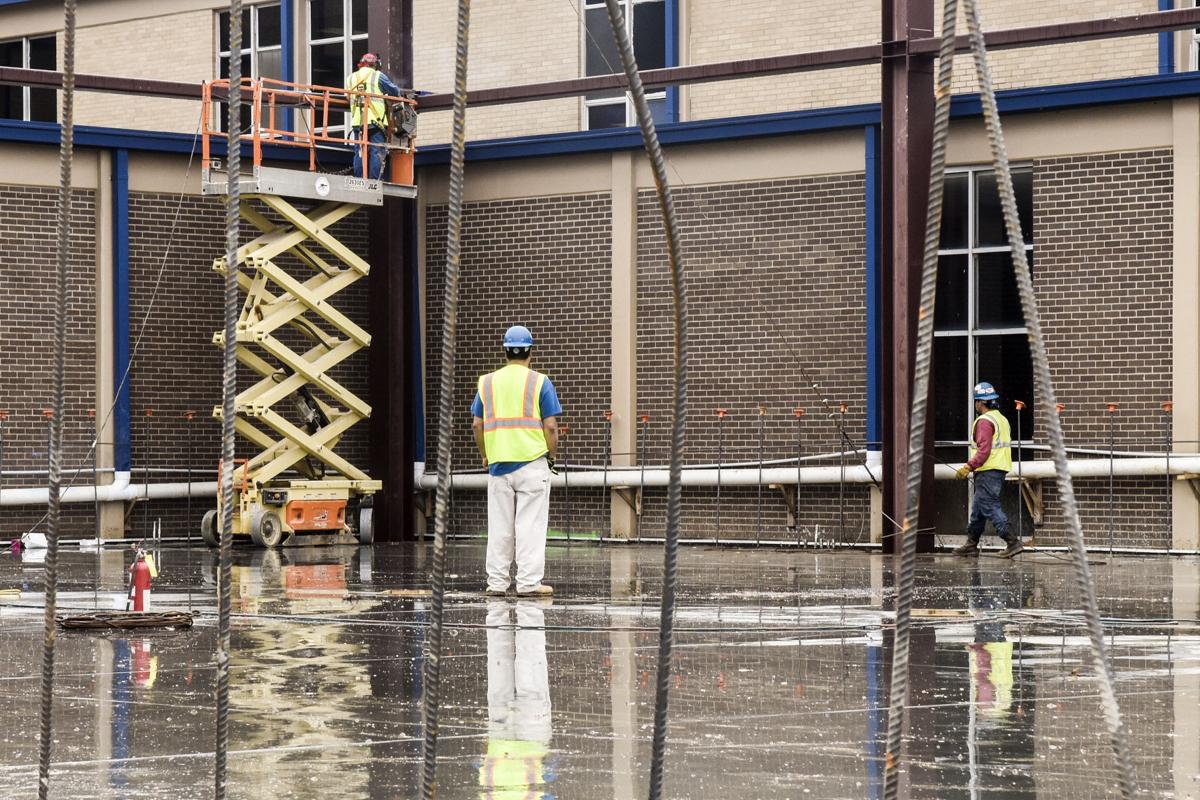 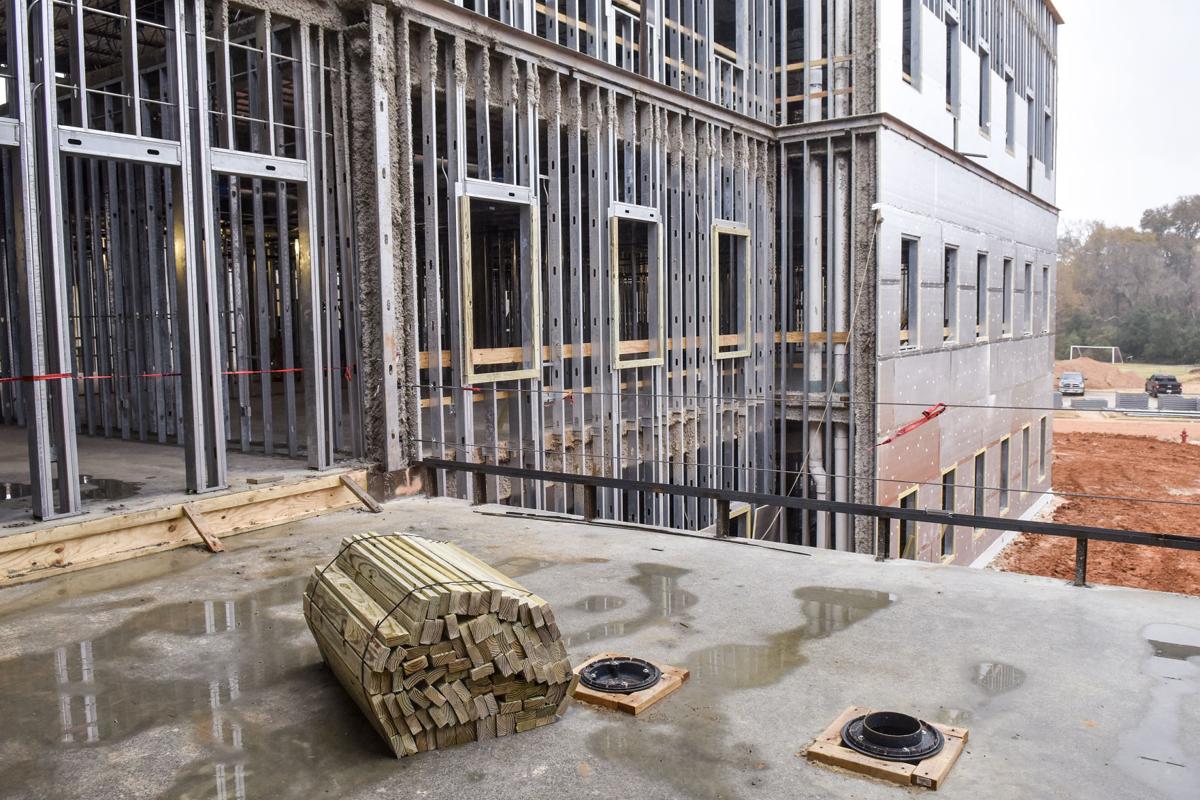 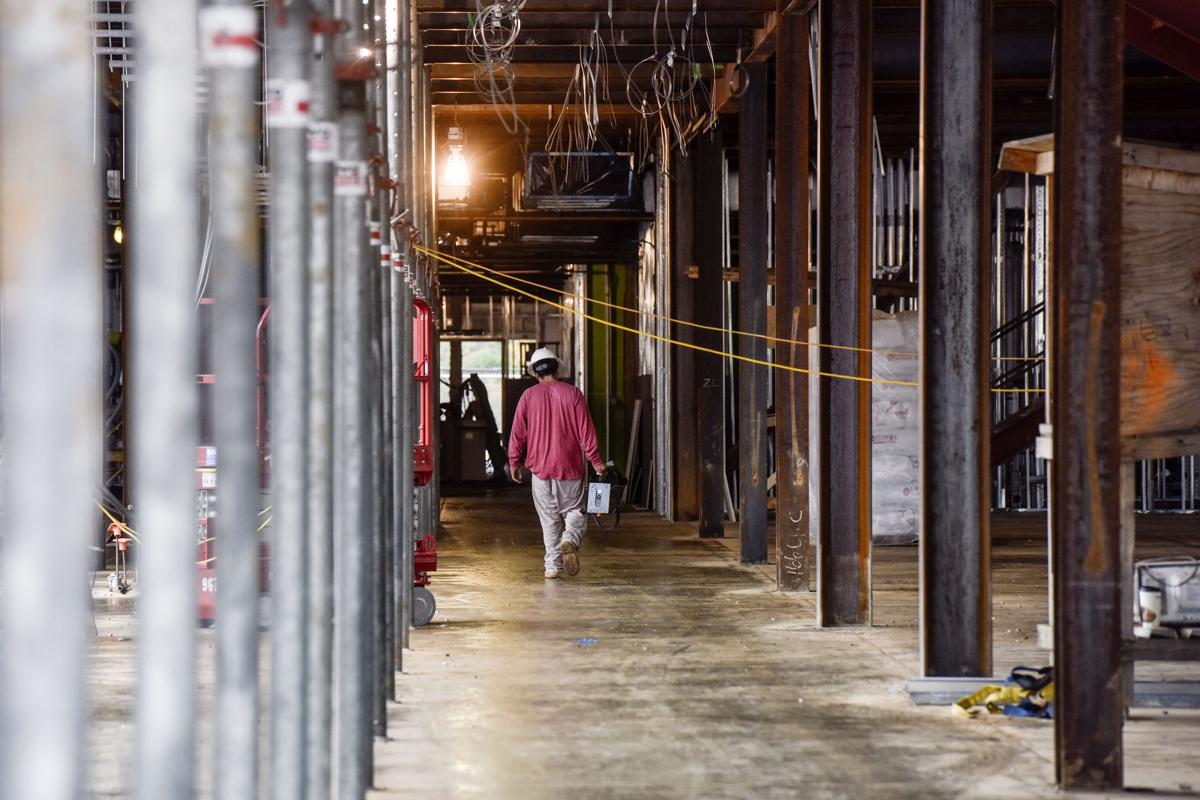 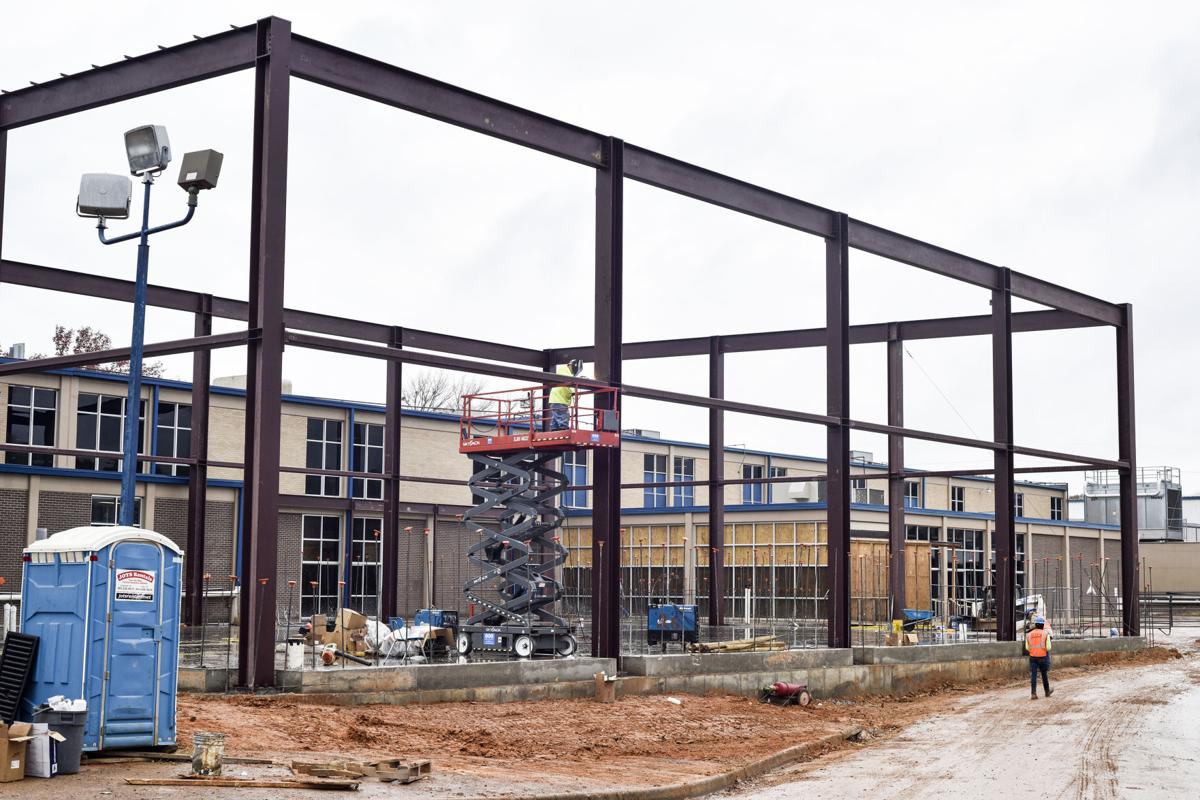 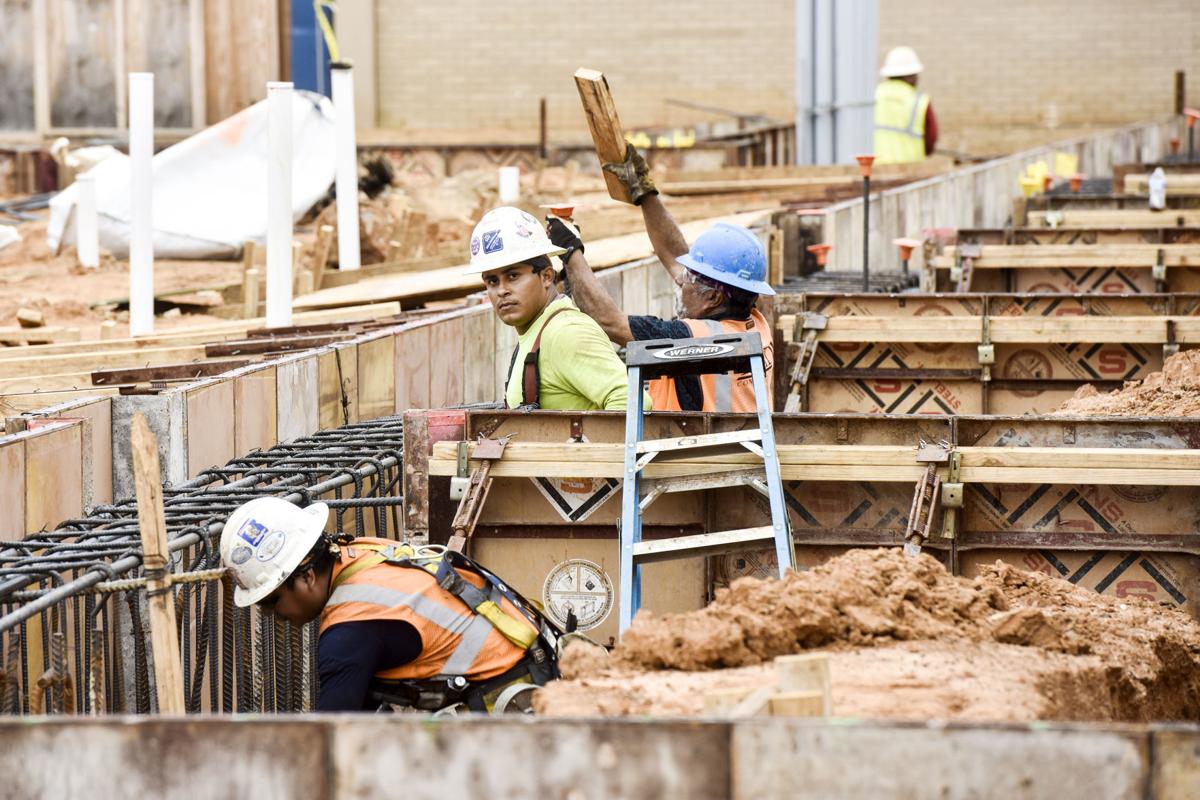 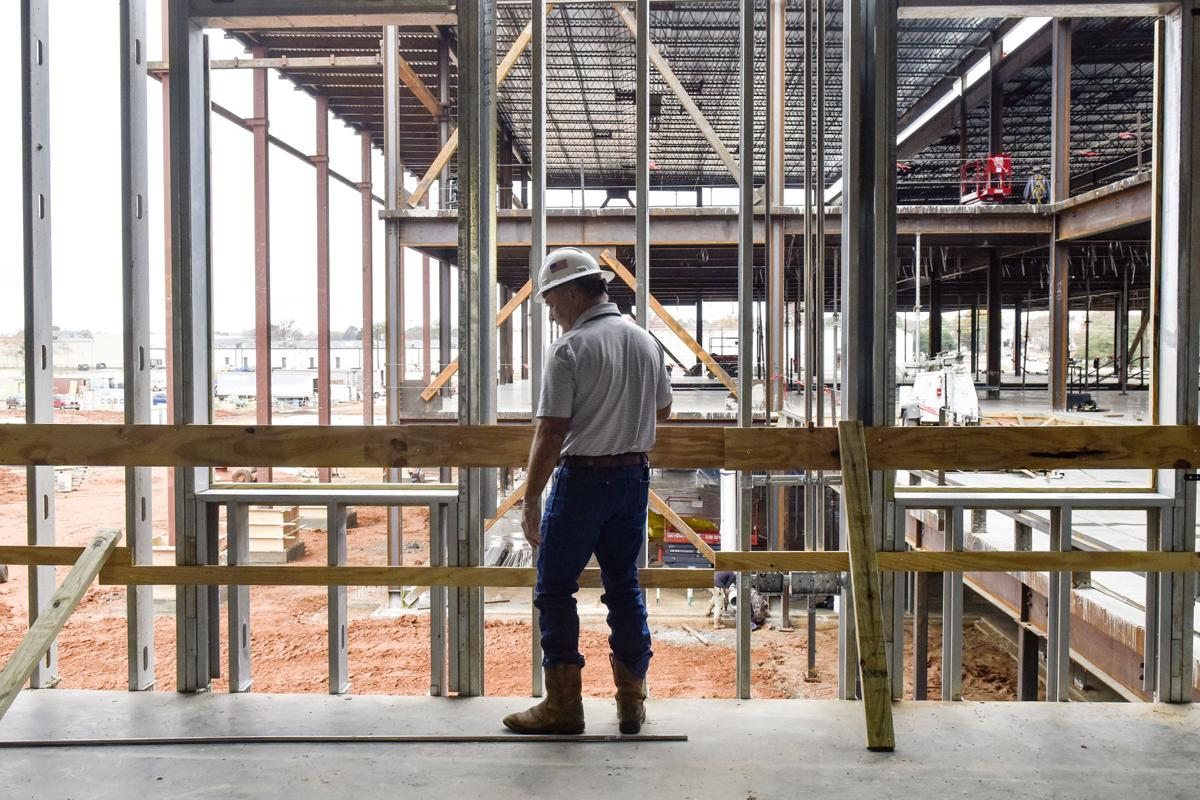 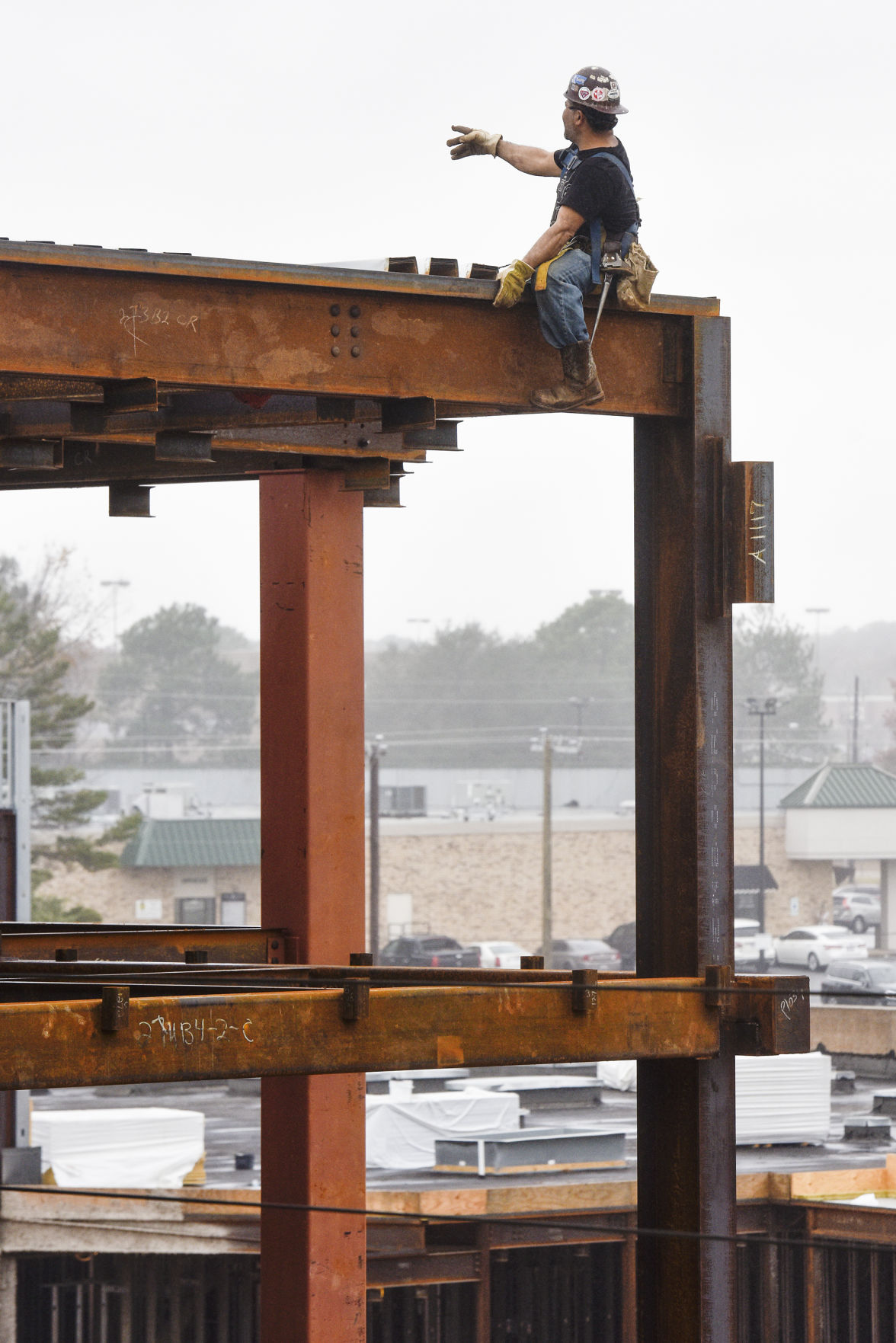 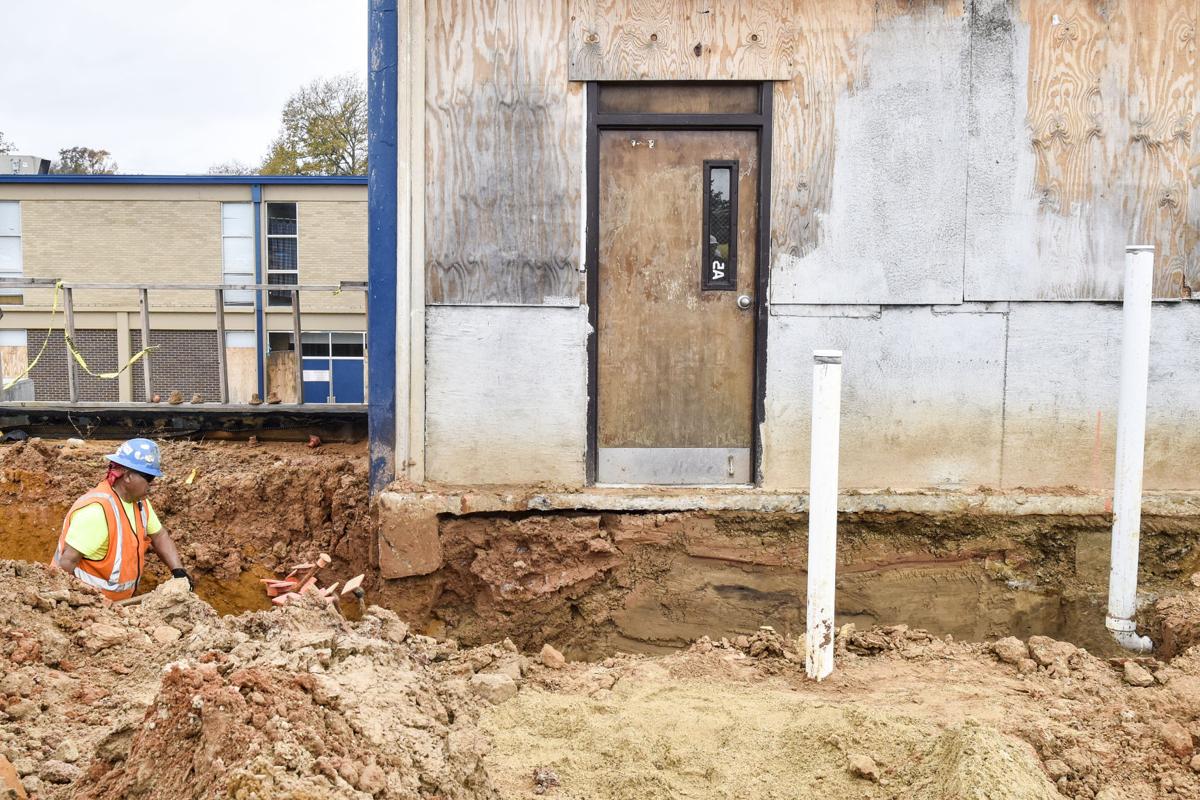 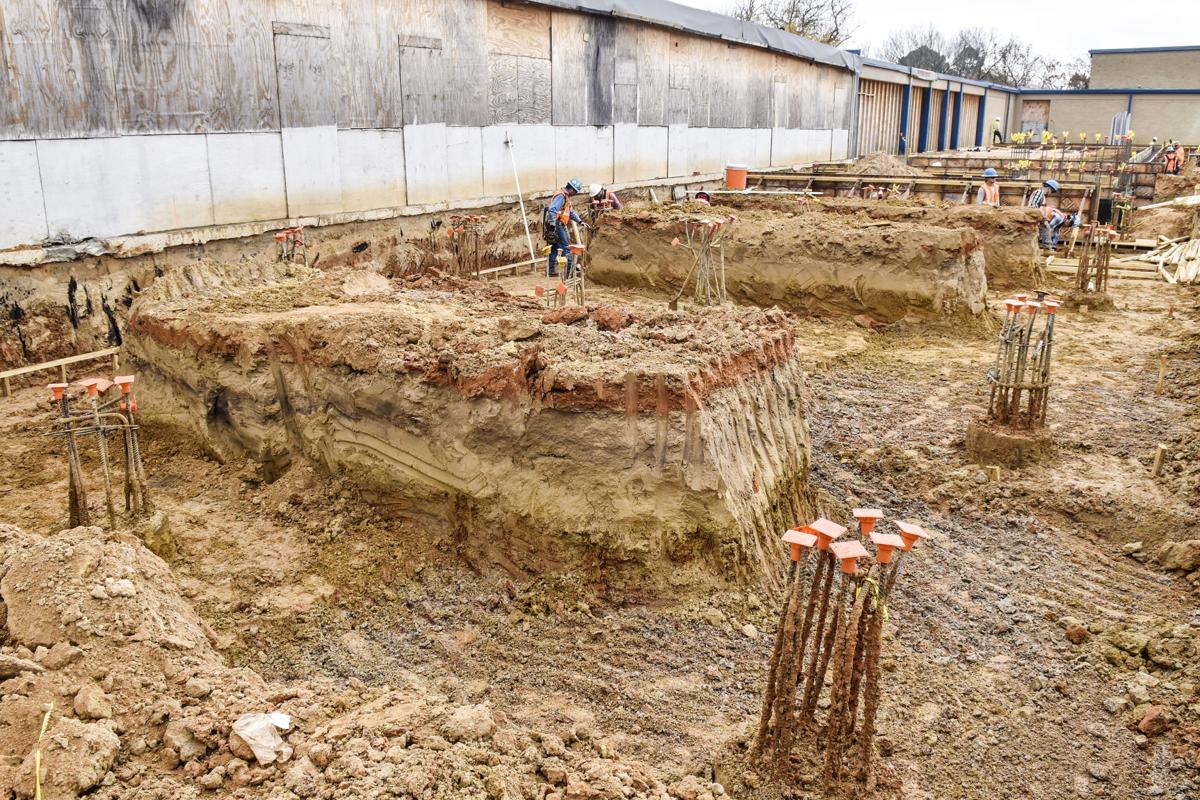 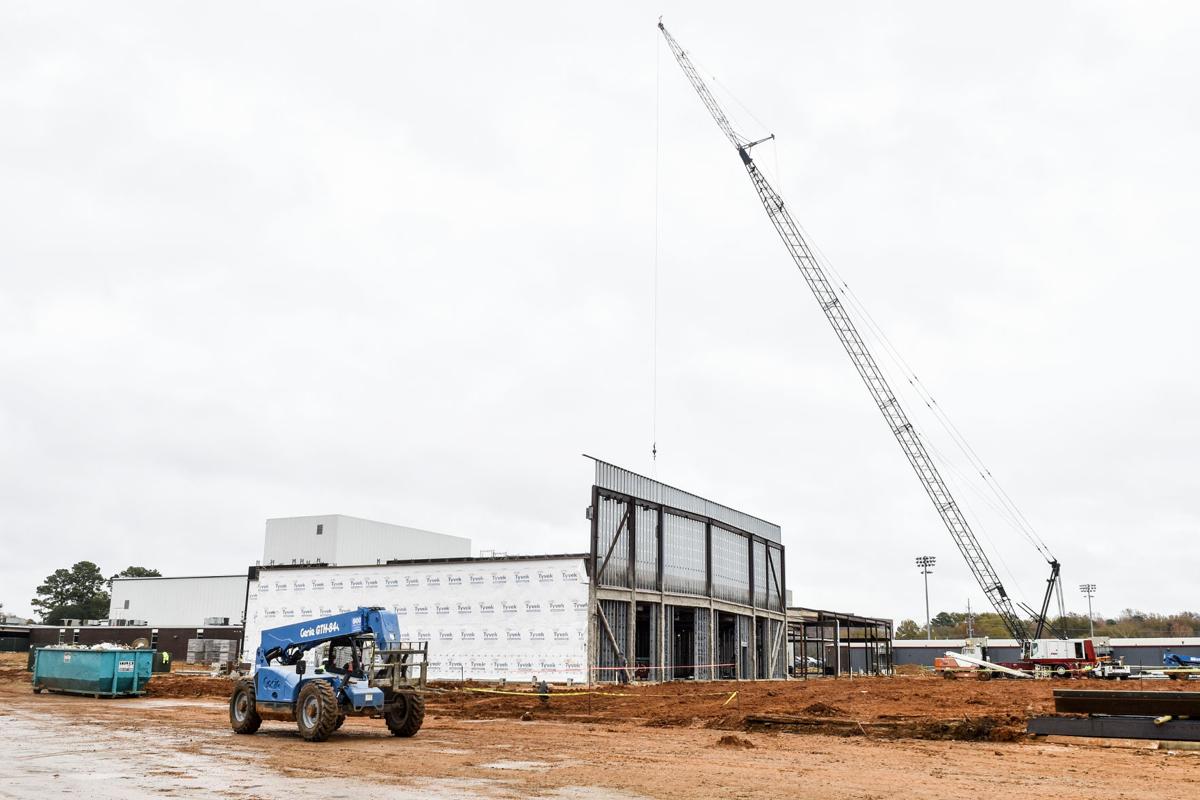 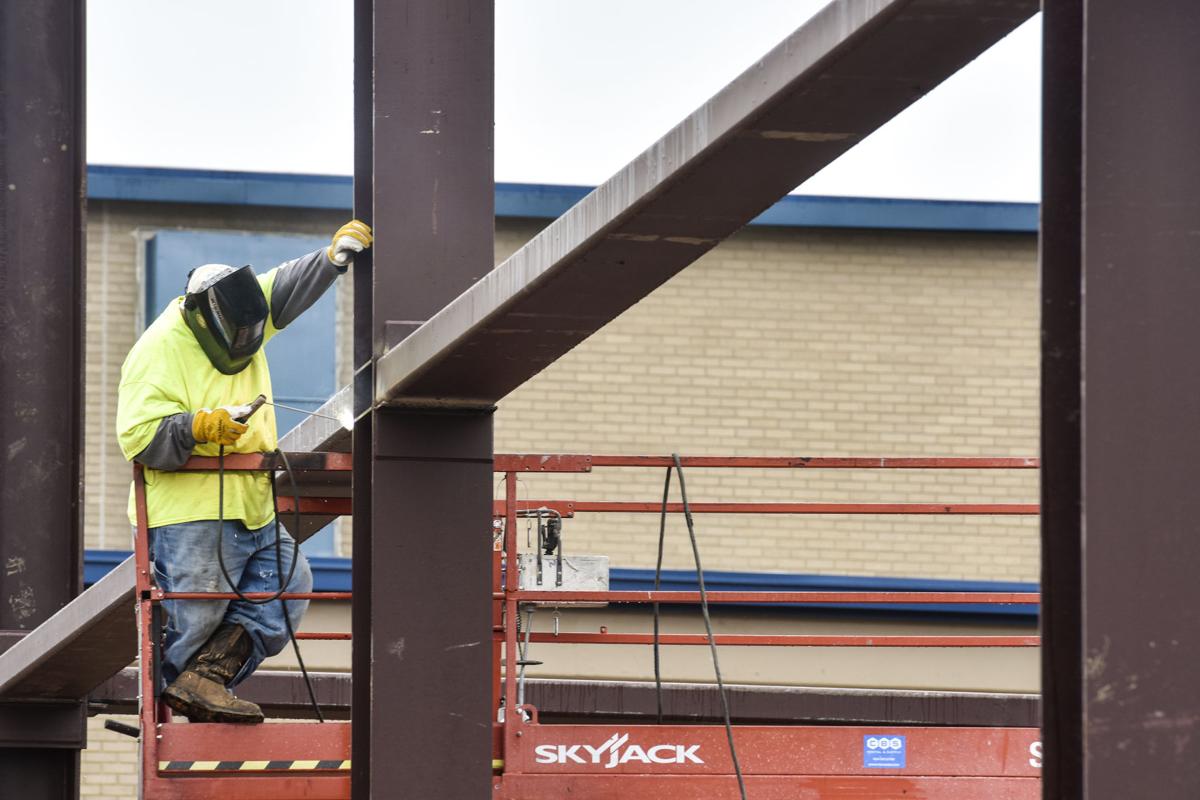 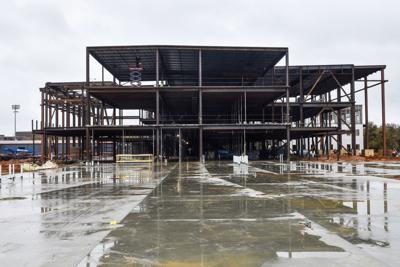 The sounds of work crews greet Tyler ISD high school students each morning as construction on the renovation of John Tyler and Robert E. Lee campuses is well underway.

While construction is more noticeable at Lee — its campus is older so more has to be built new — students at John Tyler are seeing the work all around them and will occupy parts of their new facilities first.

A $198 million bond package is funding the construction. The community overwhelming supported the proposal at the polls in May 2017. In 2021, when the new facilities officially open, Tyler ISD will boast two virtually new state-of-the-art high schools, each measuring more than 400,000 square feet.

Lee, built in 1958, will be almost wholly rebuilt with only the competition gym, field house and fine arts center remaining. The entire campus is shifting south toward Shiloh Road, and commuters or joggers going down South Donnybrook Avenue can see the walls going up on the first few portions of the new building.

Lee Project Manager Cherie Jones estimated the new three-story academic wing is about 40-percent completed, and construction has started to connect the academic wing to the field house and fine arts center. A massive crane sits in the area that one day will be the school’s main courtyard.

“We have to keep our crane in place, building in a radius around it,” Jones said.

Even with recent rain, the project is staying on schedule, Jones said.

“So far we’re doing good. They’ve put some floats in for weather,” she said. “We’re still on track to finish August 2020.”

Jones said one of the areas students will enjoy most is a second-floor patio overlooking the new front of campus.

Jones said students will begin the 2020-21 school year in the new academic wing, while crews will move to begin demolition work of the current campus that summer.

Most of the sports fields will move closer to Loop 323 once that demolition is completed.

At John Tyler, most of the work can’t be seen from Loop 323, but it’s well underway, Project Manager Brady Beddingfield said. A new practice gym will open next summer and the academic wing will be ready for teachers to move into when students leave for winter break in December 2019.

“This practice gym will be the first part of the project that gets turned over to the school,” Beddingfield said. “The strategy is always to have two gyms open.”

Because John Tyler was almost completely rebuilt after a fire in 1981, much of the skeleton or frame of the existing building still can be used, though it will be renovated and more buildings added on. Right now, construction crews are reinforcing dirt work, foundation and footings on the campus. In January, the new structure will start going up in front of the current campus.

While it may not look like it from the outside, John Tyler already is two stories, but one of the floors is mostly underground.

Tim Loper, Tyler ISD's director of facilities, was a student at John Tyler when the school burned down, and he said he’s excited to see the current rebuild restore the library to its former glory. Students will be able to look down into the library from the halls above after crews gut the building and renovates it.

Beddingfield said the three-story academic wing will go up quickly, and that crews already have done most of the utility work for the project.

John Tyler also will feature four courtyards using some of the current campus layout and connecting it with the new portions.

Beddingfield said students probably will enjoy the courtyard in front of campus the most as it will sit between the new academic wing and a new fine arts center, with rows of trees running the length of it.

Students have seen much of the work up close, and asbestos abatements were completed on the existing structure while students were on breaks over the past year.

“This job is a little different because we have a lot of student traffic we have to account for,” Beddingfield said.

He also said that crews have to account for deliveries and normal traffic around the campus.