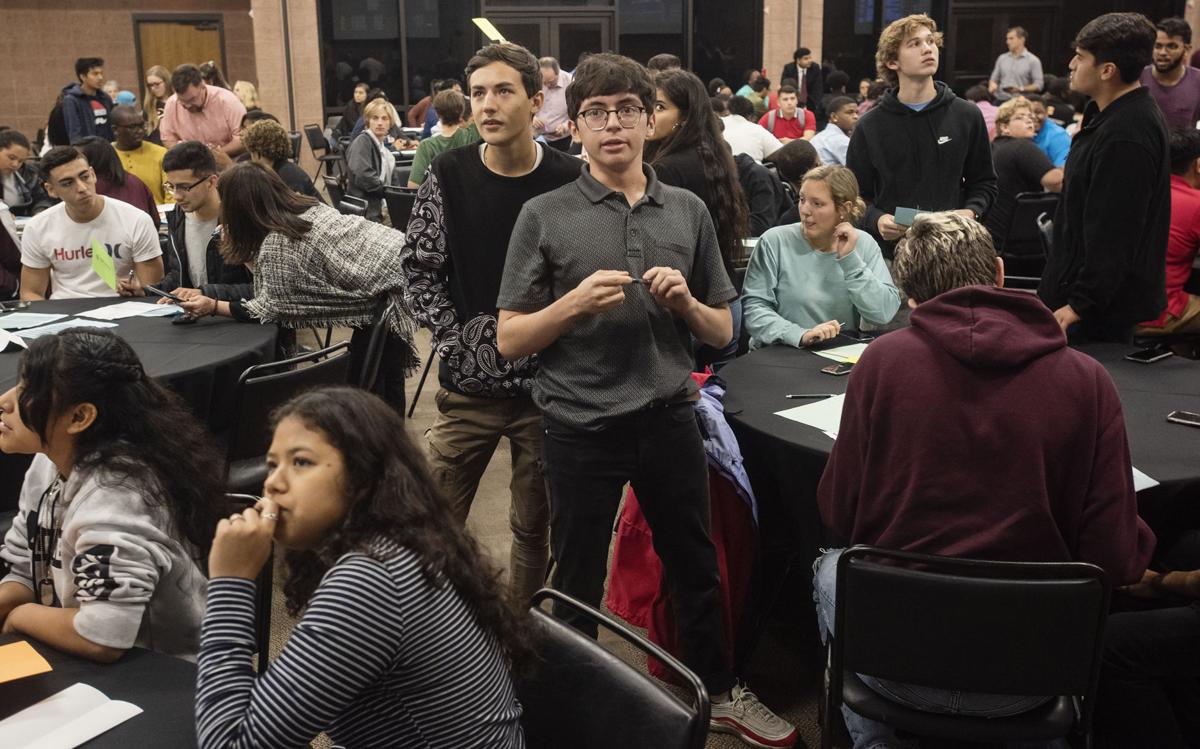 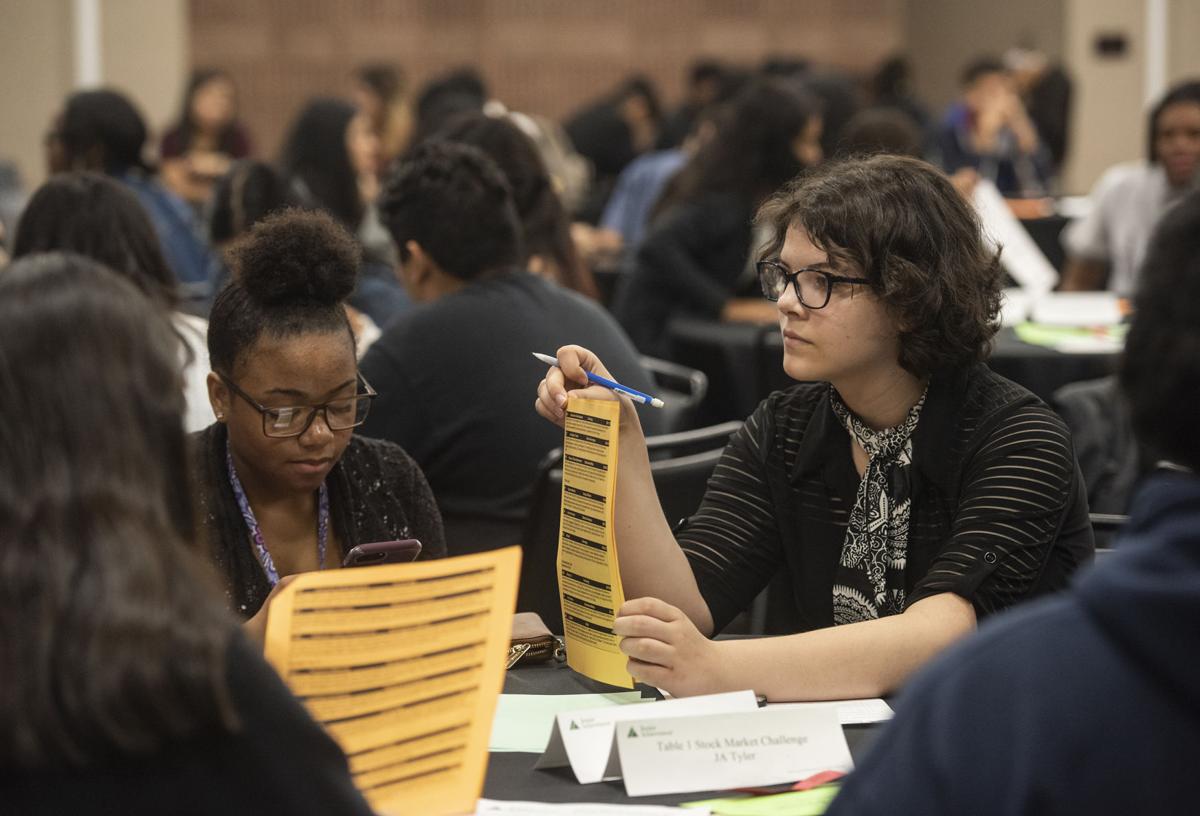 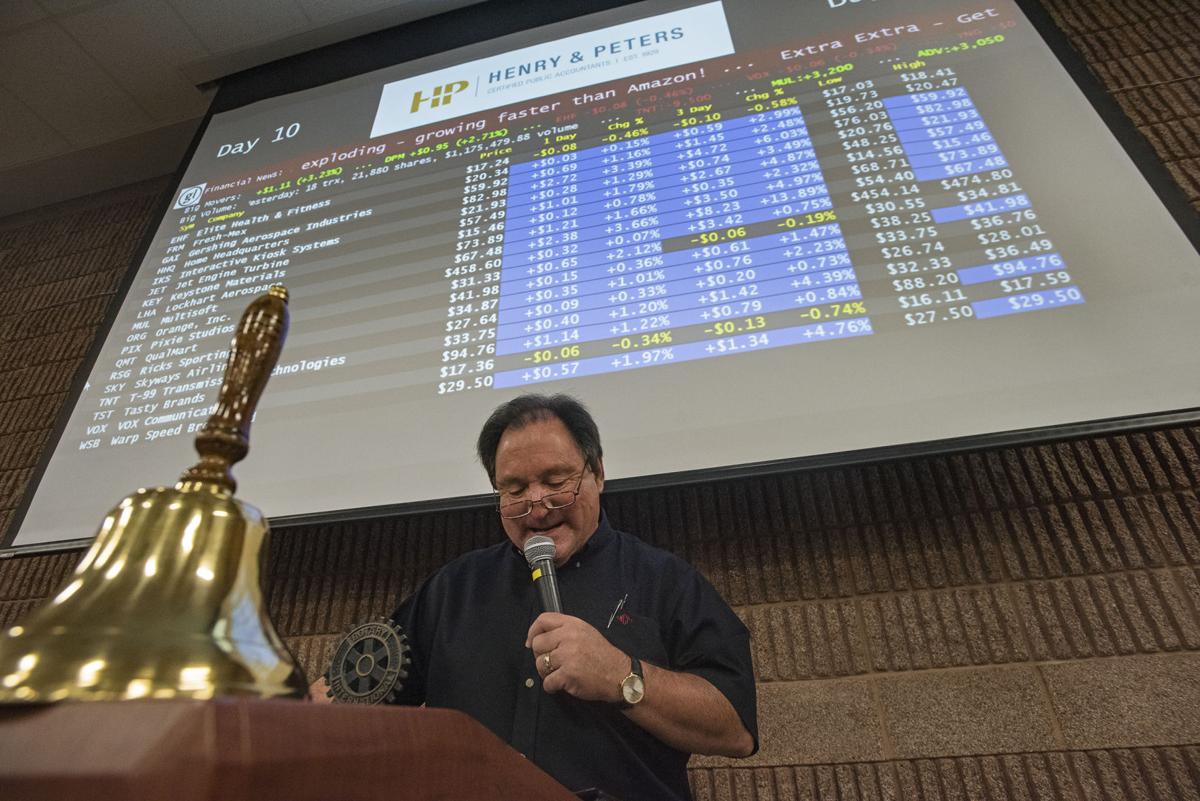 LOCAL sportscaster Bill Coates emcees the Junior Achievement Stock Market Challenge at Tyler Junior College. “By participating today you are making the most important investment anyone is all day: You’re investing in the future of our students.” 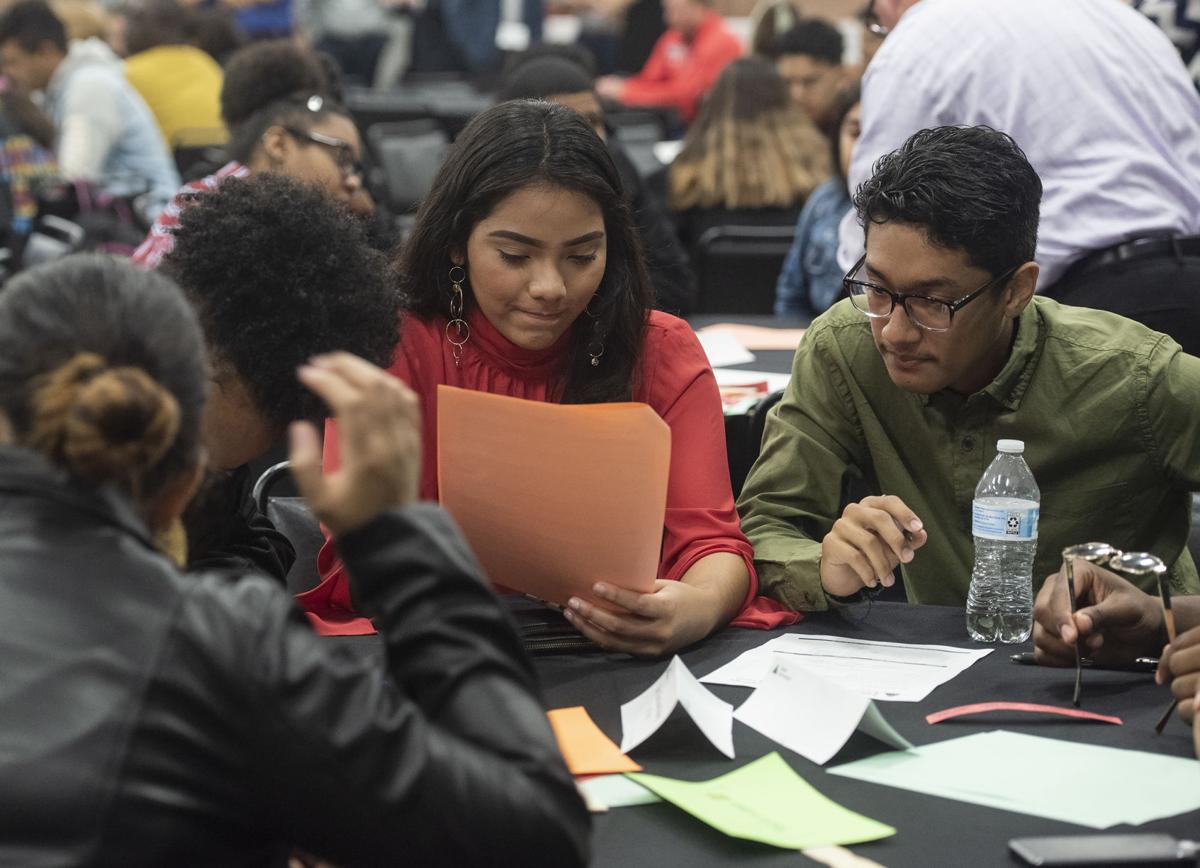 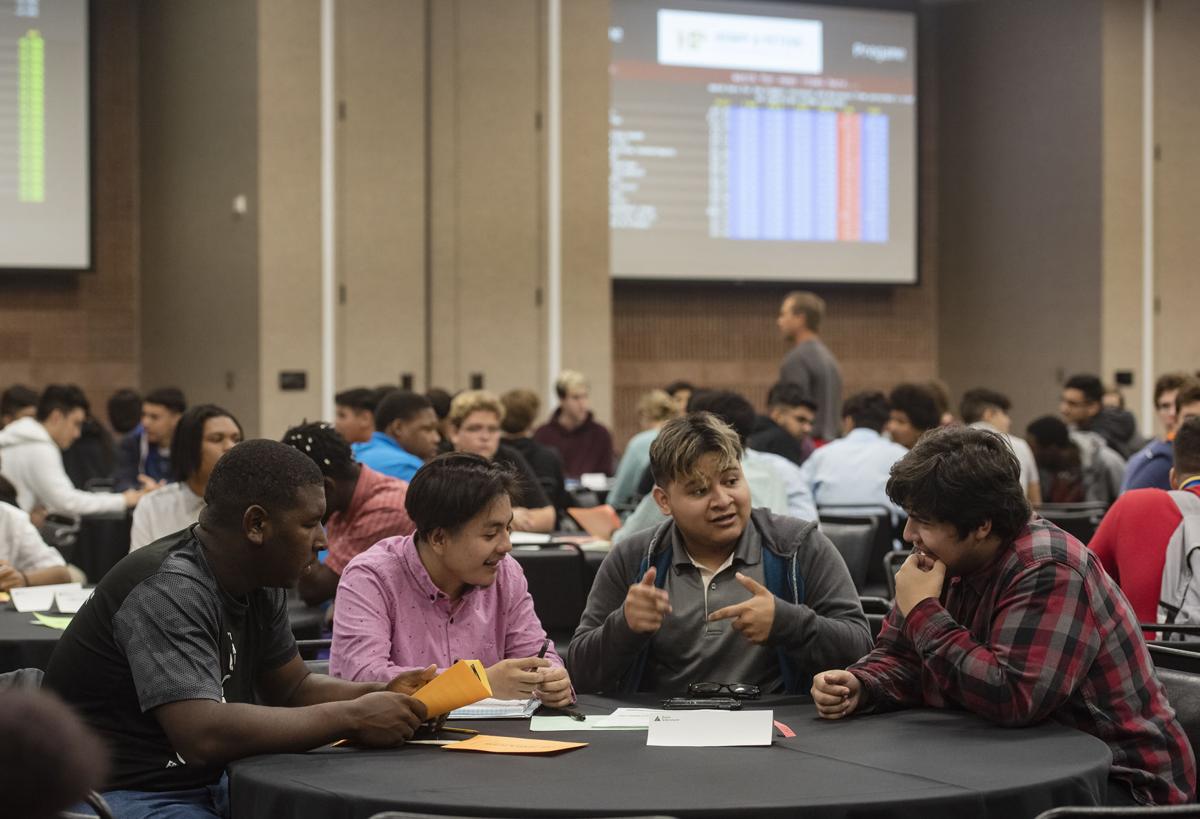 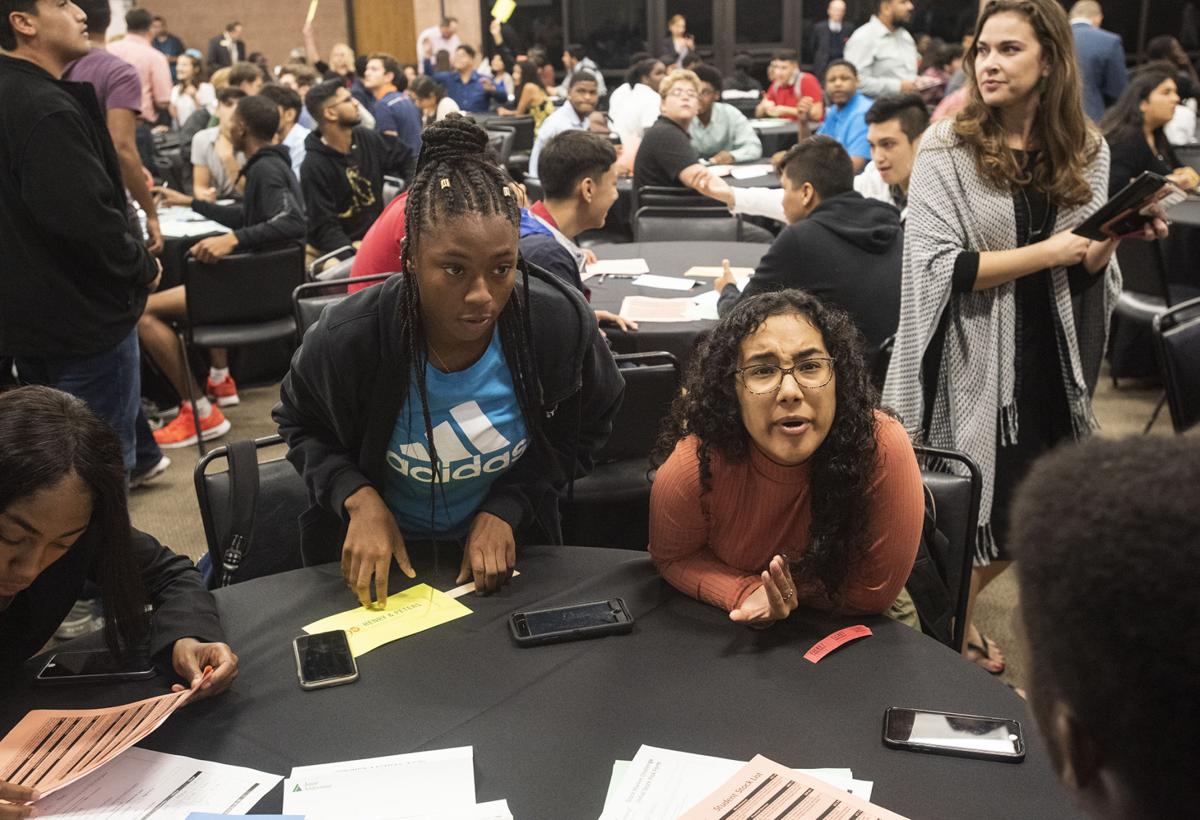 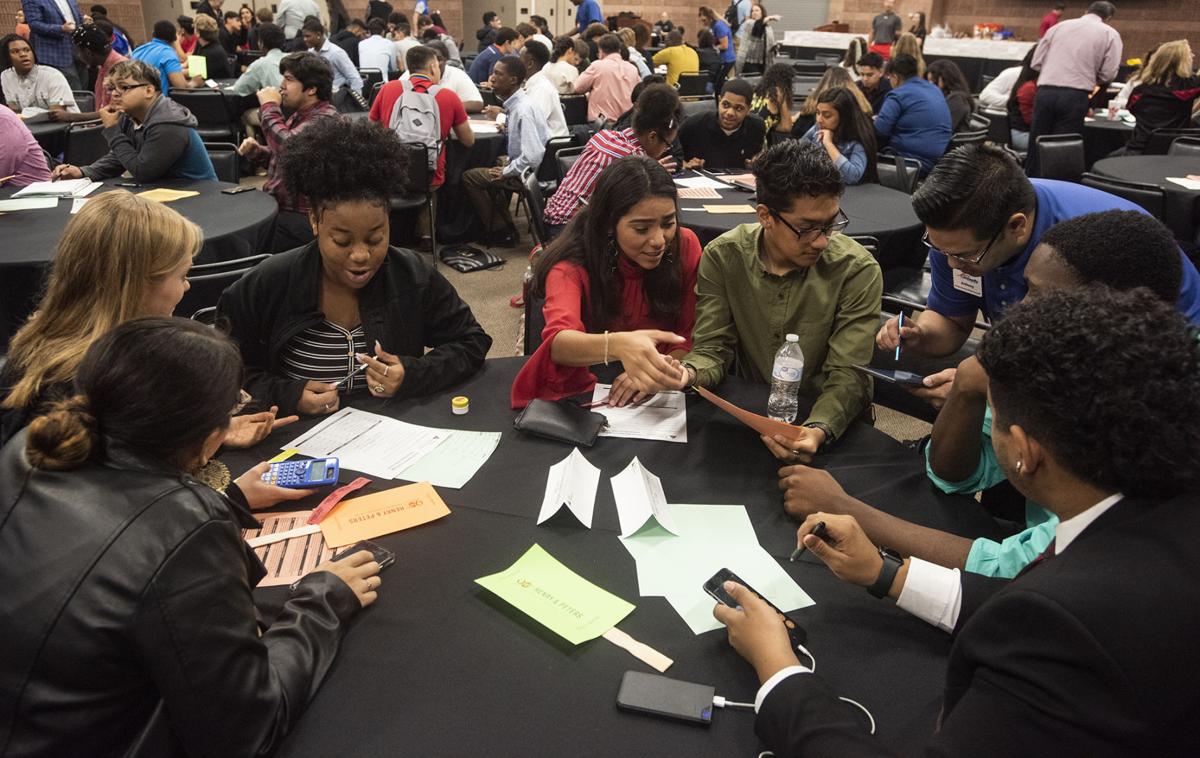 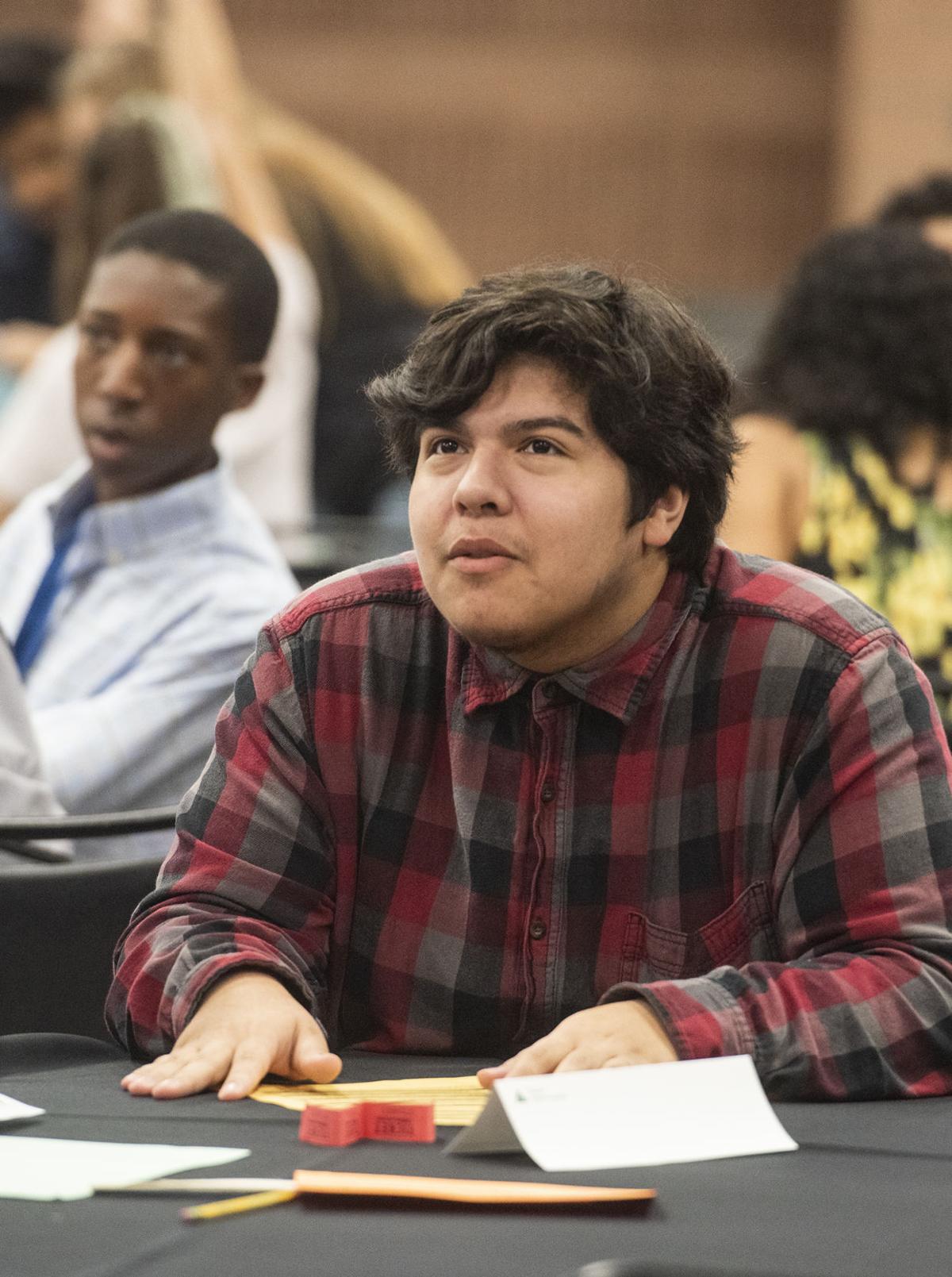 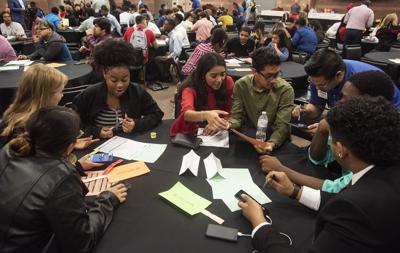 LOCAL sportscaster Bill Coates emcees the Junior Achievement Stock Market Challenge at Tyler Junior College. “By participating today you are making the most important investment anyone is all day: You’re investing in the future of our students.”

The frenetic trading floor of the New York Stock Exchange came to life for hundreds of students on Tuesday.

“This morning we’re going to turn Fifth Street into Wall Street,” emcee Bill Coates said as he kicked off the event.

Volunteers from the business community were on hand to help facilitate as teams watched the stock tickers, kept up with news alerts about the companies being traded and tracked trends.

The student event served as a precursor to an evening fundraiser with teams from the Tyler business community taking on the same challenge.

“By participating today you are making the most important investment anyone is all day: You’re investing in the future of our students,” Coates said.

Event co-chair Justin Lindley said the fundraiser would help Junior Achievement facilitate the in-school work it does with students from kindergarten through high school.

“The goal (of the student event) is twofold. It’s our job to teach financial literacy and competency, and it helps us engage older students,” Lindley said. “What we want for them to understand is what’s going on behind the scenes in the stock market.”

“It’s kind of stressful seeing how quickly these things change,” he said.

Pineda said his team started by monitoring which of the cheaper stocks began to climb, in order to maximize their investment. He said they also paid close attention to the news ticker because the company’s image was a major factor in how well the stock did.

“My advice would be go with your gut,” he said. “Don’t overthink it; you don’t have much time.”

“Rejoice greatly, Daughter Zion! Shout, Daughter Jerusalem! See, your king comes to you, righteous and victorious, lowly and riding on a donkey, on a colt, the foal of a donkey.” (Zechariah 9:9)