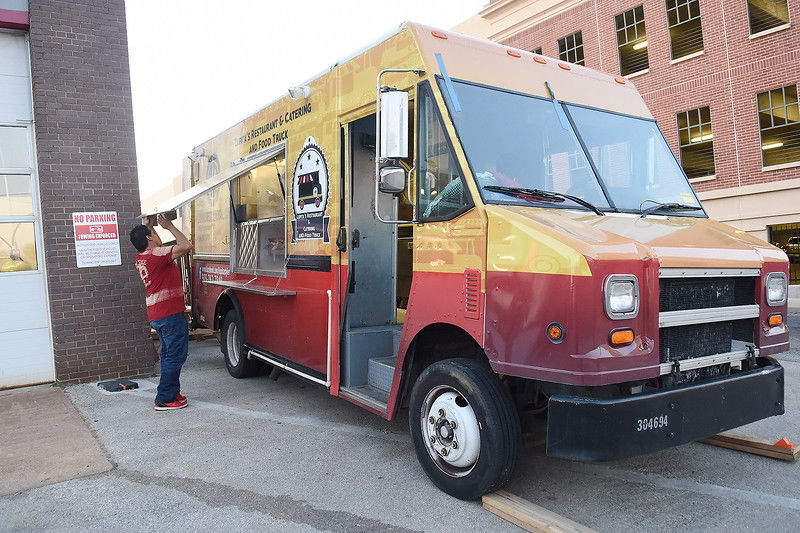 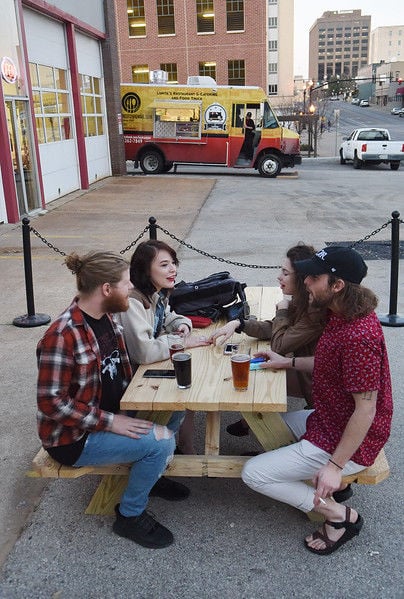 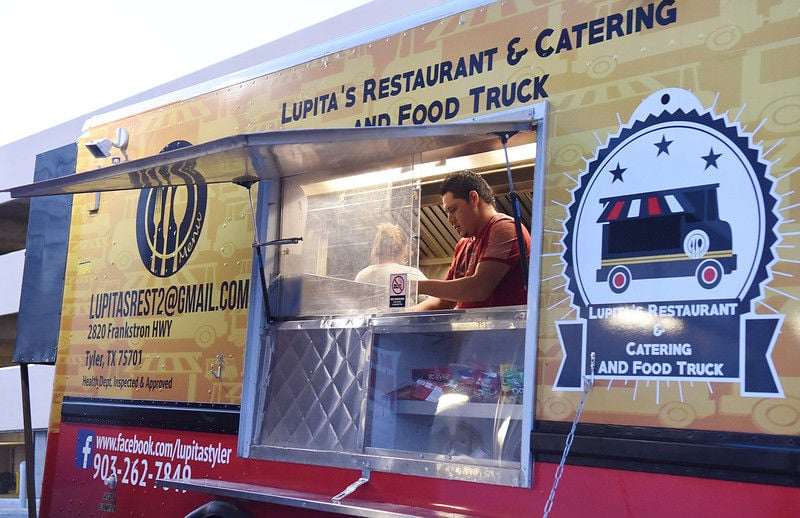 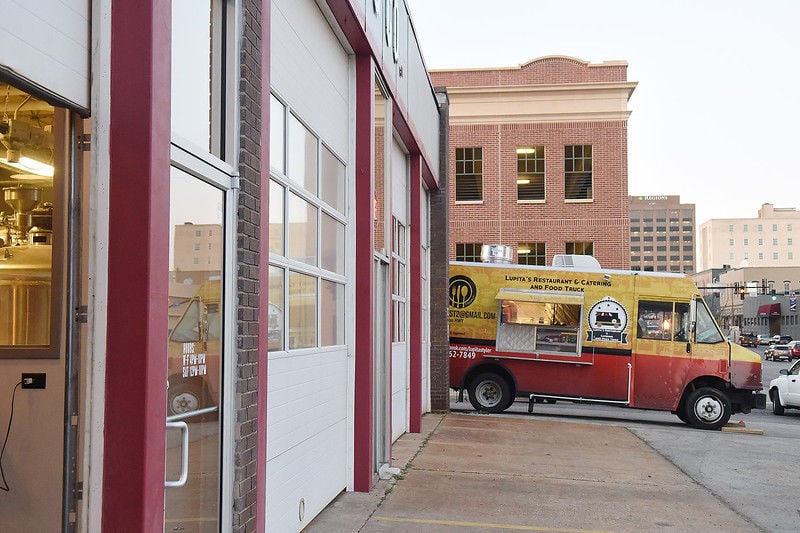 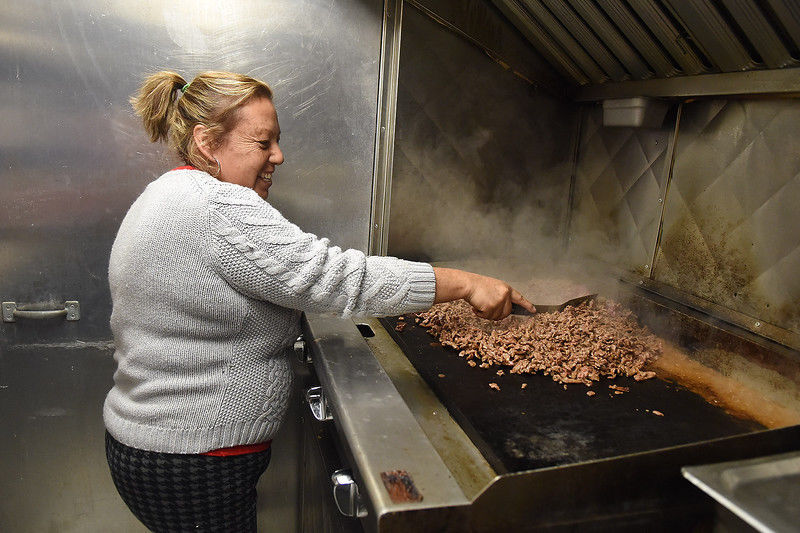 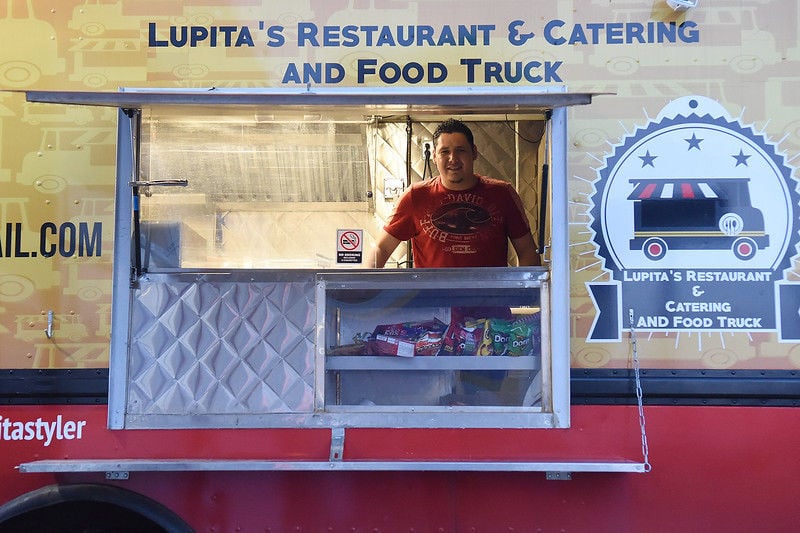 Lupita was the matriarch of Ms. Ceballos' family, making sure her small family of three was well fed and provided for.

Ms. Ceballos carries that same spirit, except she worries over hundreds of hungry construction workers, and wants to make sure they are well fed and cared for.

Ms. Ceballos is the proprietor of a restaurant, named for her grandmother, which has a storefront at 2820 Frankston Highway. She is also permitted through the health department to operate a food truck, which often goes to construction sites to provide a warm and satisfying meal that tastes like home.

She endearingly calls them her workers, and they call her Lupita, she said through a translator.

"She was a great woman," Ms. Ceballos said with a tear in her eye. "She worked a lot hard to try to provide and care for the family. She was even 105 and still walking around and looking to work."

Ms. Ceballos is originally from Monterey, Mexico, but has been in the states for about 20 years.

She said there's a culinary difference between northern and southern Mexico, and though Ms. Ceballos hails from the north, she has adjusted the dishes to meet the tastes of her clients.

She also takes requests - making tamales around Christmas and posole when it gets cold. Sometimes they call her at home with requests.

The business has slowly expanded to include catering events outside of her loyal base of construction workers. She said it has happened organically because of the demand for mobile food vendors in Tyler.

Four months since the Northeast Texas Public Health District loosened its mobile food vendor regulations, the number of food trucks in Tyler has doubled - from one to two.

When the new regulations went into effect in early October, there was only one permitted mobile food vendor, Curbside Taco.

Lupita's Restaurant earned a mobile food permit to sell traditional Mexican food, such as tortas, quesadillas and tacos from a truck.

A second vendor also was approved, but it's a special case. Crawdaddies Boil n' Go, out of Whitehouse, has a mobile permit but has no intention of taking its cuisine to the streets, said its manager C. Michael Allen. The vendor sells crawfish, shrimp and more from a permitted food truck that stays in a single location, off Texas Highway 110. Once the mudbug season is over, the owners plan to move the truck back to the company's headquarters in Lufkin.

Those, however, include models not commonly associated with food trucks.

Kona Ice, which sells snow cones, is a full-service mobile food truck, and there are two trucks that only sell pre-made food and do not have the ability to cook raw food.

The others are pushcarts - seven selling ice cream and one selling hot dogs.

There's also Eloy's Catering, which is anticipated to be full-service truck. Ms. Wood said the owner plans to focus his business model on serving hungry workers in construction zones.

Ms. Wood said the change in regulations has been a success, and the department hasn't seen any issues with food safety from the emerging market.

Since October, Ms. Wood has had 58 inquires about the application. She said that included a noodle truck and a sushi restaurant.

The department will permit trucks with commissaries outside Smith County, as long as the truck meets local standards. Ms. Wood said outside trucks could get a temporary permit to test the market and see if it's economically feasible for them to get a full permit.

Some new food concepts are scheduled to be featured at a soccer tournament at Lindsey Park from Feb. 17 to Feb. 19, she said.

"Pulling in multiple trucks to one event will help," Ms. Wood said. "It will give the feel we are going for."

The health department made sweeping changes to its district order, the department's guiding document, after criticism that its regulations were too strict for private businesses to reach, and that the focus was too heavily on building standards rather than food temperatures and health standards.

There were changes to the plumbing and electrical standards for trucks.

Commercially manufactured trucks are preferred but not required, and NET Health loosened a requirement that all work done on a mobile unit be signed off by a licensed plumber or electrician. Ms. Wood said it was difficult for the market to find electricians and plumbers willing to sign their name to verify work, so the regulation was changed to put the emphasis on the owner to ensure the integrity of the systems.

A requirement that an owner submit a spec list for all the equipment inside is still preferred, but not a strict requirement. The health department will evaluate each piece of equipment on an individual basis, with the goal of making sure the equipment is in good, working condition.

Exposed conduits and piping is allowed, so long as they are easily cleanable, and height requirement for equipment and tables was eliminated.

A requirement that there be only coved corners was nixed. Previously, no surface could meet at 90-degrees; rather those corners had to be rounded so there were no gaps. Now, those gaps are allowed, so long as they are sealed and easily cleanable.

A requirement for GPS monitoring systems on the trucks was eliminated and replaced with a requirement that the department have two phone numbers on file for owners. It is preferred they have a social media presence.

Ceilings in the truck have to be a light color, smooth and easily cleanable. The district order does not mandate what those ceilings need to be made of.

Carlo D'Angelo, a local attorney and food truck advocate, said he no longer believes the health department's regulations are a hindrance to private business.

There are significant challenges ahead for the market, but there are strides being made.

D'Angelo was actively working to create a food truck park, but has since put the project on the backburner due to a lack of permitted trucks in the city.

He has since started Tyler Food Truck Rally, which focuses on helping small businesses get a truck started, and assists in marketing the truck and scheduling attendance at large events. The Food Truck Rally is working to bring in two out-of-market vendors to the soccer tournament.

A hurdle for the market is finding a commissary space. By state law, all trucks have to have a commissary kitchen to go home to, where food can be stored and prepped, and the truck can be cleaned.

That space must be a commercial kitchen, so food truck hopefuls can either rent a space or make their own space.

In larger markets, there are large commercial kitchens where vendors can rent space. There are people working to create one in Tyler, but it hasn't yet come to fruition. Most of the established food trucks are tied to local brick and mortar restaurants.

But there's plenty of interest.

D'Angelo said the city's two breweries, True Vine and ETX Brewing Co., are both contributing to the market. Neither serve their own food, rather ask local food trucks to attend events and feed their customers.