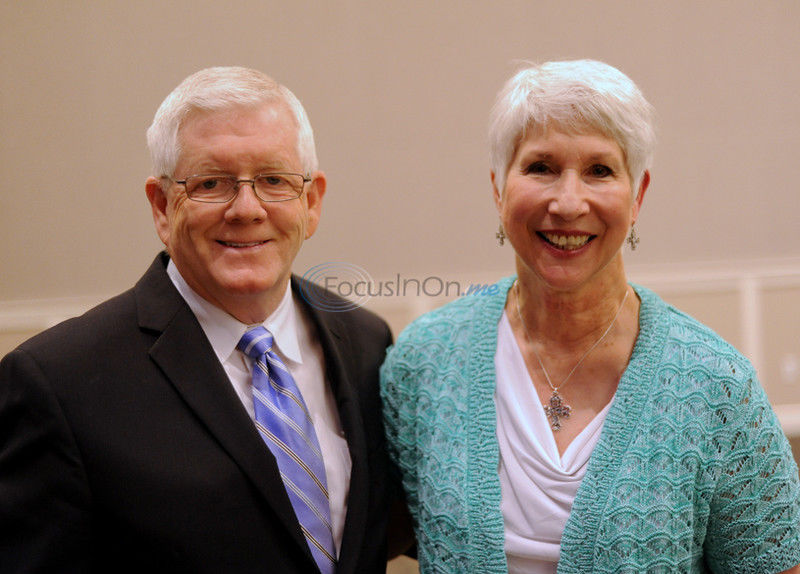 Tom Mullins, president and CEO of Tyler Econimic Development Council, poses with Phyllis Schneider, vice-president of finance, who is retiring after 25 years at the TEDC. (Victor Texcucano/Staff) 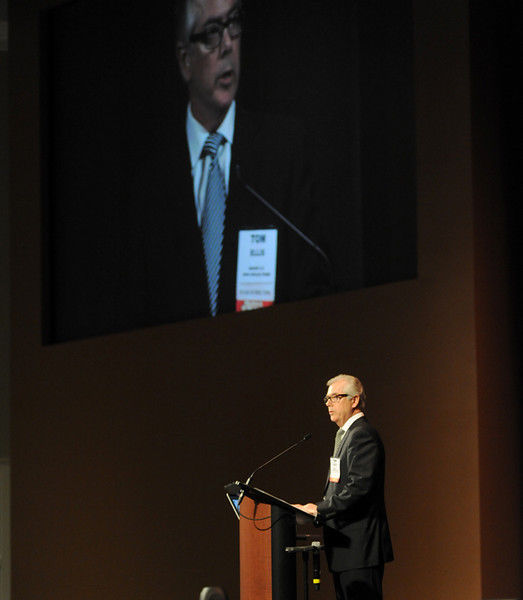 Tom Mullins, president and CEO of Tyler Econimic Development Council, poses with Phyllis Schneider, vice-president of finance, who is retiring after 25 years at the TEDC. (Victor Texcucano/Staff)

Community leaders on Thursday looked back at the 25 years since the Tyler Economic Development Council was formed to attract companies and create jobs here.

In 1989, the organization was formed and Tom Mullins was hired as its president and chief executive officer. Since then, the council has been involved with 157 projects, which have created about 8,700 primary jobs, retained 11,550 jobs and resulted in $747 million invested in Tyler and Smith County.

A look back at the first 25 years of the Tyler Economic Development Council was shown in a video presentation to the more than 200 people that attended the council's 25th annual Investors and Contributors Appreciation Luncheon.

Throughout the years, the council has supported the expansion of The University of Texas at Tyler to a four-year university; and has helped Tyler Junior College and companies move to Tyler and expand. They include Trane, Brookshire Grocery Co., Target Distribution Center, Suddenlink, John Soules Foods, Distant Lands, Sealtite Building Fasteners, Centene, Hood Packaging and Scotts Miracle Gro.

The Tyler Economic Development Council has been recognized by regional, state and national organizations.

As a surprise to Phyllis Schneider, who is retiring after 25 years as vice president of finance for the TEDC, Chairman Tom Ellis presented her with flowers and an engraved clock. He said after hearing that she had been commenting around the office about how much she would miss her old office chair, Ellis rolled out the chair, clad with a large red bow, onto the stage.

A video featuring Texas Gov. Rick Perry also played. Perry said thanks to the dedication of the TEDC, led by Mullins and Mrs. Schneider, the community came together to build a better Tyler. The city has since become a hub of medical care, higher education and telecommunications, he added.

As the first 25 years of the organization comes to a close, it will transition to the next 25 years with the retirement of Mrs. Schneider, Perry said.

Ellis thanked her for her 25 years of "outstanding service."

Mrs. Schneider manages a revolving loan fund, the tax abatement and tax increment financing programs, state-designated enterprise projects, and other financial incentives offered by TEDC to businesses locating and expanding in Smith County, according to www.tedc.org. She has received certification as an economic development finance professional from the National Development Council.

"It's been a pleasure," Mrs. Schneider said.

Ellis also thanked Mullins for his 25 years of service to the community.

"It would be totally remiss of me not to recognize Tom Mullins and Phyllis Schneider, who have been with TEDC for the full 25 years of its existence," Ellis said. "It is their loyalty and dedication that's been the driving force behind the success of the Tyler Economic Development Council."

Ellis said TEDC activities are funded by a local investment group, consisting of 122 private and public investors. The luncheon is held every year to thank them.

He talked about the state's economy, compared to the nation's, and said Texas entered the recession after the country and came out of it at about the same time.

"We're growing at a decent pace — a moderate to strong pace today," he said.

Texas' employment for the last five to seven years has grown faster, by about 1 percent, than the United States, Saving said, adding that Texas has a more dynamic job market.

Data collected for a Business-Cycle Index and Manufacturing Outlook Survey Production Index also showed growth at a moderate pace throughout the state since coming out of the recession.

He said he is expecting moderate to strong growth for the region and the state for the next four quarters.

"This leaves me quite hopeful about where we're headed in the near term," he said.

However, challenges need to be addressed if Texas is going to continue to be a leader in national growth, he said. Some of the issues faced include whether there will be an educated workforce to supply jobs and will whether there be the health care and infrastructure in place that will be needed, he said.