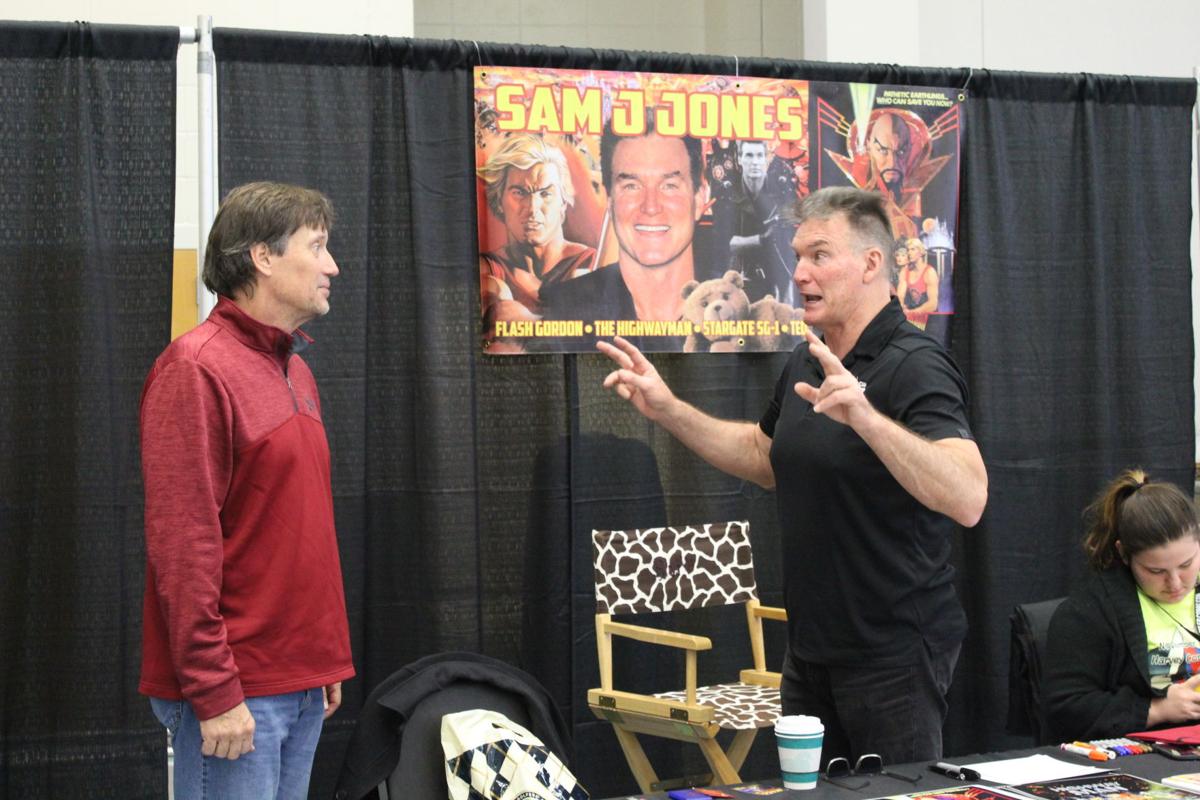 Sam Jones (right), who played Flash Gordon in the 1980 movie and played himself in the “Ted” movies, talks to Kevin Sorbo, who played Hercules and has been in 61 movies. They met the crowd at the Tyler Comic Con this weekend. 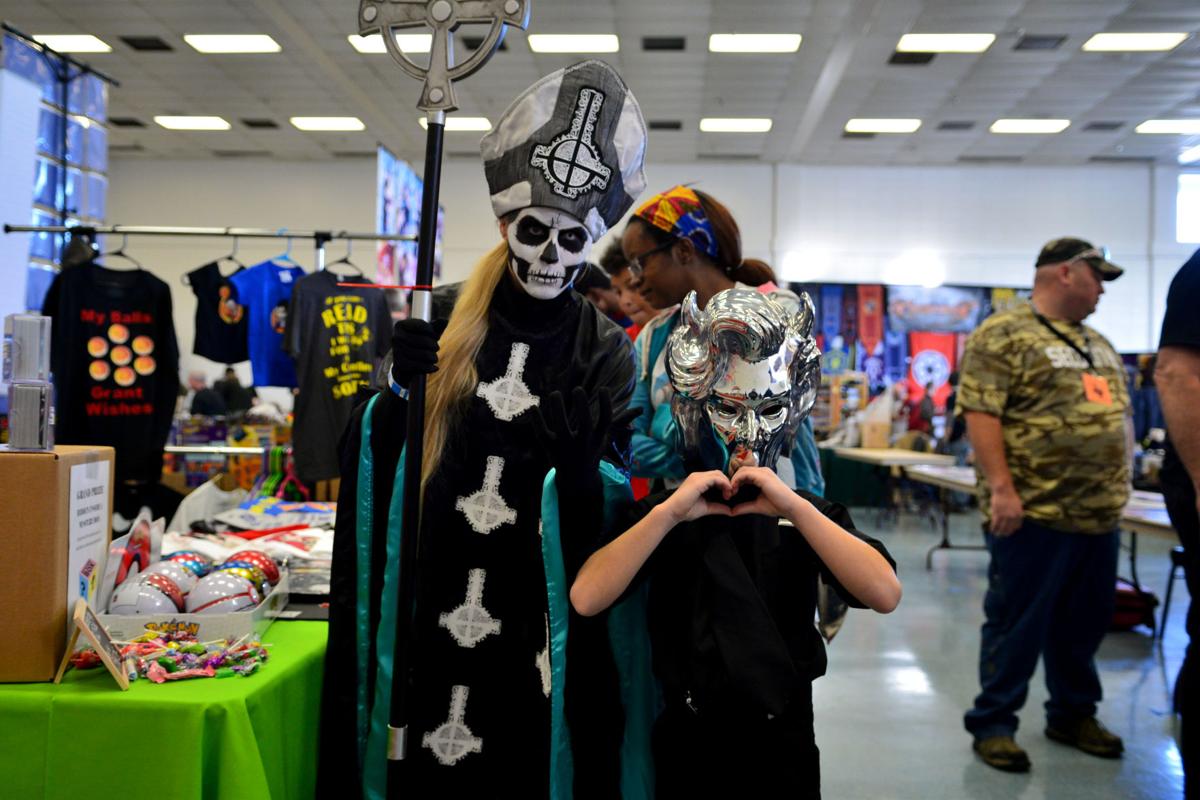 Lisa and Autumn Eri dress up for Comic Con at Harvey Convention Center in Tyler. 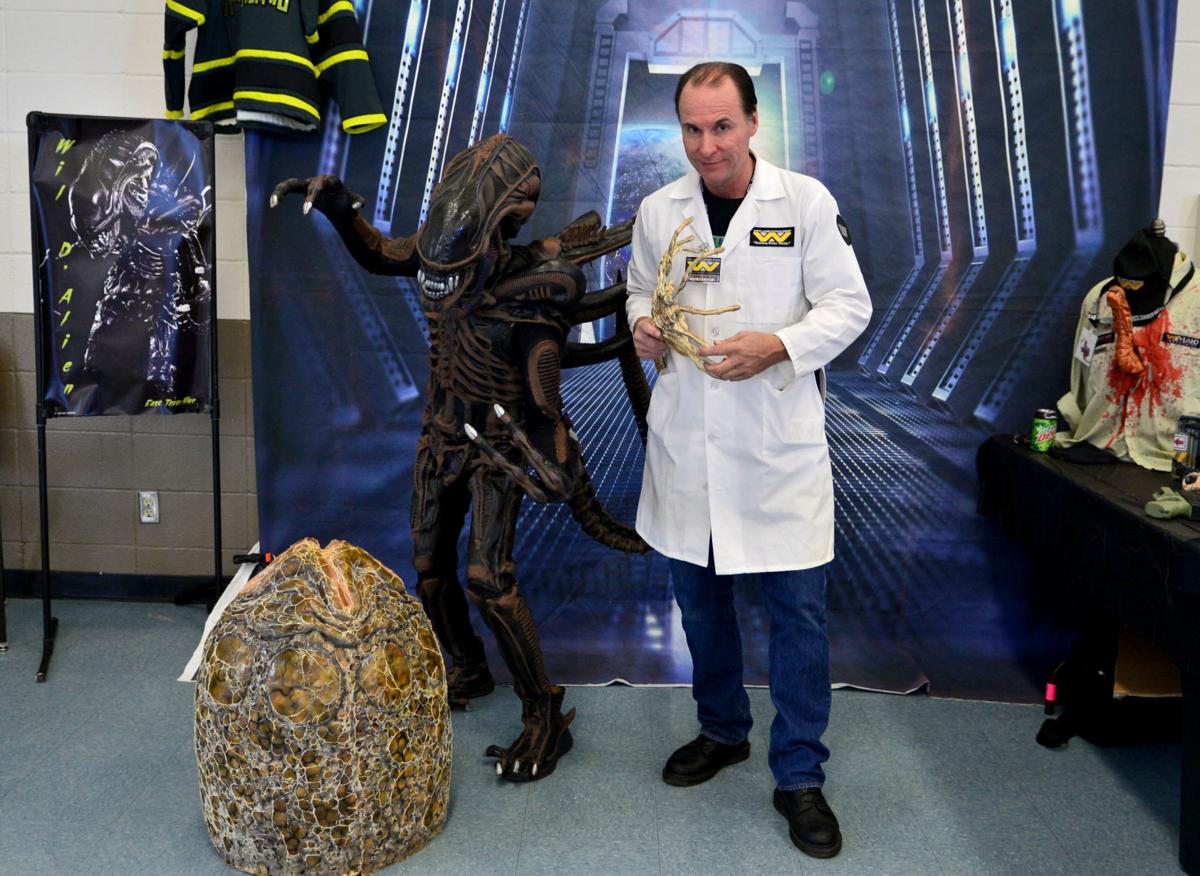 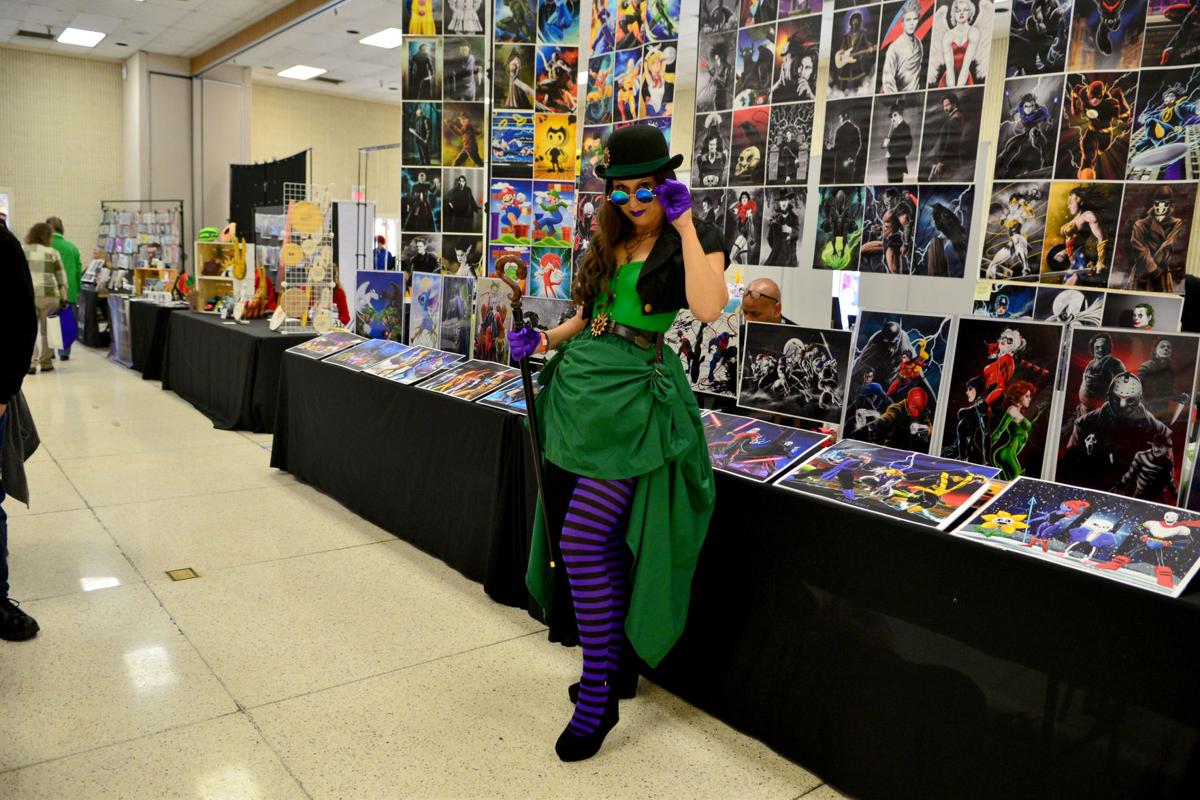 Sam Jones (right), who played Flash Gordon in the 1980 movie and played himself in the “Ted” movies, talks to Kevin Sorbo, who played Hercules and has been in 61 movies. They met the crowd at the Tyler Comic Con this weekend.

Lisa and Autumn Eri dress up for Comic Con at Harvey Convention Center in Tyler.

There are not too many events like the Tyler Comic Con, where the people who buy tickets are just as much a part of the event as the vendors and celebrities.

That was the case this past weekend at Harvey Convention Center. However, as vendors were talking to customers and showing off and selling their unique items, actor Sam Jones took the time to walk about and shake hands and meet new people.

Some were stunned to see the actor from the 1980 movie “Flash Gordon” standing in front of them. In 2012, he was back on the silver screen playing himself with actors Mark Wahlberg and Seth MacFarlane, as MacFarlane wrote him in as the hero in the movie “Ted” and again in 2015 with “Ted 2.”

As fans talked about how Jones inspired them, he shared a story about MacFarlane, who created the animated series “Family Guy” and “American Dad!”

“Seth called me one day and said when he was 8 years old, he saw my movie and it changed his life,” said Jones, while signing autographs and posing for photos. “He said it helped him grow up to be a decision maker, and he was going to call me for a part in his movie, ‘Ted.’”

Jones, who has a documentary out on “Flash Gordon” and has been in a movie almost every year, said he enjoyed the Tyler Comic Con.

“It’s wonderful, it’s been an opportunity to meet fans, to hear their stories and how we impacted their life ... and I love it,” said Jones. “At my age, because of ‘Ted,’ that younger age demographic shows, I get a grandfather, father and son and then a grandmother, mother and daughter.”

This was the first Tyler Comic Con run by organizer Brett Mitchell. There were six other comic book conventions in Tyler, and now he hopes this becomes a tradition.

“It’s been a long and winding road to get all the artisans and vendors and attendees in here, but I love doing the shows,” said Mitchell. “I have been a shy and quiet person all my life, but this is something I enjoy, I like to give back to the community if I can.”

Once he had the center rented, he had a vision.

“I had the Harvey Convention Center so I had to fill it,” he said with a laugh. “I plan on coming back and making it bigger and better. There has been a lot of positive feedback, vendors are selling stuff, the celebrities are meeting fans, taking selfies, signing autographs.”

Then there is the crowd.

“The people who buy the tickets are the biggest part of it. Some dressed up, wear their favorite costume or cosplay, they run around, do what they want, have a good time,” Mitchell said. “We have kids 12 and under free to get in and this is a kid-friendly show. We want this something that a family can afford to come in and do and it’s no more expensive than going to a prime 3-D movie.”

At one point, Kevin Sorbo, the actor who played Hercules, was talking to Jones in front of his Flash Gordon display. Both men talked about Tyler and the need for more understanding in America.

“I remember the flood in Texas, people were saving people. I don’t remember people saying, ‘Before I get in the boat, who did you vote for?’ It’s madness,” said Jones. “I don’t care who you voted for or did not vote for. We have to smile and laugh and stop being so mean and nasty.

“It’s all about attitude and I’m convinced it’s about attitude. God gave us free-will, independence. Stop following group thinking, God gave us a brain to think on our own,” said Jones. “It’s nice to be influenced by people, but when those people speak, they better build people up and encourage.”

Sorbo, who has been in 61 movies and three documentaries, agreed.

“Why can’t I disagree with someone and have a civil conversation? We are all different,” said Sorbo. “I like to do movies with a good message instead of negativity. Politics are about a culture. And who puts out that culture? Hollywood. Look at the anger, violence and hate put out in TV and movies.

“I want good to defeat evil. I want movies where a positive, moralistic message wins the day instead of all the negativity and hate that is going on,” Sorbo added.

Sorbo spent time in the Dallas- Fort Worth area shooting movies and he spoke at a pro-life event at a Tyler church a few years ago. He was looking forward to coming back.

“I love it here. I do some fishing here and play some golf, plus there are some great restaurants here,” Sorbo said. “People say this is a small town, but I’m from a town in Minnesota of 7,000, there are about 100,000 here, so it’s bigger than the town I grew up in! I love coming out to Tyler.”

Jones, who played football while in the Marines and tried out for the Seattle Seahawks, has been known as a tough character. He said he has broken up about 50 fights in his life and a lot of times, the person is coming after him. He likes to be right with his words.

“The person will tell me they will beat me up. So I say ‘after you beat me up, you are going to need surgery on your hands.’ When they ask me to explain, I tell them my face is so hard, you are going to need pins and screws,” said Sorbo. “Then I continue to tell them if they don’t need their hands for work, they can beat me up. At that point, they tell me they work and they start telling me about themselves and the situation is resolved!”