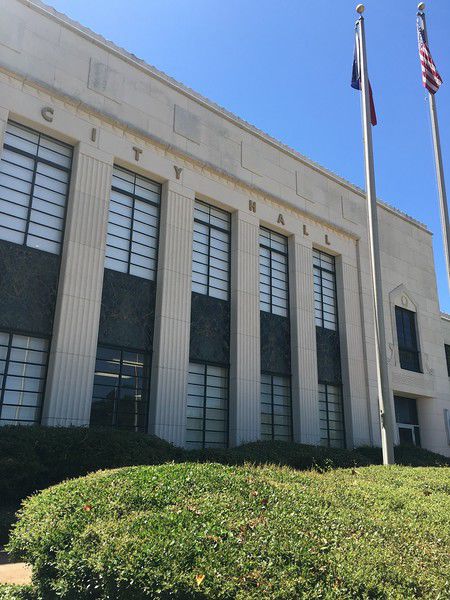 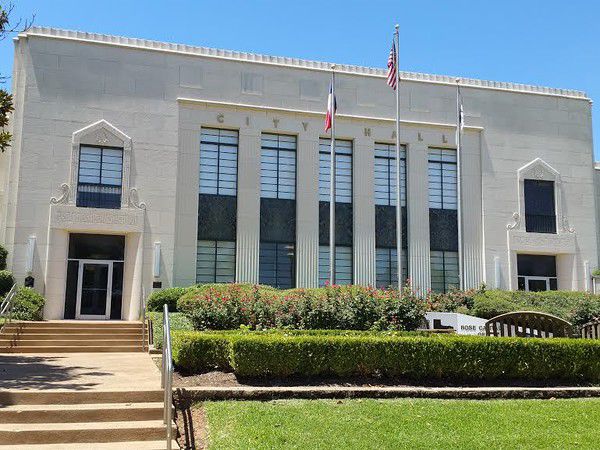 Martha Bain considers herself to be an active, engaged person in the community.

The busy mom cares for three small children along with other family obligations and social activities.

Juggling parenting, work and household responsibilities can sometimes be difficult for Mrs. Bain, who has a migraine and seizure disorder that sometime restricts her driving for several months at a time.

Mrs. Bain will have another option for transportation. On Wednesday, Uber announced it would come to the Tyler market following the passage of a relaxed transportation ordinance by the City Council.

"With small children, that means I have to find rides to and from activities and school, and limits me from various meetings I have to attend," she said to a full City Council Chambers Wednesday morning. "There are few things more humbling than having your drivers license restricted as an adult. It means you have to rely on the kindness of others."

Uber representative Trevor Theunissen said the company will be "up and running in a few weeks," following the 5-2 vote approving the updated transportation ordinance, which clears the way for "ride-hailing" apps like Uber and Lyft.

Councilmembers Ed Moore and Darryl Bowdre voted against the measure.

Uber will have to apply, and be approved, for the necessary city permits and hire a sufficient number of drivers before turning the app on in the city limits. Tyler is the 14th Texas city to allow Uber to operate. The service will soon be available throughout the city, including to and from the Tyler Pounds Regional Airport.

Seven speakers addressed the Tyler City Council before the formal vote. All but one was in favor of allowing the app to operate in town.

Trevor Theunissen said Uber has $1 million insurance for all rides booked through the app, but does not cover rides given outside the app platform.

He also sees it as a way for entrepreneurs to keep cash flow while they achieve their dreams.

"This is about consumer choice," Warren said. "If someone is concerned over the safety of it, don't use it. To me it's giving you a choice. That's the key word - choice."

Jamal Moharer, president of the local taxi service MDMJ, said he was both for and against the ordinance.

"We want to even the playing field," he said. "We want a market-driven transportation sector. We want free enterprise."

Moharer's concerns centered on accessibility. Uber does not take cash, and rides are not covered by insurance unless they are booked through its software.

Moharer said for decades he has provided free rides on traditional celebratory drinking holidays as well as during big community events. He estimates he spent $120,000 in resources over two years to help people get to and from doctor appointments who live in a transportation coverage gap while government entities work out how to serve them.

"I have made a point of offering transportation services to those in need regardless of their ability to pay," he said, adding Uber's platform could increase fares on high-demand weekends. "The proposed new company views these events as an opportunity to charge more and offer it as ‘surge pricing.' Surge pricing is polite langrage for consumer gouging."

"A great deal of my constituents don't have credit cards or a cell phone," he said. "Our community has seen the demise of a taxi company in our community before, and the impact it had on people disenfranchised those that were not tech savvy. My concern is public safety."

References to taxis and limousine were removed, and all transportation providers are now labeled as "transportation for hire" services. Traditional taxi services and app-based services, called transportation network services, have the same operational requirements.

The new ordinance also nixes a mandatory rate structure. The former ordinance set the initial fare baseline at $2.50 plus $1.75 per mile. There were other charges allowed for additional passengers, a feed for waiting on the passenger and surcharges for high gas prices.

The new ordinance simply requires that the fare be approved between the company and passenger before the ride. That opens the door for Uber's platform, which bases rates on demand and available drivers. Rates and fares must be published online or on another digital platform.

The ordinance lifts requirements that the vehicles be clearly marked with the words "taxi," but customers are entitled to see a physical or digital driver ID card and license plate number in the vehicle or through a digital network.

Unknown to the city and MDMJ, taxi drivers in Tyler have not been undergoing background checks. The city estimates this could have been overlooked for a decade.

That will change under the updated ordinance. All drivers must pass a background check performed by a third-party vendor, which the transportation company or driver is responsible to pay. The check must include local, state and national criminal databases.

The former ordinance did not go so far as to require a background check, but did have guidelines that might necessitate them. The applicants had to pass a drug test, performed by a third party, and had to be free of felonies or misdemeanors that "directly affect the applicant's ability to perform duties as a driver." Their driving record also had to be satisfactory, and it had to be three years since a DWI charge.

The ordinance also included a $25 fee to get a permit from the city.

The Tyler Police Department has not performed background checks for at least 10 years, according to Police Chief Jimmy Toler.

He said the department is authorized to perform background checks for criminal investigations and for hiring its own personnel, but is not permitted to do them for the general public or as part of the hiring process for general city employees.

Luckily, officials with the police department cannot recall a single issue with a taxi driver reported in the city.

"I think we should have been looking out for our citizens better than this - it's shameful," Bowdre said. "If I was a driver and said I didn't have a felony, we wouldn't know about it. … All this time."

The issue is corrected in the current ordinance.

Drivers must be at least 18-years-old, and cannot have more than three moving violations in the previous three years, or one major violation within that three-year period. Those include attempting to evade police, reckless driving or driving with a suspended license.

It must be seven years since conviction or deferred adjudication for any felony, misdemeanor drinking while driving charges, a hit and run charge or misdemeanor violent sexual offense.

An applicant is automatically barred if they appear on the national sexual offender list or has been convicted of a homicide or crime involving serious bodily injury.

They must also have a current drivers license and appropriate vehicle insurance.

Operators also are required to have a policy prohibiting the use of intoxicating substances by its drivers while they are on duty. Information on how passengers may report policy violations must be available electronically or upon request.

Transportation for hire services must be in compliance with the Americans with Disabilities Act.

They are not allowed to deny a ride based on trip destination or origin, race, color, national origin, religious belief or affiliation, sex, disability, age, sexual orientation, or gender identity.

Drivers are required to operate in the entire city and are not allowed to turn down a ride based on travel distance, as long as it's within the city limits.

They must also accommodate service animals and cannot charge any additional fee to transport a disabled person.

Under the ordinance, the transportation company must provide passengers with an opportunity to indicate, up front, if they require a wheelchair accessible vehicle. If it does not have a vehicle available to accommodate a wheelchair, the company must coordinate with another provider for service.

Theunissen, with Uber, said this is an area where Uber, traditionally, has had difficulty. The service does not own any vehicles, relying instead on drivers to use their private vehicles. He said the Uber platform works for most people.

The company does have a platform, UberASSIST,  as well as a platform for hearing impaired people, but Theunissen could not say when the service would be fully functioning in Tyler. He said the company seeks to work with other entitles that have wheelchair accessible vehicles, including the city's paratransit service, adding Uber would need to further evaluate the needs of the community and identify partners to serve all people with special needs.

Moharer, with MDMJ, said the majority of his vehicles could accommodate a wheelchair.

Vehicles must have a current, state-issued registration and have been inspected by a state-authorized inspector. They must also have insurance.