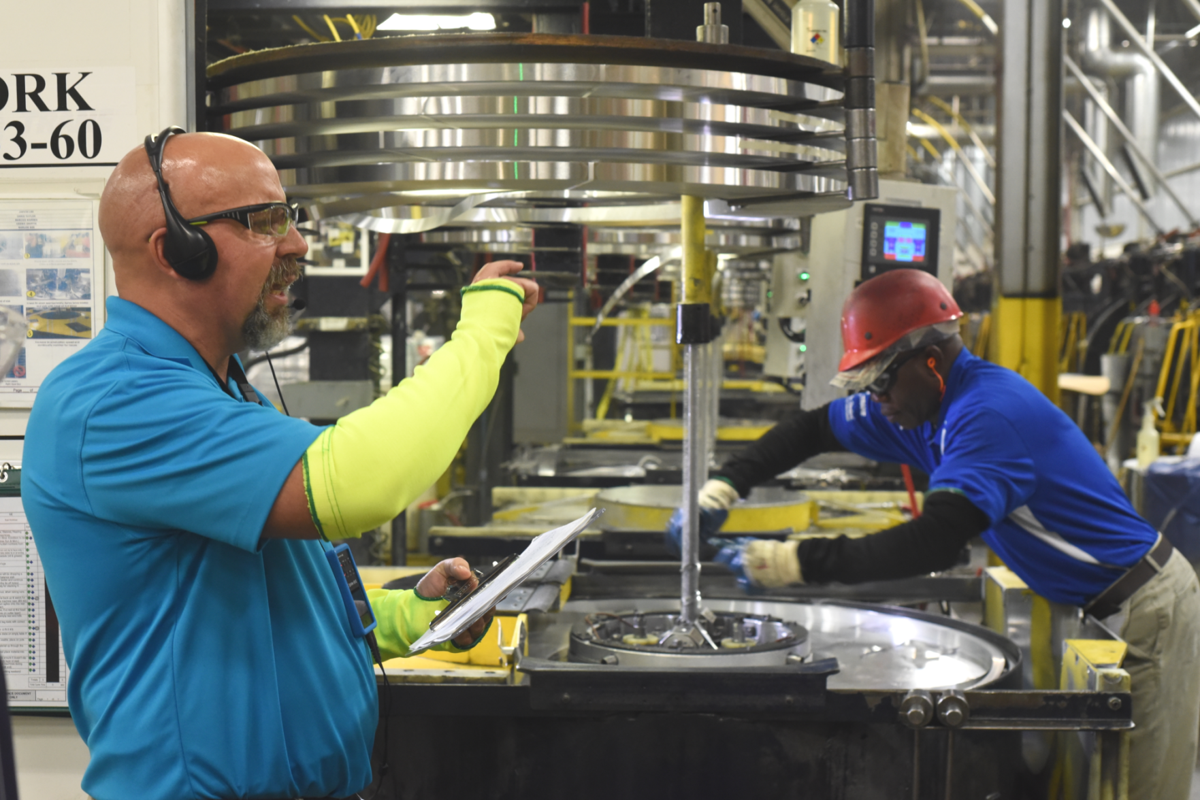 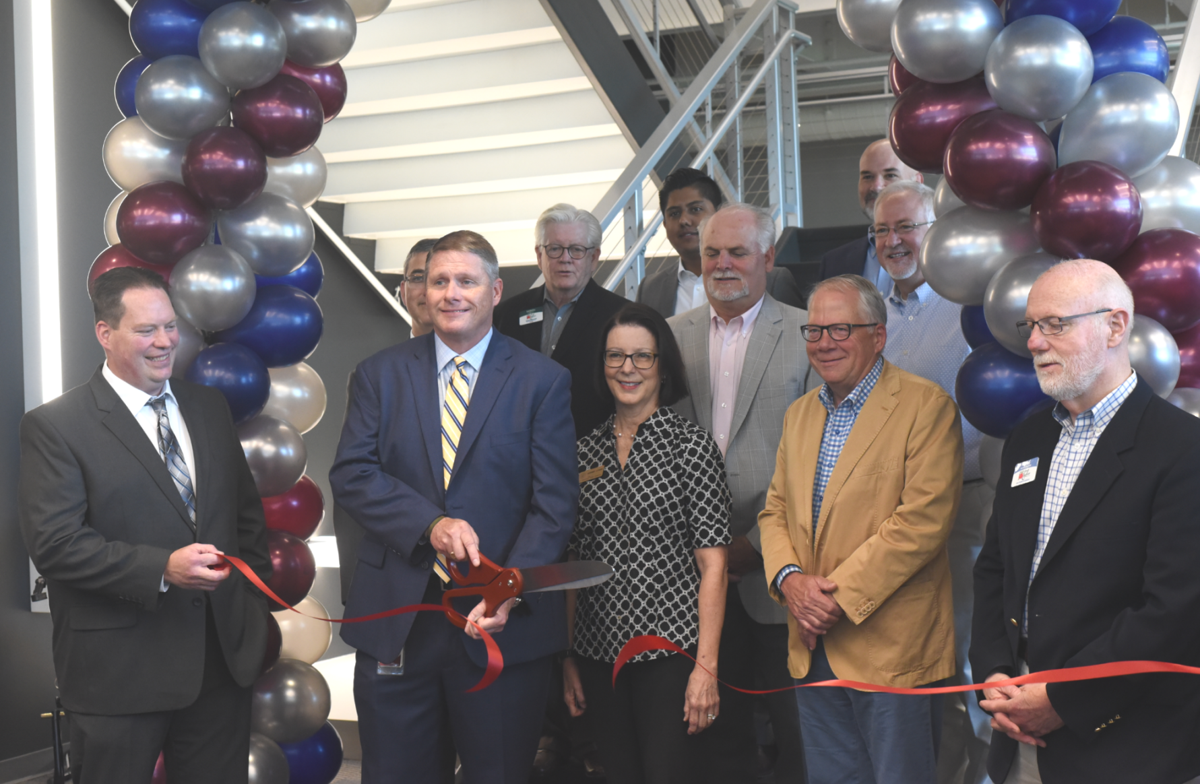 Ted Crabtree, Trane vice president of operations, performs the ceremonial ribbon-cutting on Thursday for the multimillion-dollar renovation of the Tyler Trane facility to modernize its offices and showroom, and to create a space for its new dealer diagnostics center. Crabtree is surrounded by Trane and city of Tyler officials. (Victor Texcucano/Freelance) Ted Crabtree, vice president of operations, speaks on Thursday ahead of a ribbon-cutting celebrating the renovation of a 40-year-old building on the Trane campus. (Victor Texcucano/Freelance) Ted Crabtree, Trane vice president of operations, performs the ceremonial ribbon-cutting on Thursday for the multimillion-dollar renovation of the Tyler Trane facility to modernize its offices and showroom, and to create a space for its new dealer diagnostics center. Crabtree is surrounded by Trane and city of Tyler officials. (Victor Texcucano/Freelance)

Ted Crabtree, vice president of operations, speaks on Thursday ahead of a ribbon-cutting celebrating the renovation of a 40-year-old building on the Trane campus. (Victor Texcucano/Freelance)

A manufacturing company in the southeastern part of Tyler cut the ribbon on a renovated facility Thursday and pledged continued involvement in the community.

Trane, a subsidiary of Ingersoll Rand, held an open house at its new facility on Texas Highway 110. The company manufactures units for heating, ventilation and air conditioning.

The project included renovation of the company’s two-story office building and a 40,000-square-foot expansion for its sheet metal department.

“As a major employer in the area, we are excited to make these investments in our facility,” said Ted Crabtree, Trane vice president of operations. “They help make this a great place to work and create a showplace for customers and partners.”

The company received a five-year tax abatement from the city of Tyler and Smith County to invest $6.5 million in the new office facility and hire 50 employees, according to Felecia Herndon, vice president for the Tyler Economic Development Council.

“The new facility will establish a flagship identity for Trane and create an innovative presence that will exhibit the latest innovative technologies,” Herndon said. “The building design emphasizes common space and customer areas to accommodate customers, dealers and installers.”

The event attracted dozens of employees and community leaders, including Smith County Judge Nathaniel Moran and Tyler Mayor Martin Heines. After the festivities, the company offered a tour of the manufacturing floor.

Heines said, “You all are such great members of our community. We are so proud that you’ve chosen to stay in Tyler, Texas, this many years.”

At the ceremony, the company announced donations of $5,000 each to the Discovery Science Place, the Whitehouse Independent School District Education Foundation and the Chapel Hill Career Center for Technical Education.

The money will be used to sponsor 40 campers in grades K-6 at the Discovery Science Place and waive fees for low-income children; support science, technology, engineering and mathematics education in schools with high proportions of low-income students; and complete a brazing room for 120 students at the career center.

Serge Zotob of Fitzpatrick Architects was the project architect for the building. He said in an interview that the previous building had a massive, opaque front that masked what was going on inside when people drove by.

“There was no ability to tell what was really happening inside, when really this is a flagship engineering and training facility,” Zotob said. “Now when you drive by, you can see all the cool stuff that’s happening inside.”

Zotob said the project was a renovation instead of a complete build from the ground up. That saved money, because the project cost was in the ballpark of $5 million, instead of closer to $15 million, he said.

The project has removed the second floor in several parts of the interior so that the first floor is more spacious and goes all the way up to the ceiling. The remaining part of the second floor largely contains office space for engineers.

The ground-floor break room has restaurant-style booths for seating. The exterior is cut at an artistic angle to resemble the pieces within the air conditioning units that the company manufactures.

“There are 300 engineers working in the facility,” said Steve Fitzpatrick of Fitzpatrick Architects. “There’s really cutting-edge, high-tech work going on, and we wanted to create a facility that exhibited that.”

Who shall separate us from the love of Christ? Shall trouble or hardship or persecution or famine or nakedness or danger or sword? No, in all these things we are more than conquerors through him who loved us.