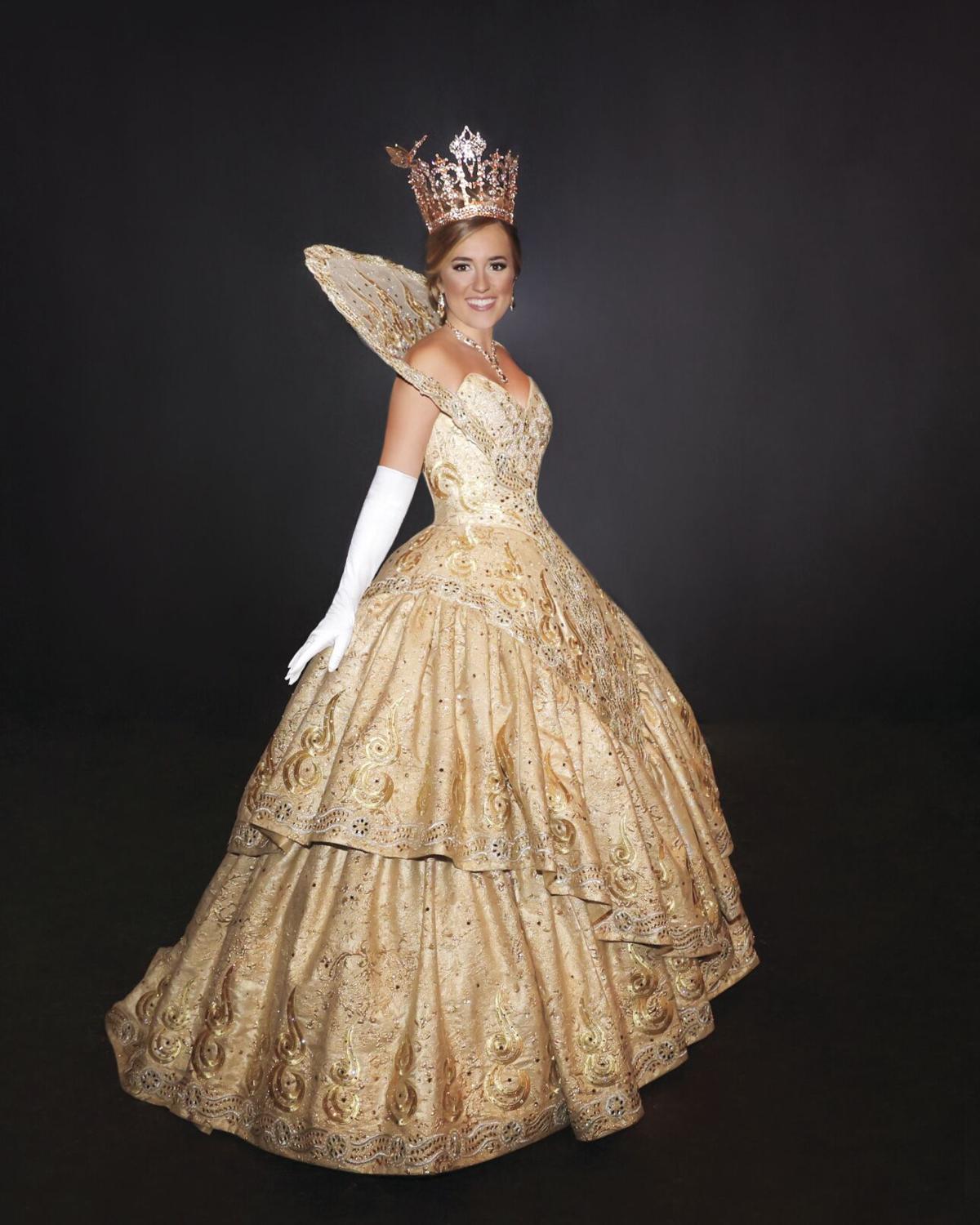 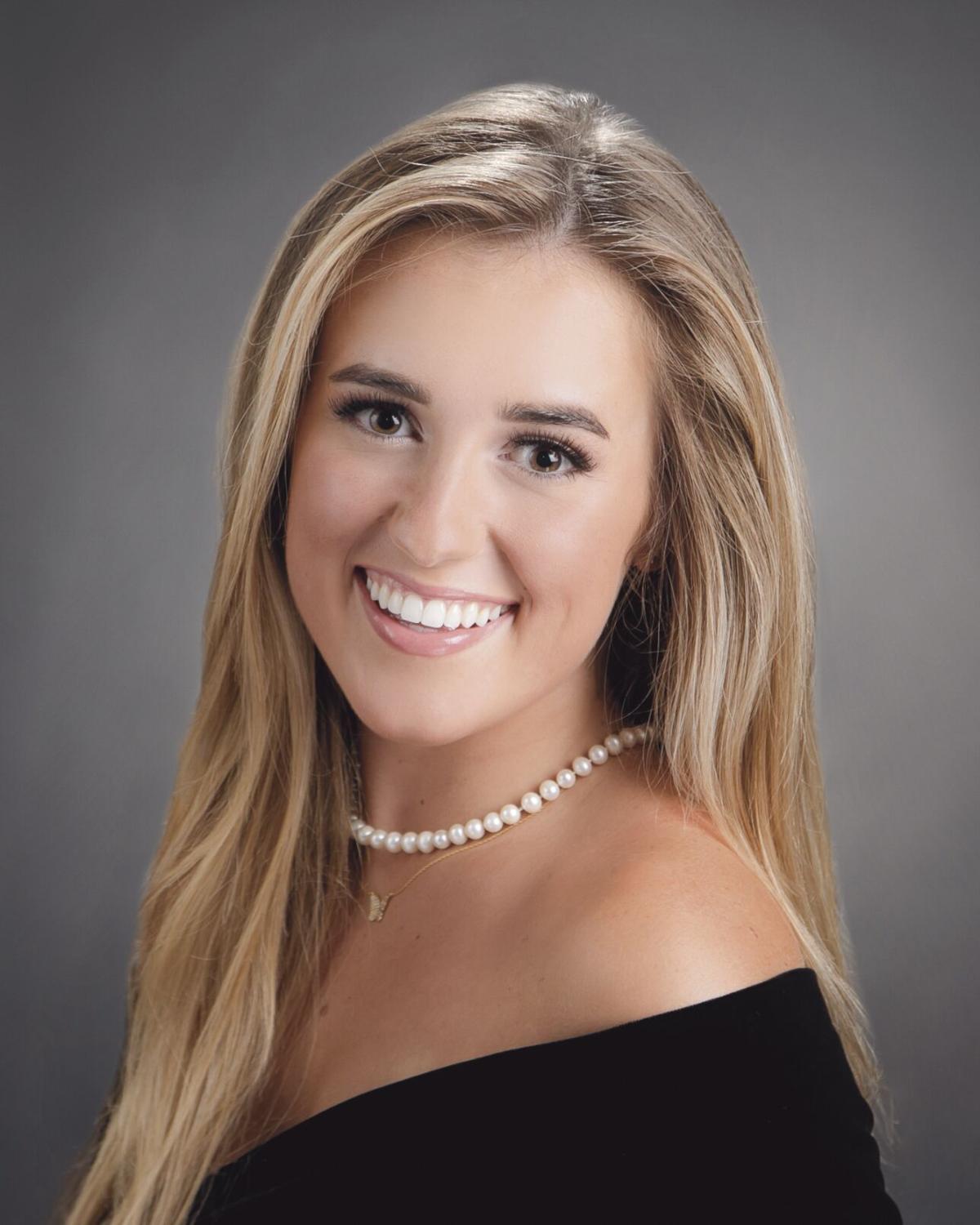 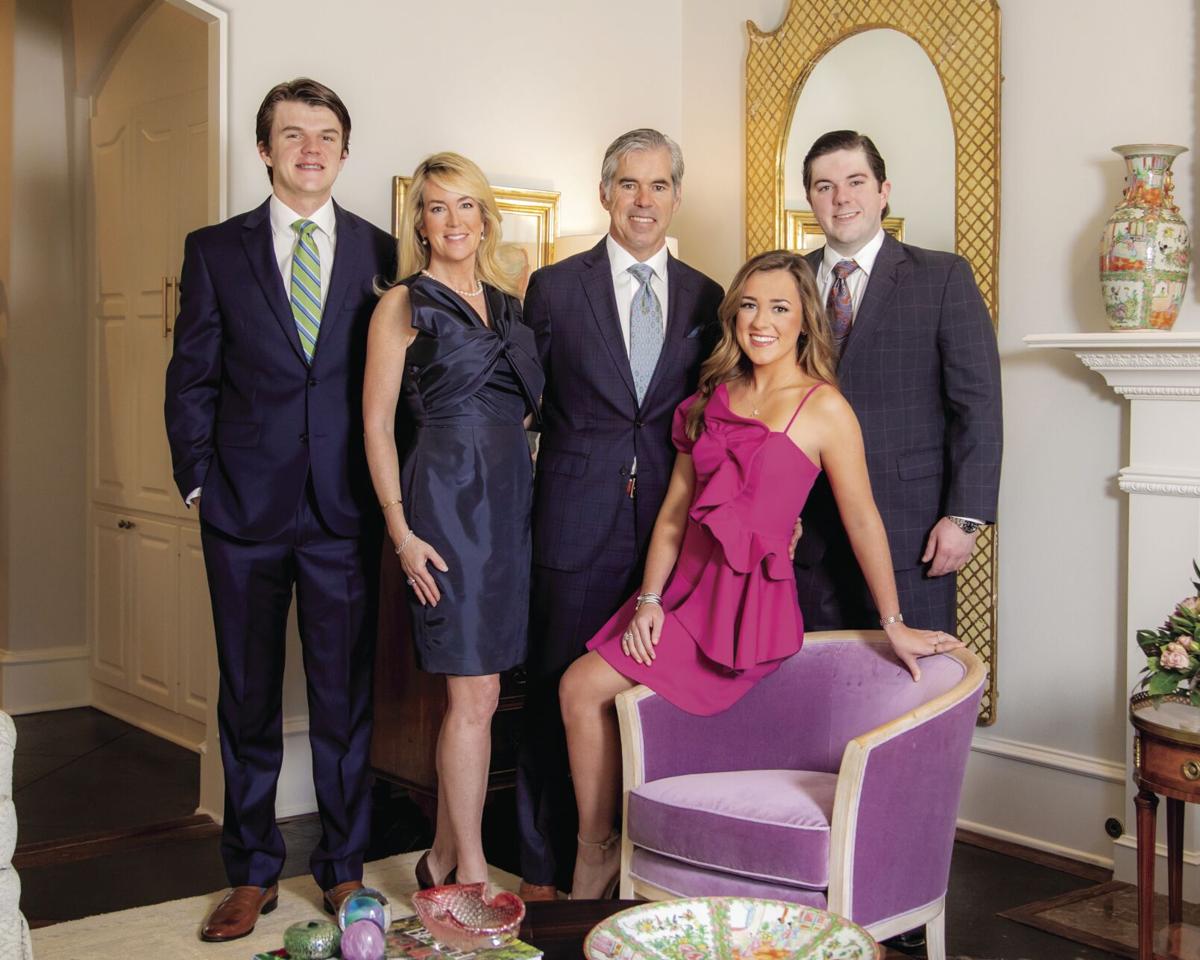 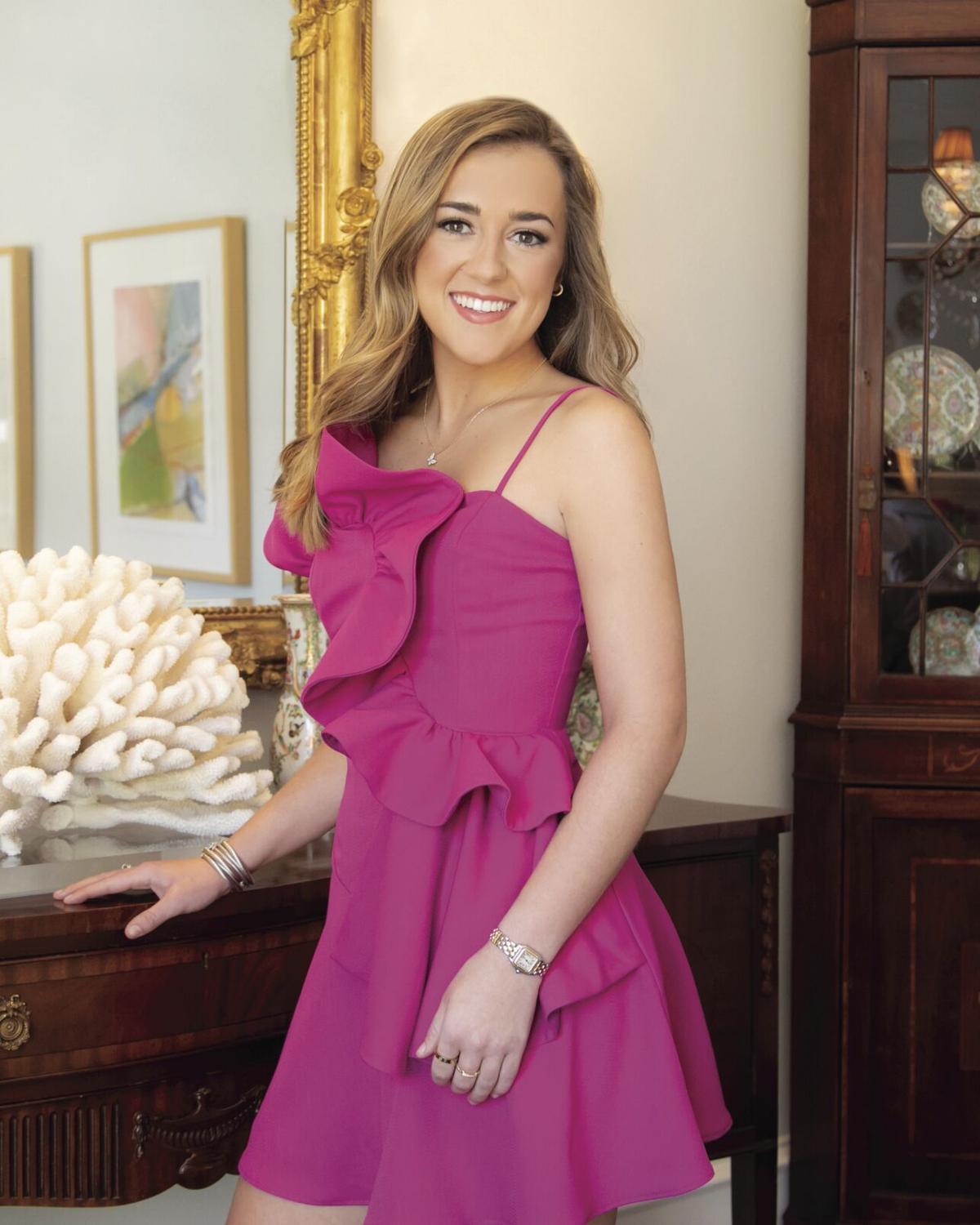 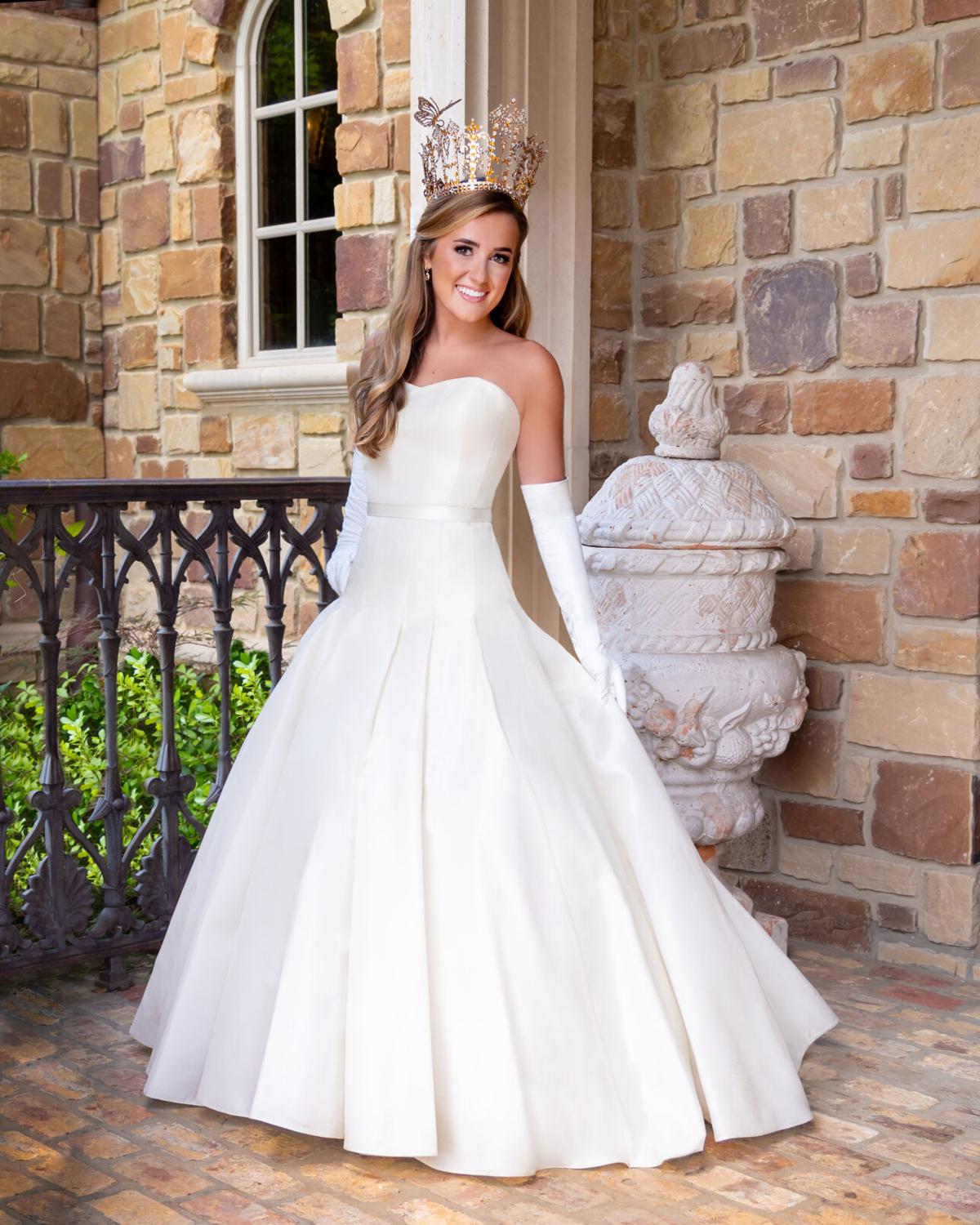 Elizabeth Reid Walker’s 19th birthday is one she will remember forever as it also marked the day she learned she would serve as Princess of the Texas Rose Festival.

“It was such a special day,” Walker recalled.

Walker, who attends the University of Texas at Austin, had come home during the first semester of her freshman year. Among the many gifts she received that day was a gift box containing bags with her initials and “2020 Texas Rose Festival Princess” on them. She also received a cake that said, “Happy Birthday, Princess.”

Walker said it is an honor to serve as the Texas Rose Festival Princess, a title she has held for two years since the 2020 event was delayed due to the pandemic.

“It feels awesome to serve. Everyone’s been so patient and so nice,” she said. “It’s been a waiting game, but I think that’s made it even more worth it. Everyone has really come together and we all want the festival to return this year better than it’s ever been.”

The festival’s delay gave Walker and other young women involved an opportunity to do more volunteer service. An experience at the East Texas Food Bank was especially impactful to Walker as she learned about the needs in the community and saw how the food bank operates behind the scenes.

“It’s important to volunteer just to give back to your community,” she said. “In our world today, we’ve gone through a lot as a society and at the end of the day all that we have is each other. We should give back to help each other.”

Walker gives back in many other ways as well. She currently serves as the videographer and as the Favors Chairman for her sorority, Kappa Kappa Gamma, and she served on the Rush team last summer. She is also active in the “Reading is Key” festival for the Boys and Girls Club at Wooldridge Elementary School in Austin and Food Finders of Smith County.

Her family also has a long legacy with the festival, including her mother serving as a lady-in-waiting in 1988 and on numerous committees throughout the years.

Walker said the family tradition makes her service this year even more special.

“This is something we’ve put a lot of work and time into and that we have also enjoyed a lot. Beyond the pageantry and the fun stuff, it feels really good to keep that family legacy going,” Walker said.

Walker even incorporated a bit of her Rose Festival history into her dress this year that she will wear as princess. When she served as an attendant in 2007 to Queen Grace Ramey, butterflies were part of the theme. Walker requested to have butterflies incorporated into her dress this year, and they are – though not as the main theme. The dress, she said, is stunning.

“The sketch was beautiful but it was even more fun seeing it come to life,” she said. “I got to put the full dress on with the crown this summer. It was perfect. I never wanted to take it off.”

Walker is excited to see everyone at the October festival. She said the most rewarding aspect has been the appreciation from the community and the excitement she sees in others with regard to the festival.

“Tyler is a small town but we’re growing fast," she said. "Wherever I go, when I introduce myself and say I’m from Tyler, people immediately think of Rose City. Whether they think of Earl Campbell or our beautiful Rose Garden, the Tyler rose industry has brought a legacy to our community. It’s exciting to be part of this event that honors our rose heritage.”

Elizabeth Reid Walker, daughter of Mr. and Mrs. John Fletcher Walker III of Tyler, attends the University of Texas at Austin where she is majoring in Studio Art and is a member of Kappa Kappa Gamma sorority.

She currently serves as Favors Chairman for her sorority and served on the Rush team last summer. She is also active in the “Reading is Key” festival for the Boys and Girls Club at Wooldridge Elementary School in Austin, Food Finders of Smith County and the East Texas Food Bank. This summer, she is serving as a staff counselor at Camp Longhorn Indian Springs.

She served as an attendant in the 2007 Texas Rose Festival to Queen Grace Ramey. She also served as Tea hostess and as an Attendant Dresser in 2016 and 2017.

Her mother, Andrea Wall Walker, has served as a 1988 lady-in-waiting, 2018 administrative assistant to the president, 2006 and 2016 Coronation co-chair, 2010 and 2014 Order of the Rose Queen’s Ball chairman, and 2016 and 2019 Queen’s Tea chair as well as numerous other committees. Her father’s Texas Rose Festival involvement includes serving as an escort in 1985, escort wrangler and a member of the Order of the Rose.