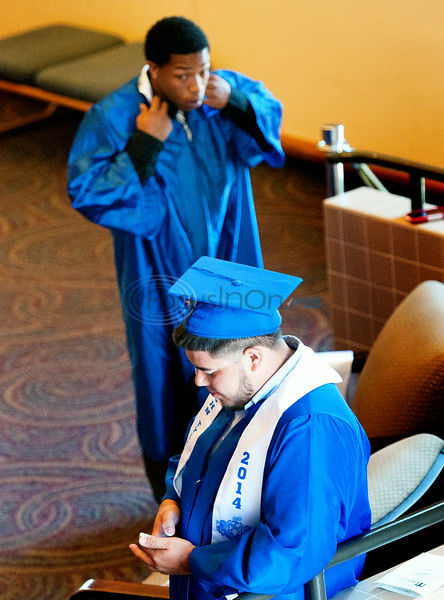 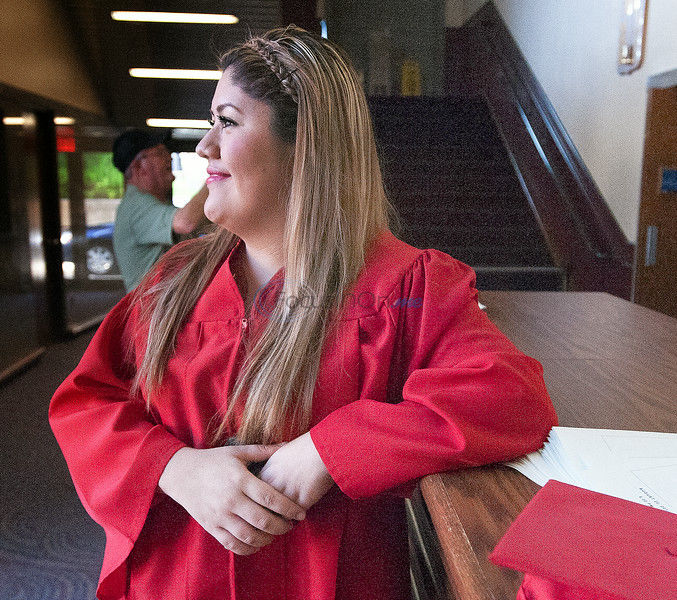 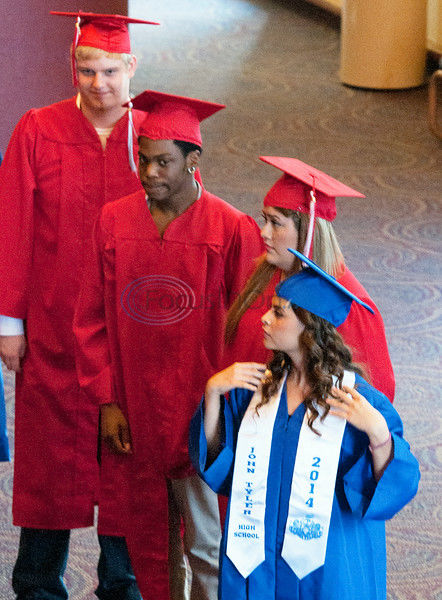 Karisma Freeman said it felt "awesome" to walk across the stage at Caldwell Auditorium on Wednesday to graduate.

With her diploma in hand, she was looking forward to continuing her studies at Tyler Junior College and then transferring to Stephen F. Austin State University or the University of North Texas to pursue a career in criminal justice.

She was among 17 Tyler Independent School District students who could not graduate with their class in June because they lacked a course credit or a passing standardized test score.

But by Wednesday, they had met the graduation requirements and were ready to participate in summer commencement.

During the summer David Roy kept on seeking his diploma.

Although George Ramirez initially failed tests in math and science, he studied hard during the summer and passed the tests to be able to graduate Wednesday.

"I wanted to graduate because I wanted to make my family proud and keep on going to college," he said. He is considering a career in video games design.

Guest speaker Dave Anderson talked about the choices that the graduates have in front of them.

The graduates may think that they are done with something because they were finishing high school, Anderson said, but "they are actually just starting. It's the start of an opportunity to make a whole lot of choices moving forward."

"There are lots of things in life you can't control but they have 100 percent control over their choices," Anderson told the graduates.

Anderson said their choices moving forward are going to determine much about their life, who they become and how they impact the world.

"In life, our behavior and our choices make up who we are and our character," Anderson said. "No matter where they've been before, they have an opportunity to impact who they are going to be by their choices."

The first choice facing the graduates is attitude, he said, stressing a positive attitude.

The second choice is how they view their future and choosing to see their future in big terms versus in small terms, Anderson said. He suggested not seeing their future based on their past, pointing out they have a choice to look at it differently.

"It's about seeing the possibilities and aiming high," Anderson said. "You are not stuck where you are."

The graduates can choose to be a good parent no matter what type of parent they may have had, he said.

Another type of choice confronting the graduates is the type of effort they put in and choosing to work hard, Anderson said.

"You do not need talent; you do not need brains to work hard. Effort is 100 percent in your control. There are plenty of people with talent and brains that don't work hard," Anderson said.

"When they make all these other choices, that leads for them to have a strong character. It's people of character who rise above everything else in this world. What you are going to choose is up to you," he said.