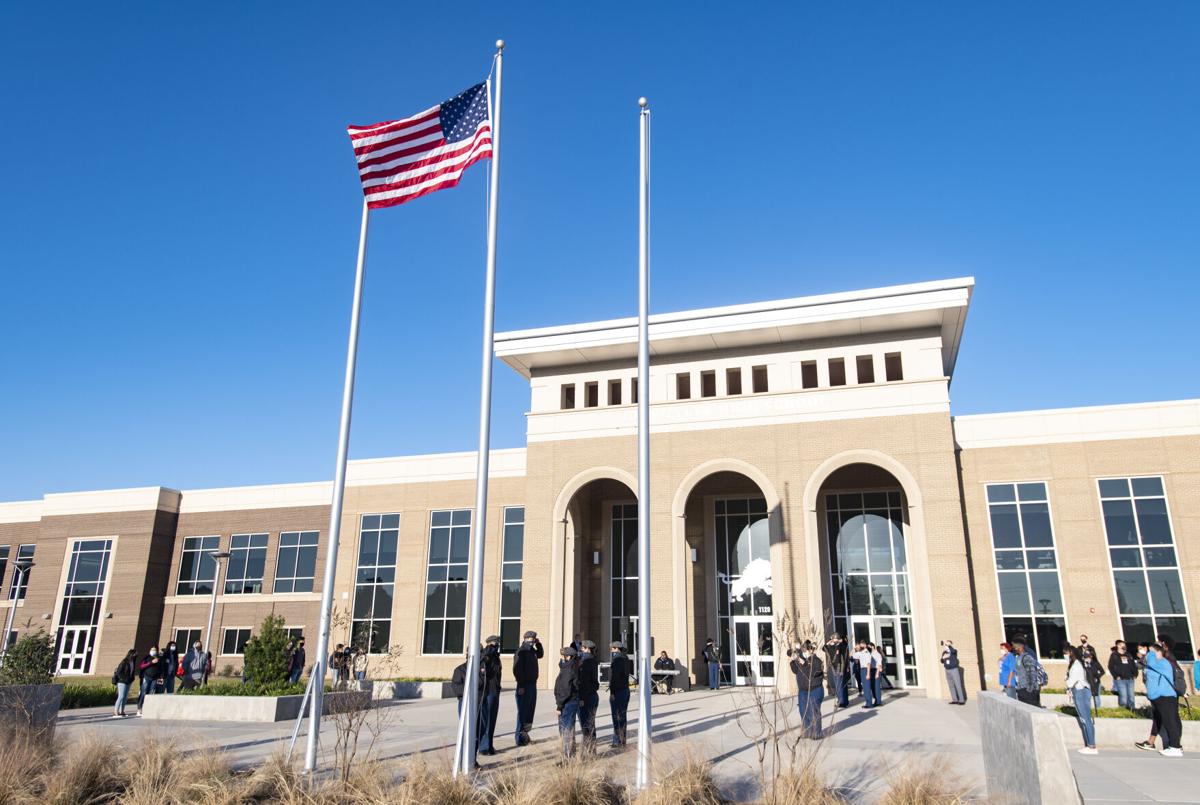 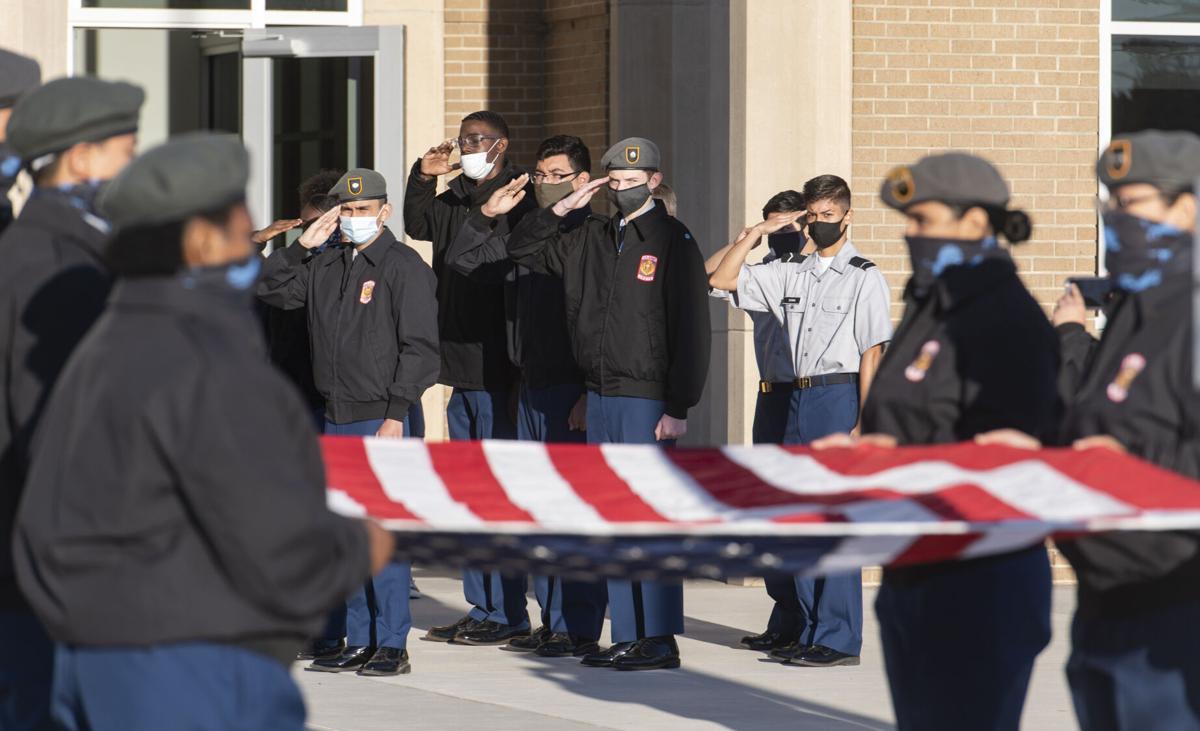 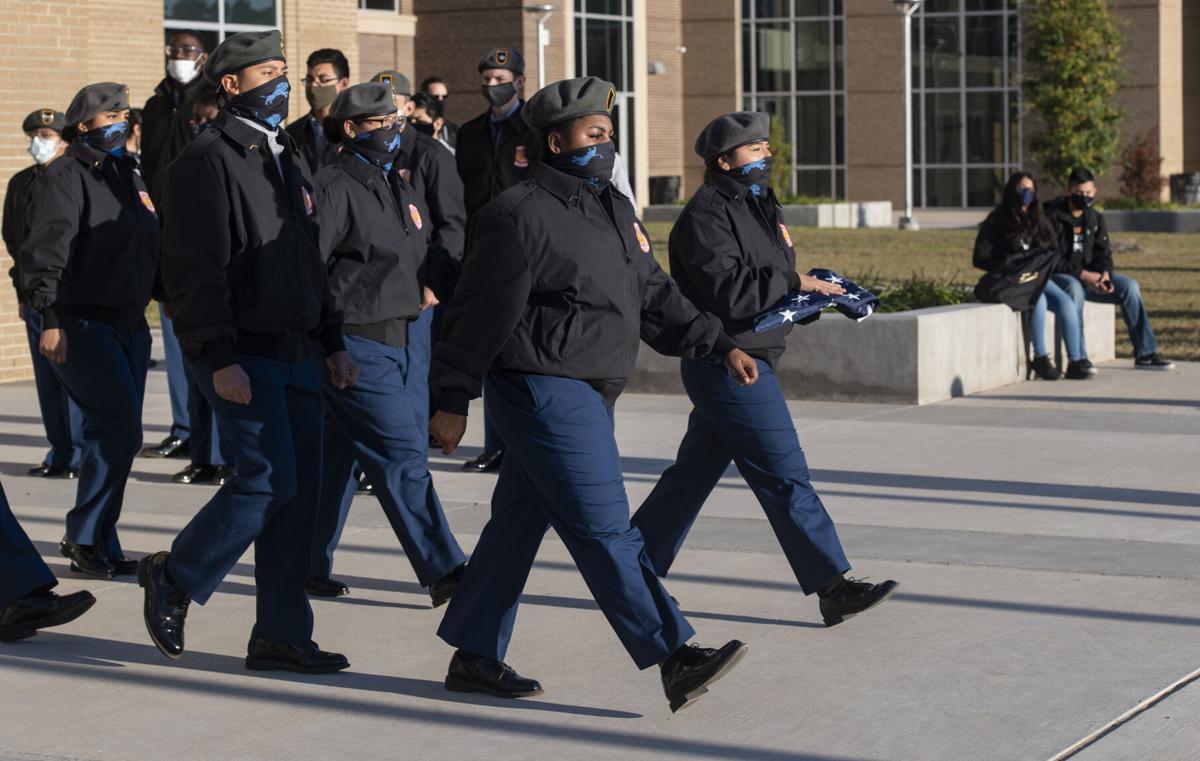 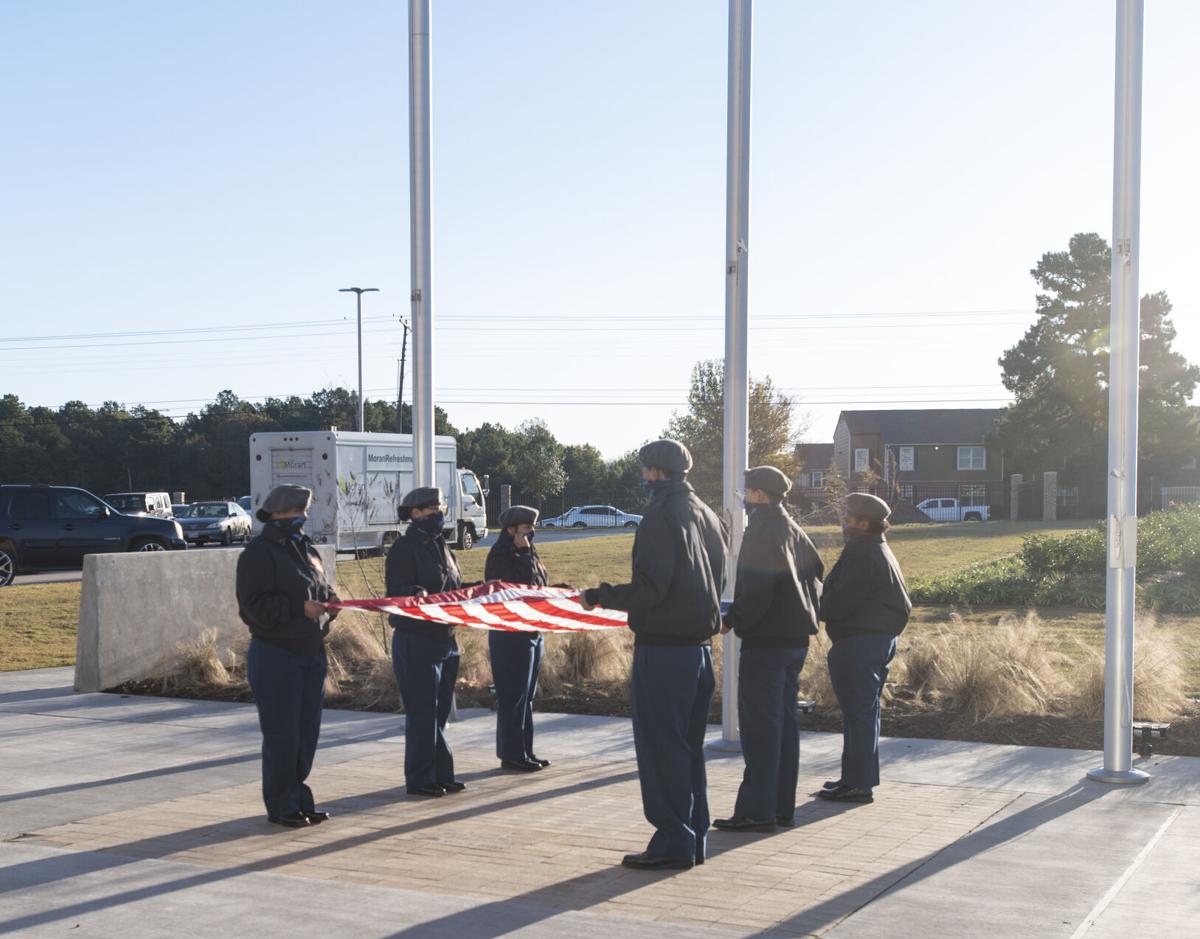 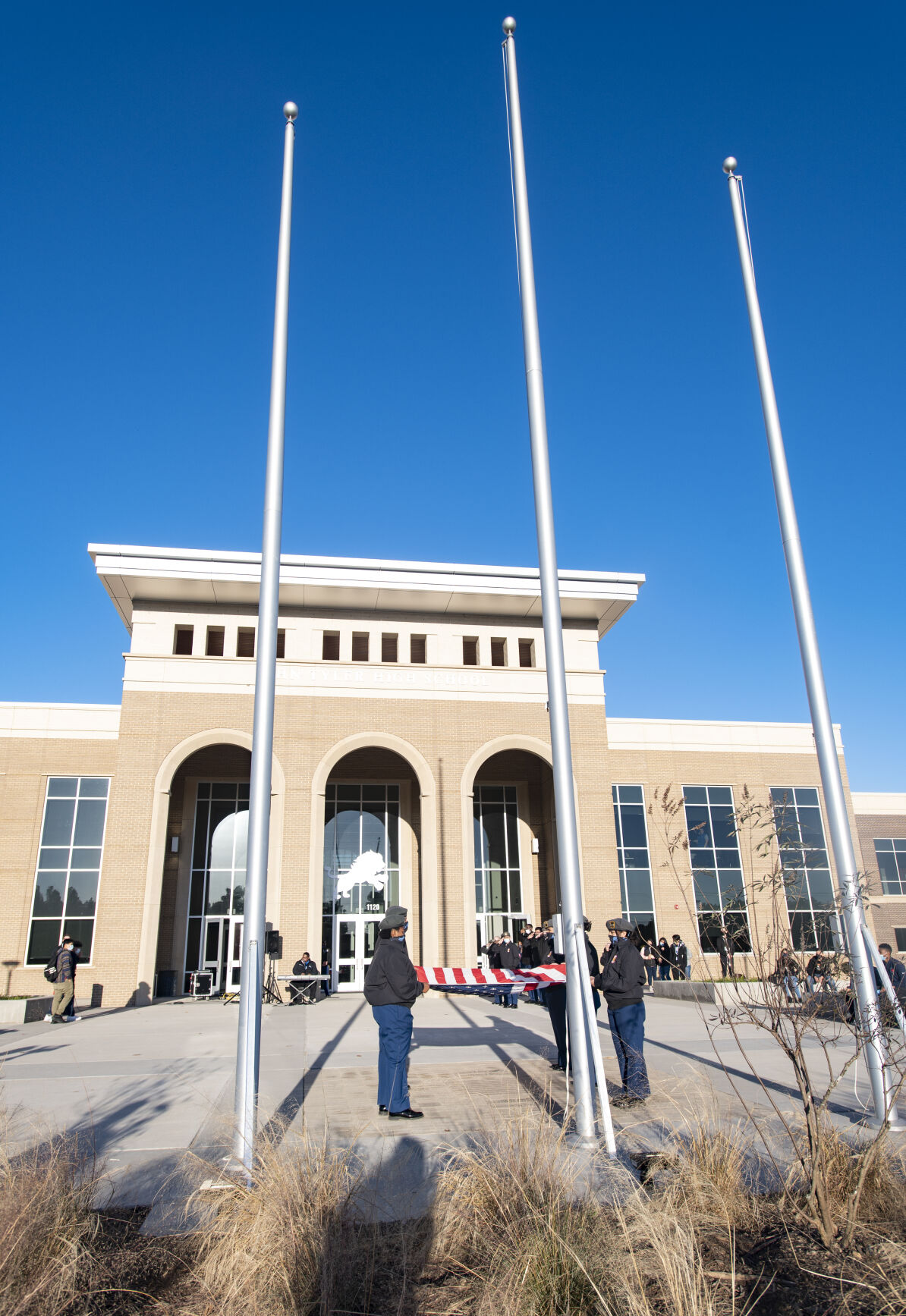 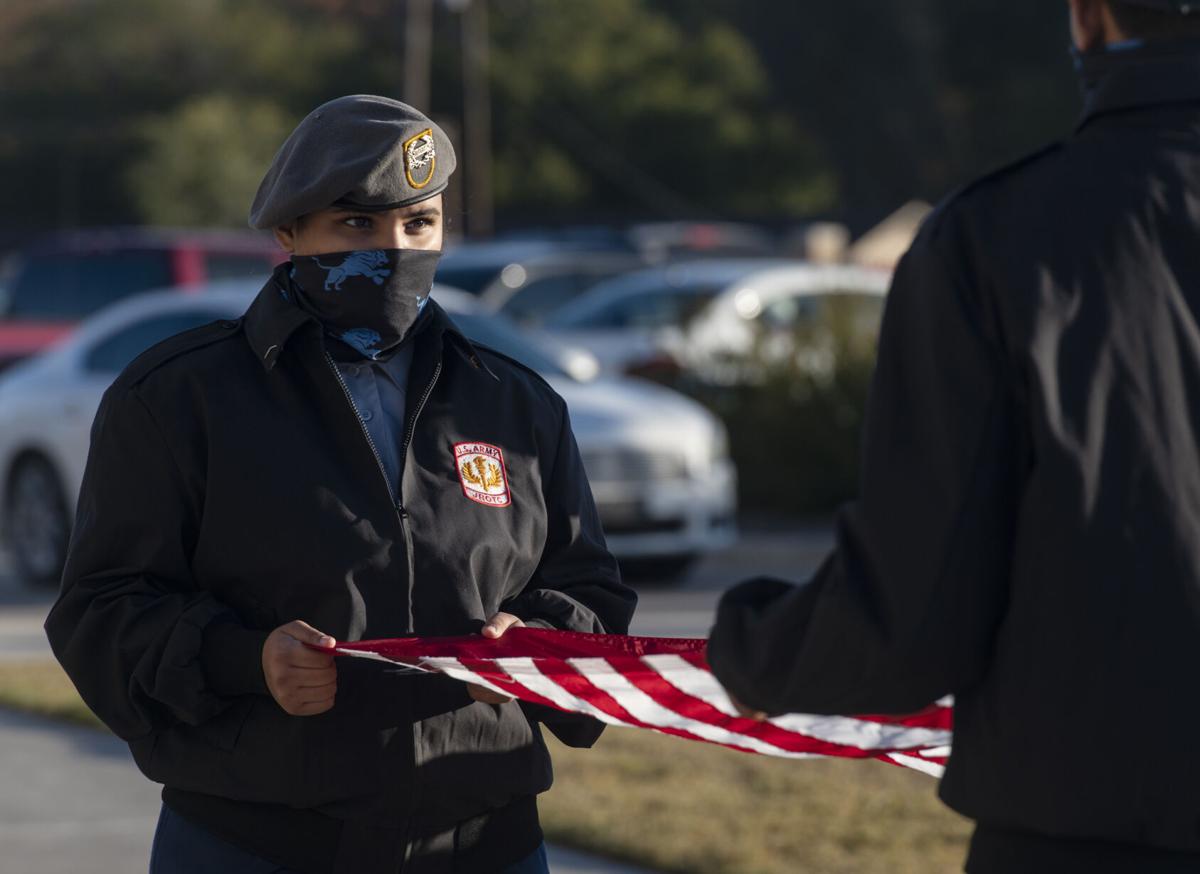 The Tyler High School JROTC Unit freshman Melaney Gutirrez holds a corner of the flag as it is prepared to be raised in flag ceremony before school on Veterans Day, Wednesday, Nov. 11, 2020. 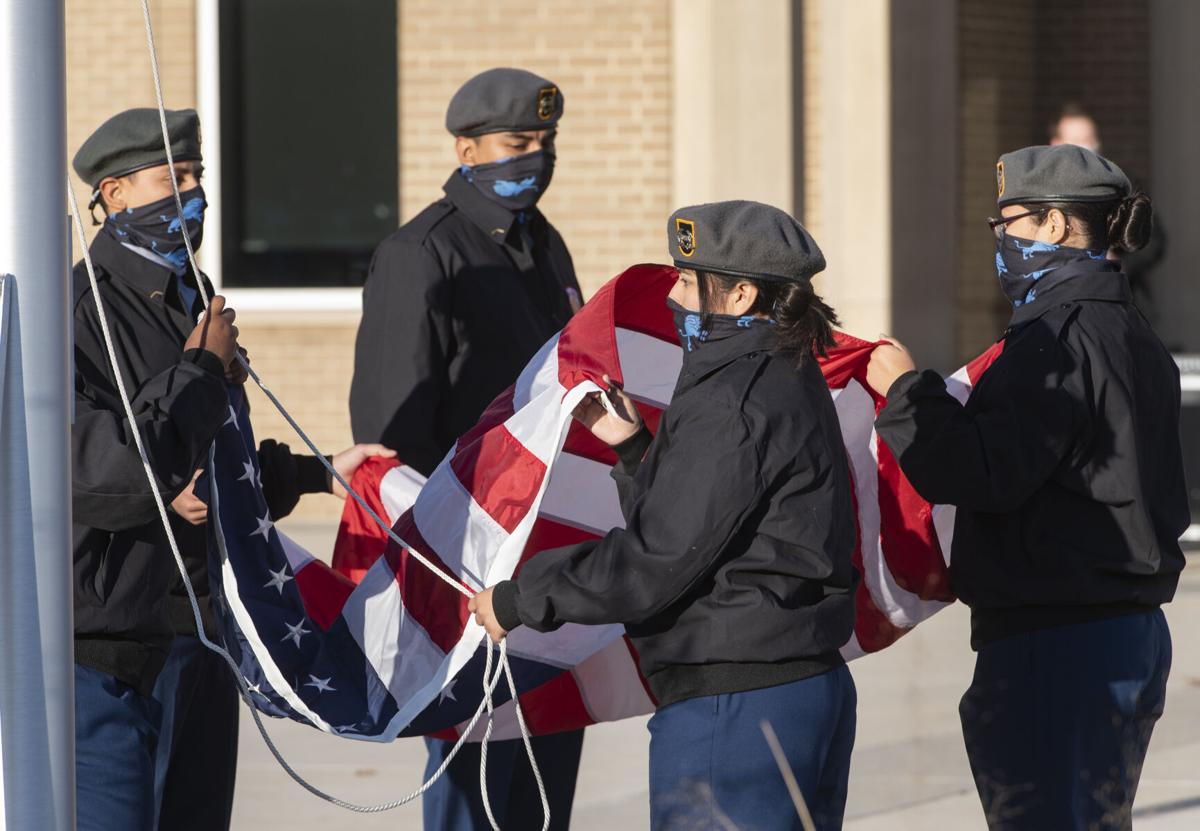 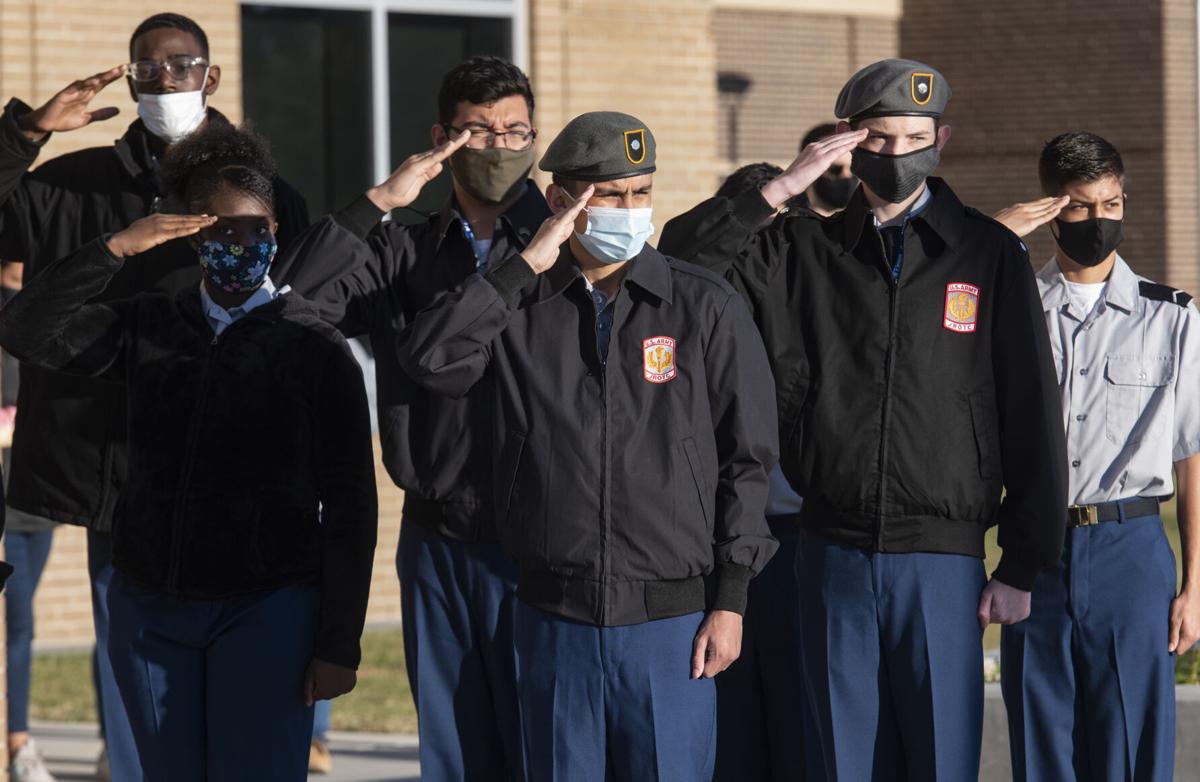 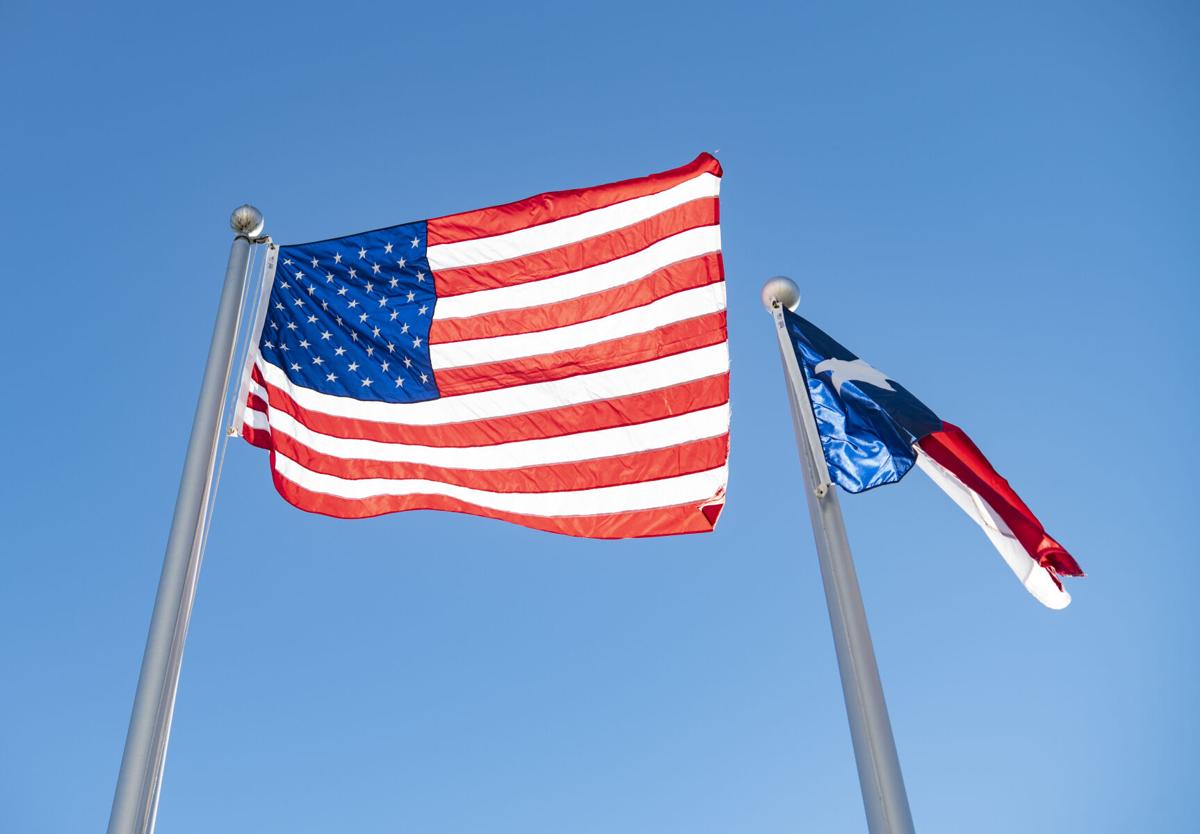 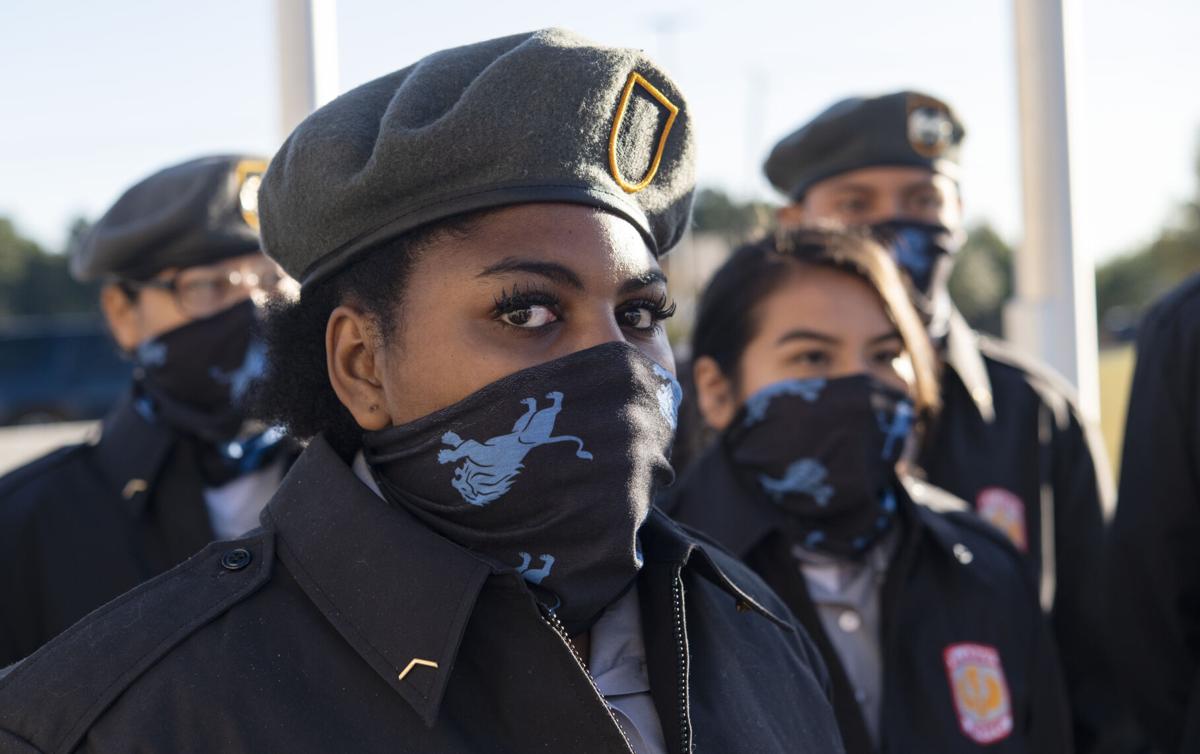 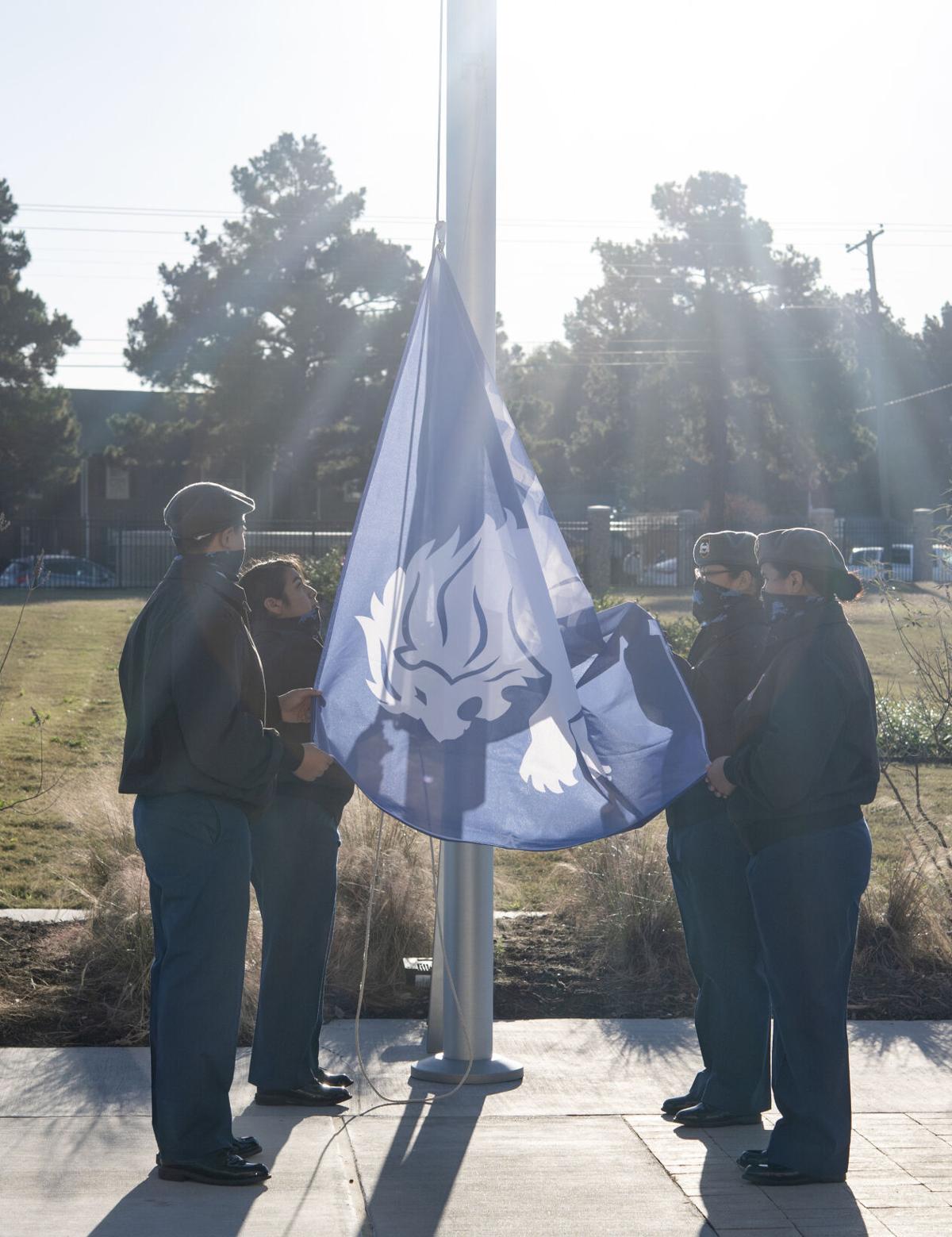 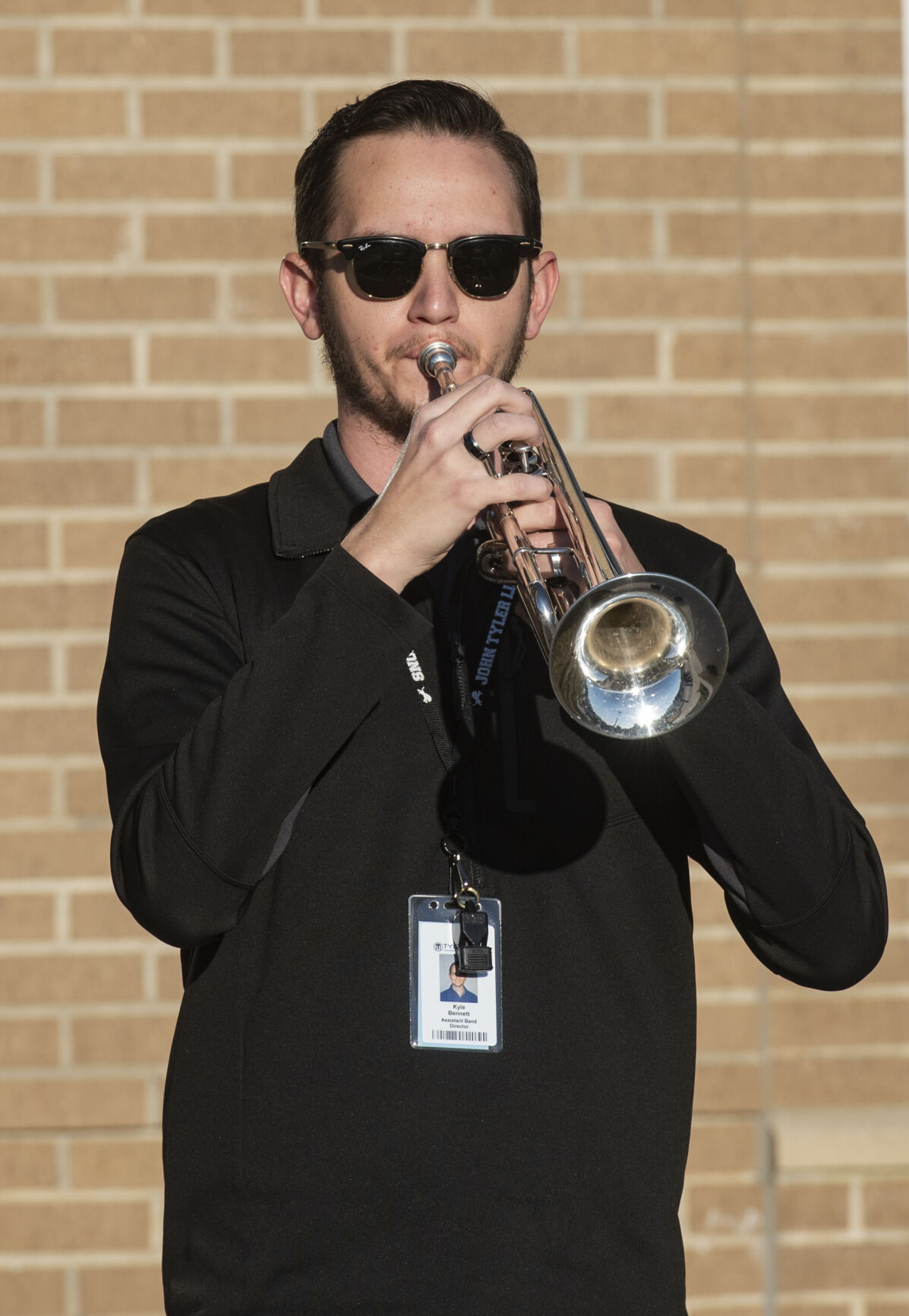 The Tyler High School JROTC Unit freshman Melaney Gutirrez holds a corner of the flag as it is prepared to be raised in flag ceremony before school on Veterans Day, Wednesday, Nov. 11, 2020.

“In middle school, I was a bad student,” Alonso said. “Since I joined the program, I’ve been doing really well, and I became the commander of the team.”

Alonso was among the several Tyler High JROTC students who conducted a flag ceremony in honor of Veterans Day before the start of Wednesday’s school day as other students were just approaching the front entrance.

The ceremony also featured taps and the National Anthem.

“It’s exciting because we get commemorate veterans and what they’ve done for our country,” Alonso said.

Over his three years in JROTC, he’s risen in rank to a second lieutenant cadet. He’s also planning to enlist in the US Army.

Private cadet LaDasia Day, a Tyler High freshman, said presenting the colors was an exciting new experience for her.

She added that the program has been a great benefit to her personally.

Tyler High School Senior Army Junior ROTC instructor Lt. Col. Ray Canas, who is also an Army veteran, said it’s important for students, including cadets and those outside of the program, to learn about the sacrifices of veterans.

“It’s pretty important to be aware of history and the sacrifices of men and women over time,” Canas said. “It’s a good history lesson, not only for cadets, but for the students to make them aware.”

He hopes the students “remember the sacrifices that have been made for them and that one day they’ll be selfless.”