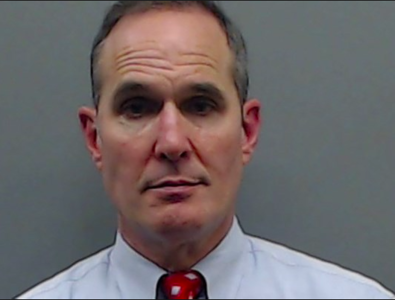 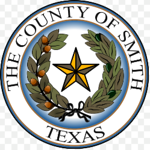 In stepping down as Smith County judge, Joel Baker’s career of public service in a judicial capacity comes to an end.

The State Commission on Judicial Conduct on Friday released an agreement Baker signed Tuesday, which said he’ll resign in exchange for the commission dropping an investigation into a sexting scandal.

In the agreement, Baker admitted no guilt in that scandal, or in a Texas Attorney General’s Office criminal case against him for alleged Texas Open Meetings Act violations on three occasions. But he did agree to resign in lieu of discipline.

Baker’s resignation will become effective on Nov. 4, but could come sooner, depending on the outcome of the trial in that criminal matter. That case is pending in Smith County, with an Oct. 31 trial date.

The AG’s Office said Baker’s resignation will have no effect on the criminal proceedings against him.

“While I cannot discuss the specifics of an open investigation and pending case, Mr. Baker’s resignation does not affect the Office of the Attorney General’s criminal case against him,” prosecutor Daniel Brody said Friday.

The commission suspended Baker in late June following his indictment on those three charges, all misdemeanors.

Baker’s suspension without pay still stands until the resignation is effective on Nov. 4 or the criminal case is concluded, according to the commission. Further, the agreement bars Baker from serving as a judge in any capacity, including officiating weddings.

The decision, however, will not affect Baker’s law license.

“That is my understanding,” Moran said. “We will have to do a few procedural things to follow through on my appointment after the resignation goes into effect, but I don’t believe that a special election will be necessary.”

Moran has not yet decided whether he will seek the office in 2018.

“We’ll make that decision sometime next year,” he said.

Baker served as vice chairman on the State Commission on Judicial Conduct until he resigned in March, citing family and personal stress.

His resignation came amid allegations that he sent “sexually graphic messages, photos and videos with a woman while he was in Austin in his official capacity as vice chair" attending the commission meeting from Feb. 10 to Feb. 12, the agreement said. It alleged he sent more messages while in College Station from Feb. 15 to Feb. 18 while attending a judicial education conference in his official capacity as Smith County judge.

The agreement also states that Baker failed to produce requested records and evidence and deleted information from social media and from his cell phone before he donated the phone to charity. He didn’t provide compete and candid testimony to the commission and attempted to influence the testimony of a witness, the document reads.

Baker, who is a former Smith County assistant district attorney, won the county judge seat in a close race in 2006. When he took the bench, the Commissioners Court was fractured and contentious.

“I have the ability to get along with people,” Baker said during his campaign. “I am trained to negotiate. My approach would be to find out where they perceive the problems to be. It’s not a matter of me telling them how to run their departments. You have to open the door to listening first.”

But Baker made what he later acknowledged was a political misstep early on. He proposed a salary plan for the county that included a substantial pay raise for himself. His pay would have increased about 45 percent over a three-year span.

Public reaction was swift and loud; Baker later backed off from the plan, and said his decision was “a result of comments and actions by our voters.”

Later, the Texas Legislature passed a bill preventing county commissioners from voting themselves pay raises that take effect before their next election cycle.

The issue that most affected Baker’s tenure on the bench is the county jail, which was overcrowded and outdated.

The court had called a bond election for a new jail for May 2006, just a few weeks after the March Republican primary. It was, in fact, two bond packages - an $83 million downtown jail, and a $75 million remote jail. Public opposition quickly emerged to both proposals, and the “No No Committee” was formed. Both proposals were defeated handily.

When commissioners went back to the drawing board, Baker declined to be part of a new, smaller jail committee formed by the court.

“Thank you for selecting me to serve on the newly formed facilities planning committee,” Baker wrote. “However, I respectfully decline to serve as a committee member.”

Nor did he endorse the process. And without the county judge’s support, plans collapsed. By February 2007, the county was starting over again from scratch.

In September 2007, the county came forward with a new bond package: $125 million. It, too, was defeated. A year later, voters turned down a $59.6 million package, as well.

It wasn’t until 2011, when newly elected Commissioner Jeff Warr helmed the effort, that a jail plan passed. It was much more modest - just $35 million - and focused on improving existing facilities, rather than building all new.

Yet Baker had a big hand in revitalizing parts of downtown Tyler. He was the driving force in revamping existing buildings and moving county offices out of the old Carlton Hotel (then called the Smith County Office Building) and into better quarters.

Some strategic purchases and pay-as-you-go refurbishments helped to form a downtown campus for county offices.

In 2015, Baker’s leadership on the issue earned the county the Heart of Tyler Brick Award.

Members of the Commissioners Court said Baker’s resignation is likely the best thing for Smith County. They also thanked Baker for his years of service and wished him and his family well.

JoAnn Fleming, executive director of local government watchdog group Grassroots America–We the People, who has repeatedly called for Baker’s to step down, said Baker’s resignation is a welcome development.

“It is a shame our county has had to endure this unpleasant chapter in local government,” she said. “We have the highest hope this turns a page for a much higher local standard of conduct for local officials. The people of Smith County deserve better and should demand it. We ask the household of faith to pray for Joel and his family.”

“I appreciate his service to the county in the last few years,” Warr said. “It is unfortunate this happened, but his resignation is probably the best thing for his family and the county.”

Moran also thanked Baker for his years of service.

“I just want to thank Judge Baker for his many years of service and wish him and his family the absolute best,” he said.

When contacted early Friday morning, Commissioner Cary Nix said he was unaware of the resignation.

“I hadn't heard that, but it would be great news to me,” he said.

Commissioner Terry Phillips said Baker’s resignation was a positive step for the county.

“Nathaniel Moran is doing a great job and we’re ready to put all these issues behind us,” Phillips said. “I really feel like there’s a new spirit of openness and accountability in the way we are doing business. It’s refreshing.”

- Faith Harper contributed to this report