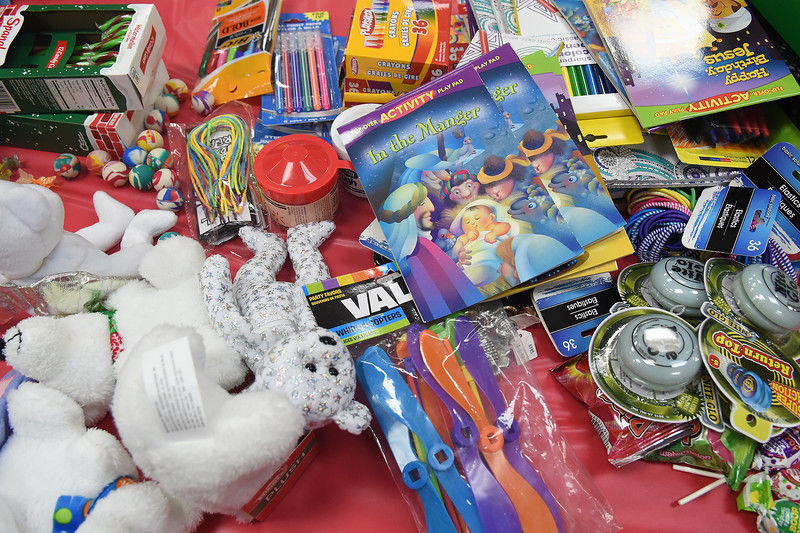 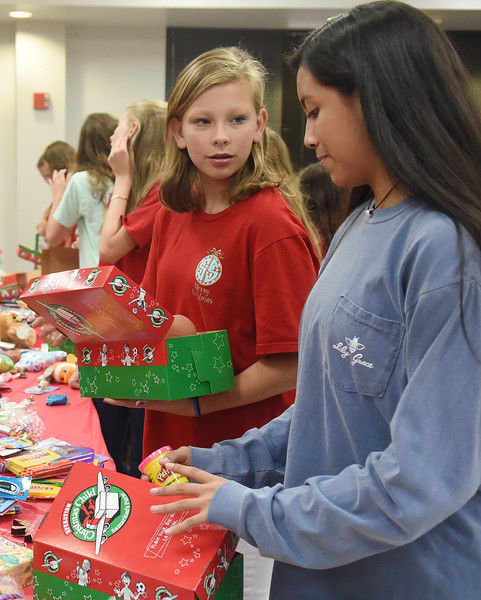 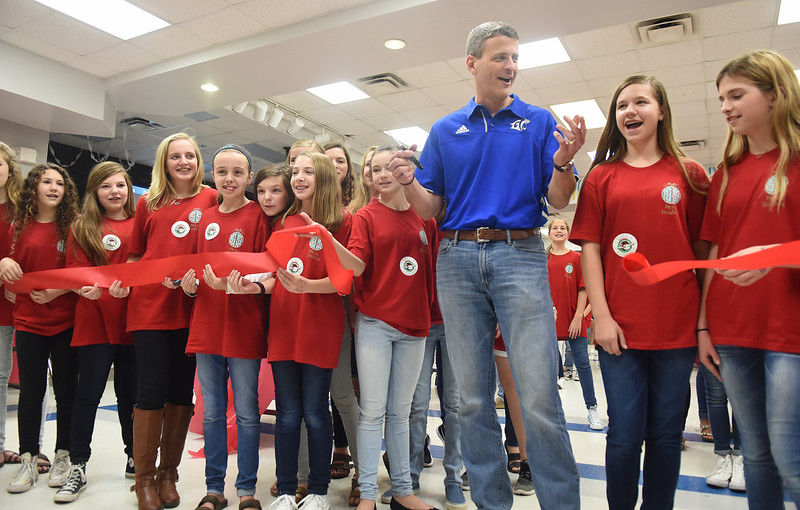 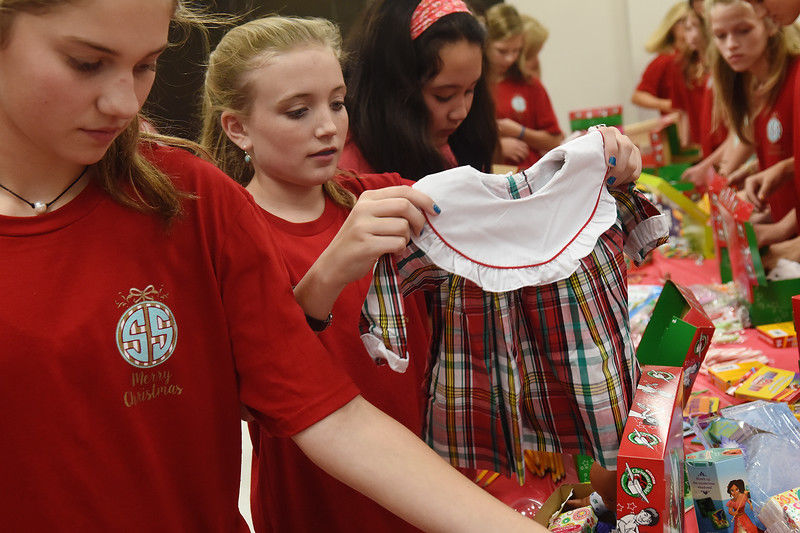 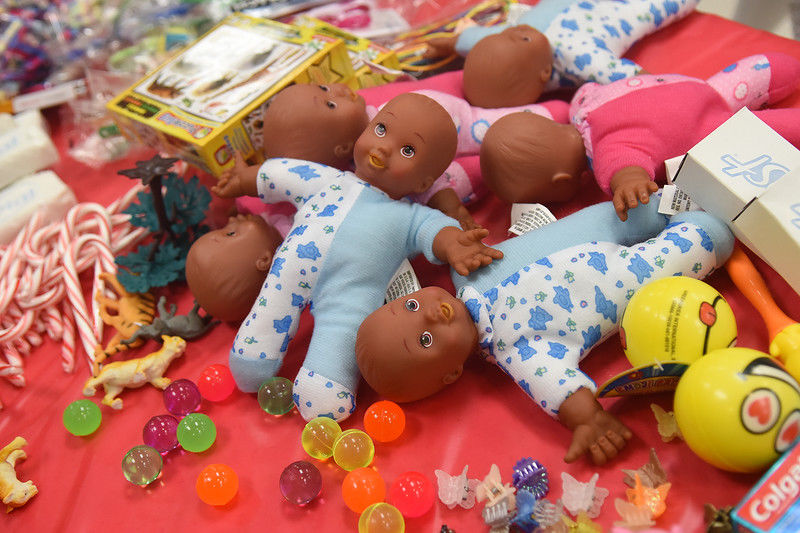 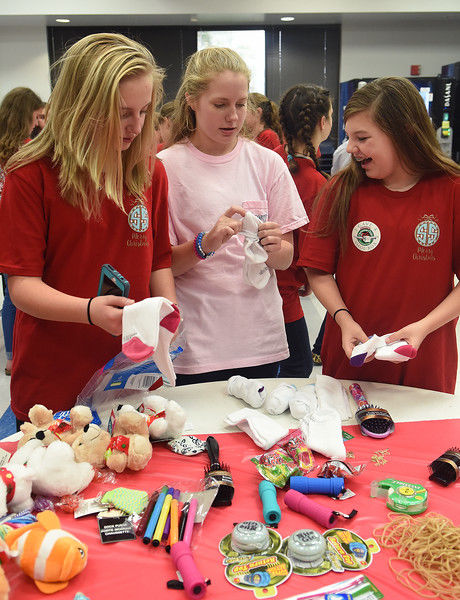 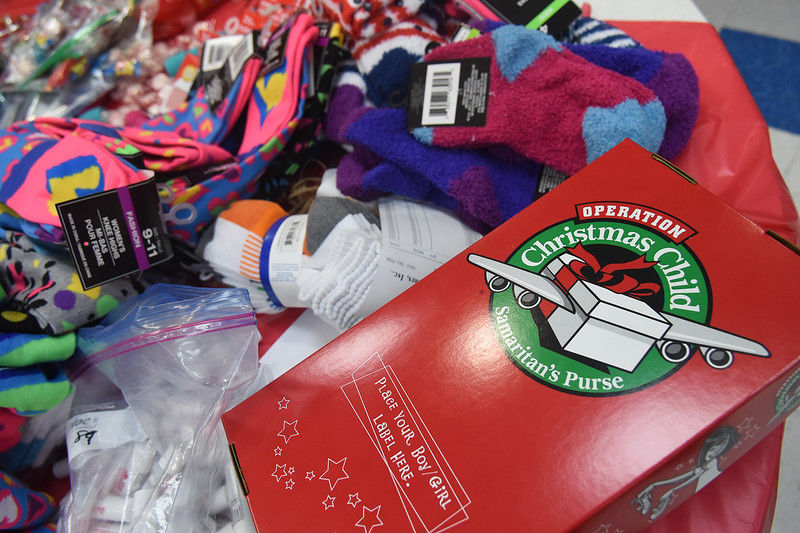 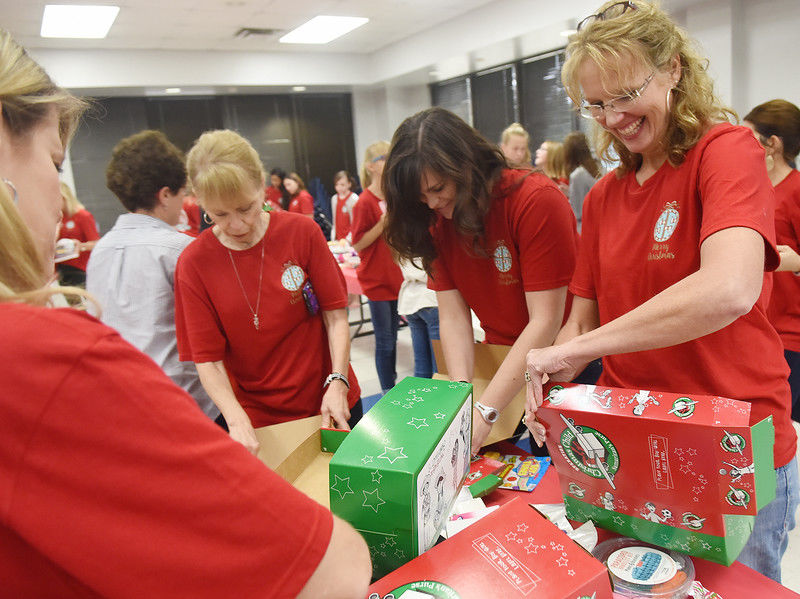 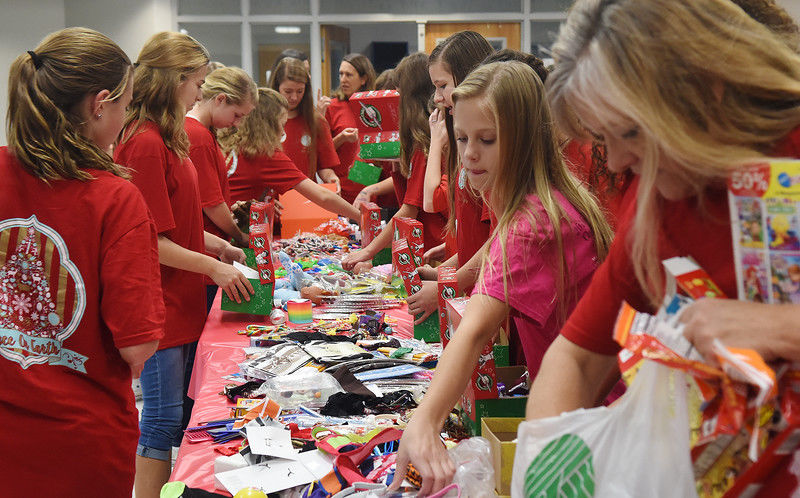 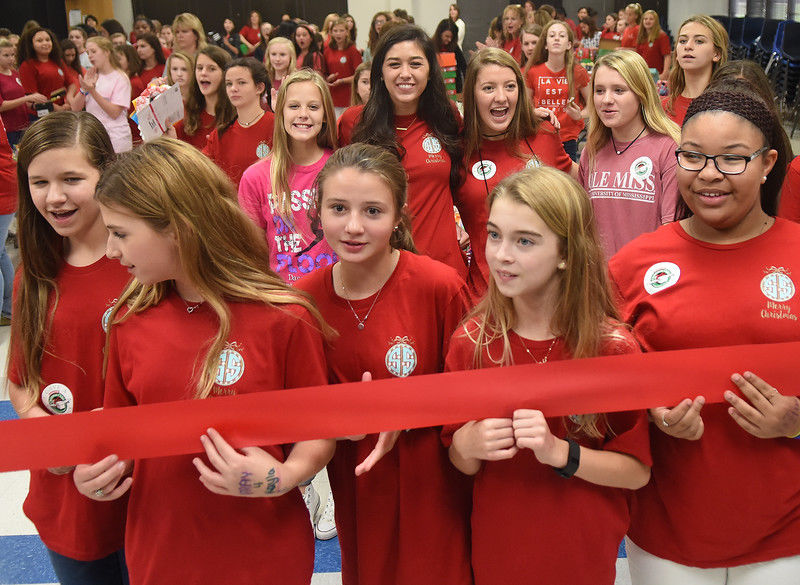 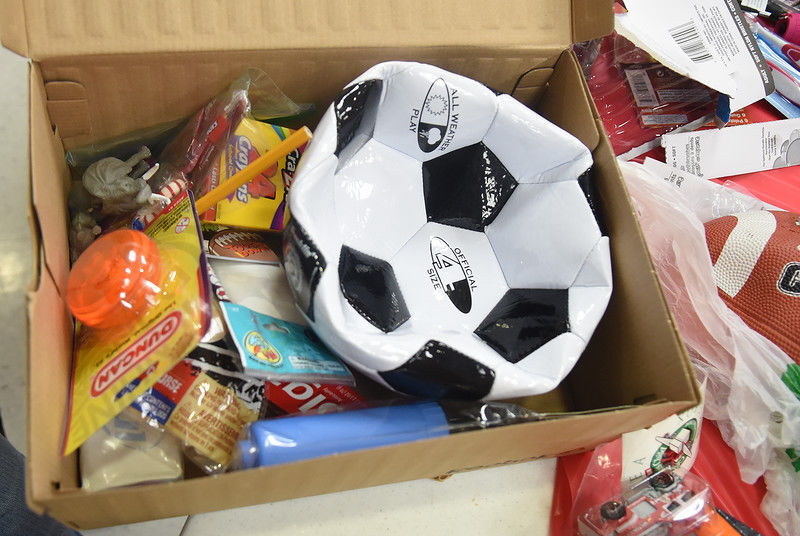 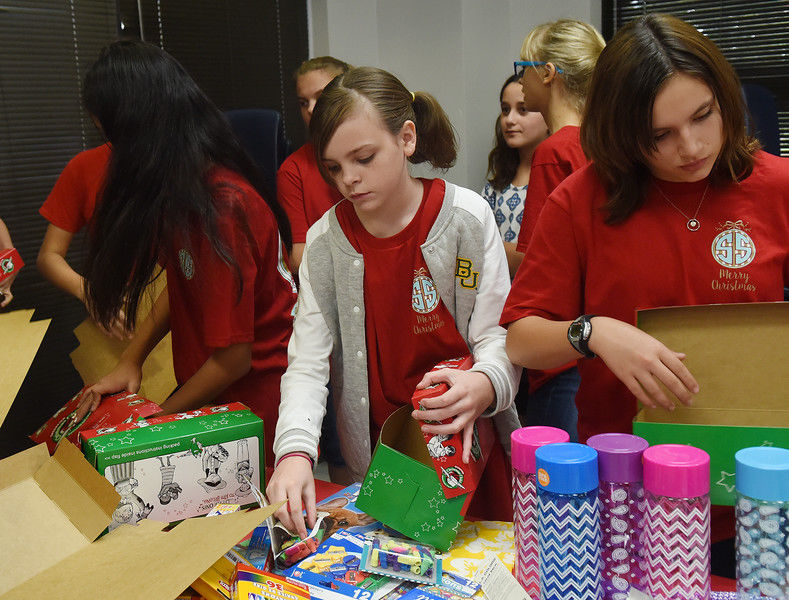 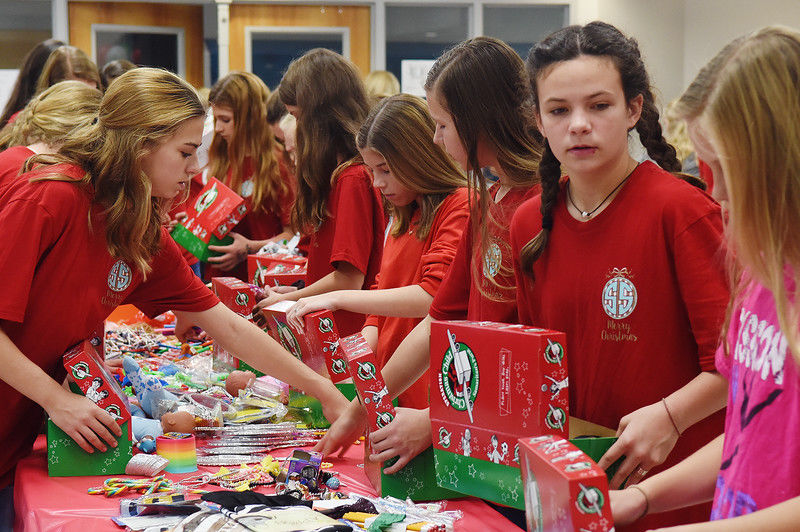 Thousands of shoe boxes full of presents and much needed necessities will soon be on the way to children around the world, thanks to the Sister Squad at Grace Community School.

When Grace turned an informal mentoring program into an official school organization, they found an opportunity to let students have an impact on the community.

The Sister Squad, in its first year, is tackling its second service project – Operation Christmas Child. The group's first project was a book drive for flooded Louisiana school libraries.

On Friday, Nov. 4, more than 150 junior high girls turned the school's lunchroom into Santa's Workshop as they filled boxes for children in need all around the world.

The boxes are filled with toys, toiletries, school supplies and notes of encouragement.

Sister Squad is the evolution of an informal big, middle, little sister program for girls at Grace Junior High. With 100 percent participation in the program, the girls expect to collect more shoe boxes than ever, sponsor Julie Craddock said.

Before the box packing began, parents shared stories of recipients whose boxes contained necessities they had been praying for.

"We serve one another and the community," she said.

Ella Mitchell, eighth-grader, said she was glad to be part of a project that helped people while also spreading the gospel.

"It's important to me because we're changing a child's life," Mitchell said. "They're not only getting a gift, they're getting to learn about Christ."

Anna Olson, eighth -grader, said the gifts help children who may not otherwise get a present for Christmas.

"Every box goes to a child that needs it and God has specifically chosen where that box is going to go," Olson said. "They need to learn the gospel and it teaches them about Christ and changes their lives."

Macy Adams said the project was emotionally fulfilling. Knowing that the presents she put together would end up in countries across the globe was incredibly gratifying.

"It makes me feel really good that they know that there's someone on the other side of the world that loves them and can let them know they have hope," she said.

The girls put together an initial 250 boxes and expect to easily out pace last year's total of 1,063 boxes collected. The collection period ends Friday.

This is the 20th year Grace Community School has participated in Operation Christmas Child.

“Then Jesus declared, ‘I am the bread of life. Whoever comes to me will never go hungry, and whoever believes in me will never be thirsty.’” (John 6:35)