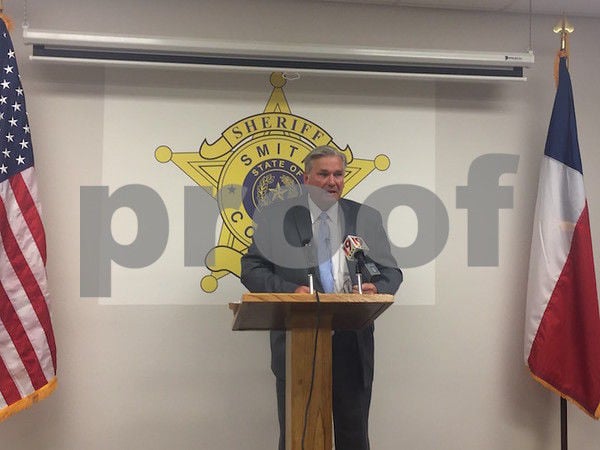 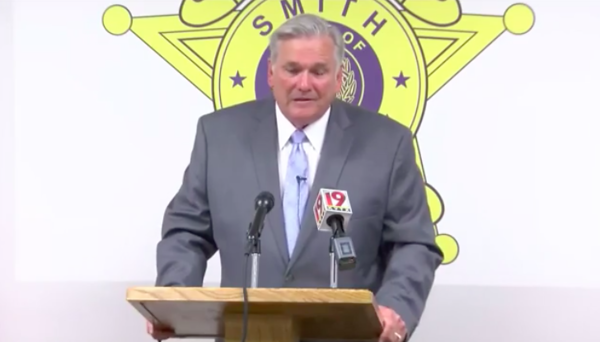 Smith County Sheriff Larry Smith said he believes the robbery of NFL draft pick and Whitehouse native Patrick Mahomes II and his friends on Friday was a random act committed out of opportunity.

During a press conference at the Smith County Sheriff's Department on Tuesday afternoon, Smith said the suspect, 34-year-old Michael Blake Pinkertson, did not know who Mahomes was nor did Mahomes know the suspect.

Smith said Mahomes is “in no way a suspect whatsoever,” and he and his friends have been completely cooperative with the investigation.

The victims had been parked in the driveway of a house in the 8800 block of Mansion Creek Circle for several minutes when the suspect pulled up behind them, Smith said.

According to the Smith County Sheriff's Office arrest affidavit, the suspect said he had a gun and demanded the victims' wallets, shoes and beer.

Two victims were not spotted by the suspect and were able to get away and run behind the house and call 911.

According to Smith, deputies arrived at the house on Mansion Creek Circle shortly after 9:15 p.m. where all of the victims reunited. While they were talking with the deputies, the victims recognized the suspect's vehicle when it drove by the house.

Smith County deputies pursued the vehicle and were able to locate it on County Road 273 and Malisa Circle. Deputies identified the vehicle occupants as Pinkerton and 58-year-old Billy Rae Johnson.

Deputies retrieved an insurance card on the passenger seat of Pinkerton's vehicle that belonged to one of the victims. They located a driver's license and multiple debit and credit cards belonging to the victims beside the vehicle.

Pinkerton was charged with aggravated robbery and is being held on $50,000 bond. Pinkerton has a criminal record in Smith County dating back to 2007.

According to Smith County judicial records, Johnson was arrested for tampering and fabricating physical evidence with intent to impair and two counts of possession of a controlled substance and is being held on a $6,000 bond.

The investigation revealed that Johnson was not involved in the robbery, but is believed to have been picked up by Pinkerton after he fled the scene the first time.

Smith said Pinkerton has made admission to his participation in robbery and believes he is the only participant.