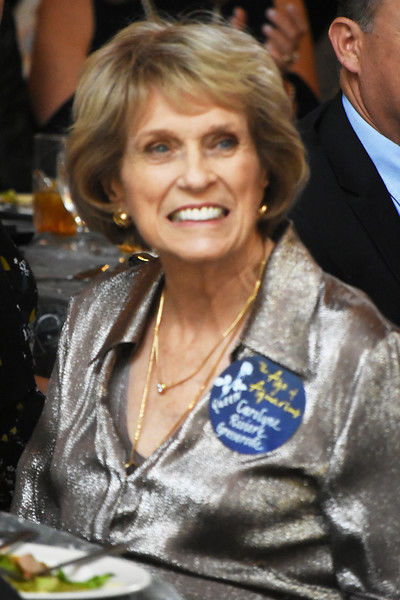 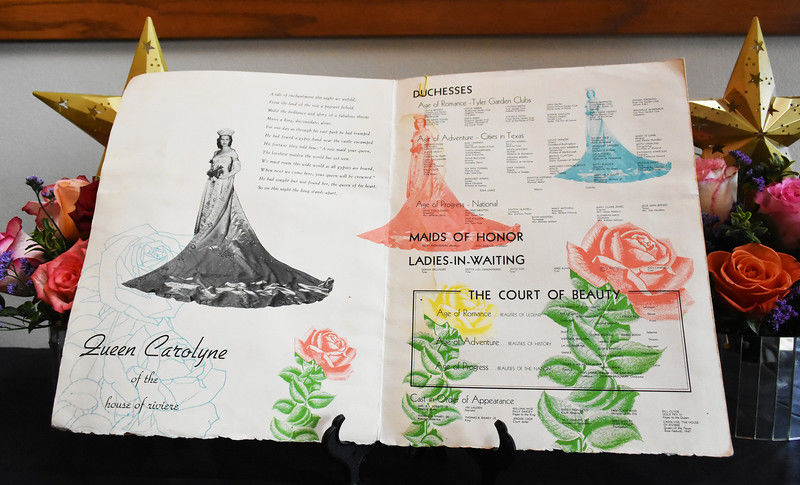 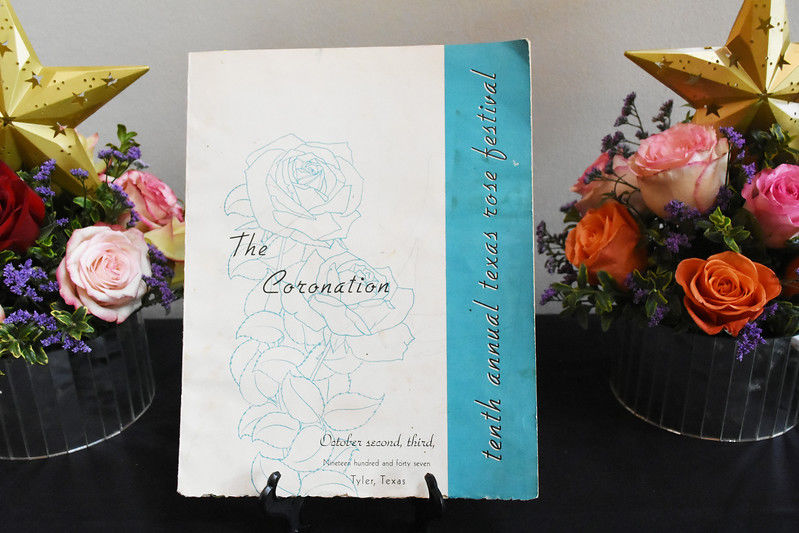 The Texas Rose Festival took a step back in time Thursday when Carolyne Riviere Grosserode shared her experience as the first Rose Queen to reign over the festival after World War II.

The Texas Rose Festival was put back on the calendar in 1947 and Ms. Grosserode, who then was Carolyne Riviere, was asked by Mike Harvey Sr. to be the queen.

Seventy years later, the original program with Queen Carolyne's court sat atop a table between two bouquets of roses during a luncheon at Hollytree Country Club.

The 88-year-old Tulsa woman was the guest speaker at the event for out-of-town guests, dignitaries and chairpersons of Texas Rose Festival events.

"I was ecstatic when they called me and asked to be here," Ms. Grosserode said. "I was happy about them calling me and asking if they could honor me."

Patrick Willis, co-chairman of the event, told the guests the 1947 Queen's Tea was hosted by Ms. Grosserode's mother at their Tyler home where many gathered to see the queen and her court.

Ms. Grosserode's dress, along with a prescription note from her doctor telling her to have a great Rose Festival, are on display at the Tyler Rose Museum.

Her Rose Festival dress was made from fabrics obtained from New York by the Mayer & Schmidt Department Store.

"It was white with silver sequins," Ms. Grosserode said. "My crown was made of fabric because metal was not readily available at that time."

Ms. Grosserode said she always enjoys coming back to Tyler for the Texas Rose Festival.

"It's grown so much," she said. "I'm always happy to see people I know and I recognize their children and grandchildren. It brings back a lot of great memories."