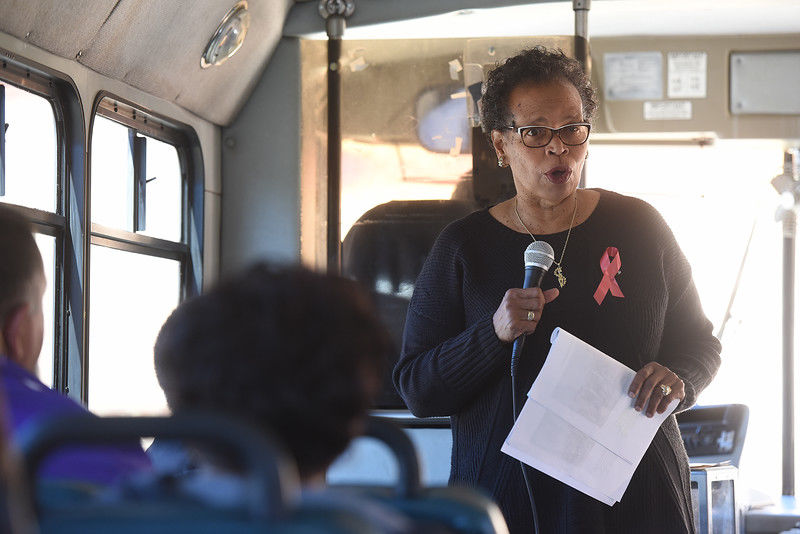 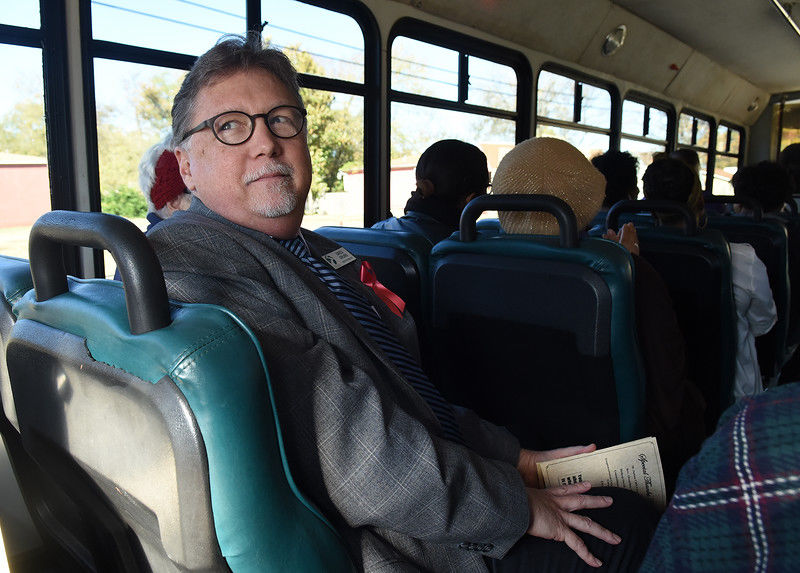 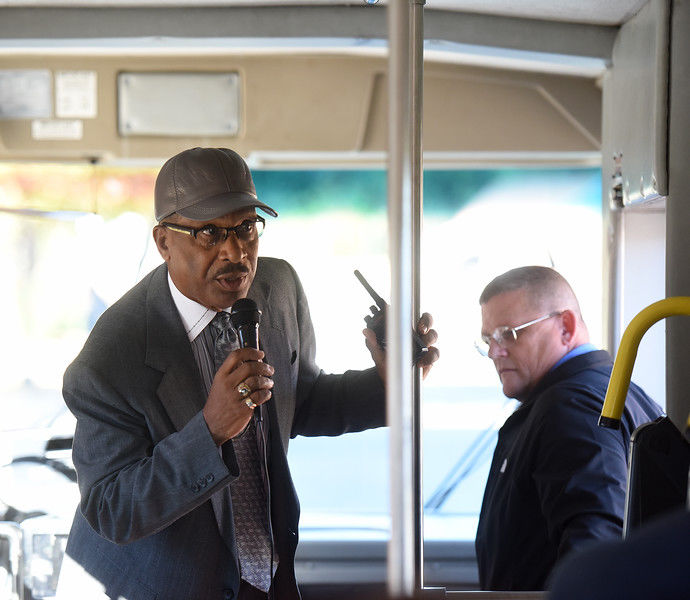 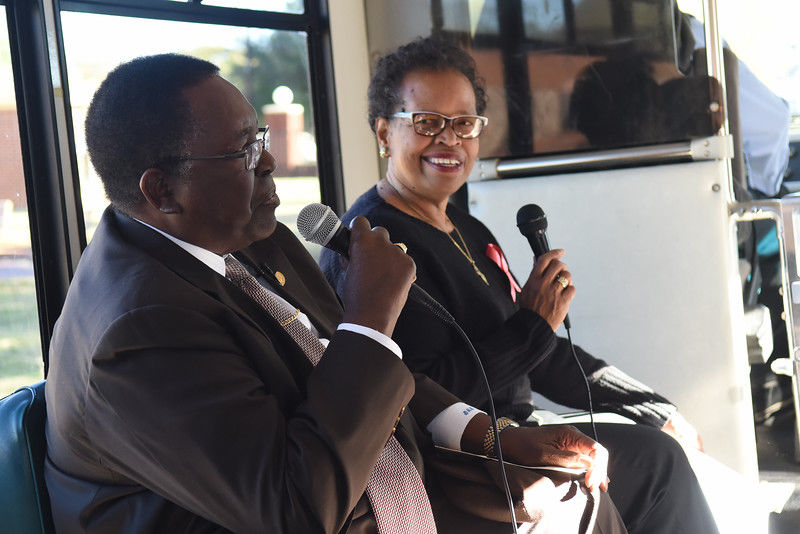 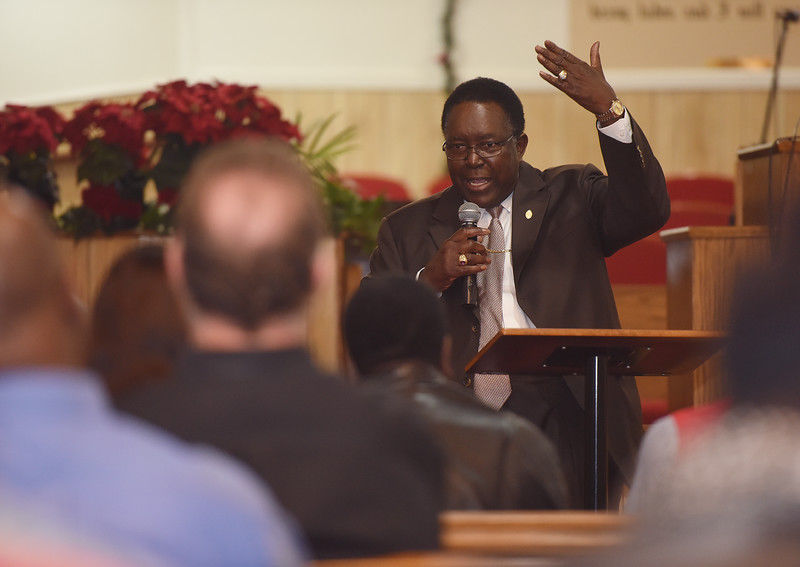 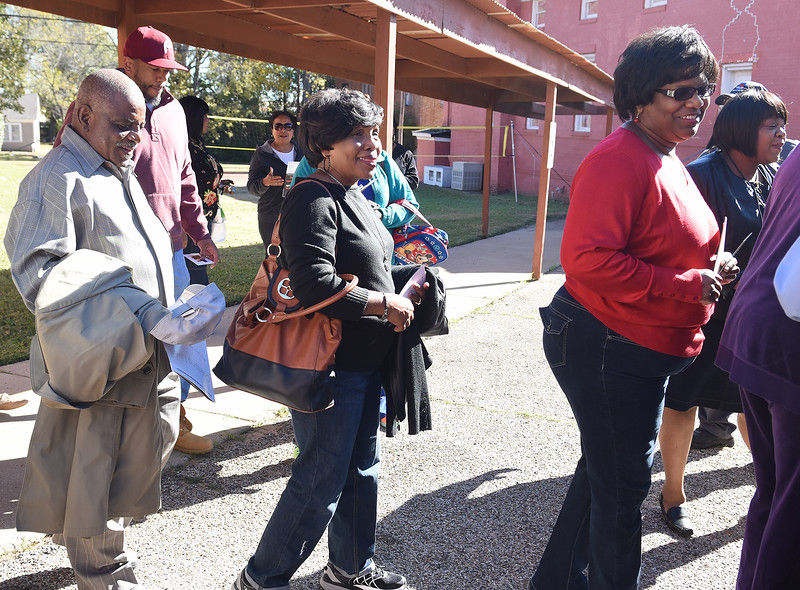 People line up at St. James CME before a bus tour of historic sites in north Tyler in honor of Rosa Parks Day Thursday Dec. 1, 2016. (Sarah A. Miller/Tyler Morning Telegraph) 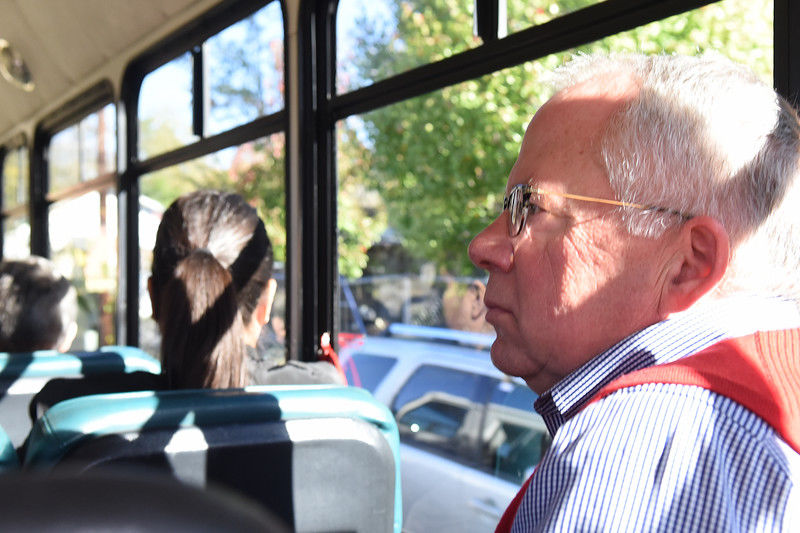 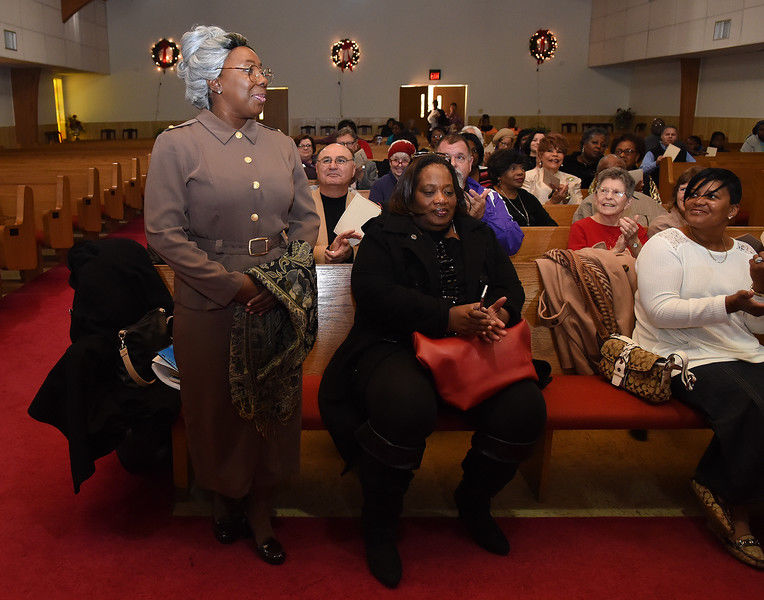 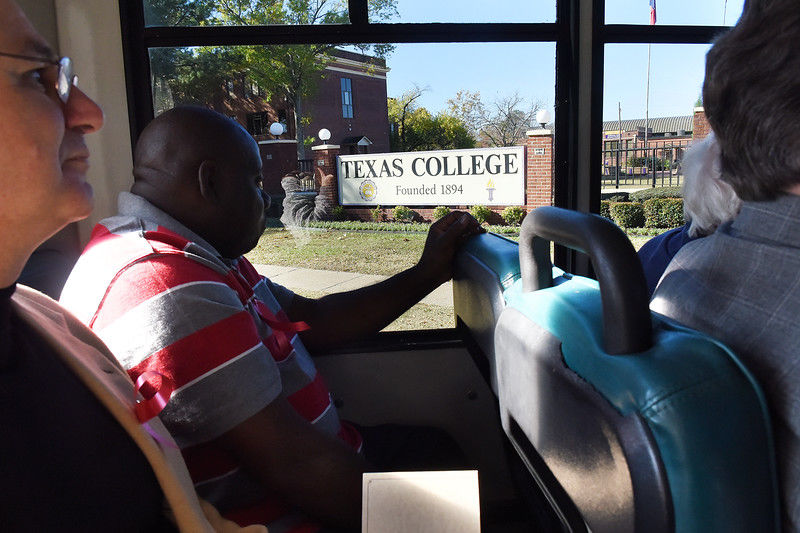 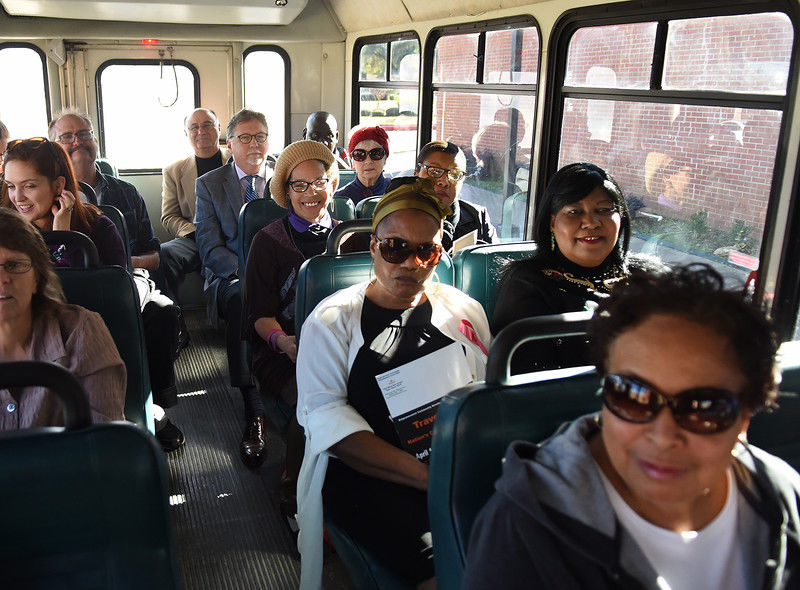 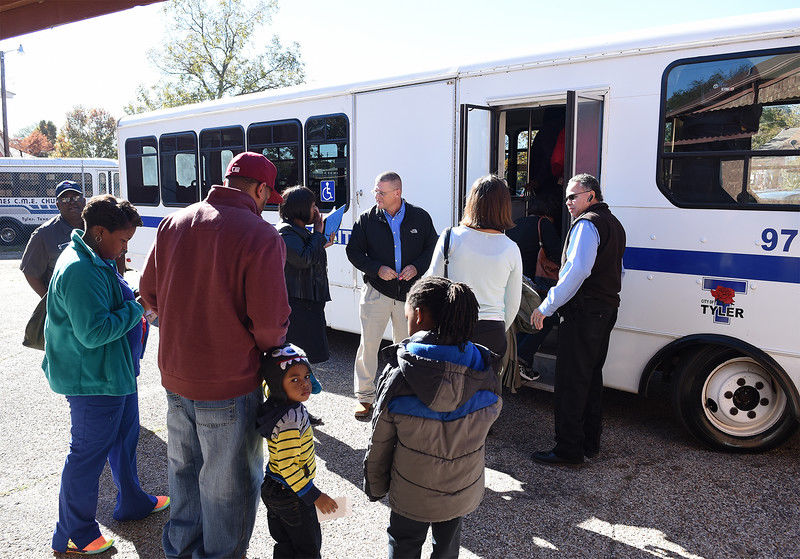 People wait in line to board a Tyler Transit bus at St. James CME for a tour of historic landmarks in honor of Rosa Parks Day Thursday Dec. 1, 2016. (Sarah A. Miller/Tyler Morning Telegraph) 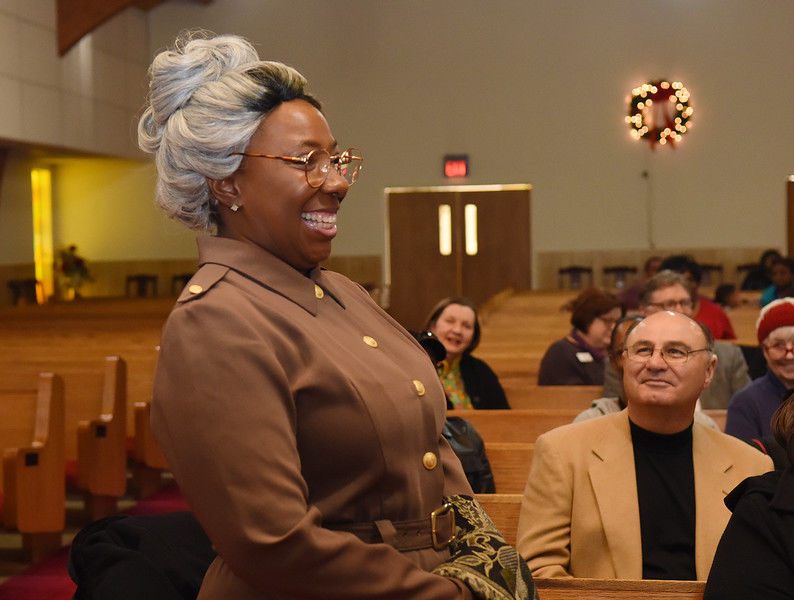 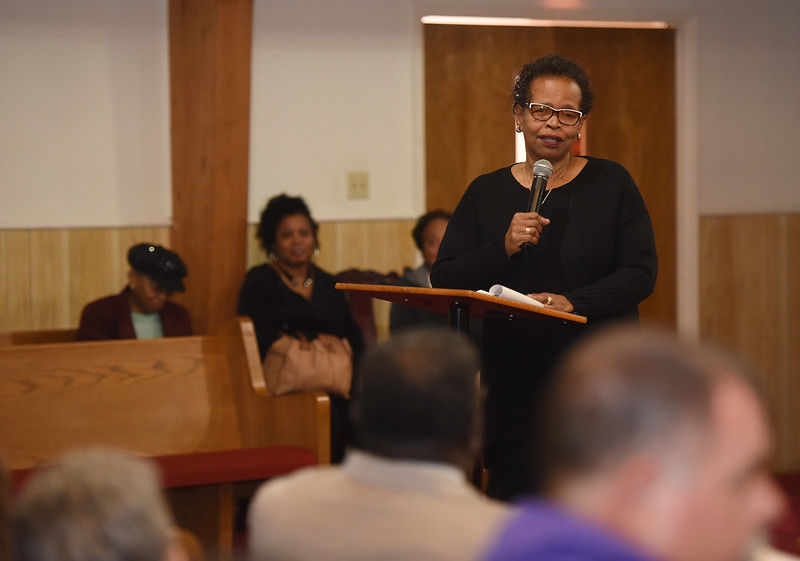 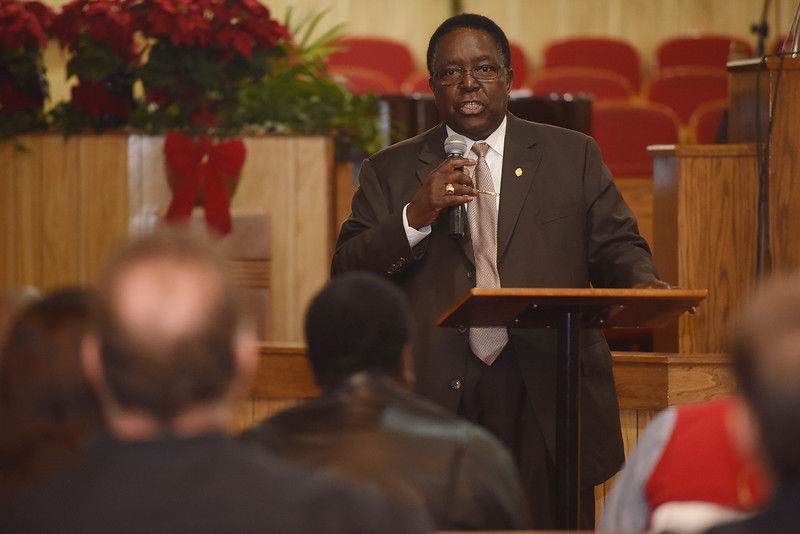 People line up at St. James CME before a bus tour of historic sites in north Tyler in honor of Rosa Parks Day Thursday Dec. 1, 2016. (Sarah A. Miller/Tyler Morning Telegraph)

People wait in line to board a Tyler Transit bus at St. James CME for a tour of historic landmarks in honor of Rosa Parks Day Thursday Dec. 1, 2016. (Sarah A. Miller/Tyler Morning Telegraph)

One person can change the world, and it doesn't take money or power to make a positive impact on history.

Sixty-one years ago, Rosa Parks refused to give up her seat and move to the colored section at the back of the bus.

She was arrested for civil disobedience, but the mother of the freedom movement's message continued on. Rosa Parks Day is commemorated annually to honor the courageous woman.

Rosa has a symbolic seat reserved on every Tyler Transit bus on Thursday - at the front - and a group gathered at St. James CME Church, 408 N. Border Ave., to commemorate Ms. Parks, the civil rights movement and the cultural changes in Tyler.

"It's amazing all the honors she has received even after her death," Bishop David Houston said. "Things are named for her because of the position she took standing up for human dignity. Rosa Parks, we thank you."

The Rev. Orenthia Mason, pastor at St. James, said it was appropriate to commemorate Ms. Parks in the church because it was one of the first African-American churches in Tyler.

"I sat on the back of the bus," the Rev. Mason said, adding she grew up in Tyler. "Then I walked downtown, I had to step aside (to let a white person pass). Look at us now - able to work together, hand-in-hand to make this city of Tyler. … You can't fight and get things done. You have to learn to work together."

Attendees then boarded a Tyler Transit bus and drove through north Tyler.

"History, no matter how ugly it was, is still history," the Rev. Mason said. "I truly believe America isn't the same that she was, and in that aspect I'm proud to be an American, and I'm proud to see the change."

The Rev. Mason and Bishop Houston narrated how the area used to look. Both grew up in a segregated Tyler.

"Bow Street was considered to be north Tyler," he said. "In Tyler, like most cities, you had two societies - one black and one white and they didn't really meet," Houston said.

The community was close.

"Since we were segregated, everything we needed, we had in this community," the Rev. Mason said. "You were safe in your neighborhood. The community was a community - everyone looked out for everyone else's children. We were close."

The bus passed through "the cut," along Palace Avenue, which used to be a bustling economic center for the African-American community.

"This was the spot," Houston said. "We didn't have TV. Our entertainment was on the street - meeting, talking and greeting."

Those streets were simple dirt roads, he added.

Houston recalled the old shops by name, pointing to buildings and home lots that used to have a variety of African-American owned businesses.

They pointed to the location of the former Emmett J. Scott High School, and drove through Texas College, a historically black college and university (HBCU).

The college was founded in 1894, and at one point had the only auditorium and basketball courts the community could use.

"It's always important to remember where you come from," the Rev. Mason said. "So as we drive through the city, we remember these are the people, men and women, who made us who we are today."