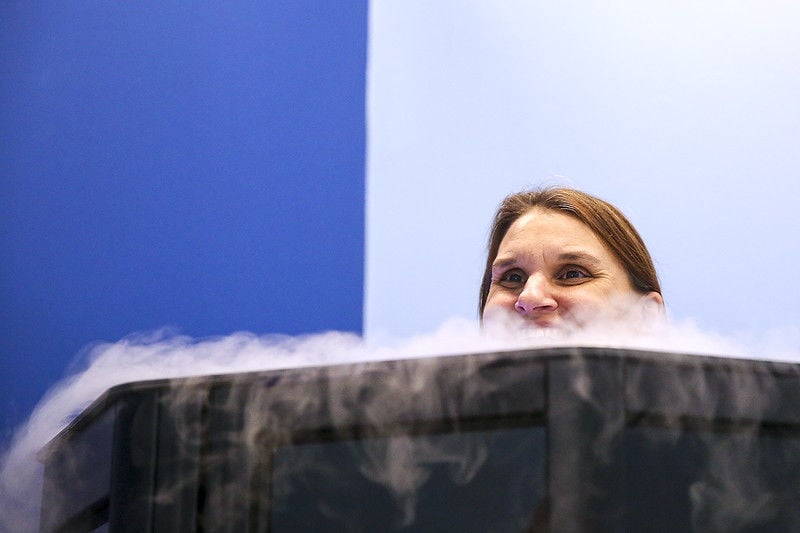 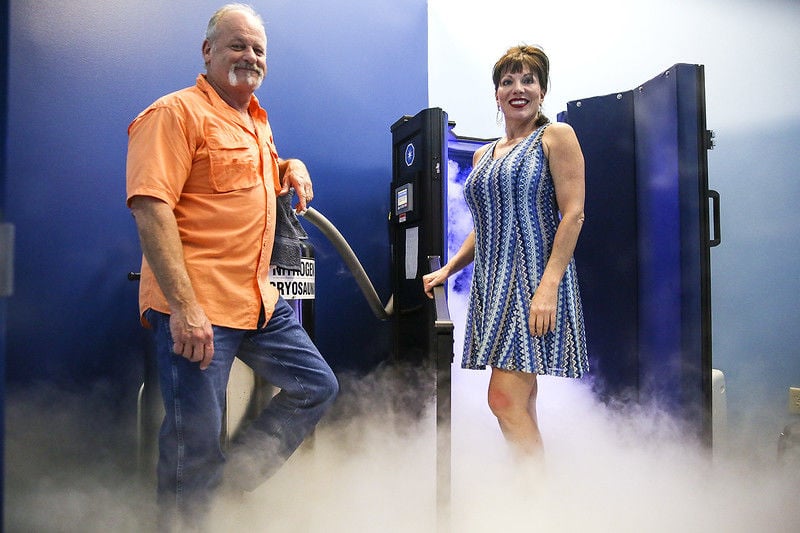 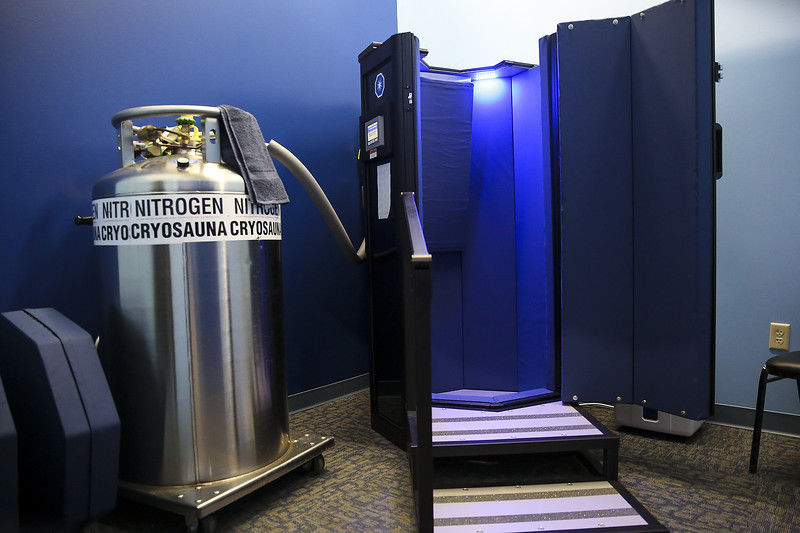 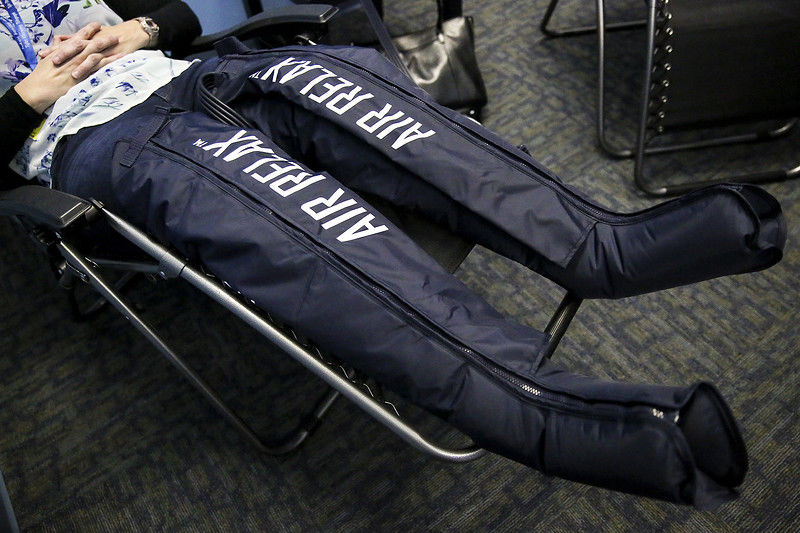 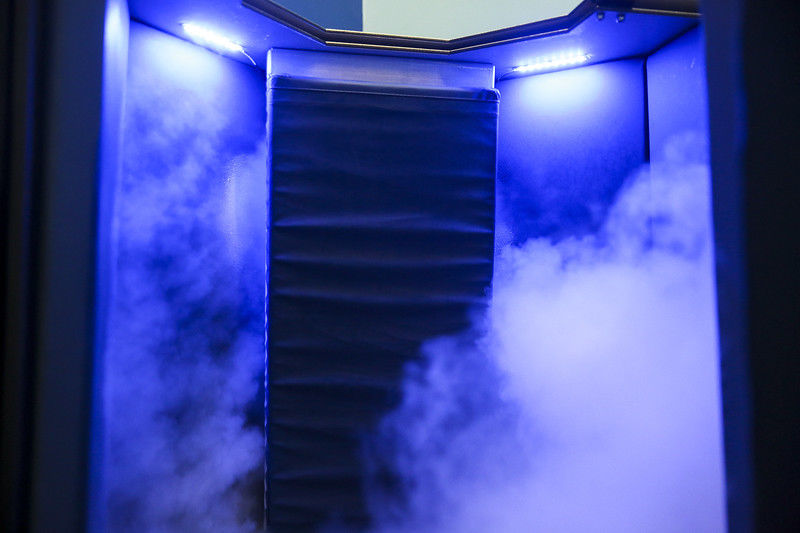 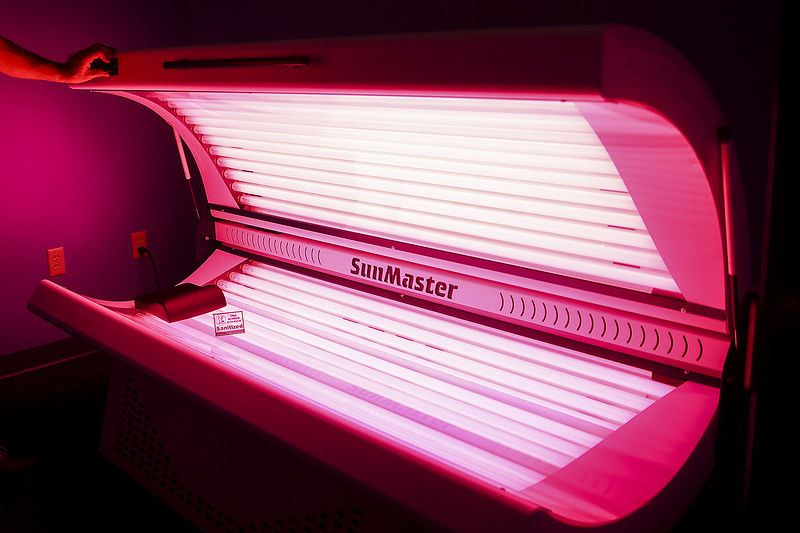 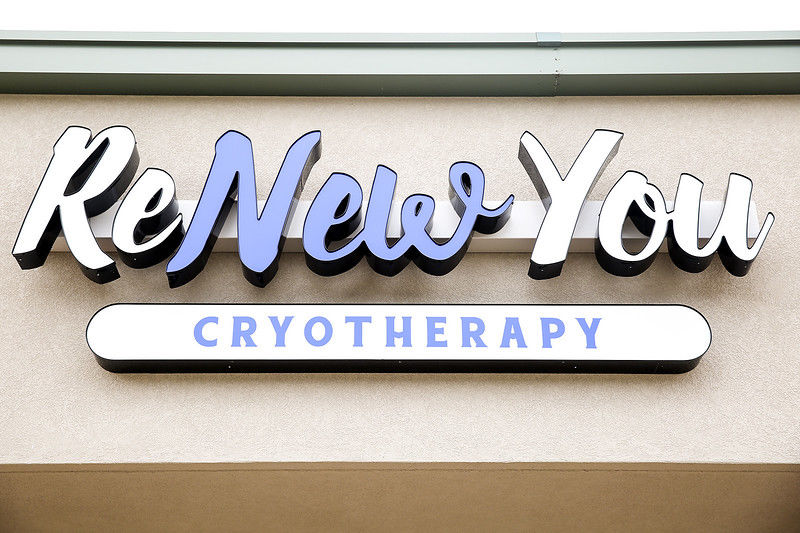 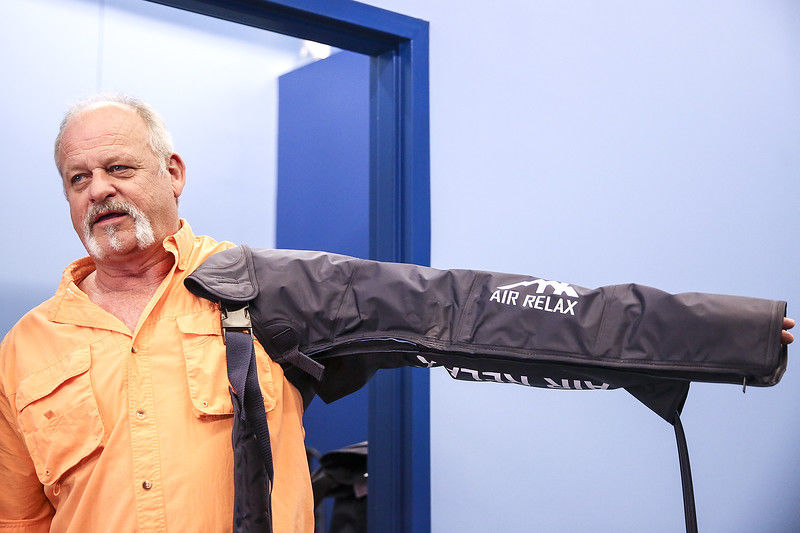 When the doors of the cryotherapy cryosauna open, the cold air exits in white pillowy swirls, enveloping the client like a cloud – from the top. It feels like a cold winter day.

The nitrogen vapor immediately begins to lower the temperature of the skin when a client steps into the chamber. For three minutes, clients stand in the chamber and gradually turn around. Arms and legs feel it first and most - and then the torso.

Cryotherapy is said to relieve muscle soreness, chronic pain, inflammation, sunburn and many other conditions associated with inflammation and pain. It can provide benefits for skin, hair and nails.

"I have arthritis, had both knees replaced and shoulder surgery," said Kenneth Shepherd, the owner of the new ReNew You Cryotherapy. "I was taking pain killers and going to a chiropractor. I tried cryotherapy and it worked for me. I felt better and could lift my arm above my head."

Shepherd opened ReNew You Cryotherapy on Dec. 17 in the Gateway Towers shopping center on Old Bullard Road in Tyler after a career in the oil field and the sale of another business. He researched cryotherapy machines and decided on the Impact Cryotherapy chamber.

"It's made in the U.S. and it was featured on the television show Shark Tank," Shepherd said. "Representatives came out to train us on the system."

"When the temperature of the skin drops, the blood moves away from the extremities and toward the core," Shepherd said. "The blood oxygenates and fills with nutrients very quickly while the extremities get colder."

Cold therapy has been a way to treat injuries and inflammation for centuries. Impact Cryotherapy's brochure says cryotherapy began in Japan in the 1970s as a way to treat rheumatoid arthritis.

ReNew You has two other therapies that address inflammation and feature compression therapy and red light therapy.

Compression therapy allows a client to sit while they wear inflatable compression sleeves on their legs, arms or around their waist.

"The compression sleeves are primarily for sports-related use," Shepherd said. "They compress muscles and remove lactic acid from the muscles. It provides relief for lymphatic symptoms and restless leg syndrome."

The red light therapy bed resembles a tanning bed. A client lies in the bed and the red light release energy to the skin and body.

"It's great for the skin," Amy Hunt, ReNew You manager said. "It has a lot of benefits for eczema, psoriasis and cellulite."

ReNew You offers single visit pricing and monthly memberships that include all the treatments and services. They are conducting fundraisers with local schools and providing discounts to all first responders.

"There are many safety features built into the cryotherapy chamber," Shepherd said. "We stay with the clients the entire time."

Pregnant women are advised not to do cryotherapy. People with blood clots, uncontrolled high blood pressure, open wounds, illnesses, or cardiovascular devices should not do cryotherapy. Few side effects are reported from the therapies.

"It's a natural healing process," Ms. Hunt said. "It's a fabulous way to naturally heal the body. It's a great anti-aging process. It's terrific for overall well-being."