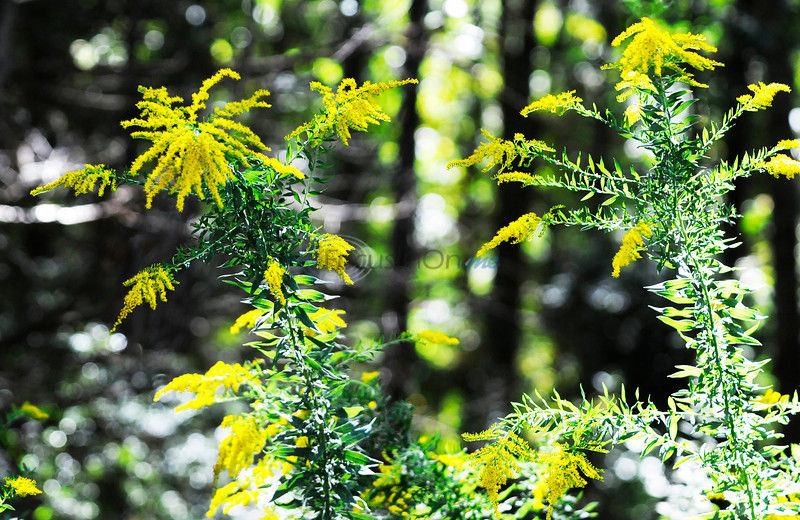 Ragweed shines in the sun its pollen ready to bring misery to millions of people in East Texas. Herb Nygren JR 100813 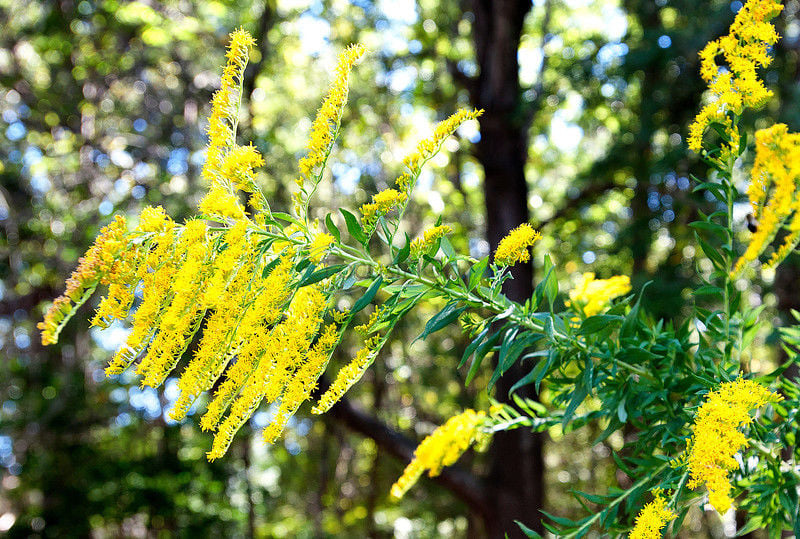 Ragweed shines in the sun its pollen ready to bring misery to millions of people in East Texas. Herb Nygren JR 100813

Janis Johns has had her share of allergy problems in the last couple months.

The 52-year-old, who worked for BNSF Railway in Fort Worth and recently moved back to the Tyler area, said she sneezed constantly all day long, and nothing helped.

"It's pretty debilitating. It stops you from doing things and living your life," she said.

She finally found some relief thanks to a steroid shot, and said she's been better in recent weeks.

Ms. Johns is not the only person who deals with allergies in the fall, much of it caused by a pesky and prolific plant called ragweed.

Botanist Jimmy Rozell said the ragweed season starts anywhere from mid- to late August and begins to trail off when the first frost hits.

What's unique about ragweed, he said, is that it's pollinated by wind and produces huge amounts of pollen, which ensures pollination can occur. However, he said, humans become the unexpected victims of their attempt to achieve pollination.

Rozell said there are two general types of ragweed in the area - giant and common. He estimated that the giant plants grow 18 to 20 feet tall and produce more than one million pollen grains per day.

But he said it might only take one or two pollen grains to trigger allergy symptoms.

In East Texas, the weeds are frequently found in creek beds or other places in the summer where they can get some water, Tyler allergist and immunologist Dr. Jack Harris said.

Allergist and immunologist Dr. Jonathan Buttram, with UT Northeast, said people will see ragweed the most if they drive out in the country, but they can also find it in town on the side of the road.

Additionally, he said, the pollen grains can travel miles and miles with the wind.

Buttram said he's certain that someone has found a use for the plants, but he believes people view ragweed as a nuisance more than anything else.

"Most of the time, what people will associate (with ragweed allergies) is sneezing, itching, runny nose and congestion," he said.

People can also have red eyes, and for those with asthma, ragweed can cause symptoms to worsen, he said.

Additionally, he said, ragweed can cause issues for those with allergic skin problems.

But overall, the most common side effects of ragweed allergies are likely symptoms related to the nose and eyes, Buttram said.

"The people who have those symptoms in September (and) October are usually allergic to weed or ragweed. People can get pretty miserable with ragweed," Harris said.

Although ragweed allergies can cause a variety of symptoms, doctors did make some recommendations.

For instance, Buttram encouraged people with ragweed allergies to keep their car windows up and air conditioning on while driving, and to keep doors and windows closed at home.

He said those who are sensitive to the allergies also should take a shower and wash their hair after spending a lot of time outdoors in order to get rid of any particles. He also encouraged people who are highly allergic to wash their clothes when they come inside from a long day outdoors, and to wash their pets regularly if the animals come in and out of the house a lot.

Currently, Rozell classified the pollen count as "moderate for this time of year."

It's "not extraordinarily high, but they're becoming elevated more and more," he added.

Rozell said the pollen count depends on the time of day as well as weather conditions.

For instance, there are higher counts when it's warmer or windy, or after a cold front, he said.

When there is a lot of moisture early in the year, it also can result in a lot more ragweed growing and producing pollen at end of season, he said.

"We had moisture early then went through a drought," he said. "Now, we're seeing results of an early wet spring. A lot of times you can kind of predict based on early conditions of the year."

According to eattheweeds.com, ragweed in not a total villain.

In fact, Native Americans once cultivated it, though no one knows why it fell out of favor, according to the website. They would grind the seeds and bring them to boil in water. The oil would float to the top and then was ladled off.

The website goes on to suggest that perhaps ragweed deserves another chance.

"That's an energy powerhouse despite the size," the site states. "The seed oil is edible, and at least one person alive today has eaten a small hand full of seeds.

"They taste like wheat brand. In excess of 5,000 seeds can be produce per plant … It might be a lost grain. Ragweed oil is on par with soybean oil, and the plant produces about the same amount as soybean, one-fifth the seed weight.