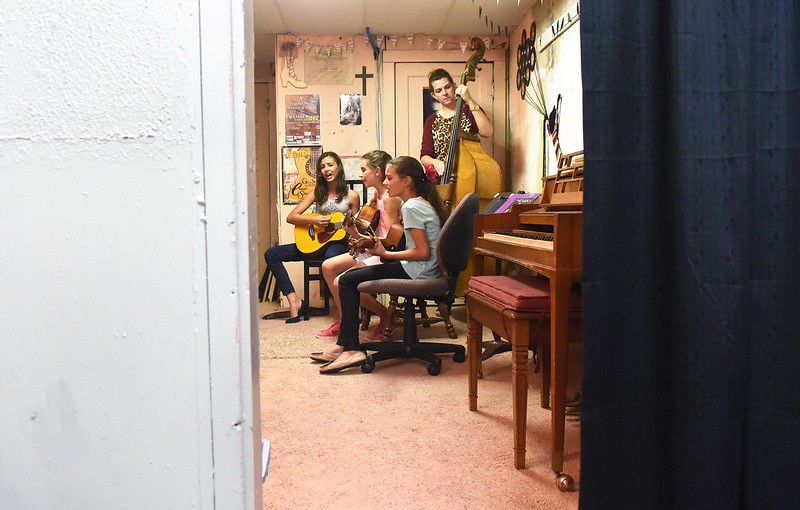 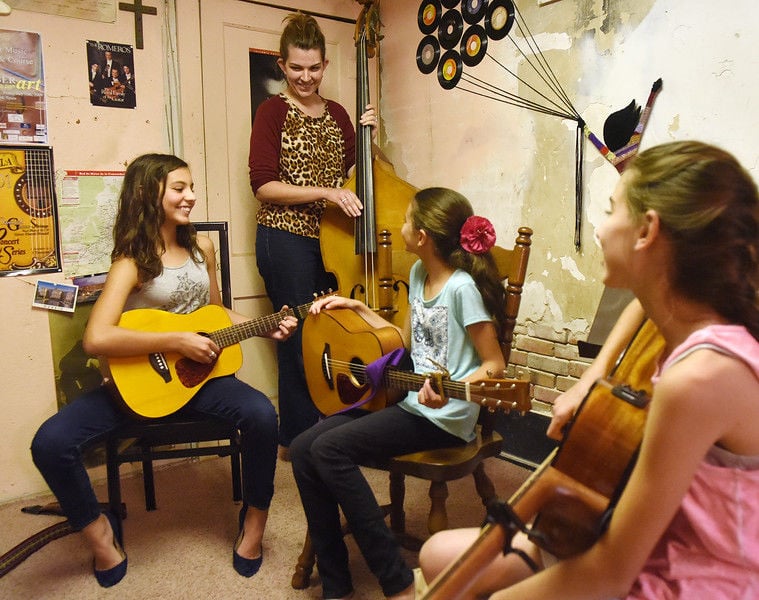 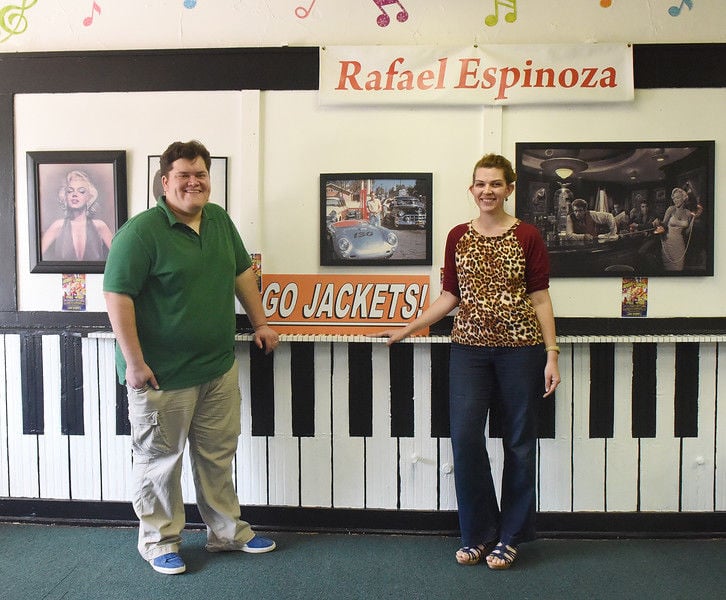 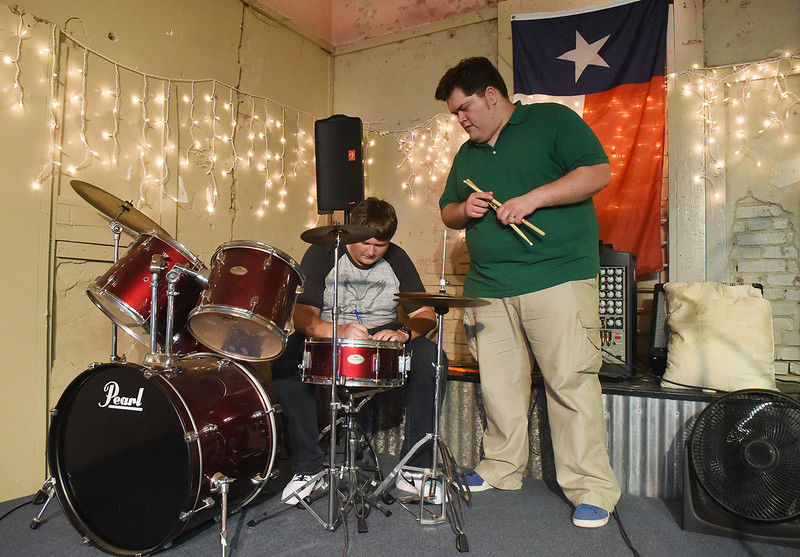 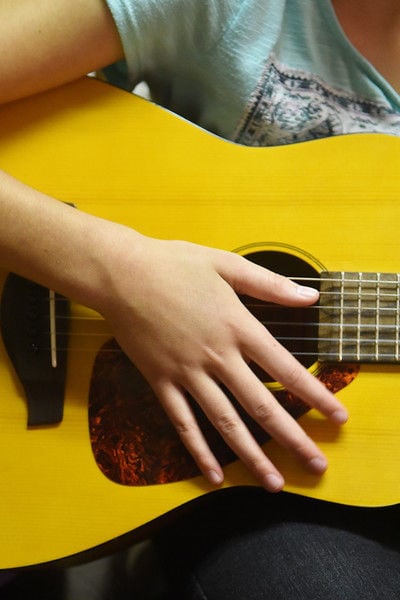 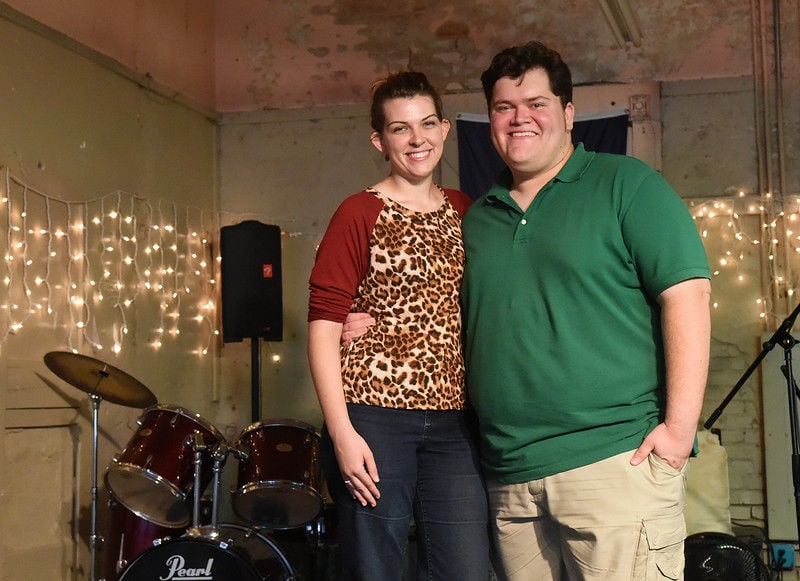 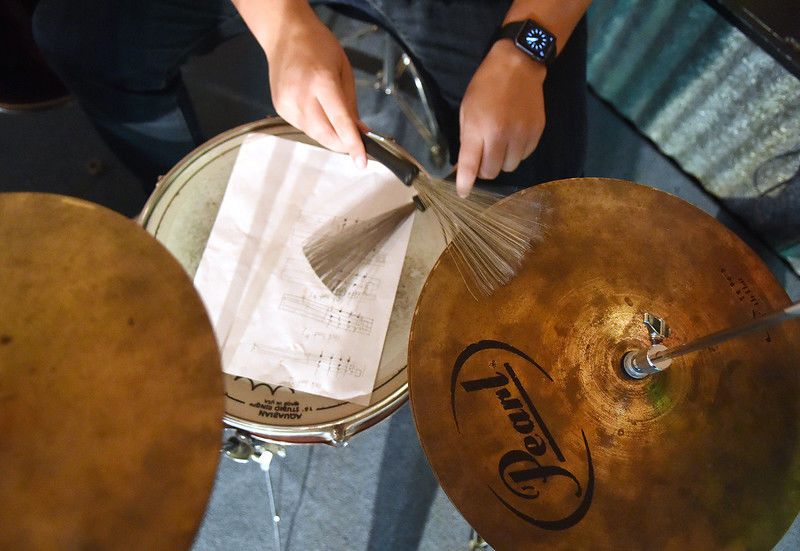 MINEOLA - When Rachel Donnelly and her husband moved to Mineola from the Dallas area, she was looking for an opportunity for her three daughters to continue pursuing their love of music and their piano lessons and was glad to learn of a music academy in town.

The sisters, 14-year-old Olivia, 12-year-old Sophia and 11-year-old Zoe, attend the Rafael Espinoza Music Academy for guitar lessons. Their harmony can be heard coming from a small room in the back of a historic building in downtown Mineola, where Emmylou Espinoza teaches them classical guitar and accompanies them with her upright bass.

“We got our guitars and didn’t know how to play them,” Zoe Donnelly said. “It’s fun to play, and now we can play together.”

“We have 30 to 40 students we teach,” Rafael said. “We teach 8-year-olds and older, and we do group classes. It’s important to have an outlet here. Most of our students are from Wood County. Some drive out here from Gilmer and Quitman.”

Espinoza, a graduate of Alba-Golden High School, a Tyler Junior College alumnus and a Berklee College of Music graduate, doesn’t just teach. He’s also a performer, as is Mrs. Espinoza, a Bullard native and TJC alum, who plays and performs with her family’s gospel music band, The Hubbard Family.

“There are a lot of ‘bedroom performers’ out there that don’t play their music for anyone,” Rafael said. “That’s something we strive to do here is to get people to perform, play in public and share their talents.”

“We have a lot of families, brothers and sisters who come here. When we can teach them to play together, it’s a very positive experience,” Mrs. Espinoza added. “We’re able to teach them how to work together and harmonize so they can go home and work on it together. It creates lifelong memories and even career opportunities.”

Most of the Espinozas' students are involved in music in school or have taken piano lessons. The Espinozas work with the kids and adults to decide what genre of music they feel the most comfortable playing.

“It’s a mission of ours to expose our students to many genres of music,” Mrs. Espinoza said. “Thirteen-year-olds don’t know what kind of music they like, so, they’re open to suggestions, and we can introduce them to the Beatles, blues and rock in a band setting with a guitar and bass.”

“As a kid, I thought, if I could play like Chuck Berry and sing like Elvis, I would have something going on,” Espinoza said.

Mrs. Espinoza said she discovered her love of classical guitar through bluegrass and traditional country music. Her musical influence came from The Isaacs, Buck Owens, Emmylou Harris and Bob Dylan.

Espinoza’s third record is coming out this fall. His previous works, “Golden” and “Brighter Day,” are available on Itunes. Espinoza brought in recording equipment to his Mineola location and recorded the album there.

“This is pretty special,” Espinoza said. “The others were school projects and learning experiences. This is something I recorded here at the academy. I’d like to release it around Halloween at The Downtown Mineola Block Party.”

The Espinozas have put on several live shows in and around Mineola. His love of historical music events gives him the inspiration to create shows and concerts that coincide with anniversary dates of performances or a performer's passing.

Last summer, a sold-out crowd at the Mineola Civic Center watched the Espinozas' rendition of the “Million Dollar Quartet,” featuring music from Johnny Cash, Elvis Presley, Jerry Lee Lewis and Carl Perkins. The “Million Dollar Quartet” also is a musical that can be seen in Las Vegas and Branson, Missouri. It’s based off the chance meeting of the four musicians at Sun Records in Memphis, Tennessee, and their impromptu recording session in 1956. The East Texas show featured local musicians, including Espinoza and longtime East Texas DJ Tom Perryman.

SEE THE ESPINOZAS IN CONCERT

Raphael Espinoza will perform music by Jimi Hendrix and Eric Clapton, 50 years to the day after Clapton and his band, Cream, met up with Hendrix in London.

Concerts from 4 to 9 p.m., Oct. 29, at the Mineola Iron Horse Festival, downtown Mineola

Rafael’s Rockabilly Railroad will perform in an event featuring comedy and a variety show. Other performances will include Kadie Lynn, Heather Little and Chris Colston.