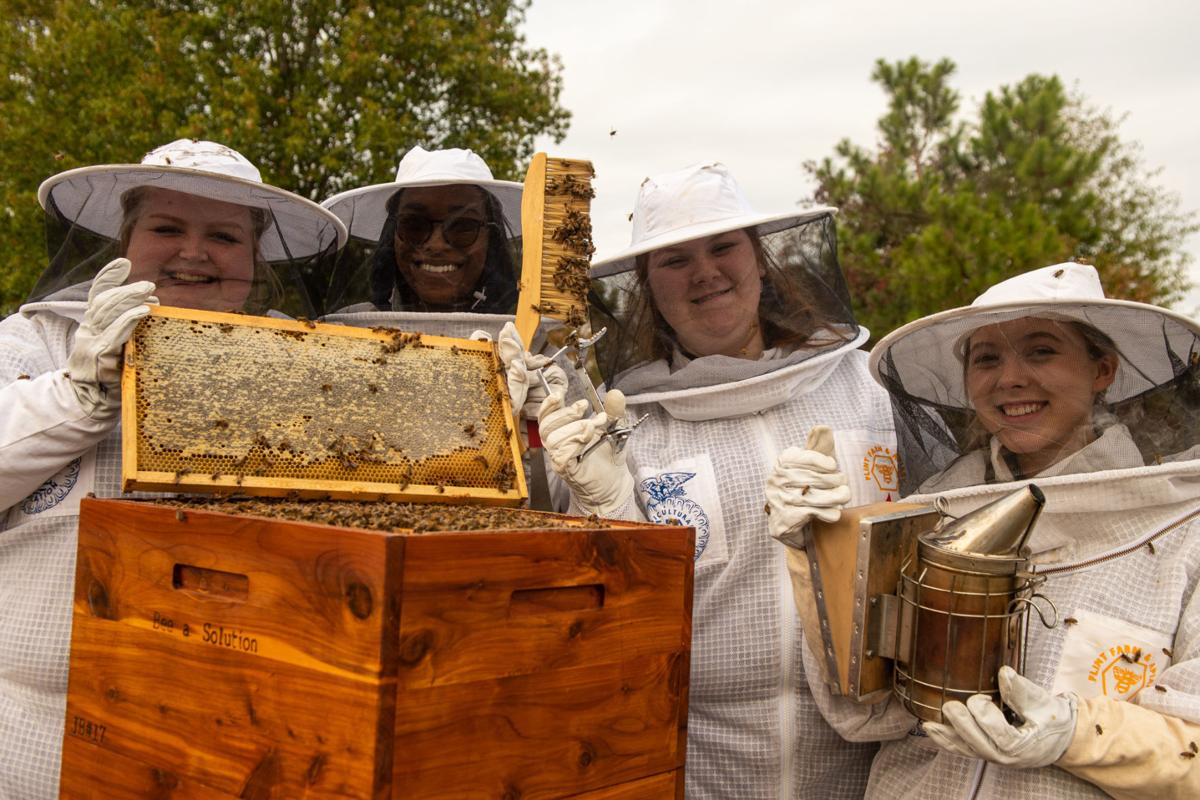 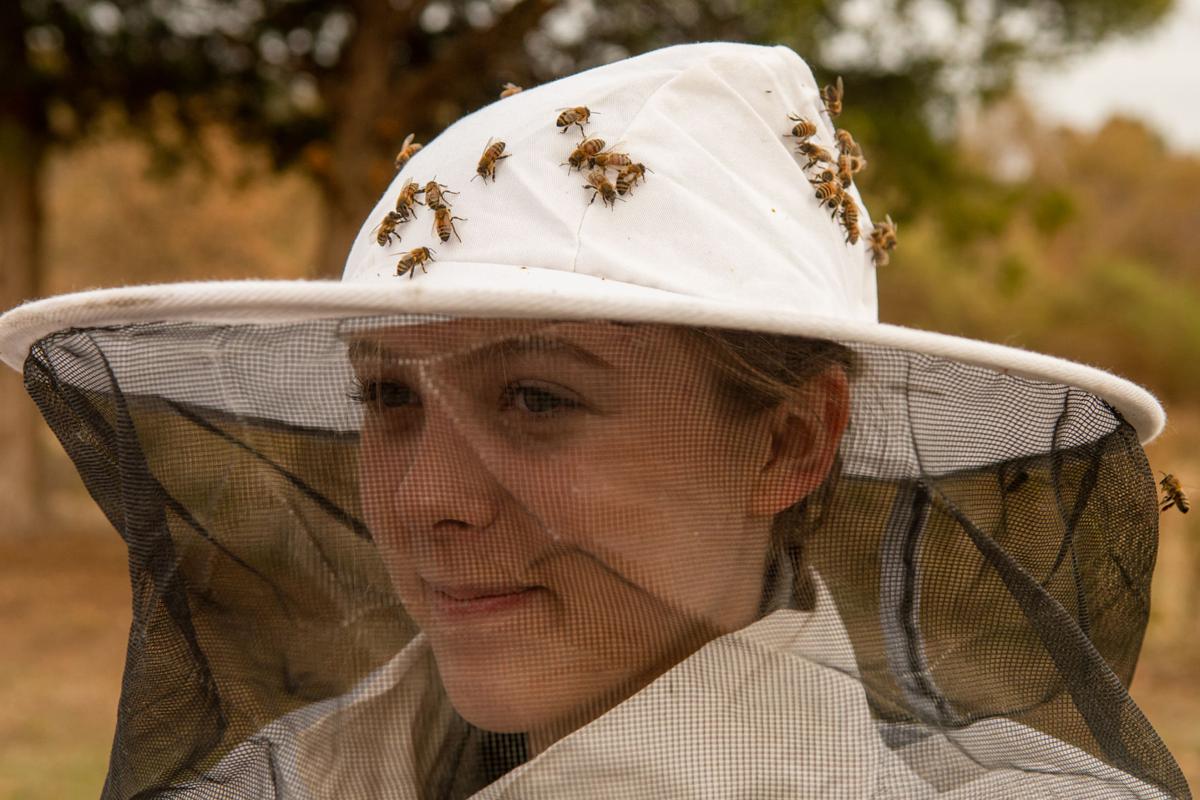 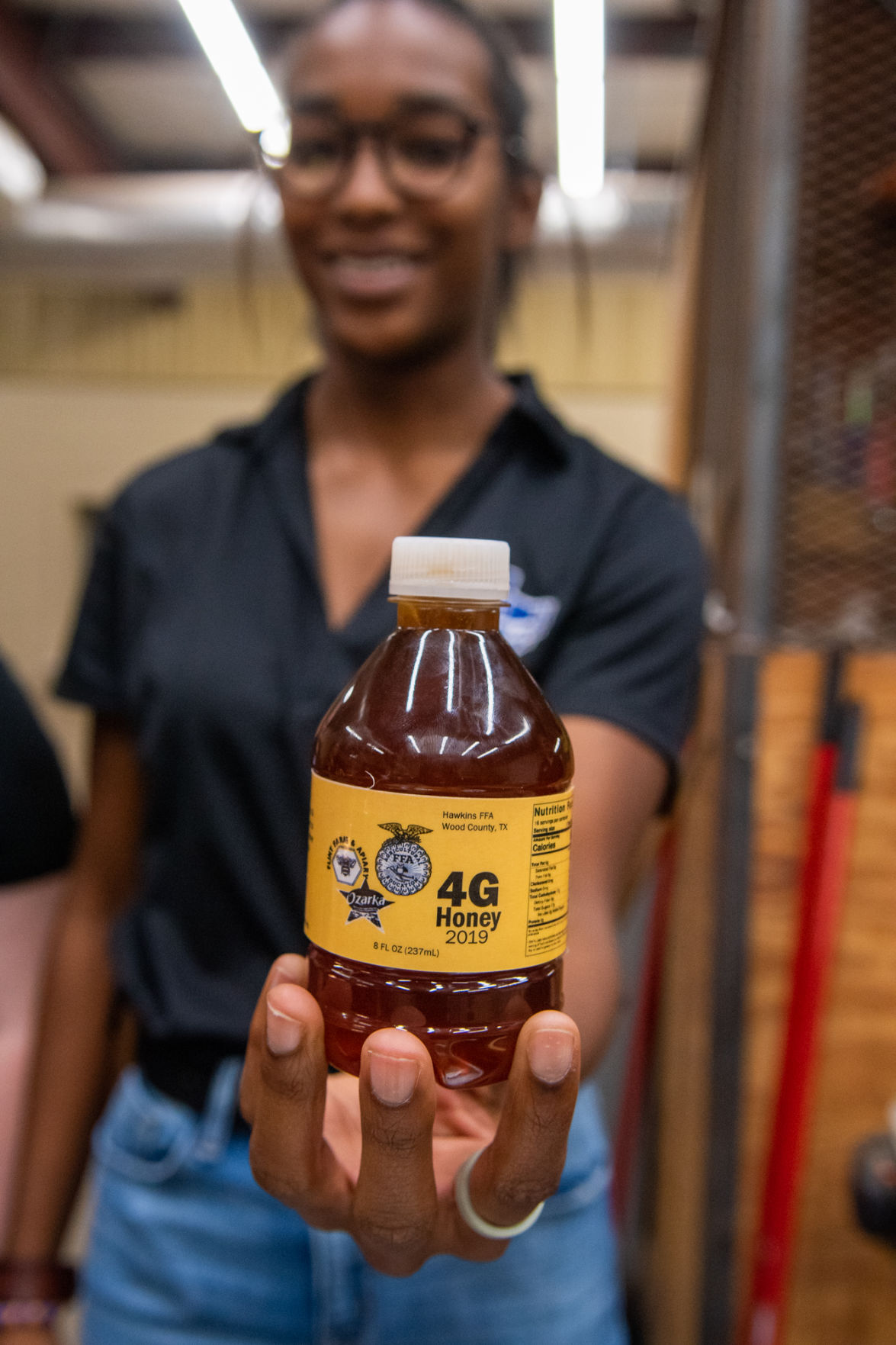 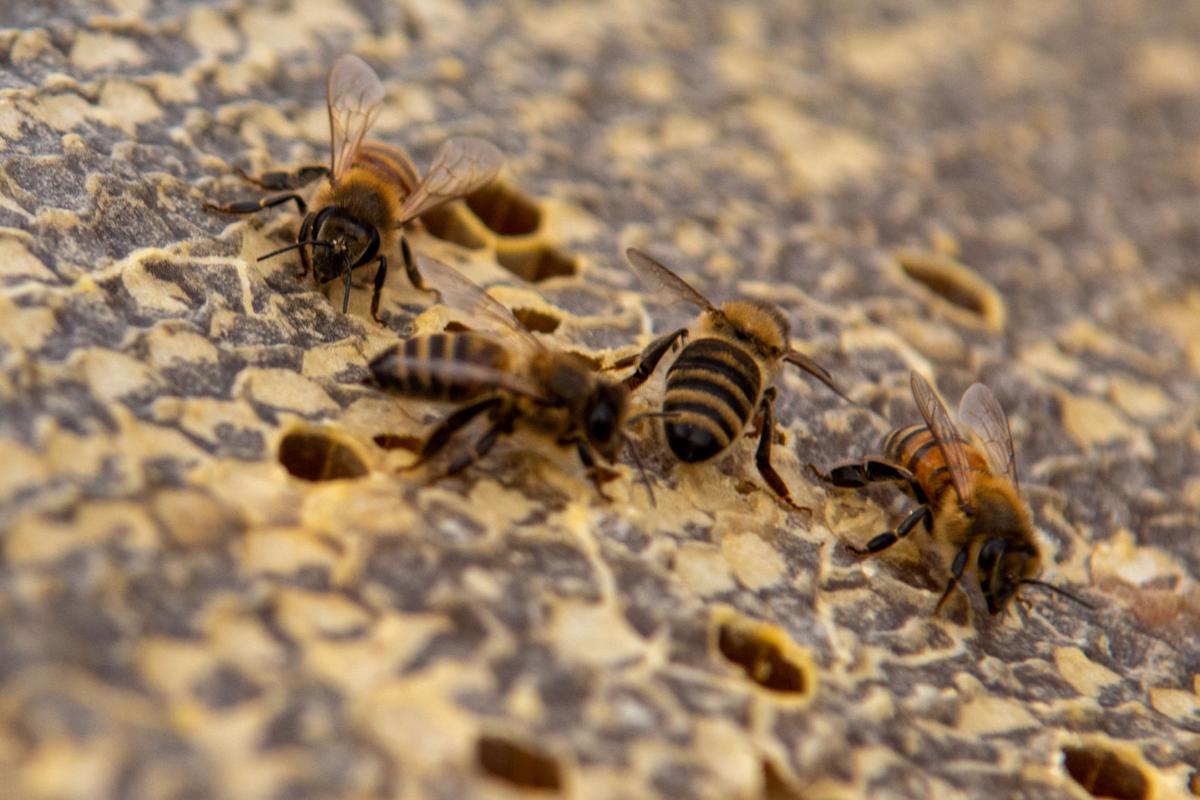 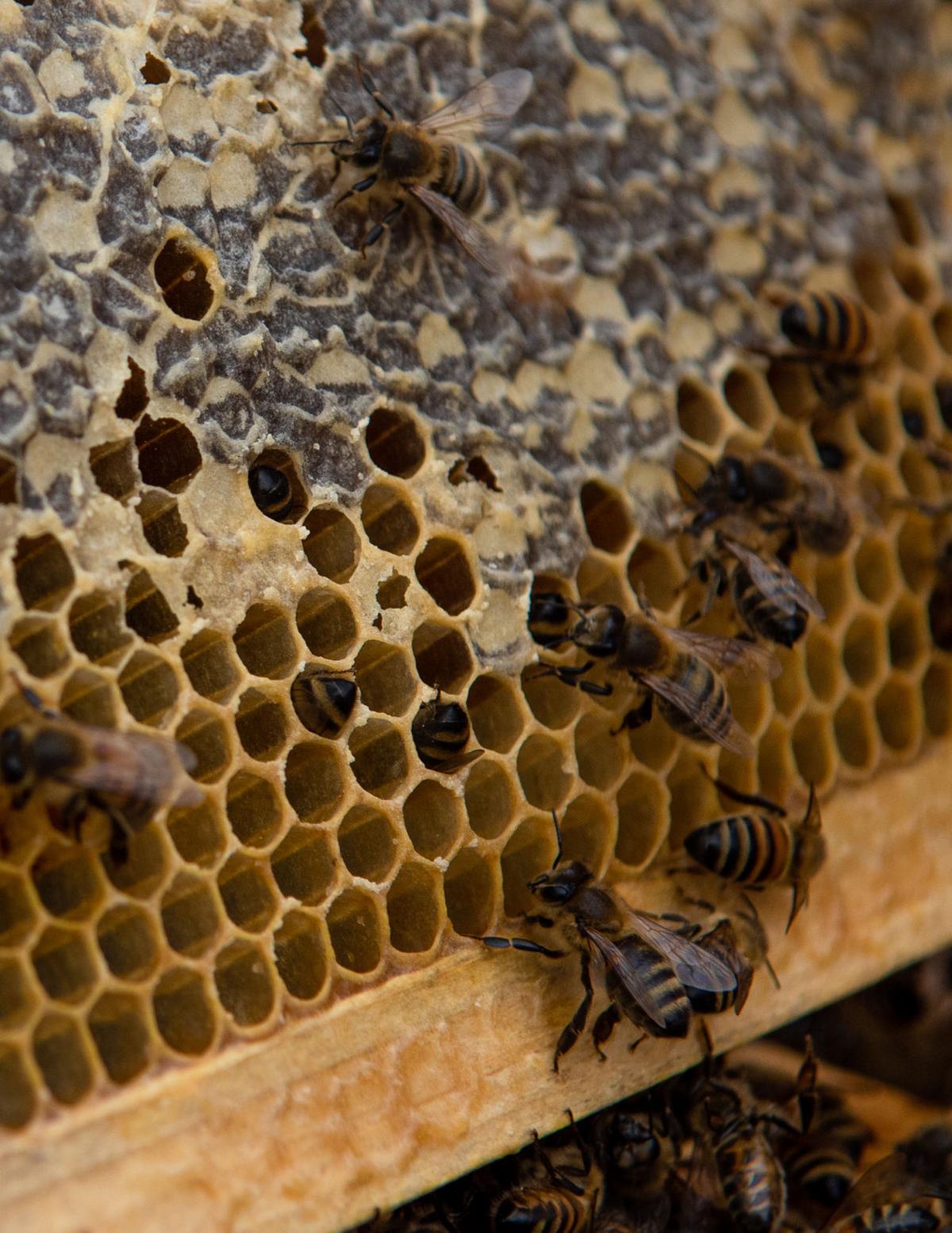 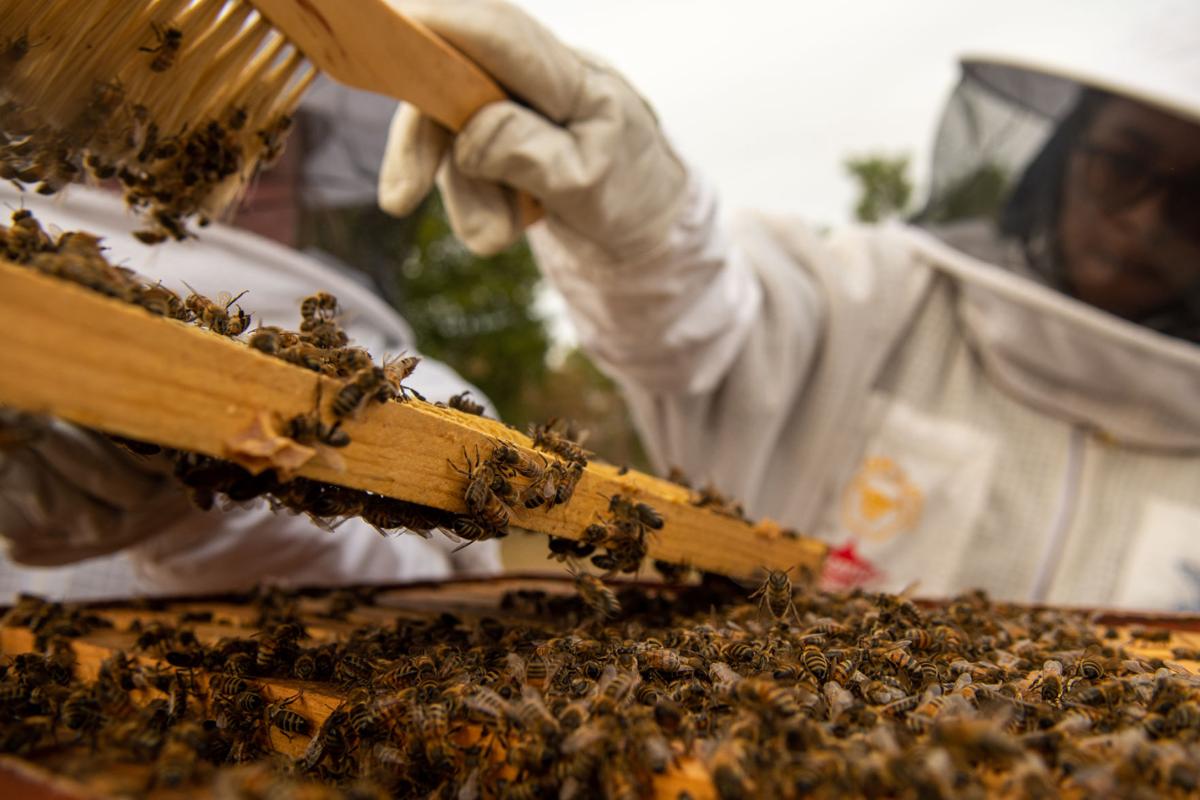 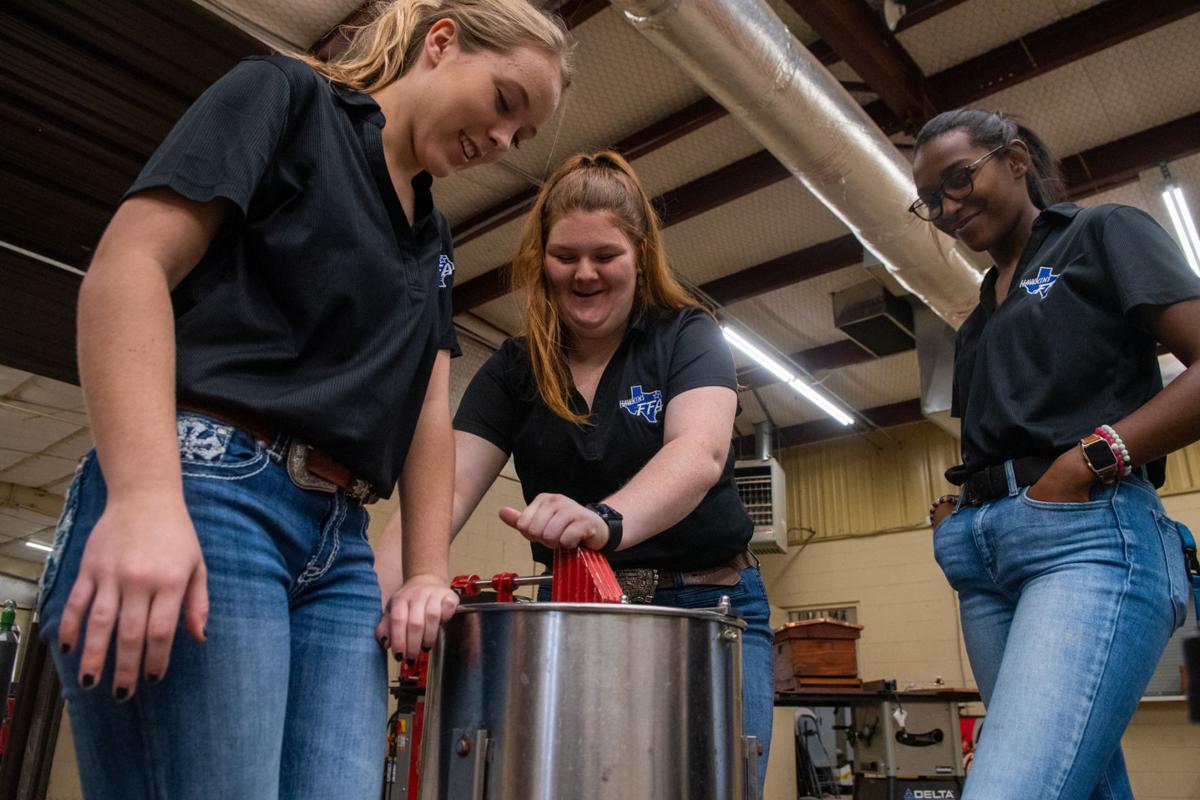 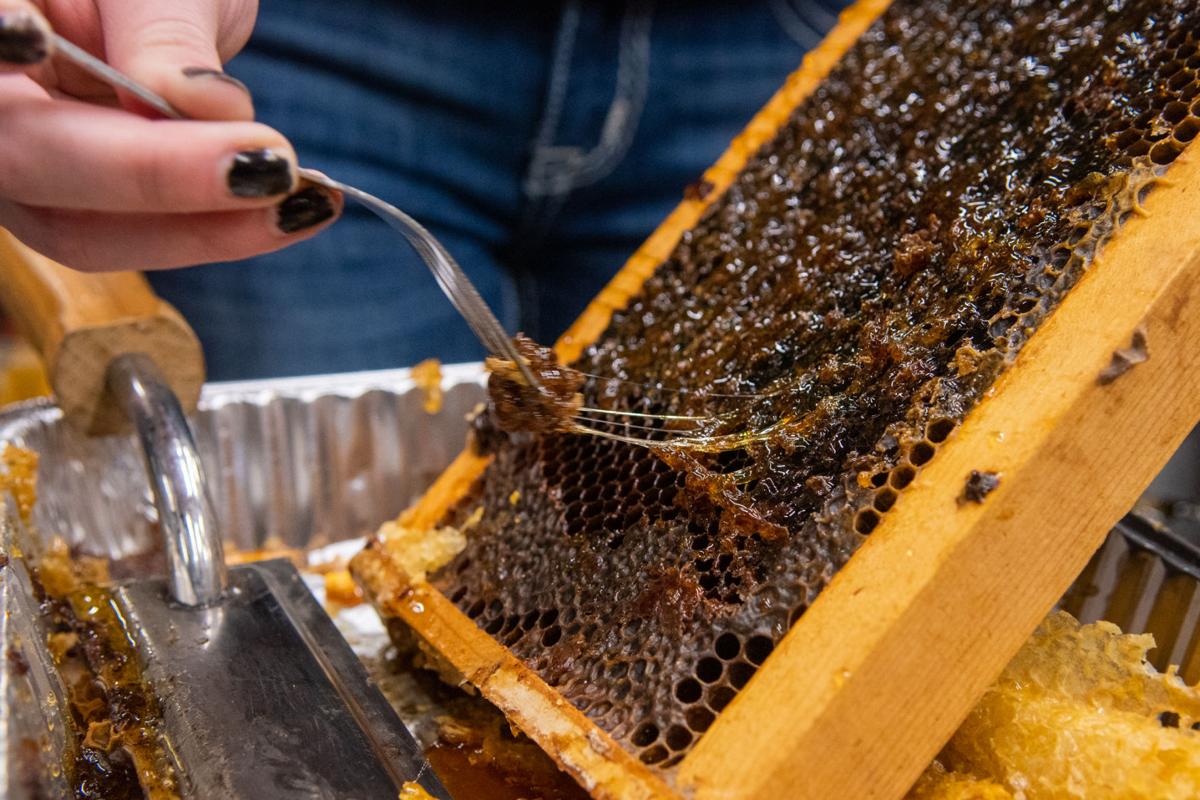 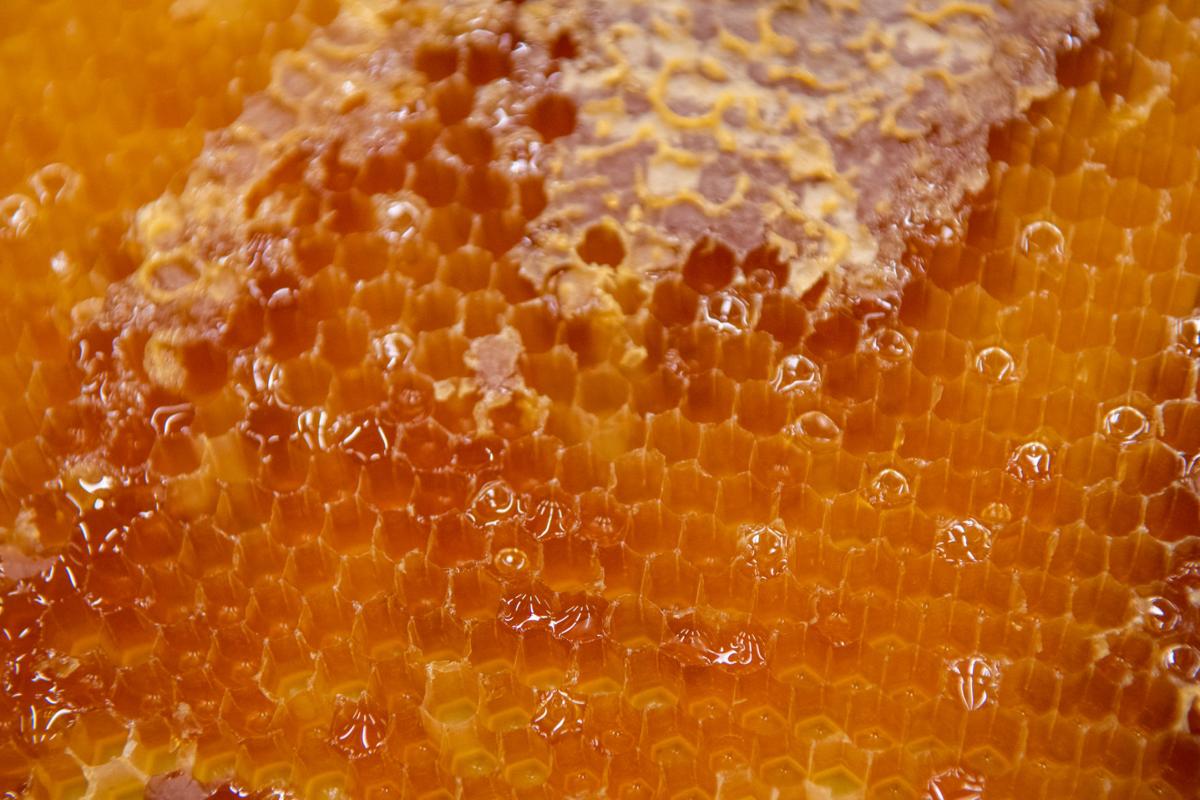 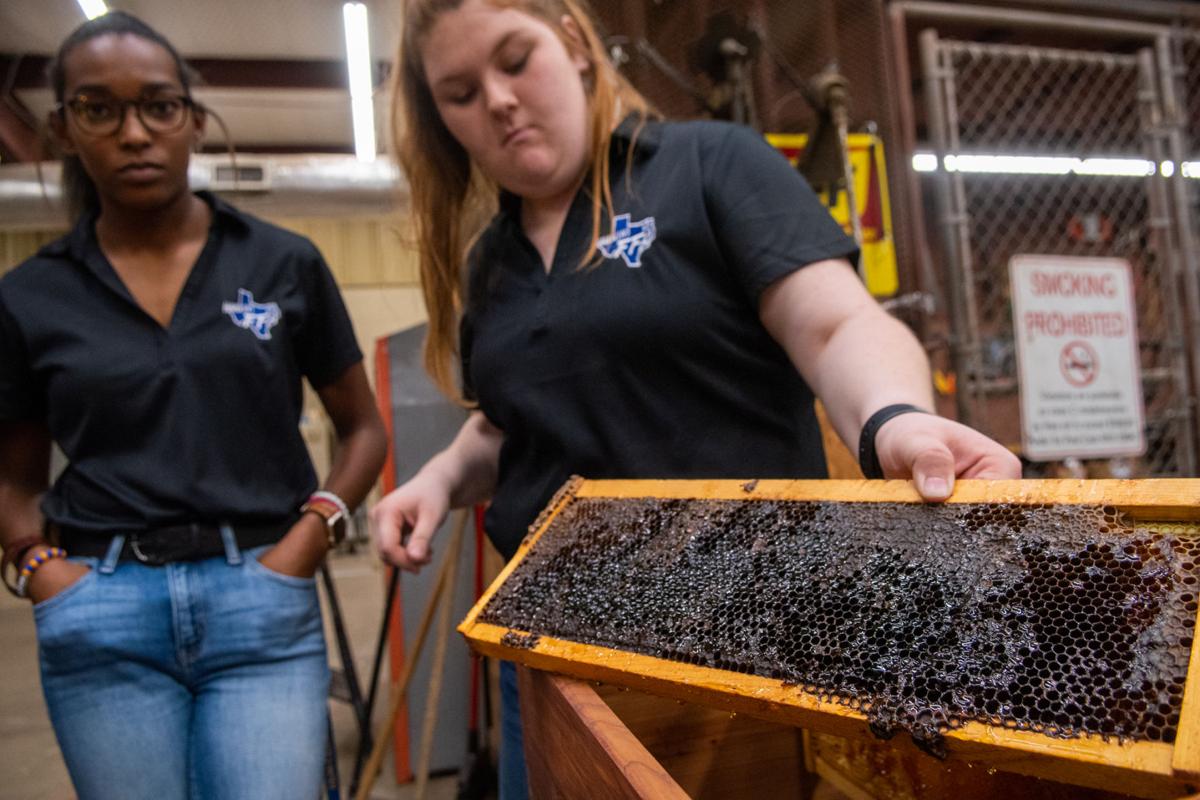 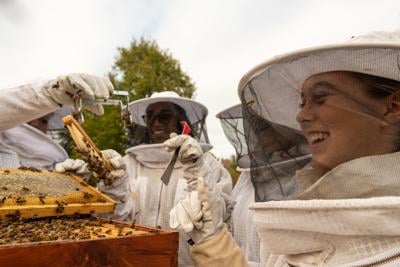 The Ozarka Spring Water factory in Hawkins likes to focus on ... water. However, there was a bee infestation outside the plant where the drivers enter.

After trying to relocate the bees, Cheryl Conaway, the quality assurance manager at Ozarka in Hawkins, decided to call in a team of kids.

Her call to Matt Byrd, the Hawkins High School agriculture teacher and adviser for the National FFA Organization, formerly known as Future Farmers of America (FFA), started an incredible concept where students learned how to become beekeepers.

An all-female team of four Hawkins High School FFA students took it to another level. Not only did they make a bee farm, they turned their bee colonies into a honey-making operation. They are now bottling the honey in Ozarka bottles, which will be sold as a fundraiser for the programs and possible scholarships.

The concept caught the attention of NBC, and the students, Byrd and Ozarka will be featured on the “Today” show. The segment is expected to air around Thanksgiving.

The Hawkins FFA students are now being called pioneers as this is the first time in Hawkins FFA history that it has expanded into the beekeeping industry.

“The goal was to make beehives to control the bees off of the land,” Byrd said, after he was contacted by Conaway to work on the factory’s 2,700 acres. “It was a new challenge. We just kind of decided that let’s start it.”

A bee farm is also known as an apiary. Byrd had a vision and the teens have become licensed contractors at Ozarka.

“It was different. Everyone thought we were crazy for doing the project,” Parish said.

Conaway called Daniel Lennon from the Flint Farm and Apiary to see if he could help the Hawkins FFA build an apiary on Ozarka’s land.

“They were fast learners,” he said. “They’ve still got a lot to learn, but they’re hardworking and dedicated. It takes special students to take it seriously and it takes a teacher that’s willing to think outside the box.”

Later on, the team decided to enter the Houston Rodeo and Livestock Show, which was held this past March. The team ended up competing in the livestock restraining and handling equipment category.

“It was a long day, but we did better than we thought we did,” Goddard said. “The more you know, the better you’re going to do.”

They came back with the overall reserve champion in showmanship award, which is the equivalent of overall second place, out of 500 schools. They won $8,000 in prizes and equipment from the competition.

“We knew we had a challenge,” he said. “After that (Houston), it really sped up.”

Ozarka purchased the protective suits and equipment. The company also provided bottling services for the girls. The bottles feature the team name, 4G, which stands for the four girls on the team, in addition to the Ozarka and FFA logos.

Other local businesses helped out as well through donations and sponsoring the bee boxes.

“The community has really rallied around this. A lot of people wanted to be involved from the beginning,” Conaway said.

In total, the girls have built 10 hives, also known as brood boxes, and they haven’t lost any bee colonies.

Rutherford added she and the others are extremely grateful to Ozarka. Parish said they’ve received a lot of hands-on experiences from the project.

They made their first harvest in June and collected 30 pounds of honey.

A month ago, Peter Haggman, global president of Nestle Waters North America, came from France to see the beekeeping for himself. Haggman called the collaboration a great mirror image of what the company stands for by partnering with local youths. Nestle Waters is the parent company of Ozarka.

Conaway said the project and amount of attention has been a “pinch-me type moment” for her.

“It’s exciting to see people give this the attention it deserves,” she said. “I’m glad the girls are getting the spotlight.”

Lennon believes the girls’ work is shedding light on the important issues of maintaining the bee population.

“They have been put on a big platform,” Lennon said. “ These girls are bringing beekeeping into FFA. They deserve all the attention because they’re pioneers.”

Rutherford noted the challenges and trial and error they experienced dealing with the cedar and building boxes. The cedar, which is native to East Texas, works as protection from predators to provide a safe home for the bees.

The cedar boxes have frames inside with patterns that shape the honeycombs later built by the bees. Rutherford explained that the box could potentially hold up to 90 pounds of honey.

A tray with predator deterrents, such as vegetable oil, is placed at the bottom of the box to protect the bees.

Swarm catchers were placed in trees to collect the bees and a honeycomb, which is then placed into the box to begin a bee colony. A slanted copper roof is used on the box to keep water off and prevent rust.

Italian honey bees were brought in to start the project along with the wild bees from Ozarka, Rutherford said.

The team extracts honey from the frames by scraping open the comb and then placing the frames into a stainless steel extractor. The device spins the honey out of the frame and the honey then drips to the bottom.

“Most people don’t know how honey goes from a hive to a bottle. They were like, ‘What are they doing?’” Rutherford said.

The honey then goes through a final filter before going into a bottle. Roughly 2 to 3 pounds are collected from each frame. The bees produced both raw honey in the spring and goldenrod honey in the fall.

For the first honey harvest, the team gave out bottles to the school administration and Ozarka.

“We hope to get bigger and better,” Goddard said.

They hope to sell their honey at the local feed store for funds to go toward a college scholarship and help purchase beekeeping equipment.

Bees are a vital resource to the world’s ecosystem.

Lennon said the overuse of chemicals on land has significantly decreased the bee population recently. The chemicals get into bees’ food source — pollen — causing them to die.

Lennon hopes to get more students and other FFA programs involved to better educate about bees and the environmental importance.

“With all the challenges of bees, we need as many (people) as we can to be involved. If bees were to become extinct, I believe mankind will become extinct.”

Ozarka is also working to promote similar project partnerships so other students can learn about beekeeping, Conaway said.

Lennon hopes beekeeping can become an accredited curriculum within the FFA organization.

“Once you get into bees, it brings an awareness that you didn’t have before beekeeping. I think these students are getting that awareness at an early age,” Lennon said.

Byrd has enjoyed the community getting involved with this project.

“It’s been good for our school and the community. It’s a small school and large company working together and we’ve built that partnership through beekeeping,” Byrd said. “To be on national TV, that’s something that they may never get to do again.”

“The administration at Hawkins, I wouldn’t trade them for the world,” he said. “They fully supported us since Day One. I think it’s really put a spotlight on Hawkins.”