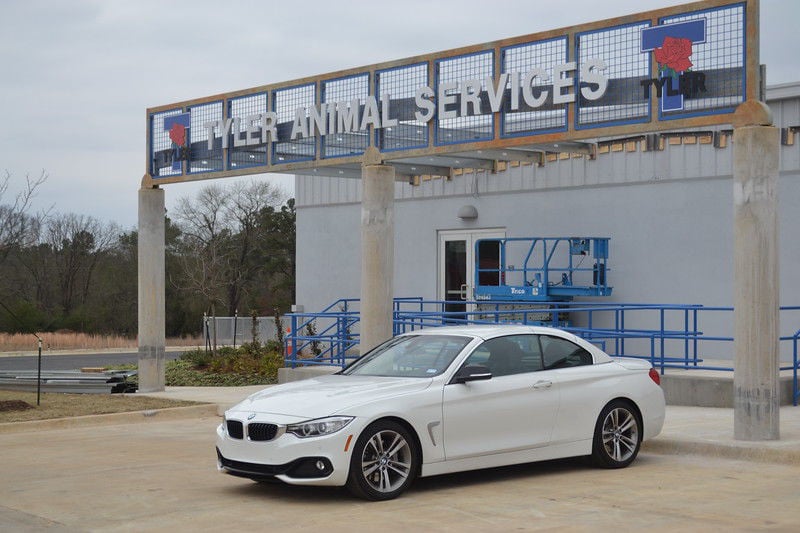 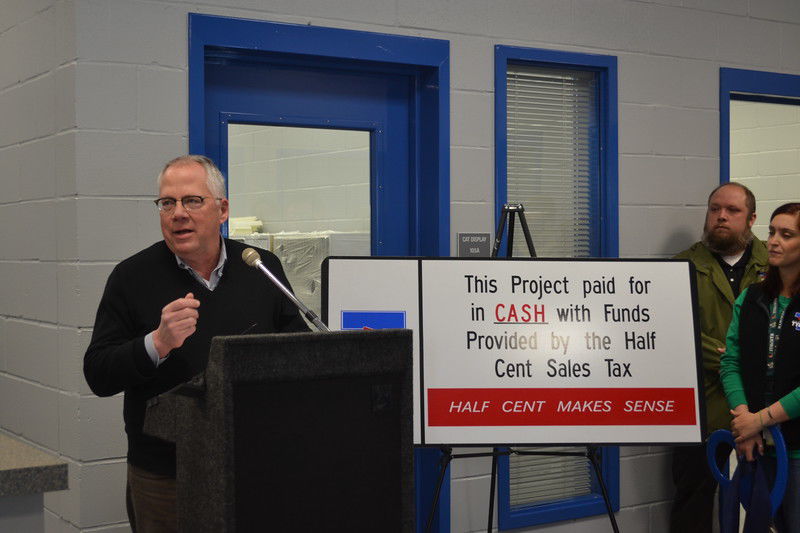 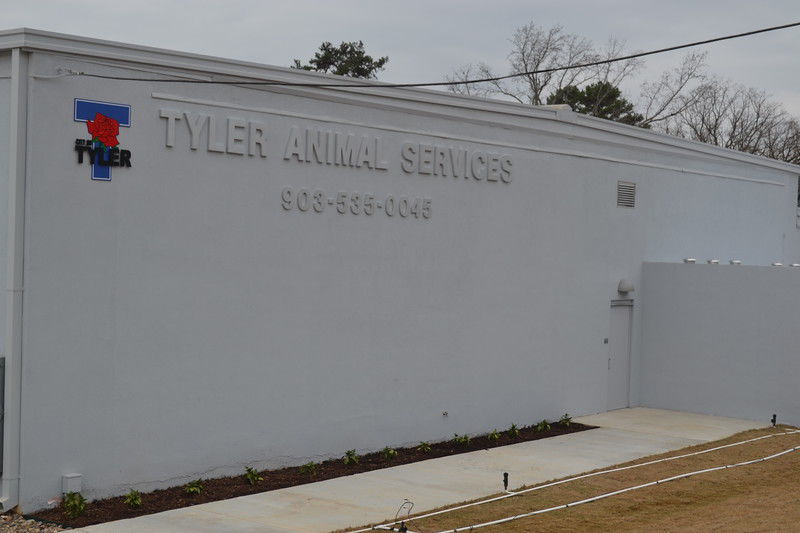 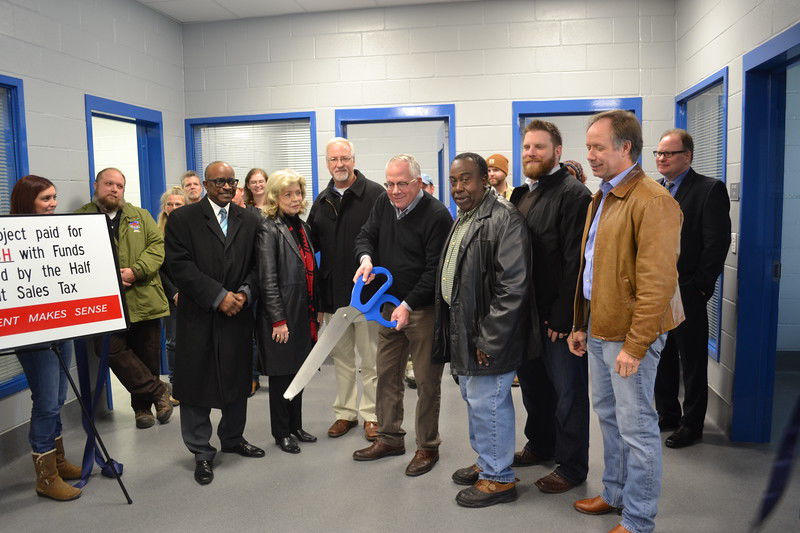 The Tyler City Council and the Tyler Animal Control staff cit the ribbon on a new facility at a opening ceremony on Friday. Faith Harper/Staff 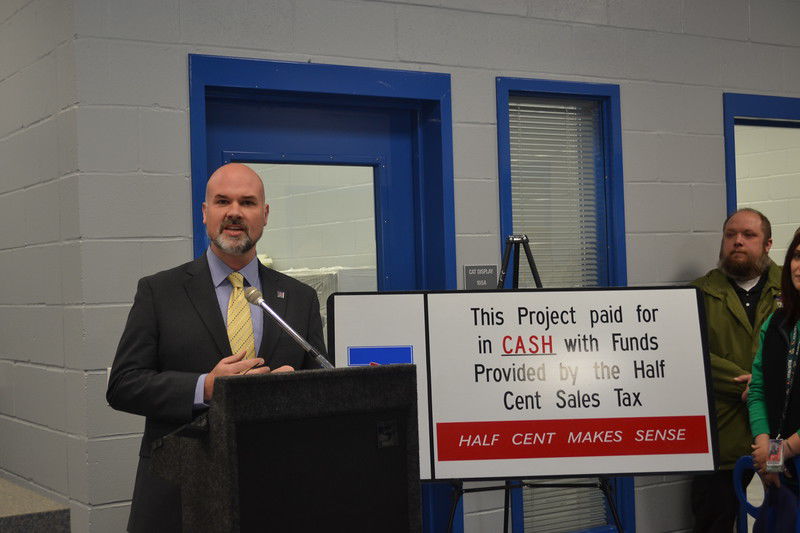 The Tyler City Council and the Tyler Animal Control staff cit the ribbon on a new facility at a opening ceremony on Friday. Faith Harper/Staff

The public got its first peek at the city of Tyler's new animal shelter.

On Friday, the city hosted its official ribbon cutting on the new facility, which will house 103 dog kennels and 65 cat kennels, including holding, isolation and display cages.

The facility, 4218 Chandler Highway, also known as Front Street or Texas Highway 31, is physically complete but has not received its certificate of occupancy, which is expected to take another two weeks.

Then, the animal shelter will be able to move out of its temporary facility on Grande Boulevard. That process will take about a week, Shelter Manager Shawn Markmann said. The department will move computers, files and supplies over first and then transport the animals. The shelter will perform an emergency drill while moving the animals over, which will give them a chance to practice their emergency response plan.

As of Friday, the temporary shelter had 37 dogs and two cats.

The hope is the facility will be open in time for Valentine's Day.

Friday's ceremony included remarks from city officials and a ribbon cutting, followed by tours of the facility.

"This facility is not the answer to everything, but it will be a help," Councilman Don Warren said. "It's up to the community to spay, neuter and microchip."

Warren touted some of the features of the facility.

Air inside the facility is refreshed every 20 seconds. That helps cut down on smells and helps prevent the spread of certain diseases.

The facility also has a system similar to a car wash for cleaning. It allows for pre-mixed cleaning solution to be tapped in every room, eliminating the need to tote those products around the shelter.

There's also intricate plumbing work, with drains at the back of every kennel. An automatic flushing system clears those drains every 30 seconds and helps control spread of disease and odor.

The shelter also has space to accommodate a future vet tech program with Tyler Junior College.

Phase 1 renovated 12,600-square-feet of the building's 18,165 total square feet. The shelter sits on 10 acres with a pond. Dogs have ample space to be walked and a set of cages is set up to allow them some extra outside time.

There's also dedicated spaces to separate animals for a variety of reasons. Potentially sick or injured animals are kept far from those that have been flea treated, vaccinated, fixed and neutered. Those ready to adopt are far away from ones new to the facility. When dogs and cats come in from the street, they are brought into a separate entrance from the one people enter to adopt.

The shelter has three entrances. The public has its own entrance; the staff has a separate entrance on the opposite side of the building, where animals are brought in from the street; and people coming to surrender animals have a another entrance. Animal control staff bring the department truck into a sally port inside the building.

A few doors from the sally port, animals are first taken to an examination room, where they get a parvo test, flea medications and vaccinations.

Animals can then be moved to one of a series of isolation rooms if they are ill, or they can be taken to other rooms to wait out the mandatory 72-hour hold before they can be adopted. Some may wait to be spayed or neutered, or to await grooming.

If a suffering animal is brought in, it can be taken directly to a separate euthanasia room. Animals in the isolation kennels have access to outside areas but cannot mix with each other or the other animal population.

To be successful, the shelter will need to continue leaning on partnerships with animal nonprofits, which foster animals and help find loving homes.

"We want to make sure we are together as a community on this," Mayor Martin Heines said. "I want (nonprofits) to know (they're) welcome. This is a community facility. We have a great, prepared staff ready to serve the community, but this facility will not work without the help of community."