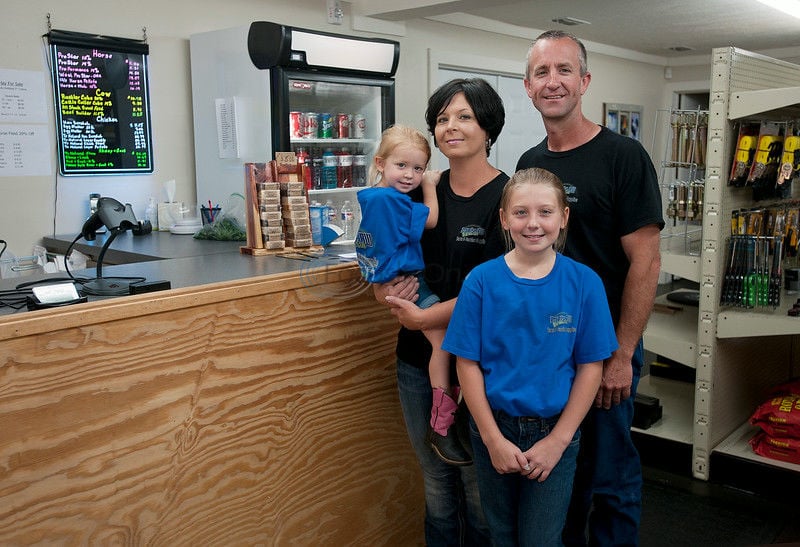 Sarah A. Miller/Tyler Morning Telegraph Brad and Julie Osborne and their daughters Sydney, 9, and Natalie, 3, stand inside their store, Promise Hill Farm LLC. in Chandler. The store carries fresh meat and eggs from their farm as well as farm, pet and garden supplies. 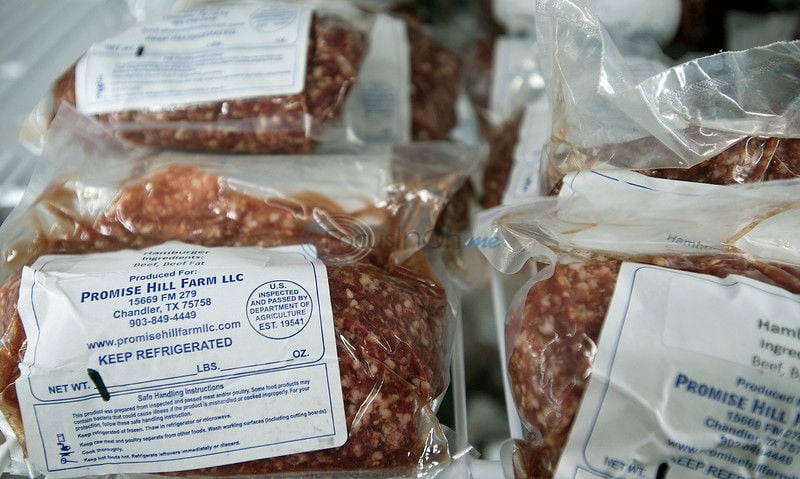 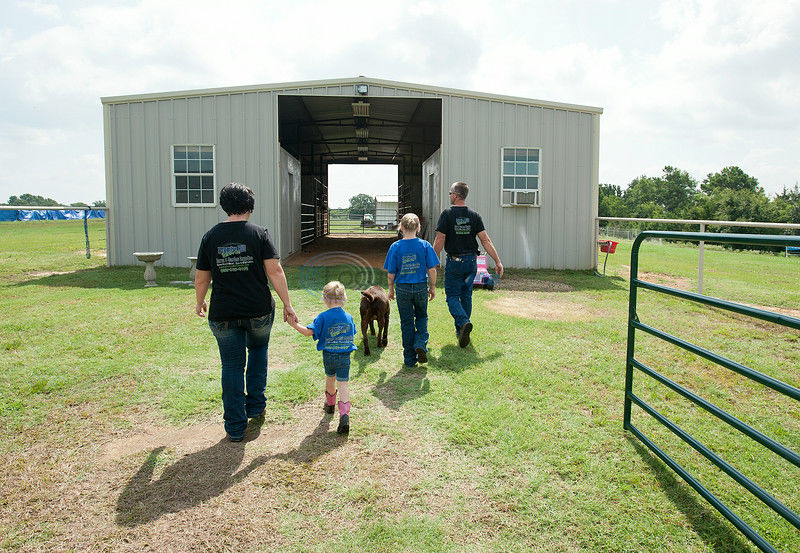 Sarah A. Miller/Tyler Morning Telegraph Brad and Julie Osborne and their daughters Sydney, 9, and Natalie, 3, are pictured at their farm, Promise Hill Farm LLC in Chandler. The Osbornes run a store on Farm-to-Market Road 279 selling fresh meat and eggs from their farm as well as farm, pet and garden supplies. 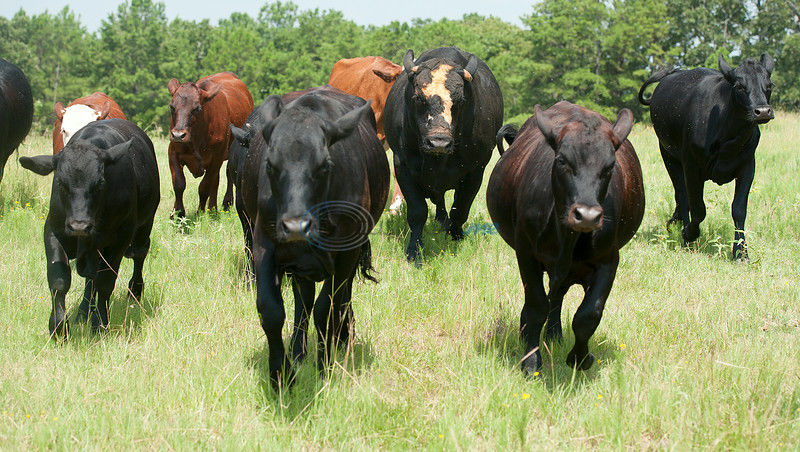 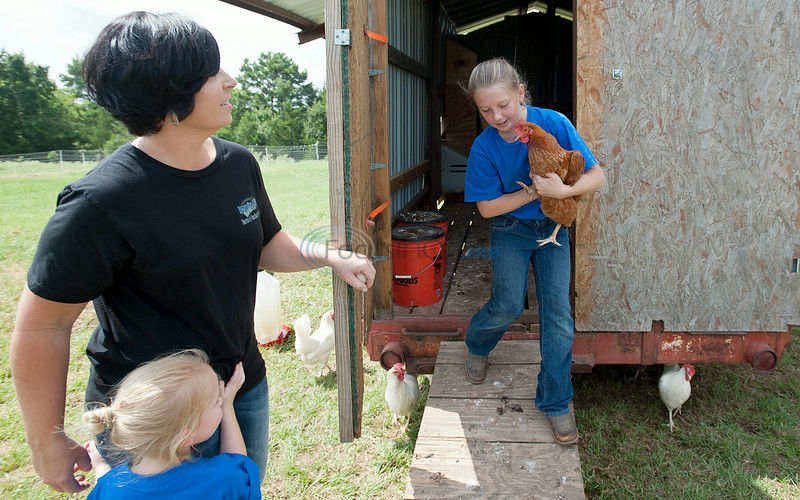 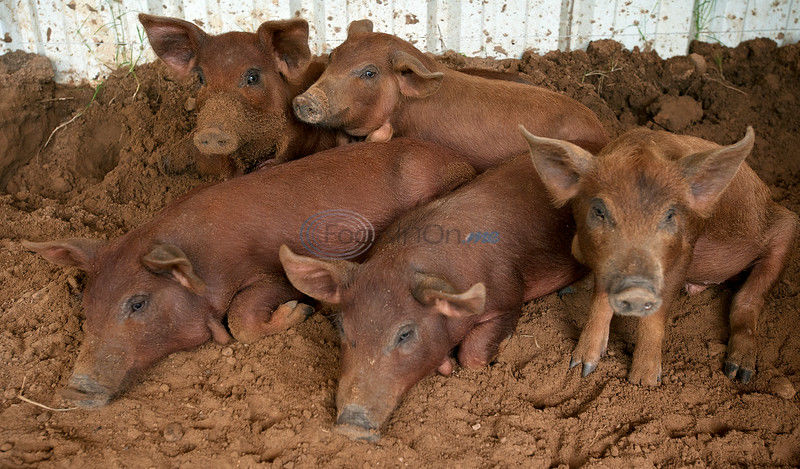 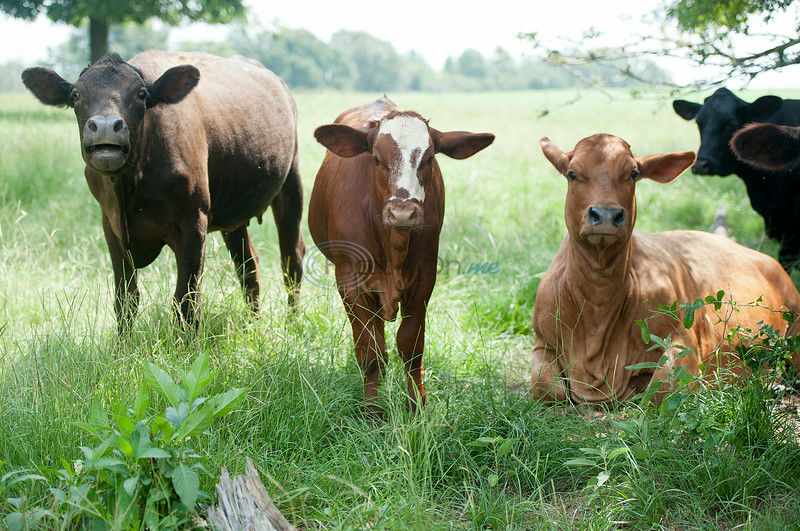 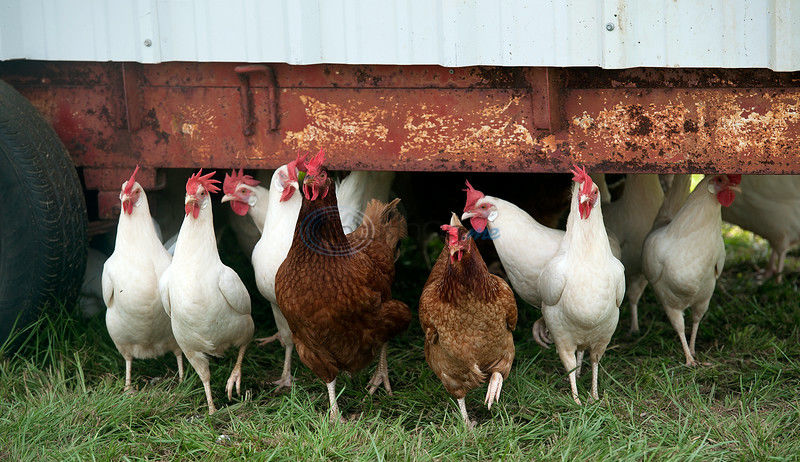 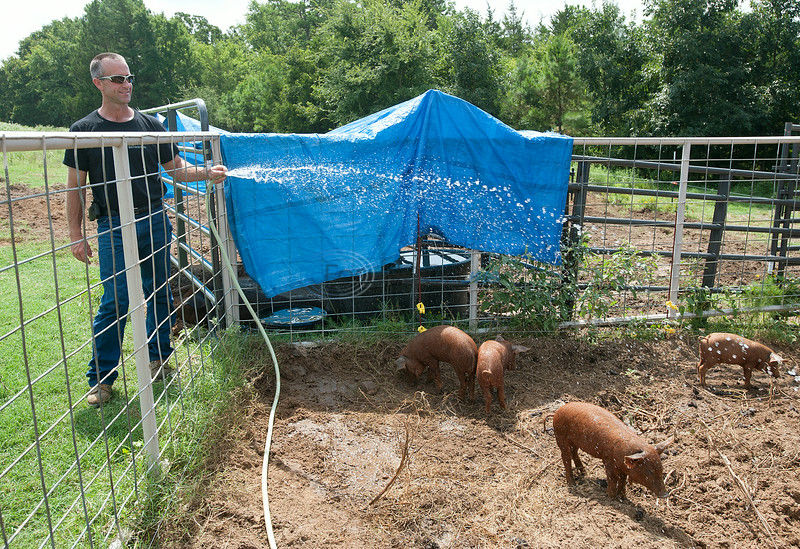 Sarah A. Miller/Tyler Morning Telegraph Brad and Julie Osborne and their daughters Sydney, 9, and Natalie, 3, stand inside their store, Promise Hill Farm LLC. in Chandler. The store carries fresh meat and eggs from their farm as well as farm, pet and garden supplies.

Sarah A. Miller/Tyler Morning Telegraph Brad and Julie Osborne and their daughters Sydney, 9, and Natalie, 3, are pictured at their farm, Promise Hill Farm LLC in Chandler. The Osbornes run a store on Farm-to-Market Road 279 selling fresh meat and eggs from their farm as well as farm, pet and garden supplies.

CHANDLER — Brad Osborne wakes every day to read the Bible before starting work at a pre-cast concrete plant in Tyler at 6:45 a.m.

That’s when the real work begins — taking care of cows, horses, chickens and pigs; hauling hay and doing whatever needs to be done at Promise Hill Farm just outside of Chandler.

The family often doesn’t finish with their chores until 9 p.m. or when it becomes too dark for any more work.

“We make sure the animals are fed before we are,” his wife of 20 years, Julie Osborne, said.

Osborne, 38, believes it is a blessing to farm the land that has been in his family since 1849.

“I think the Lord led us back to find a purpose for the land,” he said.

Just down the road from their farm sits their general store. They bought it from his mother, Debbie Cason, who constructed the building on 17.8 acres in 2009 for a daycare. From his late grandfather, Col Boyce Cason, Osborne and his wife bought 144 acres, where they live and raise chickens, cows and hogs.

“That’s what they raised back then,” Osborne said of his ancestors.

Osborne began helping on the farm as a child.

When he was 15, he started, with his grandfather’s help, his first herd of 10 cows. Throughout the years, he has worked in different fields, including construction and concrete, but has always continued to buy and sell cows and harvest hay.

Mrs. Osborne, 37, grew up a city girl but has adjusted to the lifestyle.

“I really enjoy the farm,” she said, adding that she loves to garden and plant flowers and enjoys the chickens and pigs.

Mrs. Osborne starts her day with her two daughters, Sydney, 9, and Natalie, 3, helping her check the chickens’ food and water, followed by checking on the pigs.

Then they all go a short drive to open the family’s new store — Promise Hill Farm — where they sell beef and chicken, eggs, hardware and other goods.

Mrs. Osborne said the girls, who are homeschooled, like to help customers take out their bags. Sydney also helps at the register and Natalie likes to tell everyone, “Y’all come back!”

On the farm, Sydney is in charge of checking for eggs every evening, with her sister’s help, and making sure the chickens still have enough food and water. The girls also help feed, water and make mud holes for the pigs.

Sydney likes the chickens the most and enjoys watching them take dust baths and chase grasshoppers. She has named most of the 60 chickens, as well as the 27 calves.

Stormy, their chocolate lab gets along well with the animals and follows the girls on their chores.

Osborne is not sure how they got to the point of opening a store, he said, adding that it just grew from them selling stuff off their farm.

“This is our ministry,” he said.

At Promise Hill Farm, they sell beef off all different cuts, such as hamburger meat, sirloin, brisket and roast; and chicken broilers they have raised in their pastures. The chicken is processed at Windy Meadows Family Farm in Campbell and the beef and pork at Mineola Packing.

“People want good, fresh food that they know where it came from,” Mrs. Osborne said.

Raising chickens has been a learning curve for Osborne because

They also sell fresh eggs — their hens produce 50 to 60 eggs per day.

The couple recently started raising hogs and will offer fresh pork in a few months. Osborne said they also have round and square hay bales for sale.

They sell a little of everything at the general store and will keep adding goods as they find out the needs of their customers. Current supplies include feed for horses, chickens, goats, cows, rabbits, dogs and cats; pet and lawn and garden supplies; welding supplies and hardware.

Natural soaps and toiletries, laundry soap and bathroom cleansers made by Gran Gma’s Naturals in Chandler also are offered. They also sell goat milk soap made at Mercer Family Farms in Athens. They will soon start selling concrete bird baths, stepping stones and other yard decorations.

Since opening the store on May 22, they have seen customers come from Chandler, Ben Wheeler, Edom, Tyler and even Waco, the couple said. Mrs. Osborne enjoys new customers and talking to them about what they do on the farm.

Mrs. Osborne would like to one day plant fruits, vegetables and flowers to sell at the store, when they build up their customer base and find the time.

Osborne said they would probably start by planting peas, which a lot of customers have asked for. He said next year they could possibly do a “you-pick-it type thing” in the field behind the store so it wouldn’t be as labor intensive for them.

When the weather cools down, Osborne plans to have farm days on the weekends, when families would come out to look at and feed the chickens and pigs.

The Osbornes’ property has a rich history. He has lived on some part of it all of his life, minus the two years he spent in Van. His grandmother and his mother still live on pieces of the land, which has an historical marker.

The community was known as Hamburg when his family settled there in 1849. Later, around the 1950s, it became the Concord Community because of the Concord Baptist Church, which is just down the road from their farm.

His grandfather was a founding member of the church and the historical marker is where the first church meeting was held in the original house located where Osborne’s grandmother, Oneta Cason, 90, lives.

Osborne said keeping the farm going is important because of the heritage.

He believes it is unique that someone in each generation of his family was able to keep it going.

“Hopefully our girls will be able to pass it on too because they love the farm,” Mrs. Osborne said.