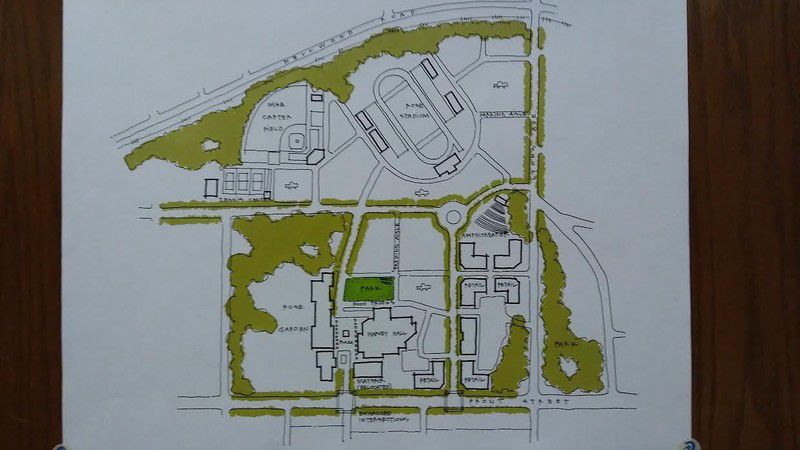 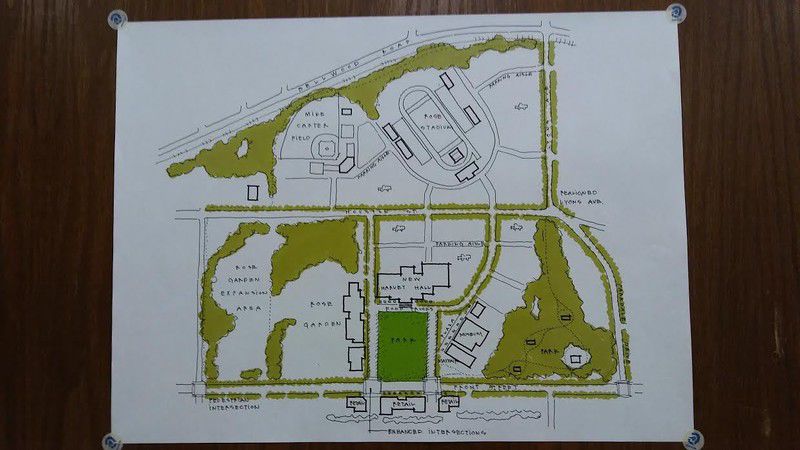 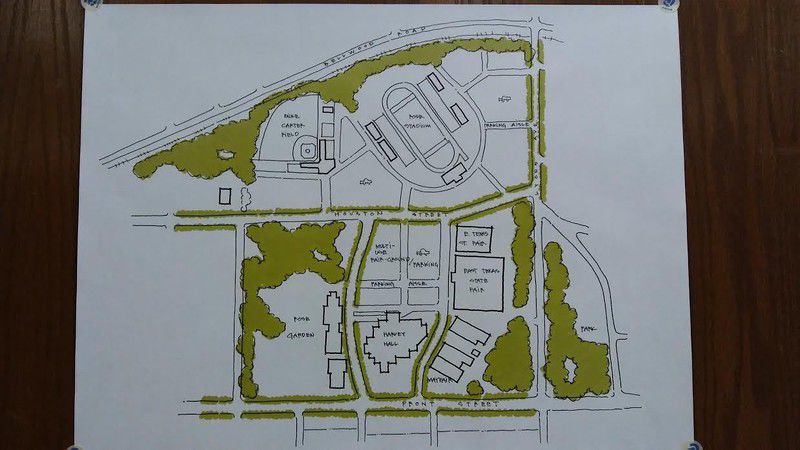 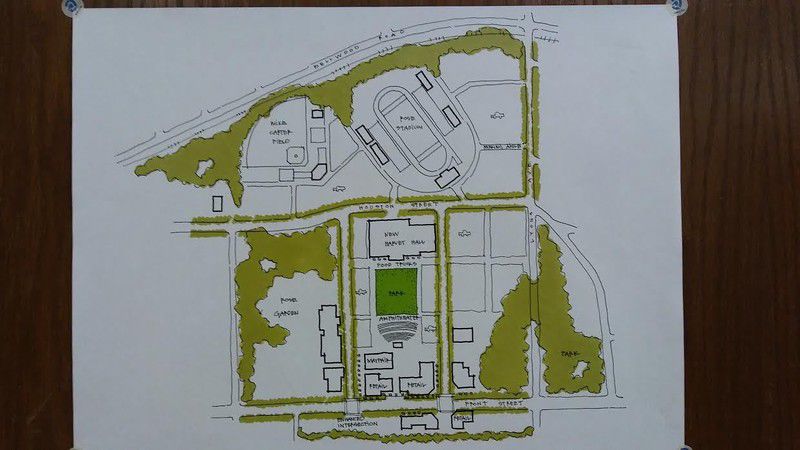 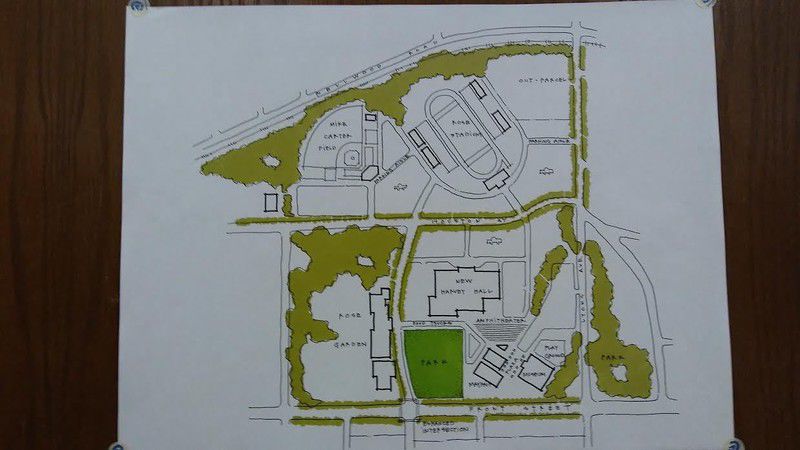 A wide, open park in front of Harvey Hall may be the wow factor the area needs to attract more patrons to the Rose Garden Complex.

On Wednesday, the Rose Garden Masterplan steering committee evaluated five sketches of potential concepts to be used in the garden.

Each of the five concepts were presented by Rick Listner, with Halff and Associates, the firm hired to help the city and others using the area to create a 20-year long-term master plan.

The firm then asked the steering committee, made up of representatives of individual groups and institutions that use the space, what aspects they liked best. The group incudes the city of Tyler, the East Texas State Fair, the Tyler Civic Center, The Rose Garden and the Rose Festival, Tyler ISD and others.

The goal Wednesday was to whittle the five concepts down to three, which will be presented to the public on Jan. 31 in the Tyler Rose Garden. The schematics also come with pricing estimates to complete the plan, along with ideas on how to phase construction.

The group spent the most time on a concept that included moving Harvey Hall back or reconstructing it and adding a green space in the front, which would greet visitors from Front Street. The space would be centered between Harvey Hall, The Tyler Civic Theater and the historic Mayfair Building, which was once a popular music venue.

The concept proposes realigning Lyons Street and closing it near the Winsor Grove Nature Park, which currently has no parking.

"That's a daily activity," said Stephanie Franklin, managing director of culture, recreation and tourism for the city. "There's no parking, but it's a beautiful piece of property. We have a significant amount of walkers, currently, who will walk the Harvey Hall square. If it were a true route, they would use it even more - the neighborhood, especially."

Some of the concepts kept Harvey where it currently sits, while others moved it back from Front Street and closer to the ball fields at the back of the property. Halff and Associates plans to price out moving it, updating it and rebuilding it.

Other plans included moving the Mayfair Building, which the steering committee agreed would be too expensive and unrealistic.

Once renovations to the building are complete, it has the potential to compliment Harvey Hall, with a capacity to hold concerts and vents for up to 800 people.

All of the plans included moving the current firefighter training facility and turning the space into parking, which would benefit the Mike Carter Field and Christus Trinity Mother Frances Rose Stadium. Reconfiguring the parking lots also would create more individual spaces.

Plans also include improvements to traffic flow by bringing Houston Street through to Lyons on the south side of the property. That would eliminate a bottleneck point at Rose Stadium.

One plans also included a large multi-purpose building for the East Texas State Fair, while others included amphitheaters.

This is the third meeting for the steering committee. Last month, they evaluated nine concepts that came out of a two-day public planning session.

Input from that meeting was used to present the current five sketches. The goal is to start with multiple concepts and pull the best pieces together to create a single final plan.