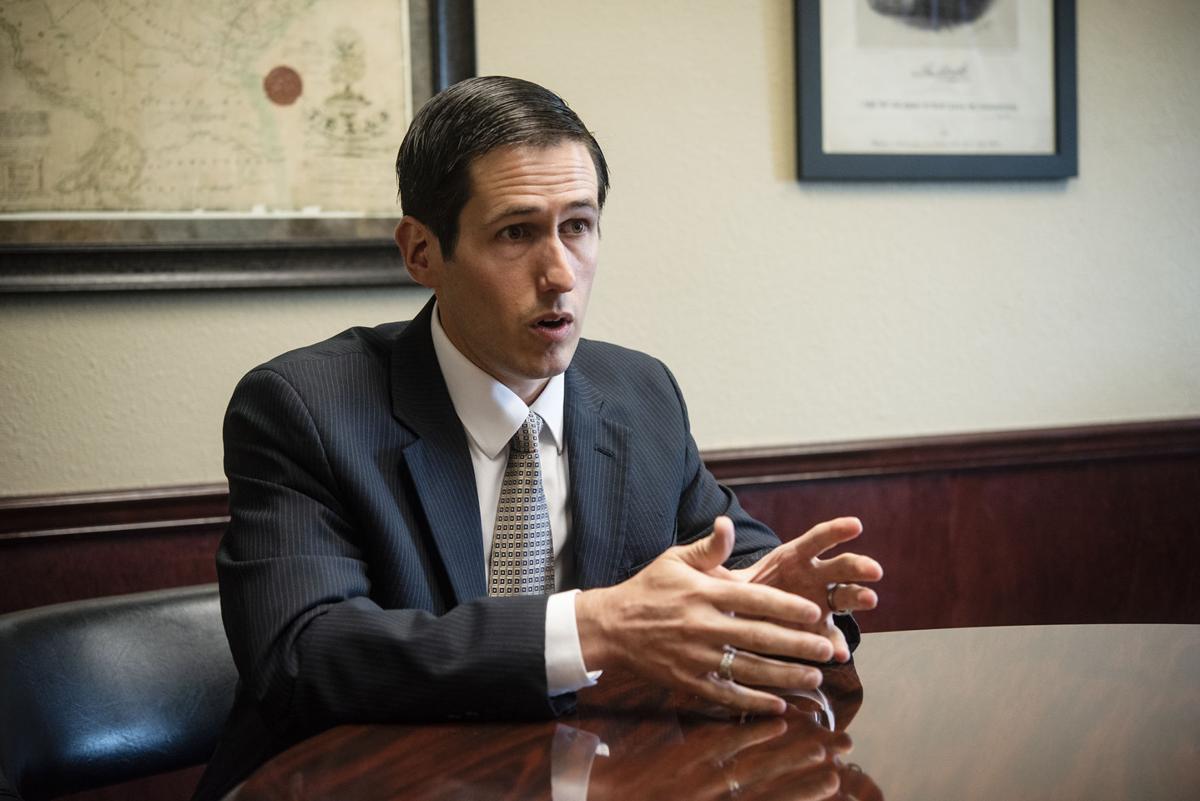 Smith County District Attorney Jacob Putman speaks about changes in the court system due to the coronavirus. 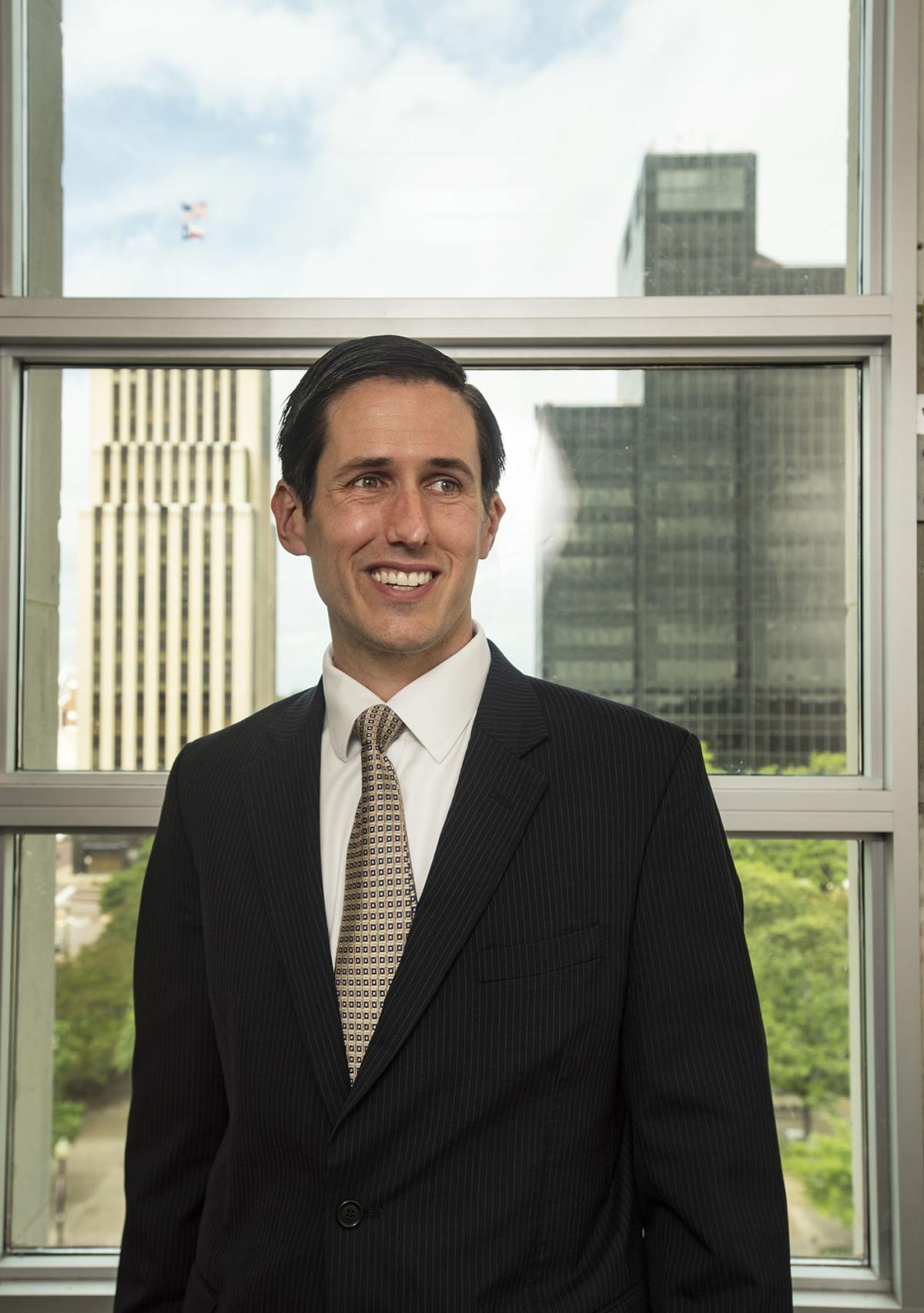 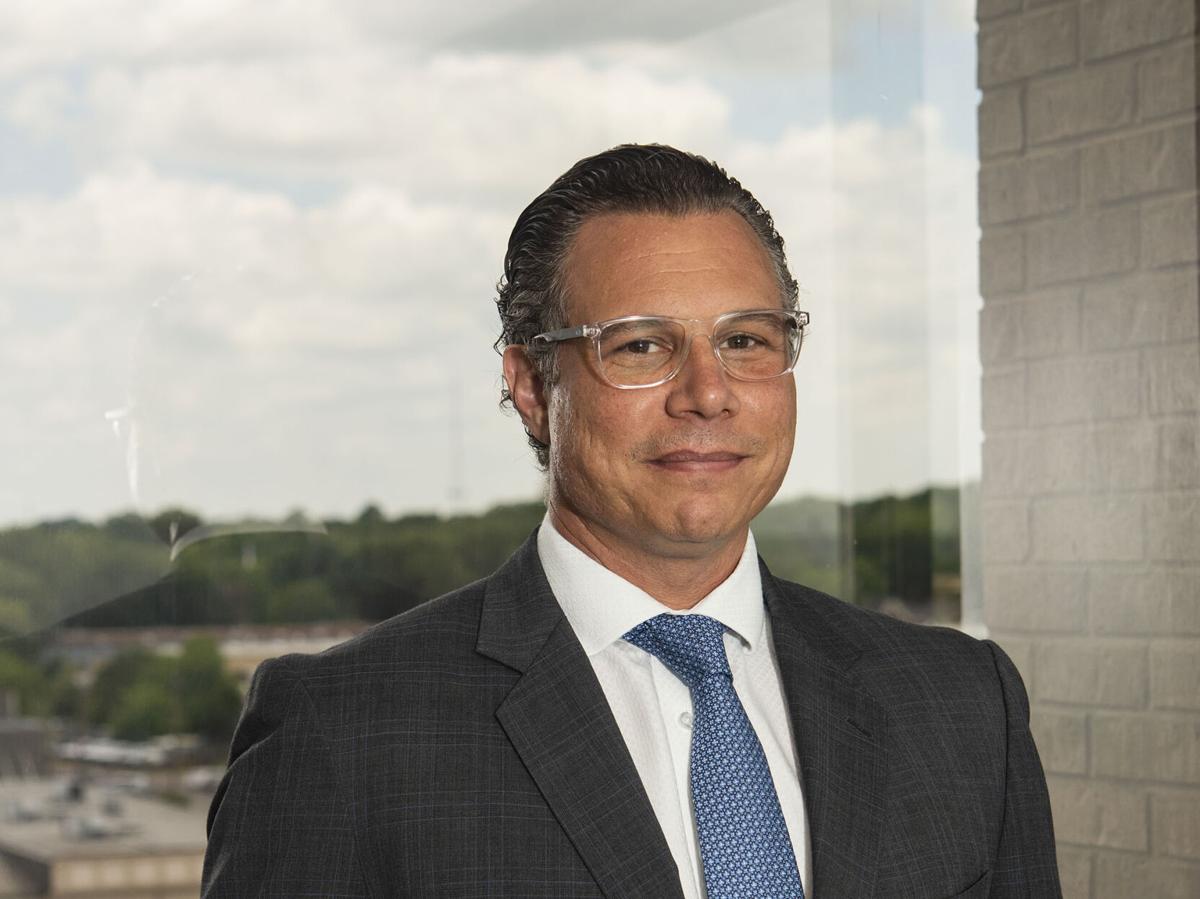 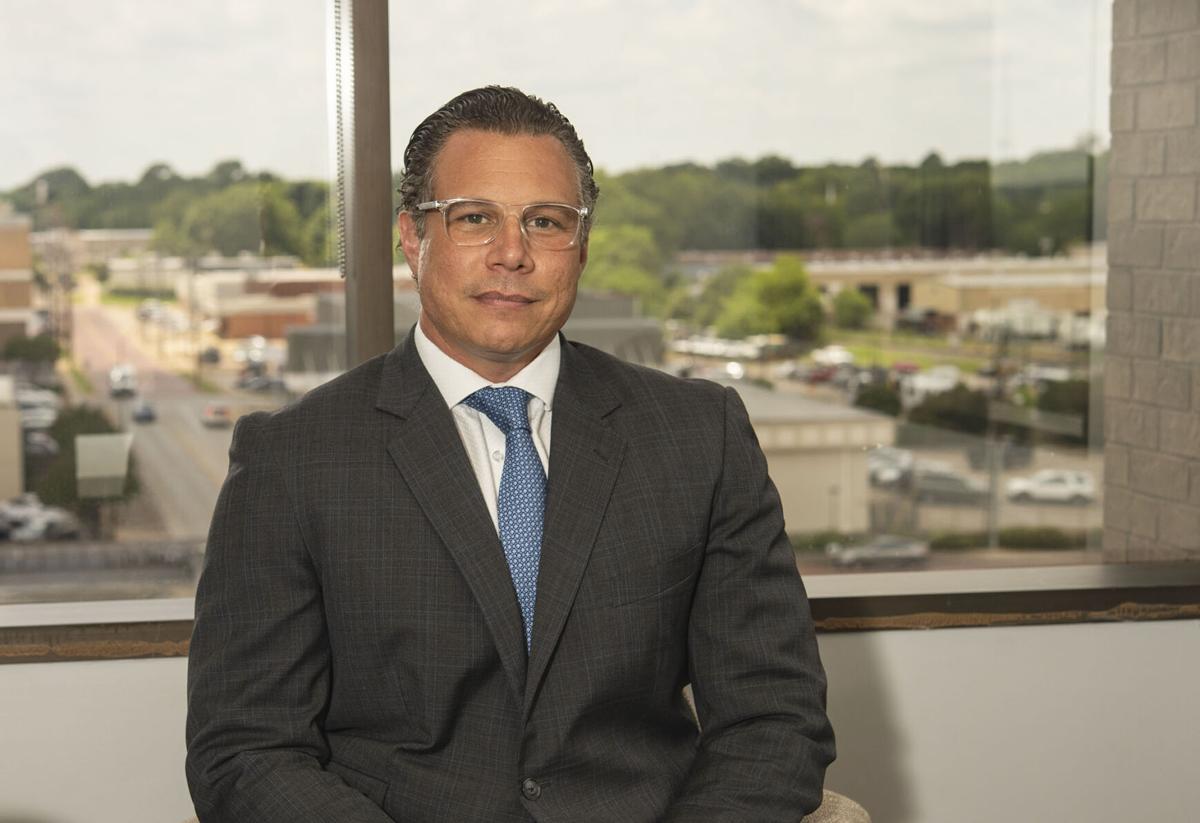 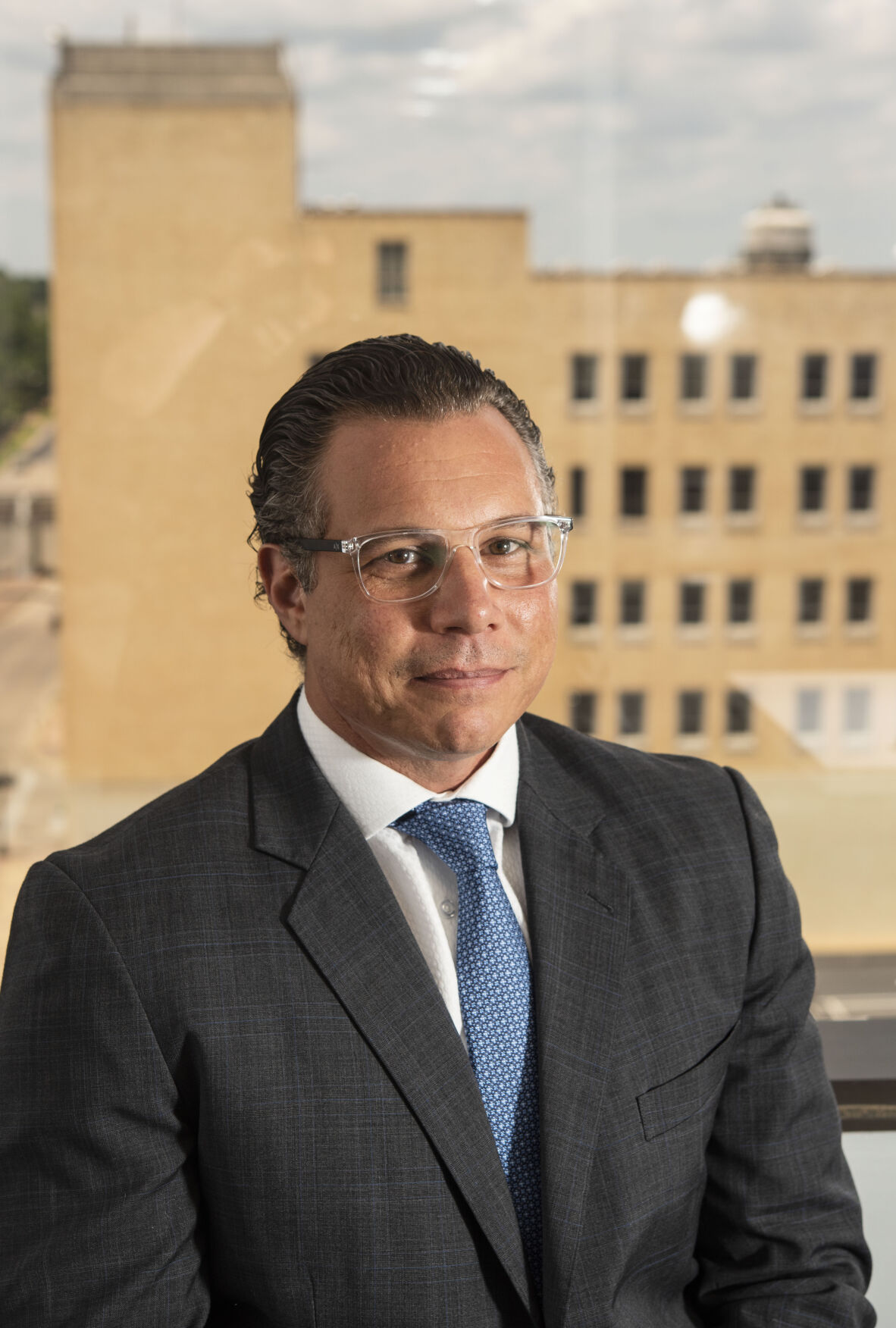 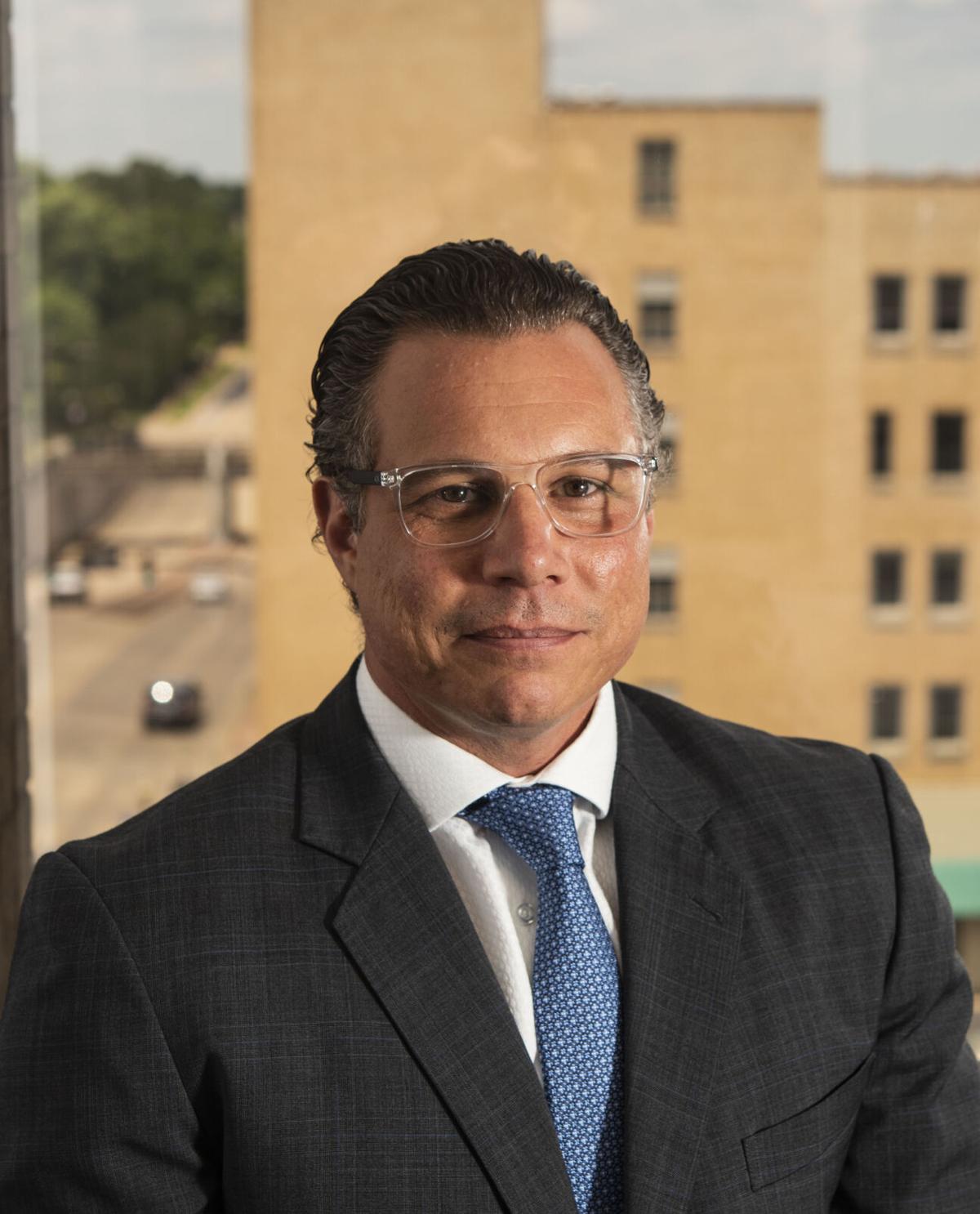 Smith County District Attorney Jacob Putman speaks about changes in the court system due to the coronavirus.

The coronavirus pandemic has impacted every facet of the criminal justice system, from the moment someone comes into contact with law enforcement to trial and incarceration. As jails and prisons struggle to reduce the possibility of COVID-19 outbreaks, the court system is having to make adjustments of its own.

One of the most immediate impacts on the criminal justice system has been the suspension of in-person communication. Attorneys are having to change the way they meet with potential clients, defendants are appearing before judges via video conference and more.

“One change that’s probably going to come out of this is we’ve been doing a lot more by video conference,” Smith County District Attorney Jacob Putman said. “The court system, the legal system is slow to change, but because we were forced to do this with video conference, I think we may see the court system more open to that in the future, which is obviously much more convenient for a lot of people.”

Putman said due to delays in communication and guidance being changed retroactively, they have to make a lot of changes on the fly, often making adjustments before the state has guidance to offer.

“We’ve just been taking it a week at a time, the information that’s been coming out on what the best practices are, and what we should or shouldn’t be doing is changing every week,” he said. “And so, really every Thursday and Friday we’re sending out communication to our office and saying ‘here’s what next week is going to look like,’ but we really can’t plan further than that.”

One of the most immediate changes came when judges across the state began releasing nonviolent offenders to reduce the jail population. Putman said cases in which defendants opt to plead, instead of taking a jury trial are actually moving more quickly.

“I know our misdemeanor judges have let a lot more people out on nonviolent crimes,” he said. “While we are going to have a backlog of jury trials, the cases which we can work out are getting handled a lot more quickly.”

Tyler Defense Attorney Carlo D’Angelo said some of these changes could lead to positive impacts for defendants.

“A lot of people have been focusing on the negatives of this, and clearly there is a lot of negative to go around, but there may be some positives to come from this,” he said.

D’Angelo pointed to changes such as an increase in remote communication in jail, nonviolent offenders spending less time behind bars and the ability to more quickly move misdemeanor cases.

“The hope is that out of all this we will see some reform, so the cases that critically need to go to trial, justice needs to be served, get their day in court,” D’Angelo said. “The other cases that could be worked out to a lesser penalty, to perhaps a consideration for probation, perhaps there could be a movement now to be more reasonable with respect to sentencing, because the error of mass incarceration as the answer to our criminal justice problems in this country is reaching a critical mass. This virus has now put a real spotlight on what happens when we mass incarcerate people.”

He hopes to also see some reform come to marijuana charges, at a time when substance testing has become more difficult with the expansion of hemp laws. Last September, the state legalized hemp and certain CBD products, but the Department of Public Safety was not equipped for the level of testing needed to differentiate hemp from marijuana. The state estimated it could be a year before DPS labs were at capacity, leading many larger cities to cease charging for small marijuana busts. Putman’s office was not among those that chose to stop charging for misdemeanor amounts. D’Angelo said this is an ideal time for Smith County, and the state, to reconsider.

“You could wait a year for the lab result to come back, the case to go to grand jury, an indictment to be returned and you haven’t even quote-unquote been punished yet. So now you’ve done a year of supervision, you’ve done the urine testing once a week, you’ve paid all the fees, you’ve appeared once a week, your employer has put up with all of that and now you’re at the point where it’s time to resolve your case,” D’Angelo said. “Typically if you are a first time offender, you can get consideration for probation, so now you’re talking about 1, 2, up to 10 years of probation where you’re dong the same things you were on pre-trial, but now you’re not getting credit for any of that toward your probation sentence.”

He said those changes could have an immediate impact on the fight to keep COVID-19 out of jails.

“That certainly would help relieve the burden at the jail at a time where our sheriff is trying to manage a COVID outbreak in the facility,” D’Angelo said. “We don’t need to be bringing low level offenders into that situation, even for a night because that’s all it takes.”

The biggest obstacle courts will face is how to handle jury trials. Before the pandemic hit, Smith County Judge Nathaniel Moran was preparing to put a bond package for a new courthouse on the ballot in November. He spent months hosting community input sessions, and discussing needs in open sessions of the Smith County Commissioners Court.

The Smith County Courthouse, built in 1955, is too small to meet current needs and has no separation for juries, court participants and defendants to move about separately.

For instance, Judge Jack Skeen’s 241st District Court is situated in one of the smaller courtrooms, which was once a law library.

Room for seating already was limited. The courtroom in which juries are selected was typically packed shoulder to shoulder to narrow down candidates. Now with social distancing guidelines in effect for the foreseeable future, the problems with limited space have been compounded.

“How we restart jury trials is a good question. We don’t have an answer for that yet,” Putman said. “If we were trying to get 600 people in a room for a jury trial, we wouldn’t be able to. We just aren’t set up for that.”

D’Angelo said that while immediate changes can have a benefit for misdemeanor cases, the logistics for jury trials is immensely more complicated.

“I’m very pleased that the judges have taken the virus serious and they have imposed social distancing and are staggering court appearances in order to avoid mass congregations of people in the courthouse,” D’Angelo said. “But when you’re talking about a trial and picking a jury in the fall, you’re talking about bringing in over 100 people to sit in a room shoulder to shoulder, is the traditional way we’ve done it, to try to qualify and cull out of that 12 fair minded jurors, that’s impossible in that courthouse. It’s just too confined, too small.”

D’Angelo said some options could include moving jury selection offsite, to a larger facility. Another challenge he is concerned about is ensuring jurors are not hearing testimony over video conferencing.

“When you’re talking about cross examining witnesses, body language, the way a question is conveyed, the way an answer is received, all of that is lost when you’re dealing with split screens and remote environments,” D’Angelo said. “If you’re attacking the credibility of a witness, it’s definitely more effective to do that in person in front of the court, because the court then has more of an opportunity to size up the witness’s demeanor, body language and assess that credibility in real time in front of the court. Getting to the point where we’re going to have jury trials via Zoom is going to be an impossibility in criminal cases. They must be in person.”

Putman said courts across the state are still working out the logistics, hoping to see jury trials return this fall. He expects judges to have a better idea of what that will look like in mid-to-late summer.

D’Angelo hopes those changes result in a court system more willing to work with people, especially when it comes to the financial burden a case can have. He said that not only will defense attorneys need to be more flexible, but pre-trial and probation requirements may need to be as well, since many require monthly fees, community service and maintaining a job. He said all those things may not be as easy for people if the virus comes back in waves, shutting down businesses and courts again.

“I remain hopeful, that out of all of this pain and suffering, we’ll see some meaningful reform in the system. Our criminal justice system is certainly in need of it,” D’Angelo said. “The pattern of mass incarceration for all level of offenses can no longer be sustainable in the current pandemic situation that we’re in. So I’m hopeful on a positive note that all of this pain and misery that we’ve gone through as a nation will bring us closer to that level of reform that we desperately need.”

COVID in the court