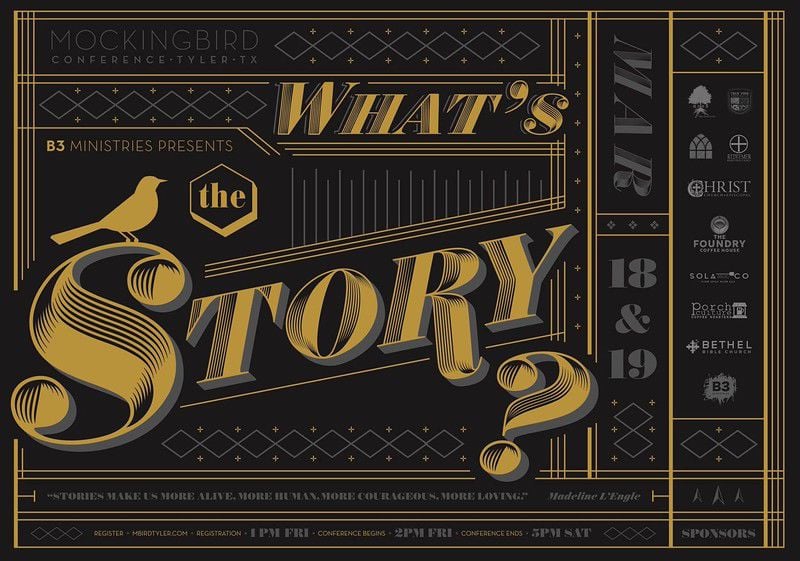 The Mockingbird Tyler Conference is scheduled or March 18-19 and this year's theme is "What's the Story?" Courtesy 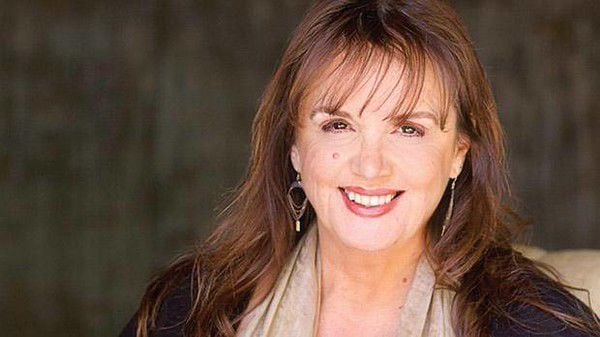 Bobette Buster, who has worked as a story consultant with Pixar, Disney Animation and Twentieth Century Fox Studios, will speak at the Mockingbird Tyler Conference March 18-19. Courtesy

The Mockingbird Tyler Conference is scheduled or March 18-19 and this year's theme is "What's the Story?" Courtesy

Bobette Buster, who has worked as a story consultant with Pixar, Disney Animation and Twentieth Century Fox Studios, will speak at the Mockingbird Tyler Conference March 18-19. Courtesy

The power of stories to inspire and equip is the topic of this year’s Mockingbird Tyler Conference.

And one of the people who will guide participants on the journey is one of Hollywood’s most sought after story consultants, Bobette Buster, who has worked with Pixar, Disney Animation and 20th Century Fox, among others.

Ms. Buster will join several returning speakers, including David Zahl, Ethan Richardson, Sarah Condon and Aaron Zimmerman, all of whom are connected with Mockingbird Ministries in some way.

“The quality of the content, you can’t duplicate it,” said Matt Magill, founder of B3 Ministries, which is putting on this conference in partnership with several churches and other organizations.

The second annual event, with the theme of “What’s the Story?”, is scheduled for March 18-19 in downtown Tyler.

Participants will have the opportunity to experience music, art, a movie and beer in between large and small group sessions with visiting and local speakers.

Some of the scheduled sessions include: Bobette Buster – “What Your Story is Telling You: Are You Becoming Fully Alive or The Living Dead?”; Ethan Richardson: “Brand New Me: Instagram Lives and The Promise of Cross;” and Tim and DeAnda Frost: “Embracing Your Story.”

On Friday night, Ms. Buster is scheduled to offer a film deconstruction of Pixar’s “Inside Out.”

On Saturday, during the breakout sessions, David Zahl, the director of Mockingbird Ministries and editor-in-chief of the Mockingbird blog, is scheduled to speak about “Wes Anderson and the Catastrophe of Redemption: One Man’s Opinion.”

Anderson is an American film director, producer, screenwriter and actor whose film credits include “The Grand Budapest Hotel,” “The Royal Tenenbaums” and “Fantastic Mr. Fox.”

Magill said Christ was adept at telling stories and inviting people to re-envision life in a new way without being forced.

Through this conference, organizers hope to follow that same tradition and take people on a journey to consider their stories, others’ stories and the Gospel story.

Magill and the Rev. Keith Pozzuto of Christ Church, Episcopal said people who enjoy the arts, philosophy, beauty, creation and re-creation will enjoy this conference.

Founded in New York City in 2007, Mockingbird Ministries is based in Charlottesville, Virginia, and seeks to connect the Christian faith with the realities of everyday life. Mbird Tyler is an affiliate.

What: Mockingbird Tyler 2016: What’s the Story?

Where: The Foundry, 202 S. Broadway Ave., and other downtown Tyler locations

How: Visit mbirdtyler.com to register or for complete conference information; cost is $50 per person or $80 per couple and includes access to all sessions, dinner Friday, a beer tasting, a concert with The Rocketboys & Merriment and a swag bag.