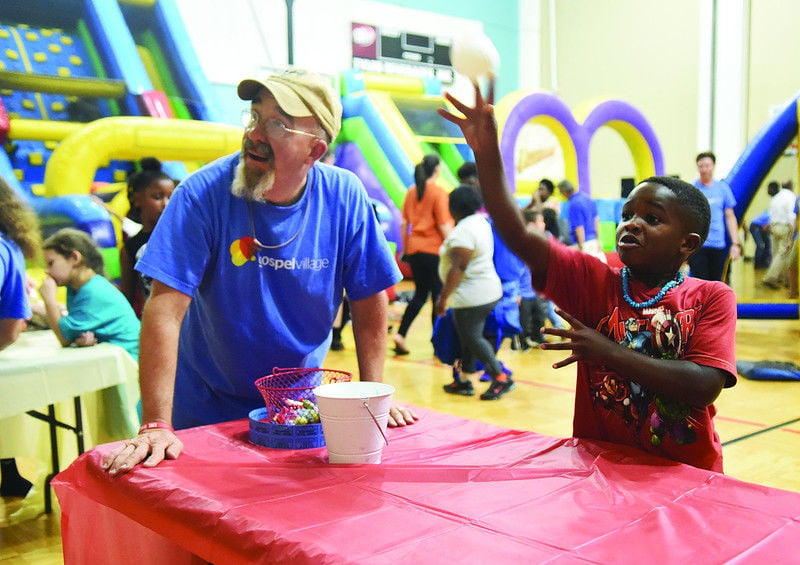 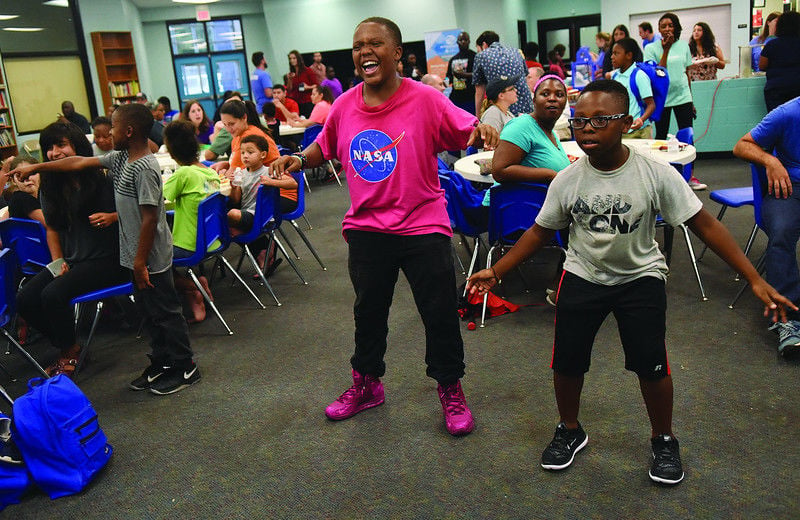 Keiarriyen King, 13, and Troy Holsey, 9, play the video game Just Dance during the Gospel Village Back to School Bash held at the Boys and Girls Club in Tyler Tuesday August 16, 2016. Gospel Village is a ministry of the Mentoring Alliance. The event was open to program mentors and their families and mentees and their families. (Sarah A. Miller/Tyler Morning Telegraph) 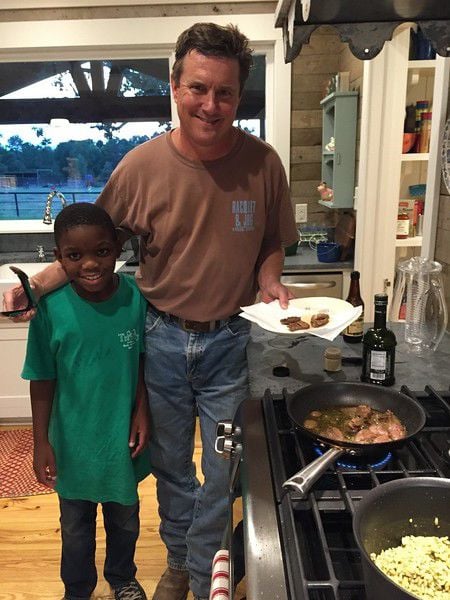 Matthew Powell poses for a photograph with his mentor Steve Smith. Courtesy 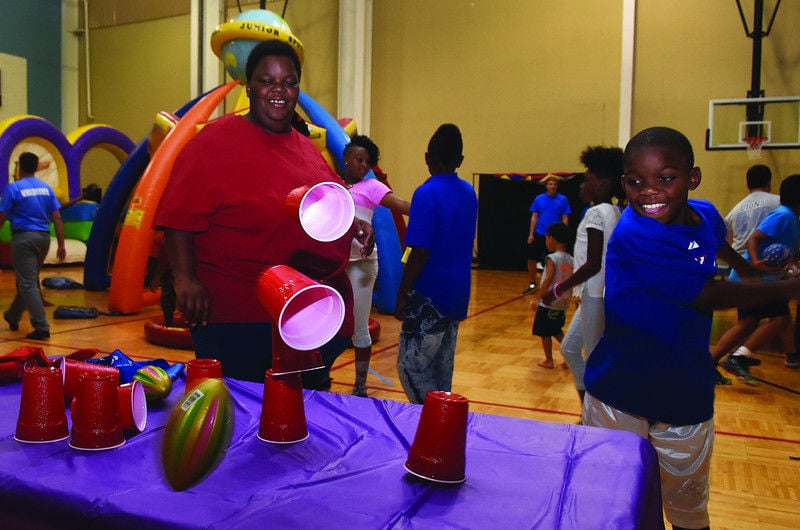 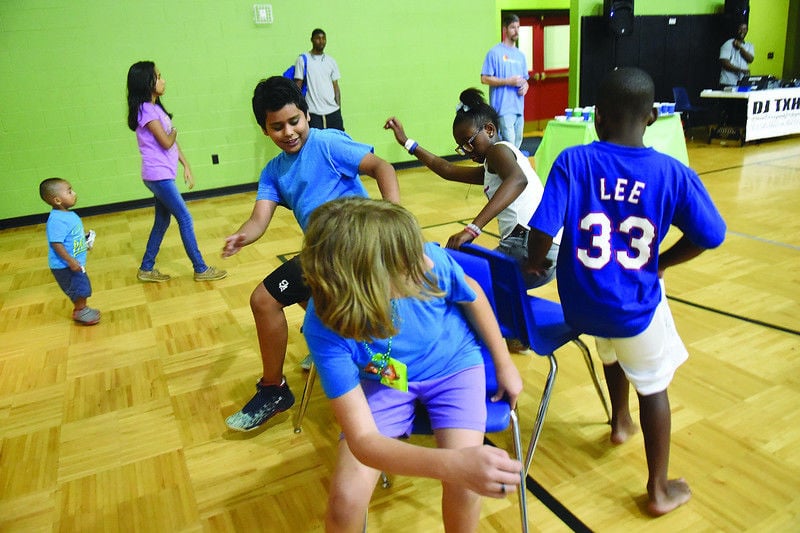 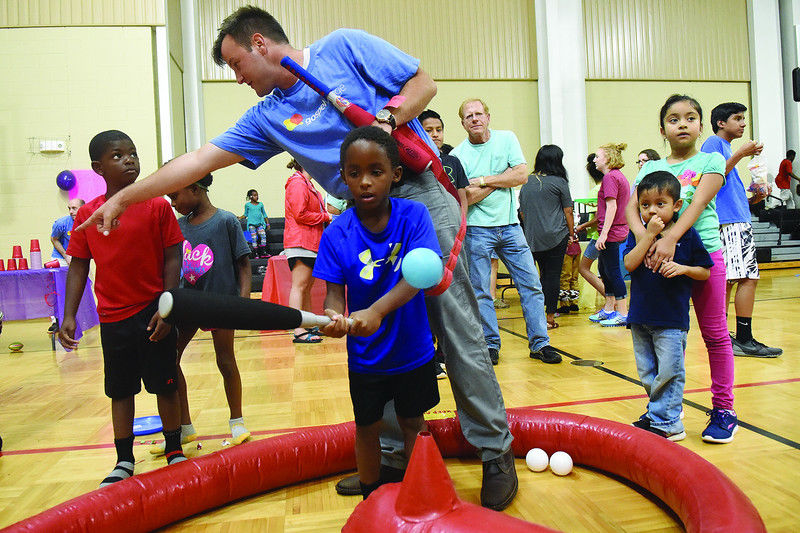 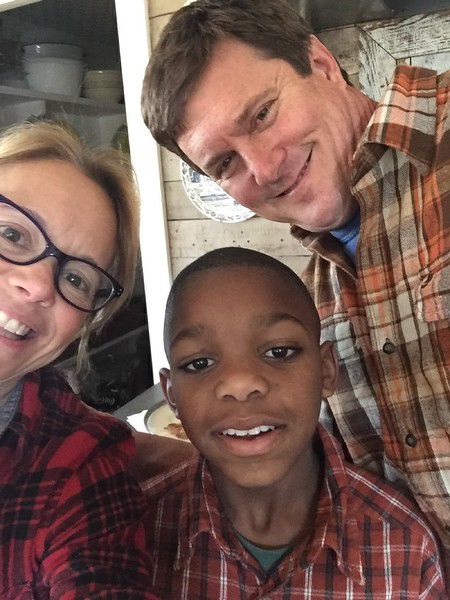 Matthew Powell, center, poses for a photograph with Susan and Steve Smith. Courtesy 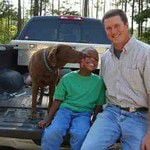 Matthew Powell poses for a photograph with his mentor Steve Smith during one of their first meetings several years ago. Courtesy

Keiarriyen King, 13, and Troy Holsey, 9, play the video game Just Dance during the Gospel Village Back to School Bash held at the Boys and Girls Club in Tyler Tuesday August 16, 2016. Gospel Village is a ministry of the Mentoring Alliance. The event was open to program mentors and their families and mentees and their families. (Sarah A. Miller/Tyler Morning Telegraph)

Matthew Powell poses for a photograph with his mentor Steve Smith. Courtesy

Matthew Powell, center, poses for a photograph with Susan and Steve Smith. Courtesy

Matthew Powell poses for a photograph with his mentor Steve Smith during one of their first meetings several years ago. Courtesy

When Shameka Kelly learned about the opportunity for her son, Matthew, to have a mentor, she was a little hesitant at first, but she said yes.

Matthew’s father lived out of state at the time - he has since died - and she thought the opportunity for him to be mentored by a godly local businessman would be a good thing. Five years later, it has been.

In the beginning, the meetings between Matthew, now 10, and his mentor Steve Smith were limited primarily to school lunches. But about three or four months into the program, Smith asked Ms. Kelly if he could take Matthew to his farm.

There, Matthew got to ride a four-wheeler, see the pigs and experience life in the country, something he thoroughly enjoyed.

Today, Matthew and Smith’s hangout times have graduated to working on projects such as building a log cabin and learning life lessons such as the value of saving money.

“He has done a lot of stuff that I can’t teach him, but Steve can teach him,” said Ms. Kelly, who likened Smith and his wife, Susan, to a second family.

Matthew looks up to Smith and wants to be like him, she said. But the Smiths and Ms. Kelly are not the only ones investing in Matthew’s life.

In addition to that relationship, Matthew participates in the Boys & Girls Club after school. Ms. Kelly said that program has helped boost his confidence when it comes to school work, an area where he was struggling. The staff helps him with his homework and teaches him about the Bible and God, Ms. Kelly said.

Matthew, the Smiths and Ms. Kelly are just one example of the life change that is happening as a result of The Mentoring Alliance, a Tyler-based ministry that seeks to “provide tangible help and eternal hope” to East Texas children and families.

The ministry aims to do this through three programs: Gospel Village mentoring, the Boys & Girls Clubs of East Texas and Rose City Summer Camps.

This year marks the first time all three components have been fully in place and leaders are excited about the opportunities to impact lives.

More than three years ago Kevin East arrived at the Boys & Girls Clubs of East Texas with a mission. The board had hired him as the nonprofit’s new president and he had some work cut out for him.

The organization’s staff and longtime board members had a passion for helping kids, but they felt they weren’t doing it well, he said.

They wanted him to bring clarity and focus to the organization and to take it in a new and more effective direction.

At the time the Boys & Girls Club operated 11 afterschool programs, but the board members and staff felt they could do more to help kids in a bigger way.

One of the first steps in doing that involved merging with Gospel Village, which at the time was a separate mentoring ministry started by Grace Community Church and Green Acres Baptist Church.

Gospel Village ministry leaders were considering creating an independent nonprofit out of the mentoring program, but East suggested an alternative: a merger.

The three parties agreed, and in spring 2014, Gospel Village came under the Boys & Girls Clubs of East Texas umbrella.

With a larger mission and vision, local organization leaders decided a rebranding of sorts was in order.

In 2015, the nonprofit Boys & Girls Clubs of East Texas was renamed The Mentoring Alliance, which became the umbrella organization for the Boys & Girls Club, Gospel Village and Rose City Summer Camps.

The idea is to “surround and support” children throughout the year, East said. The goal is to have children involved in all three programs so they have positive relationships and experiences after school, on the weekends and in the summer.

With the nonprofit operating on all four cylinders, the question is, how effective is it at accomplishing its goals?

The nonprofit has hired Excellence in Giving, a Colorado-based company, to help measure its effectiveness.

As part of this process, Tyler ISD is providing data to The Mentoring Alliance regarding the discipline referrals, attendance and academic performance of selected students who are involved in Mentoring Alliance programs and whose parents have approved the sharing of that data.

In addition, the nonprofit surveys mentors, children, parents and staff to gain feedback about its work.

This data collection will continue so that The Mentoring Alliance can analyze its effectiveness on an ongoing basis, East said.

With this step, the program will pair mentors with students at eight TISD schools.

In the past two years, the mentoring program has gone from just more than 40 mentor/mentee relationships to 170. The goal is to reach 225 by year’s end.

“I think it’s just been the Lord’s grace and His mercy,” Oby said of the program’s growth. “We think His hand is really on the ministry. That has been the primary deal.”

Tyler resident Mary Montiel, who has three children with mentors, said she has watched them mature because of their relationships with their mentors and their experiences at Rose City Summer Camps.

“They care more about other people …” she said of her children. “It’s a touching experience to see ... how they’ve grown emotionally and in their self-esteem. I’m just very grateful that this program got started and I’m a recipient of it and they’re able to (reach) a lot of kids as well.”

The Mentoring Alliance - A Closer Look

13 locations in Tyler and Bullard

850 students served is the goal

Licensed by the Texas Department of Family and Protective Services

5 churches have direct partnerships with schools

Visit www.thementoringalliance.com for information about the nonprofit organization or to see how you can get involved.