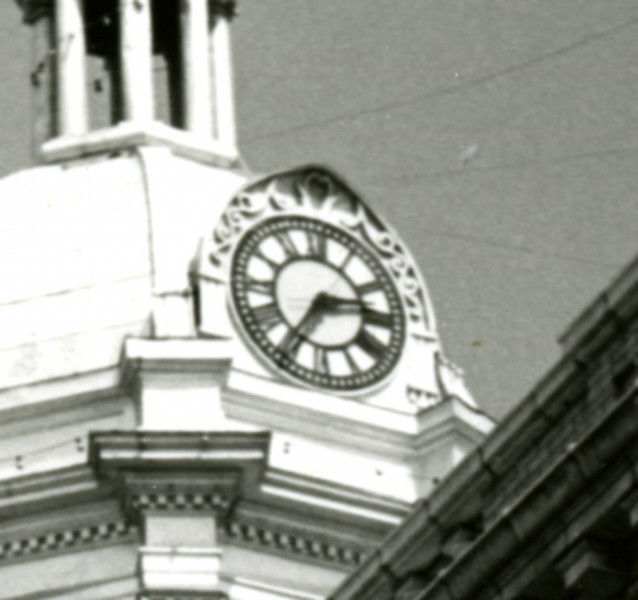 Two repurposed original clock faces from the 1909 courthouse were installed Monday and Tuesday in the northeast corner of the city of Tyler’s Fair Plaza parking garage, which nears completion. (Courtesy) 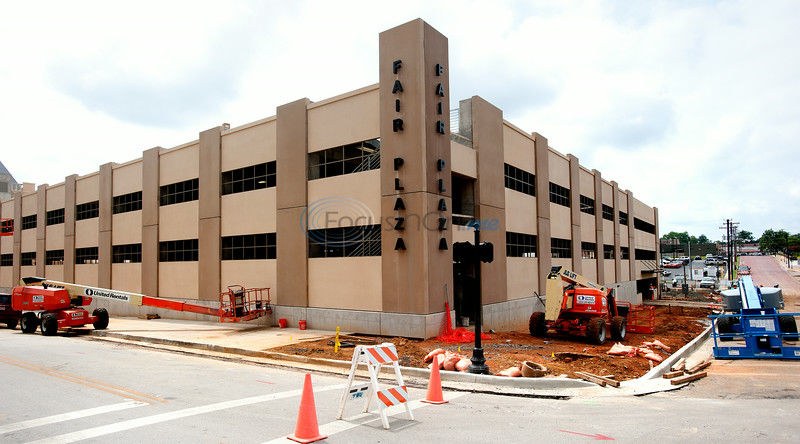 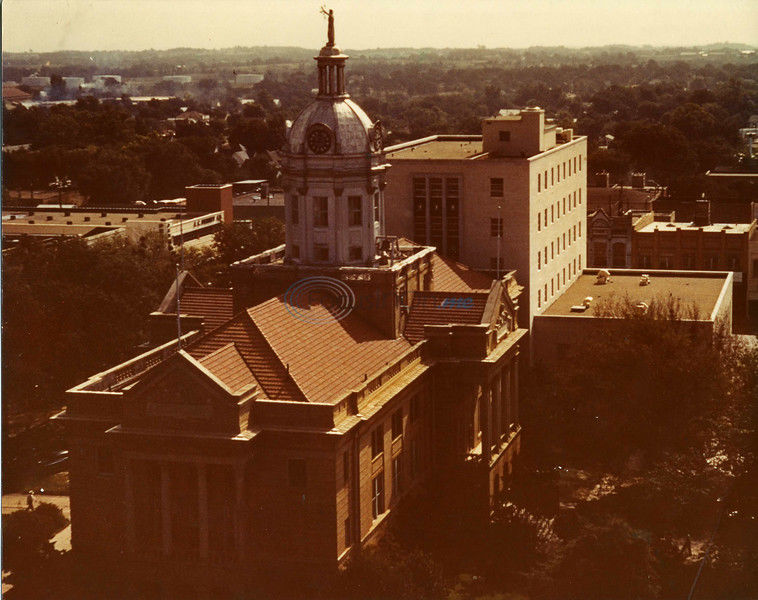 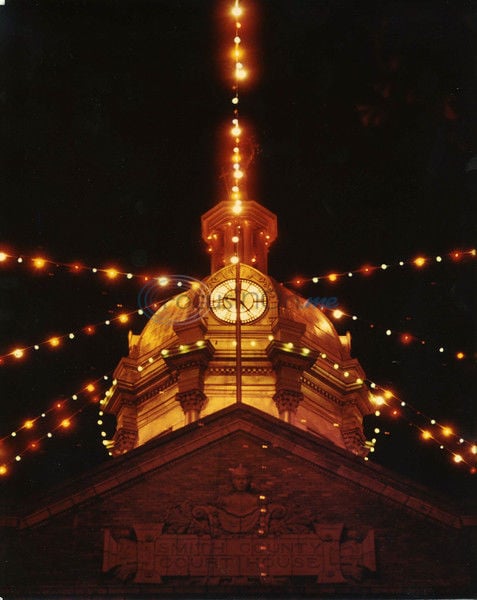 Giuseppe “Joe” Zeppa saved pieces of Tyler-Smith County history: clocks from the 1909 courthouse, which will soon be chiming the hours after nearly 60 years in storage. 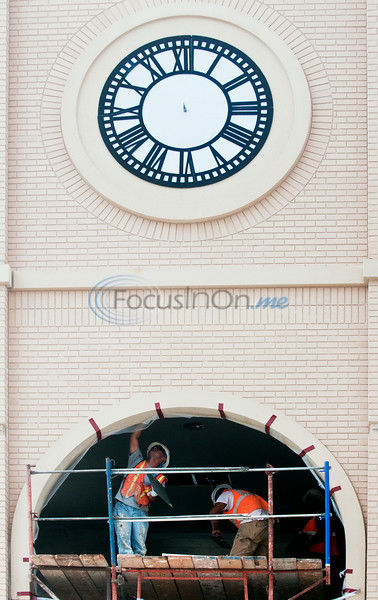 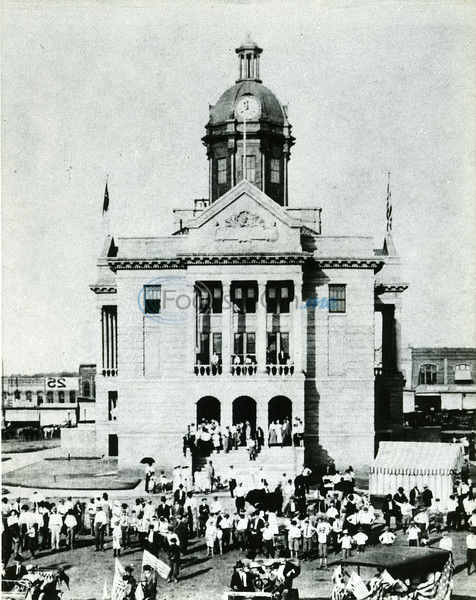 Two repurposed original clock faces from the 1909 courthouse were installed Monday and Tuesday in the northeast corner of the city of Tyler’s Fair Plaza parking garage, which nears completion. (Courtesy)

Giuseppe “Joe” Zeppa saved pieces of Tyler-Smith County history: clocks from the 1909 courthouse, which will soon be chiming the hours after nearly 60 years in storage.

The town clock represented a universal centerpiece for the small Italian town Giuseppe "Joe" Zeppa lived in until he was 12 years old. Chiming bells announced every passing hour for shopkeepers, children at play and farmers in the fields.

Zeppa's forethought saved pieces of Tyler-Smith County history, clocks from the 1909 courthouse, which will soon be chiming the hours after nearly 60 years in storage.

Two repurposed original clock faces from the courthouse were installed Monday and Tuesday in the northeast corner of the city of Tyler's Fair Plaza parking garage, which nears completion.

"The town clock was a fixture in his life that stayed with him," said Keating Zeppa, Joe Zeppa's son. "I think he had a soft spot in his heart for (the clocks) and didn't want to see them lost."

The 1909 courthouse dome was adorned by four black, cast-iron clock faces, 6 feet in diameter, with Roman numerals and wooden hands facing north, east, south and west. The clocks kept time on Tyler's square from 8:45 a.m. Feb. 10, 1910, until the courthouse was torn down in 1955.

Joe Zeppa, founder of Delta Drilling Co. in Tyler, purchased the clocks along with other items, including the statue of Themis, Greek goddess of justice, displaying her sword, and scales and desks used by former judges. He stored the clocks for decades before donating them to the Smith County Historical Society in 1977.

In 1965, Zeppa told the Tyler Courier-Times--Telegraph he purchased the courthouse items to save them from the scrap heap.

Sam Kidd, of the historical society, said the clocks represent a significant piece of the historic courthouse, which faced a controversial end when it was torn down to make way for Broadway Avenue.

"The clocks were important to early 20th century downtown Tyler," Kidd said. "Downtown ran according to the clocks."

Project architect Jason Jennings, senior associate at Butler Architectural Group, was researching ideas for the Broadway-facing facades. He wanted to incorporate design features from downtown's past and a signature feature at the northeast corner.

Kidd suggested he look at the courthouse clocks.

Jennings said the clocks fit perfectly with both the aesthetic and operational design, but more importantly, they give historic credibility to a new structure with historically accurate features.

"Besides being a working piece of trivia tied to the courthouse, it puts the clock back in action as a working part of downtown Tyler again," Jennings said.

The historical society agreed to loan the clocks to the city in exchange for a renovation.

After decades of storage in the basement of the former Carlton Hotel, the clocks were restored by St. Louis-based clock specialists Americlock.

James Androuais, of Americlock, said each cast iron clock face weighs around 250 pounds and was cast in 1909 by E. Howard Watch and Clock Co. clock makers in Boston.

Androuais said the original clock faces were cast molded and pieced together. Over the decades numbers and pieces had cracked or broken, so the four original faces were repurposed to make the two installed in the parking garage.

The original pine hands won't be used, Androuais said. But the originals were used to create new historically accurate counterbalanced hands, he said.

"It's nice to see the final product and to see that these clocks return to usefulness instead of sitting in storage," he said.

Smith said the city has not decided on a chime — several options are available. He said the city also would be able to program different chimes for special events or holiday seasons.

"The old courthouse was so iconic, it was a work of art, and it's a shame it's gone, but to be a part of bringing it back to life for future generations is an honor," he said.

There have been different ideas about bringing the clocks back to life, in a "campanile," or bell tower, or in other building projects along Broadway over the past six decades.

Keating Zeppa said he's happy the clocks were put back into use. They don't do anyone any good collecting dust, he said.

"At least it gives a solid feeling to the downtown area again," he said, "that this is the center of Tyler, Texas."